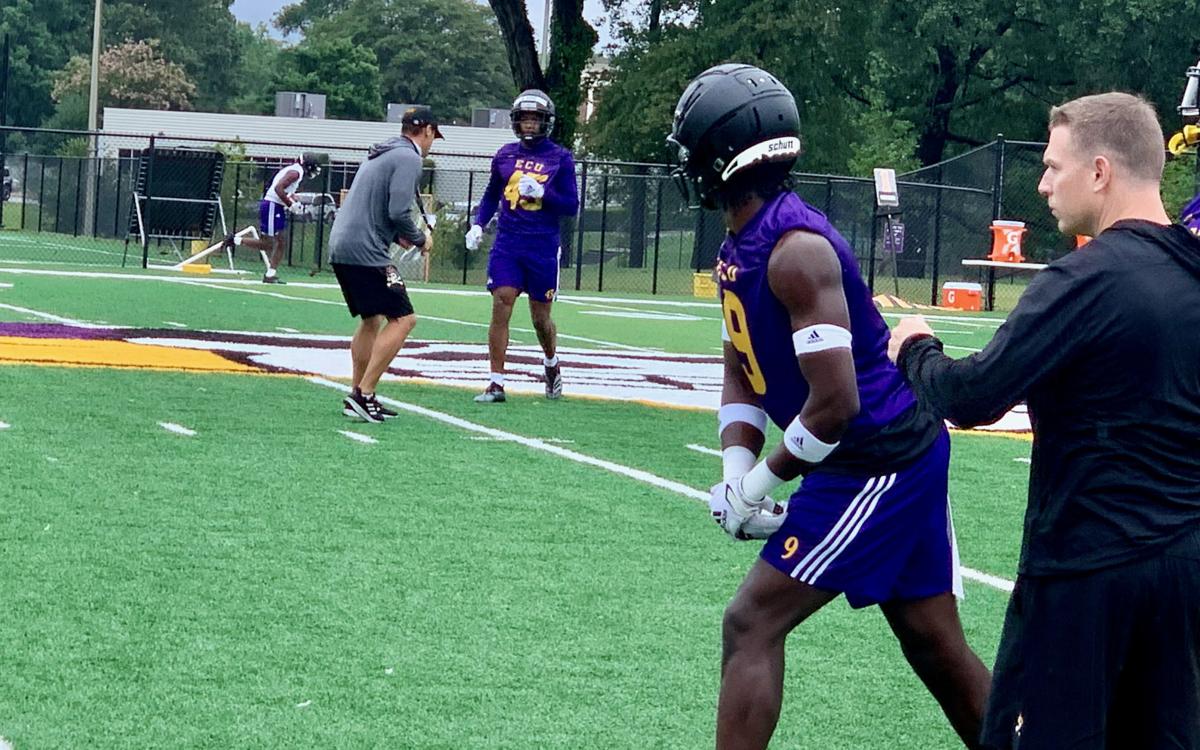 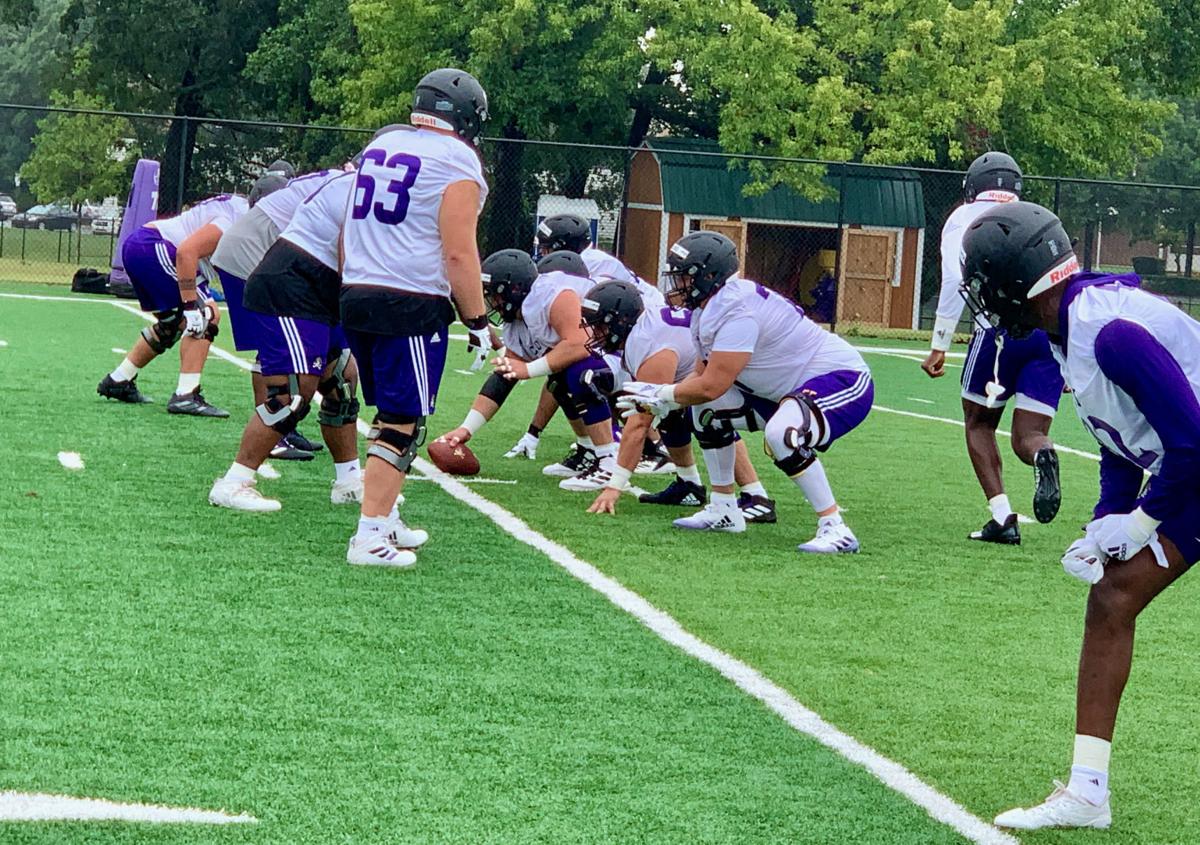 East Carolina football players line up against each other during practice Wednesday morning. 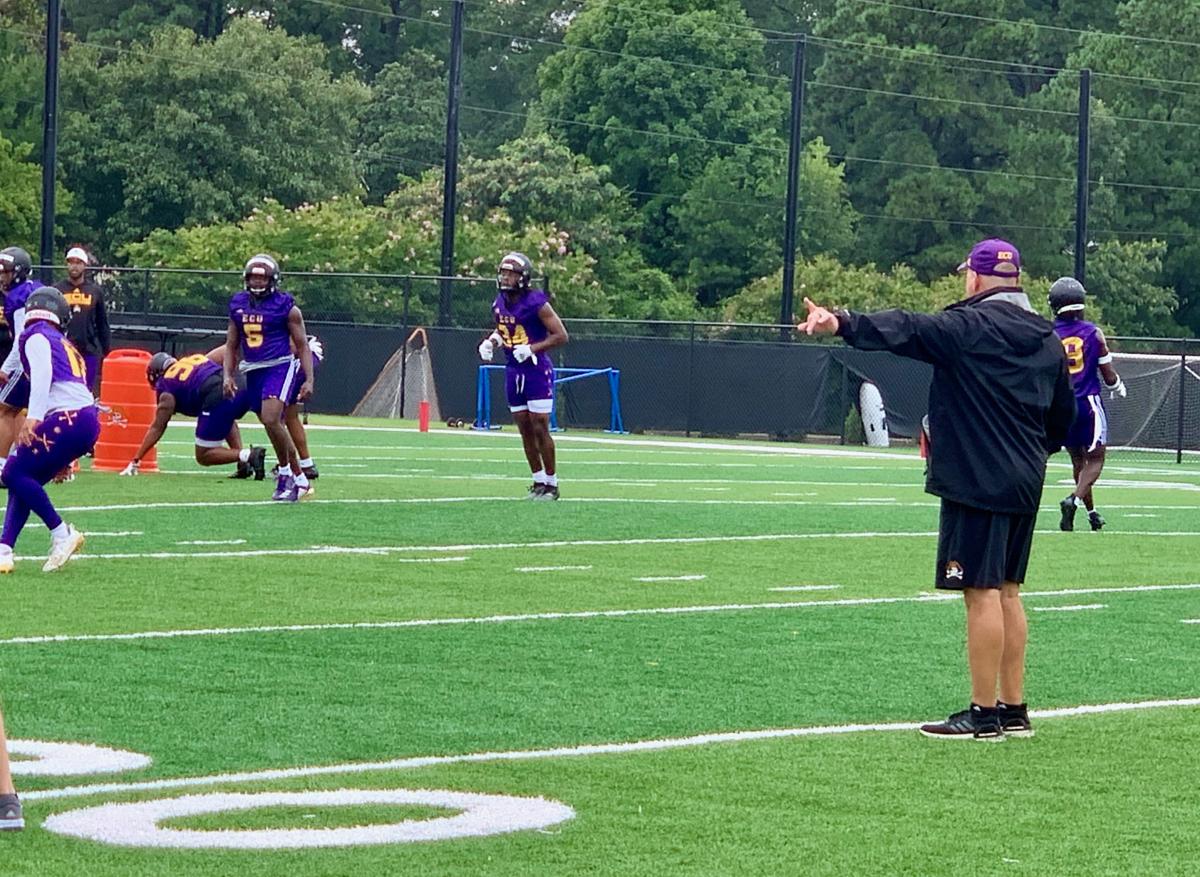 East Carolina football coach Mike Houston directs defensive players back to the sideline during a drill Wednesday at ECU practice.

East Carolina football players line up against each other during practice Wednesday morning.

East Carolina football coach Mike Houston directs defensive players back to the sideline during a drill Wednesday at ECU practice.

East Carolina football coach Mike Houston has a laser focus on the day-to-day process of preseason practices, but he has thought at least some about how his team might execute Sept. 2 against Appalachian State.

Much of the anticipation stems from how ECU and other teams have transitioned away from a mainly disjointed 2020 season that was rooted in the COVID-19 pandemic and unfamiliar circumstances.

The Pirates lost their first two games a year ago as part of a 1-6 start. Their opener was a 51-28 setback to UCF at Dowdy-Ficklen Stadium.

“This is going to be so much more crisper in Game 1,” Houston, whose team practiced Thursday for its second of four straight days before being off Sunday. “A year ago in Game 1, I thought we played really hard, but we were really sloppy against a team like UCF and you can’t do that. With some of the guys with experience we have coming back, I just want to see much crisper execution as we get into padded days and into Week 2 of practice and all of that stuff compared to where we were a year ago.”

Closing wins against Temple and SMU gave the Pirates a 3-6 record. They were 3-5 in the American Athletic Conference, which marked their most league wins since also going 3-5 in 2015.

“We were playing with great physicality, and I really loved the way we played defensively at the end of last year,” Houston said.

On offense, there is optimism surrounding improving offensive linemen and the potential explosiveness of the second-year freshman backfield duo of Rahjai Harris and Keaton Mitchell, who rushed for a combined 1,067 yards last season. Because of NCAA-adjusted pandemic rules, their first college season did not count against their four remaining seasons of eligibility.

“When you can run the football, it opens up the pass and helps you win games,” said quarterback Holton Ahlers, who himself has been a running threat throughout his three-year career to the tune of 13 rushing touchdowns to complement 51 passing TDs and 22 interceptions. “Late in games when you have to run down the clock to win a game or you have to drive the football down the field, it’s not always going to be the pass. We’ve seen that in the games we’ve won, we’ve had to run the ball in key situations.”

Light rain fell as ECU officially began its preseason Wednesday morning. There also is the possibility for cloudy conditions and scattered thunderstorms this weekend.

“It’s good to get some moisture, and it makes people work on handling a wet ball,” Houston said. “I didn’t ideally want it Day 1 with some guys in their first college practice, but it is what it is and you have to deal with it and we got through it and functioned just fine.”