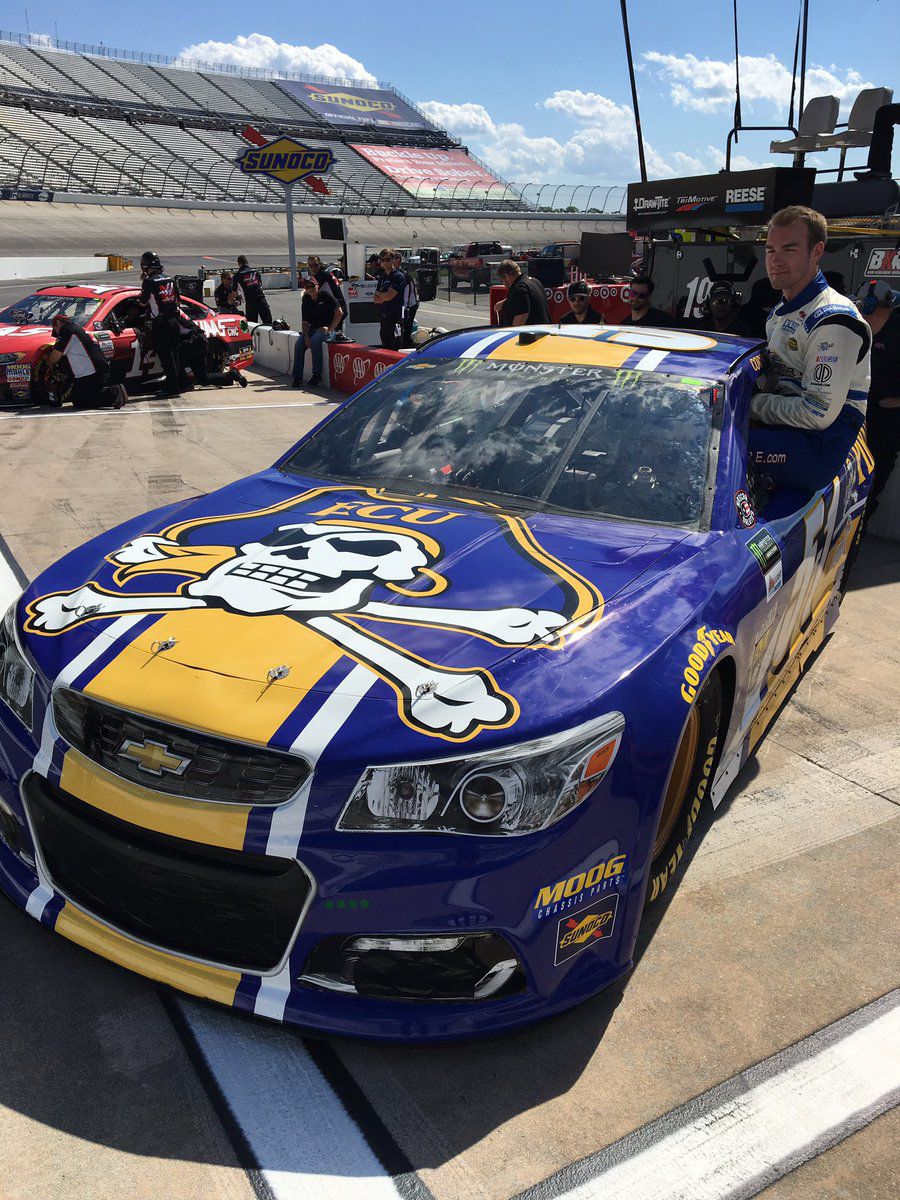 Driver Cody Ware sits in the window of the Rick Ware Racing car sponsored by East Carolina on June 4 at Dover International Speedway. 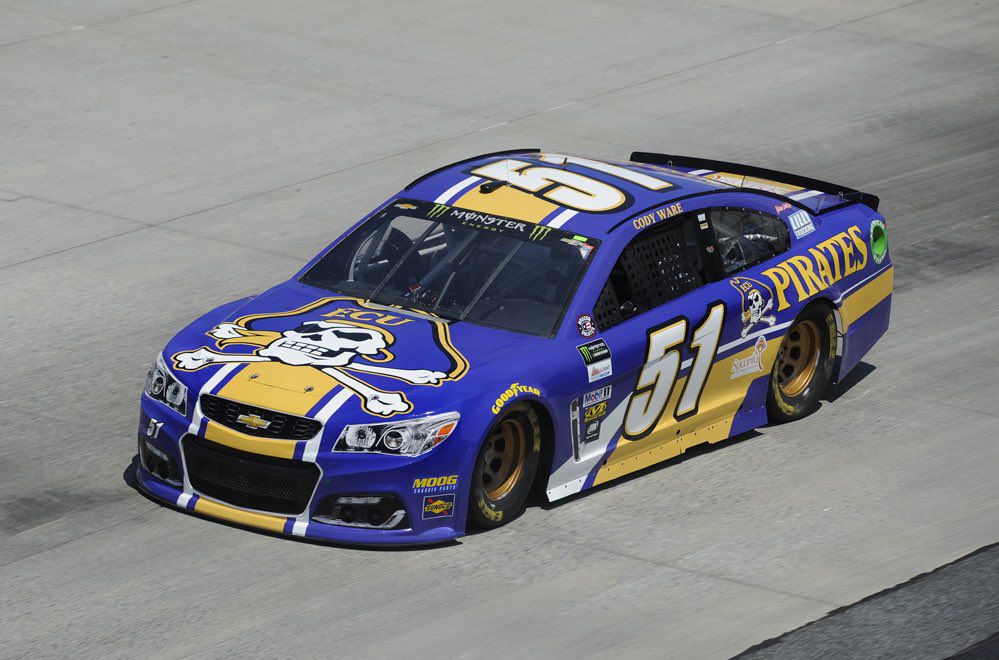 Driver Cody Ware sits in the window of the Rick Ware Racing car sponsored by East Carolina on June 4 at Dover International Speedway.

East Carolina’s foray into NASCAR sponsorship has hit a wall.

Sunday’s Monster Energy Cup Series race at Indianapolis Motor Speedway was slated to be the second of a three-race deal in which Rick Ware Racing’s No. 51 Chevrolet featured ECU’s colors and logos.

The race team informed the university Wednesday that it is going in a different direction because the sponsorships it expected the purple and gold car to generate did not materialize.

The original deal was announced May 28, an agreement in which the race team would decal its car at no cost to ECU as part of an initiative to introduce colleges and universities from across the country to the world of NASCAR marketing.

That plan, however, was contingent on the racing team securing paid sponsorships, ostensibly from Pirate supporters, to offset the cost. The No. 51 car was purple and gold at Dover International Speedway on June 4, a race in which driver Cody Ware finished 35th, but the team ran largely out of pocket.

According to Rick Ware Racing marketing director Bryan Clodfelter, the lack of sponsorships will force the No. 51 car, driven this week by B.J. McLeod, to take the track at Indy without a skull and crossbones on the hood.

“I’ve been in touch with the athletic department and the Pirate Club and we’ve worked on a lot of different ways, but with the product we’ve put out and priced, I would’ve thought it would have easily sold, but it just didn’t,” Clodfelter said. “The last time (at Dover), we just lost way too much money. We’ve had meetings with the team owner and we just decided we can’t afford to lose as much as we did last time.”

Clodfelter said he has talked with potential sponsors in Greenville and across the state about sponsoring the car but was unable to drum up support. He said the team would have needed to secure at least $10,000 to put ECU decals on the car this weekend but hasn’t ruled out a future race.

The ECUAthletics Twitter account posted Wednesday at 5 p.m.: “We thank RWR for their partnership at Dover and hope corporate sponsors will be in place before the race in Richmond on Sept. 9, thus allowing ECU to return to the track.”

Clodfelter added that the team is actively pursuing sponsors to make that happen for the Richmond race. He said businesses that may be interested in partnering with the race team to sponsor the car can contact him at bryan@wareracing.com.

“We’re certainly disappointed to not be out there at Indy,” said Greg Herring, ECU assistant athletic director for marketing and sales. “When we learned they weren’t going to be able to get those sponsors, we were disappointed, but it’s a business. They’ve got to be able to pay for that car, and if they’ve got to find other opportunities that paying sponsors can bring that car, I get it. It’s just part of racing.”

Despite the hiccup for Indy, fan interest surrounding the car after its initial run at Dover was strong enough to commission a 1:24 scale die-cast collectible toy car complete with detailed logos that match the car as it was on the track.

Fans can purchase one through East Carolina’s official online athletic store, or by contacting Clodfelter at his email address.

Herring said Rick Ware Racing has informed ECU that the Pirates’ paint scheme and logos will be on the No. 51 car in NASCAR Heat 2, the officially licensed NASCAR video game produced by 704Games. That game will be released Sept. 2.

Additionally, Herring said the design and production of T-shirts featuring the car are in the works.