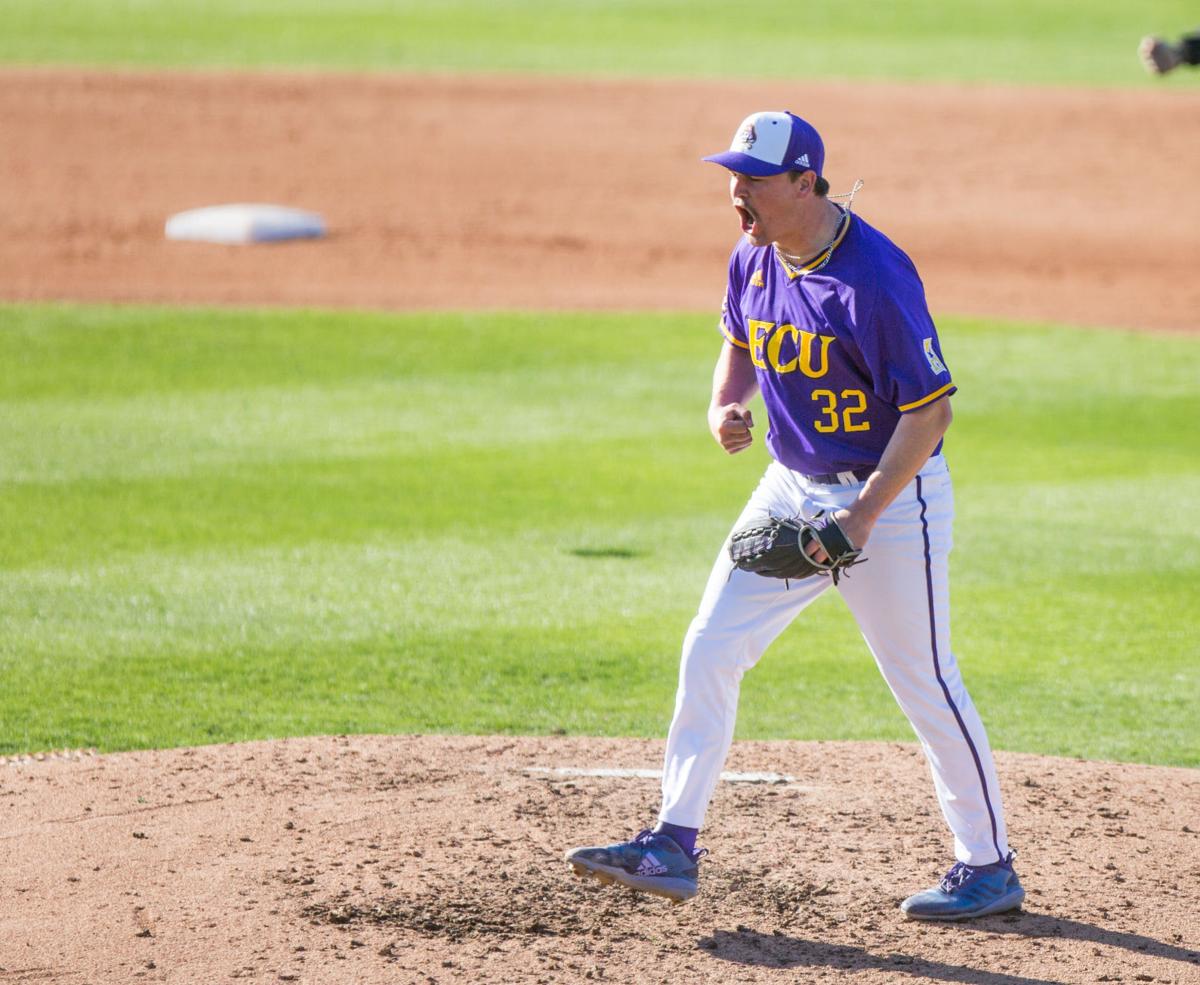 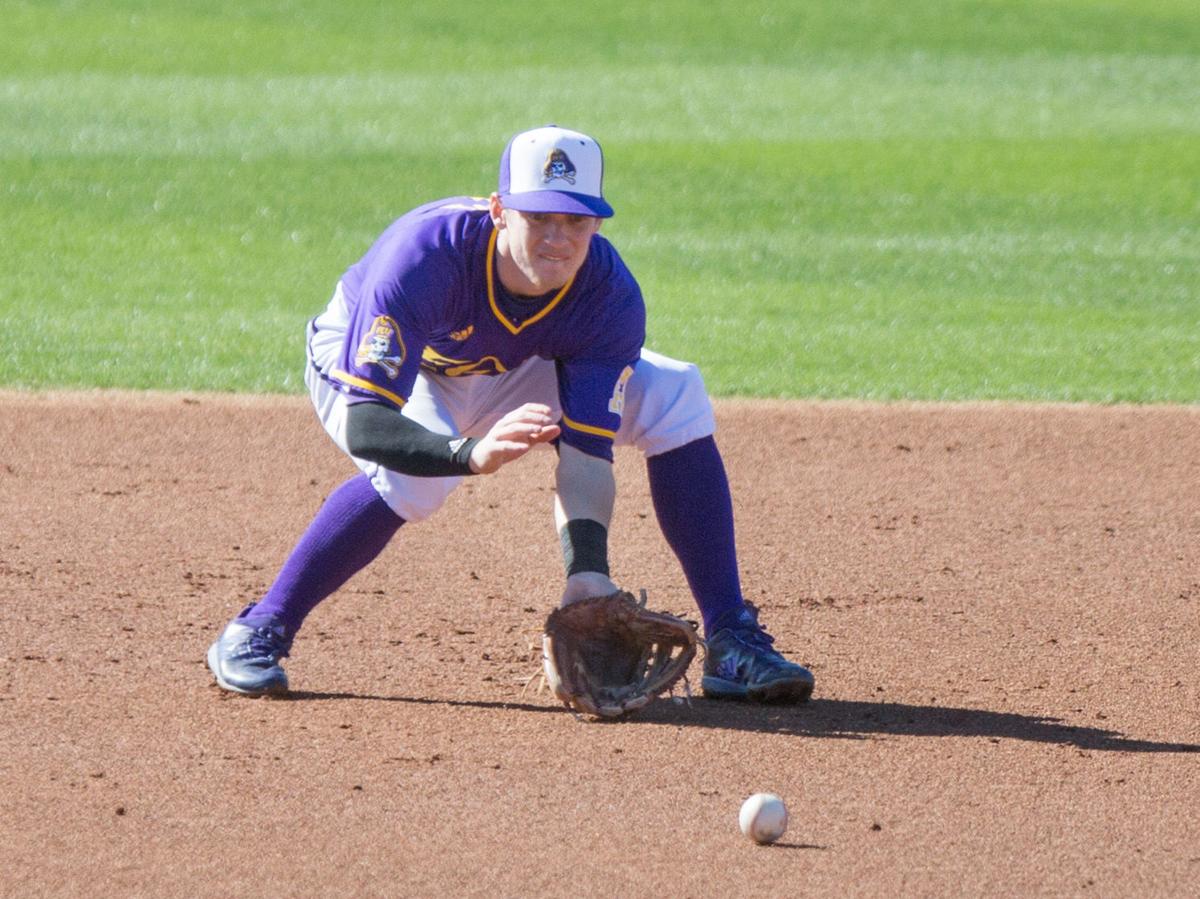 From Matthew Mika’s long, drawn-out bat flip for the visiting Knights on Friday night to ECU closing out a sweep Sunday in a tight game, players were aware of the importance of outcomes.

ECU (18-6) led by one run during the ninth inning of the finale when pitcher Alec Burleson fielded a bunt with one out and retired Ray Alejo trying to slide in at home plate for the tying run. As shortstop Turner Brown drifted into shallow left field to catch a pop-up for the final out in the 6-5 victory, Brown and Burleson both were demonstrative in their emotions of securing the sweep.

“I let my pitching talk for itself and did get a little emotional right there at the end, but that’s the game of baseball,” Burleson said. “The more you show emotion, the more you are into it. ... I obviously wanted to go out there in the crucial innings and be able to pull through for my team, so I was glad to be able to do that.”

No Pirate starter pitched past the fifth inning, but the bullpen was solid in preserving late leads in all three games.

“It was a really a gutsy performance by our entire pitching staff, because none of those guys probably felt fresh but were able to go out there,” Pirate coach Cliff Godwin said Sunday.

The Pirates do not have a midweek game until hosting Duke on April 3.

ECU was in the 50s late last week in the RPI rankings and moved up to No. 33 on Monday.

East Carolina made a jump to No. 14 in the D1baseball.com rankings on Monday and also moved up one spot to No. 13 in the Baseball America Top 25.

UCLA remained No. 1 in both polls. ECU was the only AAC team to record a league opening-weekend sweep and is still the only American team ranked nationally.

“Winning these three games was huge and being 3-0 instead of 2-1, so it helps you out for the long run,” Brown said of sweeping the Knights (15-9).

N.C. State (23-1) continued to raise its national profile with a weekend sweep at Miami. The Wolfpack is now ranked No. 5 in both major polls.

The D1baseball top five is UCLA followed by Mississippi State, Stanford, Georgia and N.C. State. North Carolina is No. 16.

A first for Brickhouse

Spencer Brickhouse’s hitting during the UCF sweep garnered him a first-career American Athletic Conference player of the week nod on Monday.

The junior first baseman/left fielder batted .500 (6-for-12) for the weekend with a pair of home runs, eight RBIs and five runs scored. His three-run homer was the big hit in Saturday’s 7-4 victory, and he hit a key solo shot Sunday.