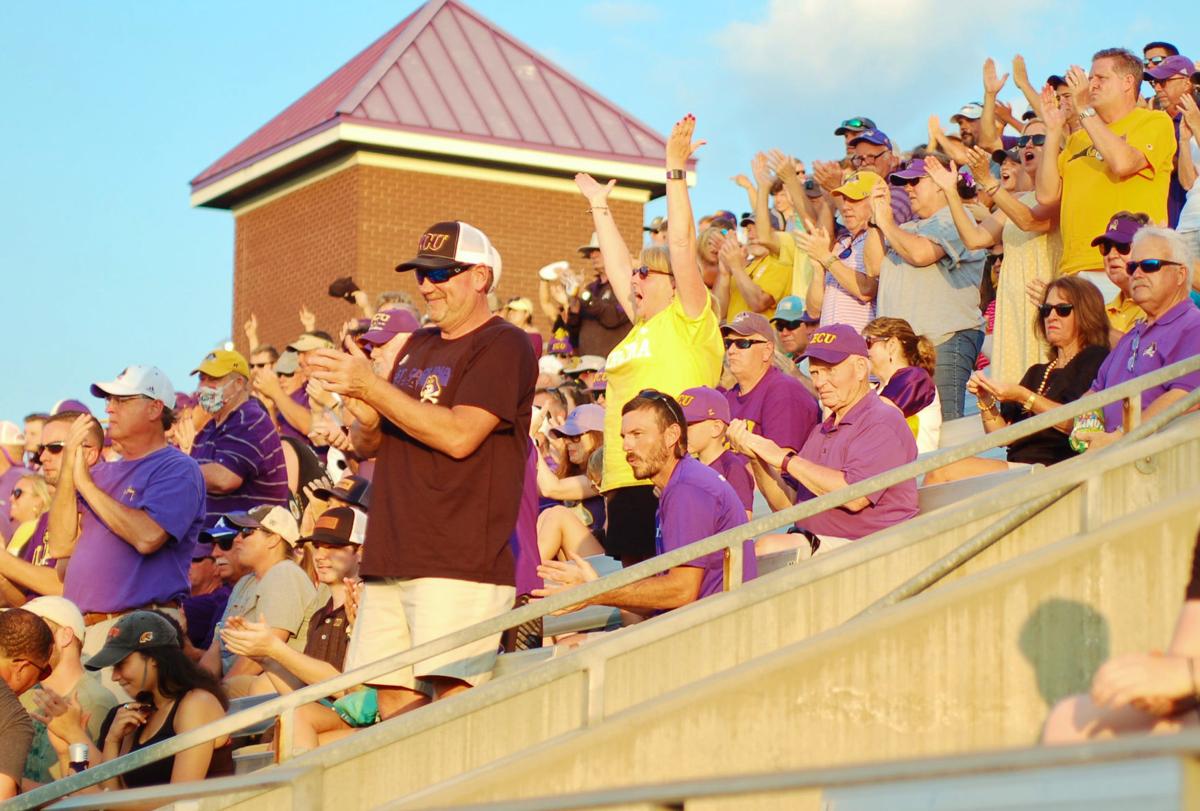 East Carolina fans cheer for the Pirates at Clark-LeClair Stadium during the NCAA Greenville Regional, which ECU won with wins each over Norfolk State, Charlotte and Maryland. 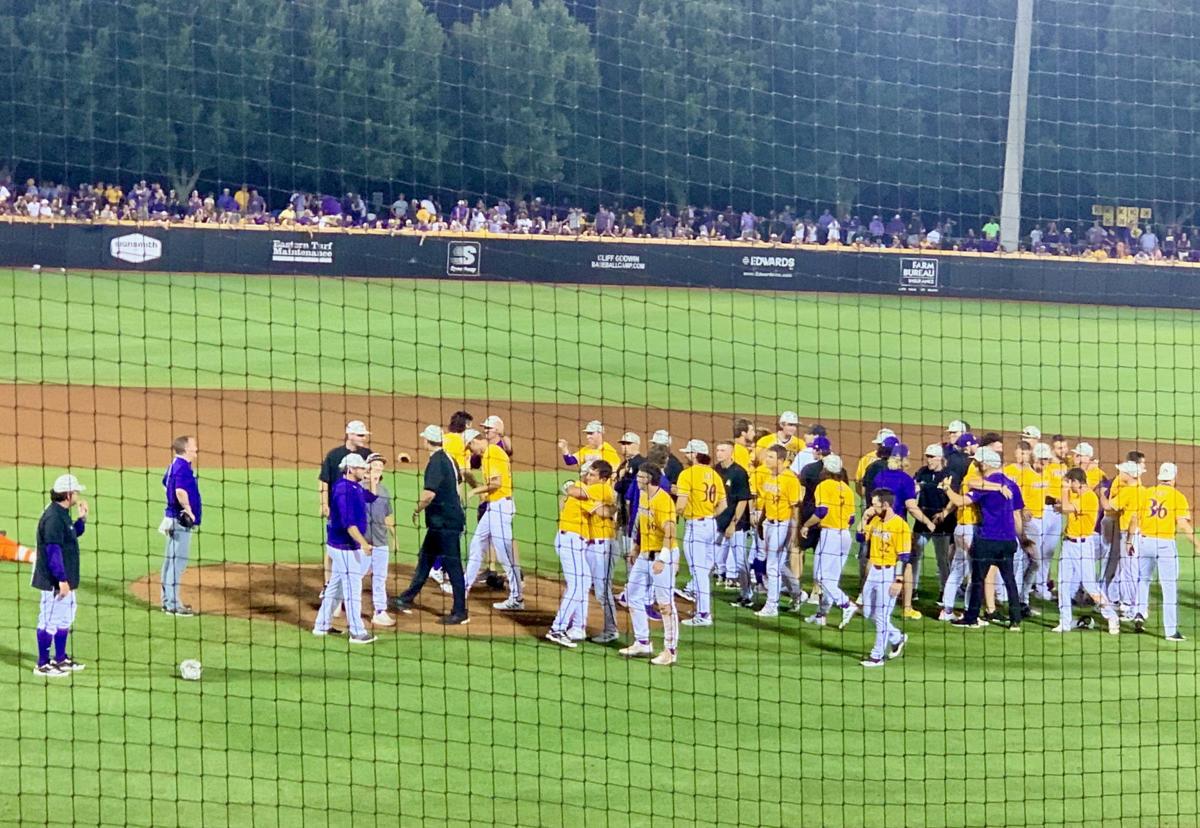 East Carolina fans cheer for the Pirates at Clark-LeClair Stadium during the NCAA Greenville Regional, which ECU won with wins each over Norfolk State, Charlotte and Maryland.

The stage is set for them to meet in Nashville, Tenn., for a best-of-three NCAA baseball super regional series after each team enjoyed an unbeaten regional championship run.

For ECU, there was a sense of freshness late Sunday night after a 9-6 championship victory over Maryland at Clark-LeClair Stadium. It differed from 2019, when ECU had to rally and battle through the losers’ bracket to win the Greenville Regional before going 0-2 at the Louisville Super Regional.

“There’s some value in (going 3-0), because I can tell you having to go through the losers’ bracket that we played five games in pretty much two and a half days (in 2019),” Pirate coach Cliff Godwin said. “That was tough on our guys. We were tired. I remember breaking the huddle at the practice day at Louisville, and I saw our guys move and I go, ‘Uh-oh, that isn’t going to be good.’

“They gave us everything we had, but the team Louisville saw was not the team that had played all year. We just had to do a lot to get through the regional in 2019.”

ECU (44-15) is the No. 13 overall seed for the NCAA tournament and will be an underdog to No. 4 Vandy, the 2019 national championship winner with pitching stars Kumar Rocker and Jack Leiter leading their starting rotation.

Pirate ace Gavin Williams (117 Ks, 19 BBs, 74.0 IP) opposed by Rocker could be a juicy ESPN primetime matchup to begin the Nashville Super Regional, but it was ECU reliever Matt Bridges who was named the Greenville Regional Most Outstanding player thanks to his consistency each day. The sixth-year senior recorded the save in the championship game, was the winning pitcher Saturday night in a tense, 7-5 victory over second-seeded Charlotte and he had the save Friday versus Norfolk State.

“We’re going to empty the tank,” said Bridges, who allowed one hit with no walks and six strikeouts in 4.0 scoreless innings during the regional. “That’s all you need to know. (My arm) has more in it.”

Rocker pitched against Presbyterian during the Nashville Regional, going 7.0 innings with two hits allowed, two walks and nine strikeouts in a 10-0 victory. Vandy then beat Georgia Tech 4-3, getting 6.0 innings from Leiter with one run yielded on three hits, two walks and 11 Ks.

Patrick Reilly started the championship game, which was a 14-11, 11-inning win for the Commodores over Ga. Tech.

After ECU celebrated its regional title past 1 a.m., especially the three seniors — Bridges, Tyler Smith and Cam Colmore — in their final game at Clark-LeClair Stadium. Those three participated in the postgame news conference. They did plenty of reflecting, but Bridges, especially, was ready to talk about the next round of the NCAA tourney.

“That was definitely a cool moment, for sure, and it will go down in my memory bank, but we’re not done,” he said.