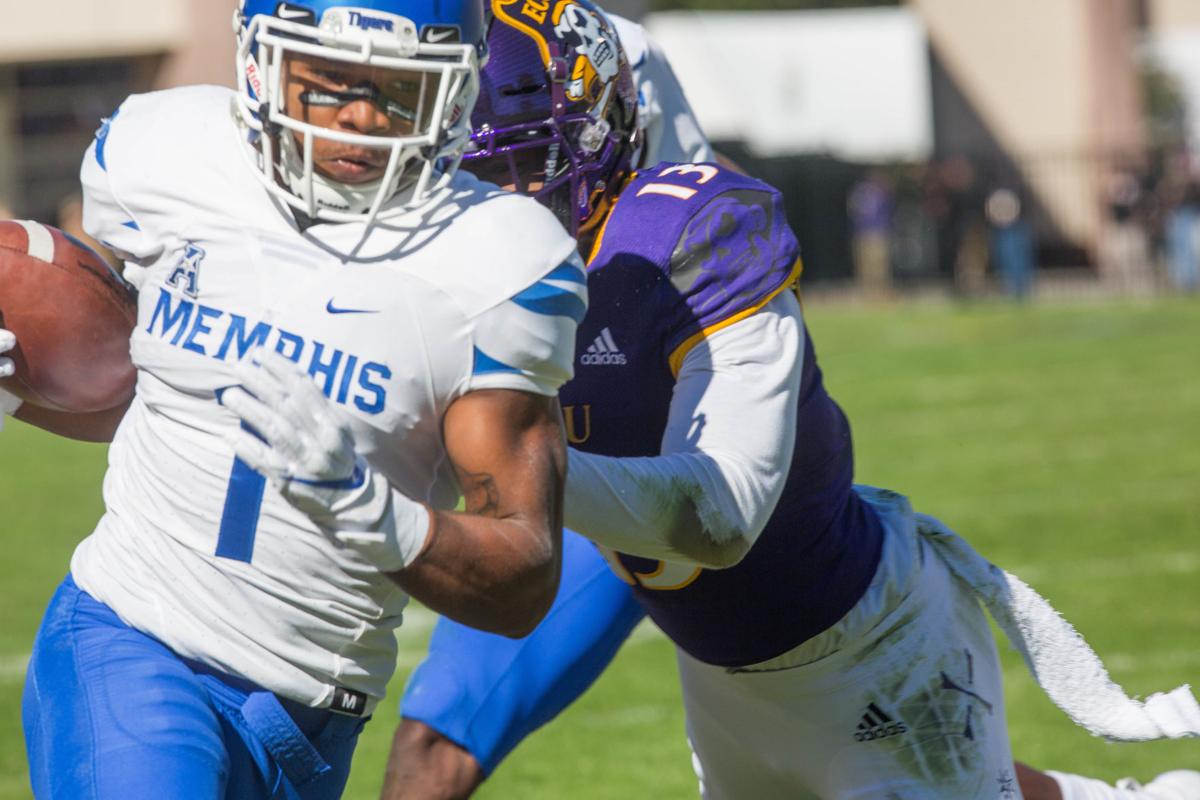 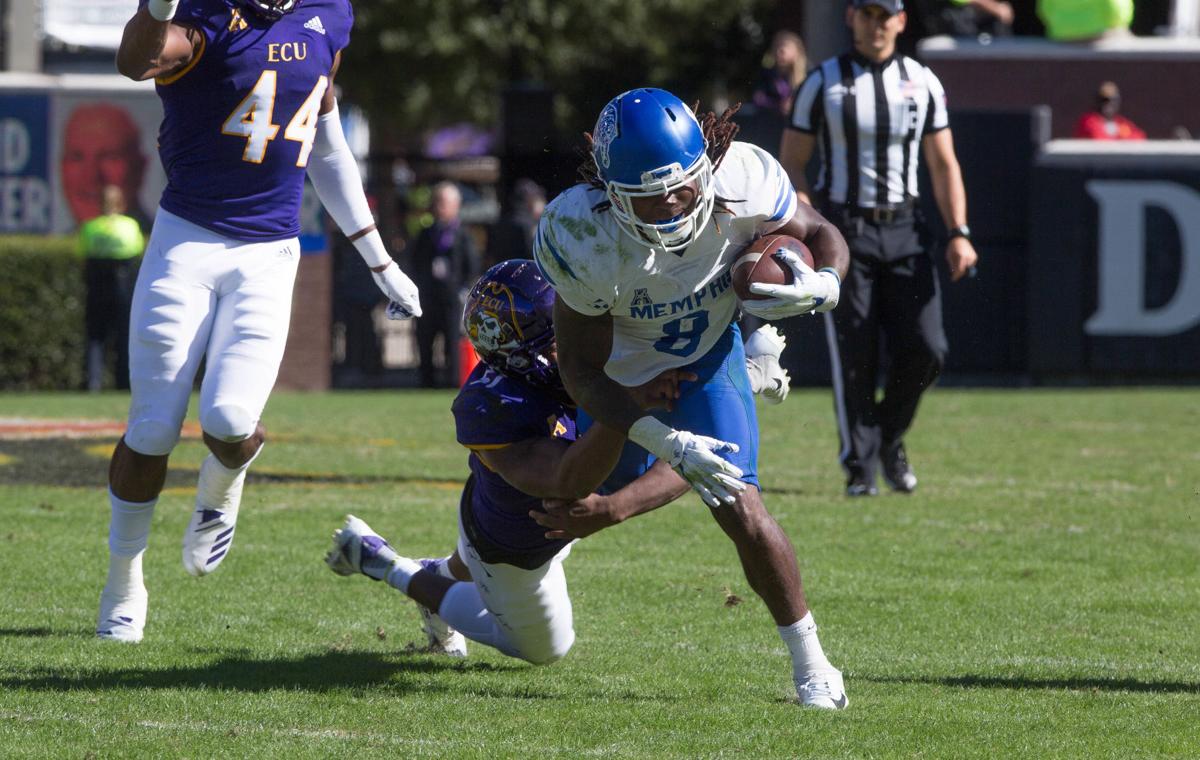 East Carolina’s total of three turnovers gained for the football season is still hindering the Pirates, but that is not all first-year defensive coordinator David Blackwell is focused on in the aftermath of a 59-41 loss to Memphis, the Pirates’ worst defensive outing of the season in an otherwise steady campaign for the unit.

The Tigers hit on two scoring passes of at least 70 yards en route to totaling 639 yards.

Blackwell said Tulane, this week’s opponent for a 4 p.m. (EST) kickoff in New Orleans, is also capable of explosive plays if the Pirates are not focused on their basics and positioned correctly in their gaps along with always looking for turnover opportunities.

“Everybody is worried about takeaways, but I’m worried about stopping people,” Blackwell said after Wednesday’s practice. “I’ve been through a season where we didn’t get hardly any takeaways, but we were one of the top defenses in the country. It all, to me, figures into everything.

Six different players ran the ball for the Green Wave most recently in a 41-15 rout at South Florida. Leading rusher Darius Bradwell produced a long run of 73 yards, and Corey Dauphine had a 41-yarder to highlight his 16 carries for 114 yards and two touchdowns.

A lot of talk this week about the ECU defense has centered around Memphis’ blocking last Saturday at Dowdy-Ficklen Stadium. East Carolina head coach Scottie Montgomery was demonstrative Monday during his weekly news conference in pointing out plays when holding was not called against the Tigers.

Memphis, which was penalized nine times for 56 yards, got a huge day from big-play running back Darrell Henderson (132 rushing yards, 72 receiving, three touchdowns) to highlight the team’s 277 ground yards on 52 carries.

Futrell said linemen have to continue to fight through blocks, even if they think they are being held.

Blackwell added that he is appreciative of Montgomery’s support, but is no doubt looking for a better performance from his unit on Saturday.

“He has our back and we appreciate that, but the bottom line is we have to play better,” Blackwell said. “We gave up (too many) first downs, and that is coaching and players not taking to coaching. There were two situations early in the game with the same call and the same formation and the first time we got off the field, but the second time we don’t because we don’t put ourselves in position to be successful.

“There are going to be missed calls in every game, but the bottom line is we have to play better defensively.”