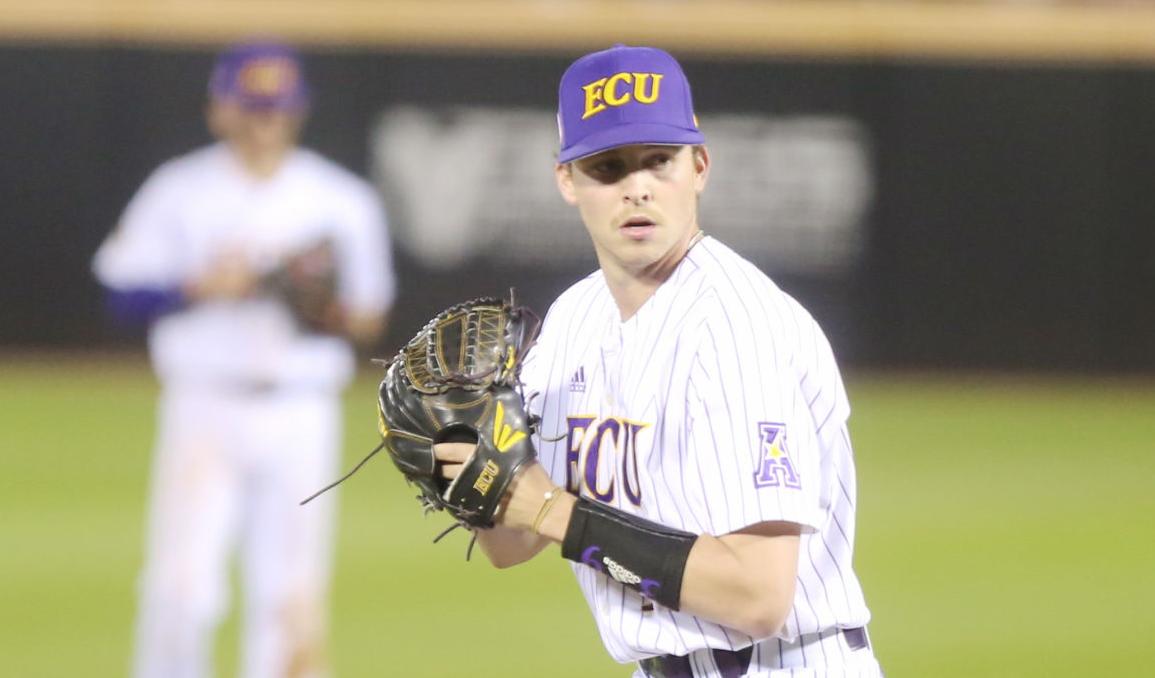 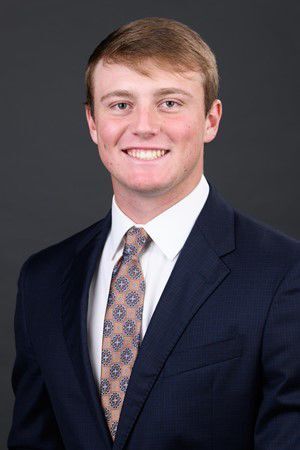 Freshman Dylan Lawson has pitched a total of 2.0 innings for the East Carolina baseball team this season, but his impact goes beyond his scant stats.

Meanwhile, Pirate pitcher Cam Colmore’s strikeout skills can be at least partially attributed to recent work with ECU volunteer assistant coach Austin Knight, who like Lawson, also has not gone unnoticed by his peers.

The evolution of strikeout sliders by ECU starter Gavin Williams and lead reliever Colmore has been key for the No. 9 Pirates.

“(The slider) has helped a pretty good amount, just throwing it every day, and Dylan Lawson should get credit for it,” Williams said last Friday after he improved his season ERA to 0.68 with a 3-0 record in 26.1 innings. “He has helped me out a lot with it. He showed me where to grip it and everything like that.”

Williams came to college already equipped with an arm capable of firing high-90s miles per hour fastballs, which even hit triple digits during games earlier in his career. Not relying solely on that overpowering fastball, however, and working in his new-look slider to also strike out batters has made Williams look this year like a more complete starting pitcher many fans, coaches and pro scouts envisioned.

Last weekend’s four-game sweep by ECU (22-5) over Cincy included Williams and Colmore each recording a new career-high in strikeouts.

Williams, a 6-foot-6, 238-pound junior who dealt with injuries dating back to his freshman season in 2018, and also during the preseason last year and this year, fanned 13 Bearcats in 6.2 scoreless innings. Colmore struck out six the next day in 3.0 scoreless innings, which featured a few Cincy hitters missing by a wide margin on breaking pitches out of the strike zone as Colmore improved to 3-0 with a save and 1.96 ERA in his sixth-year senior season.

“About a week ago, I honestly had lost complete feel for that slider, so it’s a credit to coach Knight and (pitching) coach (Jason) Dietrich,” said Colmore, a Winterville native who prepped at South Central High School, on Saturday. “In the past week, we’ve been working non-stop with the slider from both (arm) slots. Credit them, because it wouldn’t have been on today like it was without them. I’m just trusting it and just letting it rip like a fastball.”

Injuries to Williams limited him to 68.0 total innings from 2018-20, which played a part in him returning to ECU instead of being a professional pitcher this year. The 2020 Major League Baseball draft was only five rounds, and Williams made his intentions clear he wanted another shot at being a weekend starter for the Pirates.

The Pirates are 9-2 this season in games with a Colmore appearance. They are 6-0 when Williams pitched.

Williams has made four straight Friday starts, yielding two earned runs with 36 strikeouts and seven walks in 21.1 innings during that span. Those four Fridays served as the most consistent stretch of the tall right-hander’s career, and he hopes to continue that in the next series against Memphis and beyond.

ECU seventh-year coach Cliff Godwin hopes to continue to watch from a performance and team standpoint, and also because of an emotional attachment.

“Bad things happen to good people all the time, and for him to persevere through those things has allowed him to be what he is today,” Godwin said of Williams. “If he hadn’t broken his finger last year, he probably wouldn’t be back this year. I’m not saying that from a selfish standpoint, because Gavin knew he had my blessing to do whatever he wanted to with the draft last year, but he wanted to come back and prove to people that he could start, and up until this point, he has done a really good job of that. As we know, we have to stay humble and stay hungry, because if not, then you won’t put out your best work in the next time you go out there.

“I’m super proud of Gavin from a human aspect of him just staying the course, when it would have been very easy for him to felt sorry for himself and not continue to battle through things that he has.”