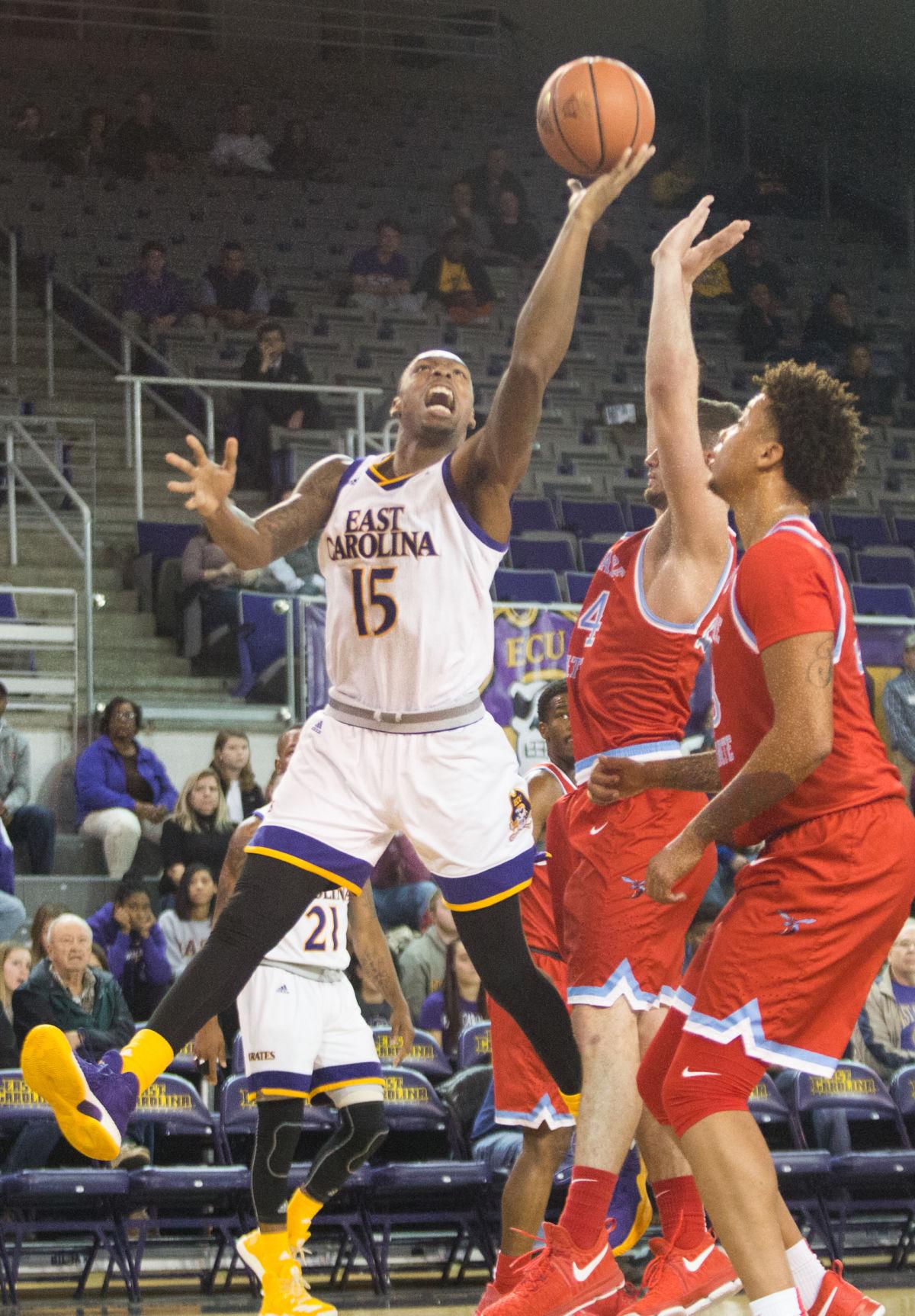 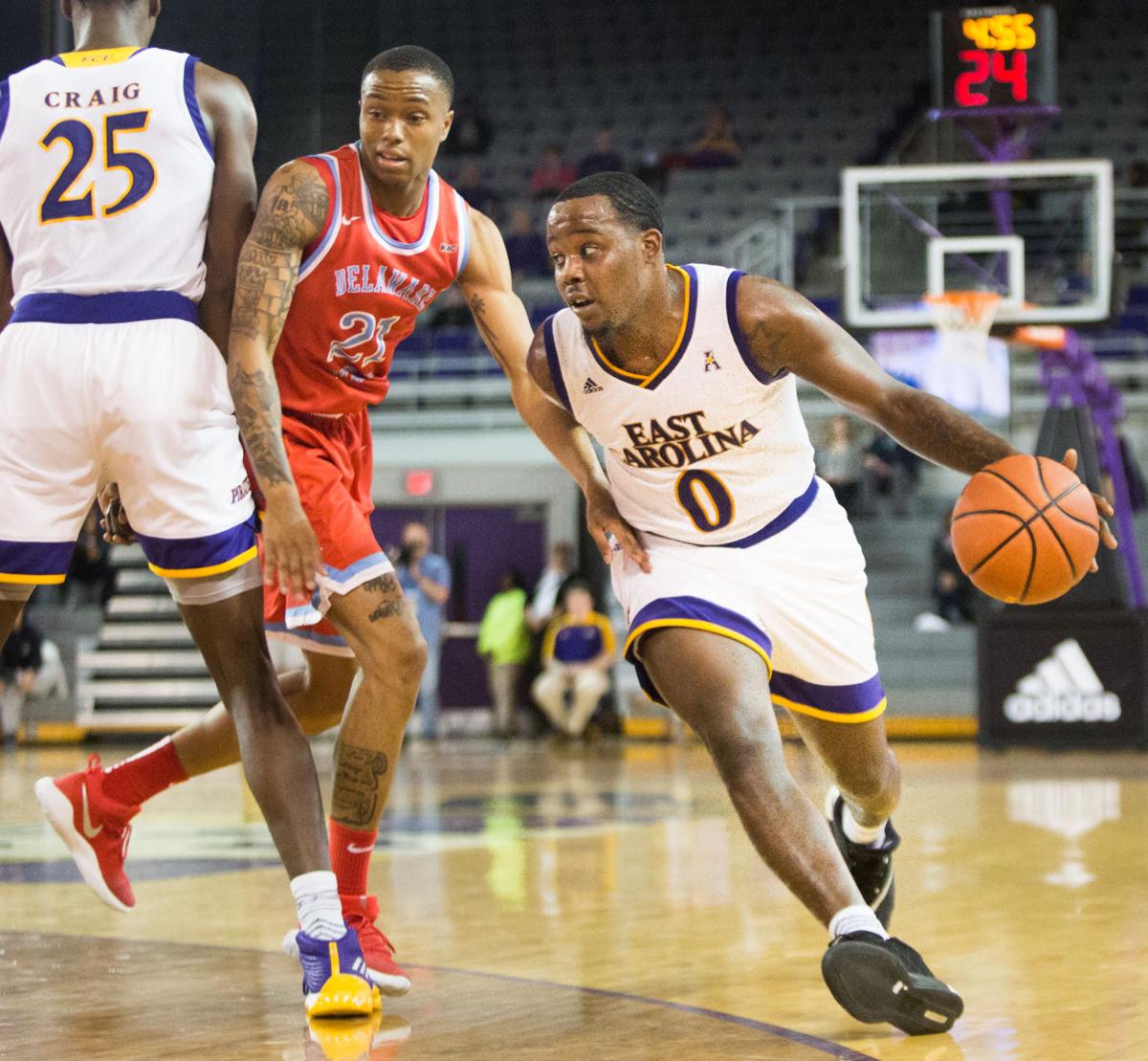 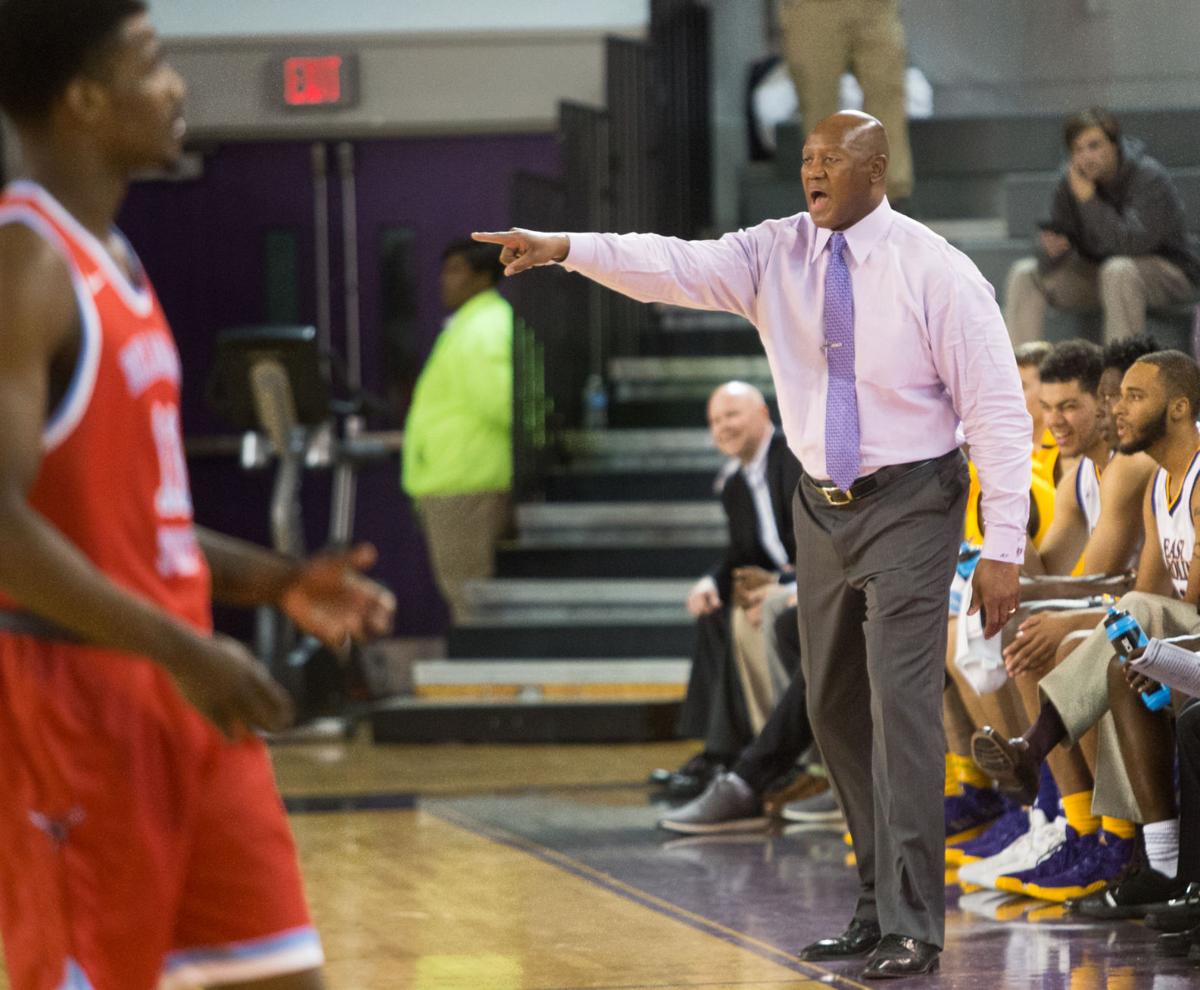 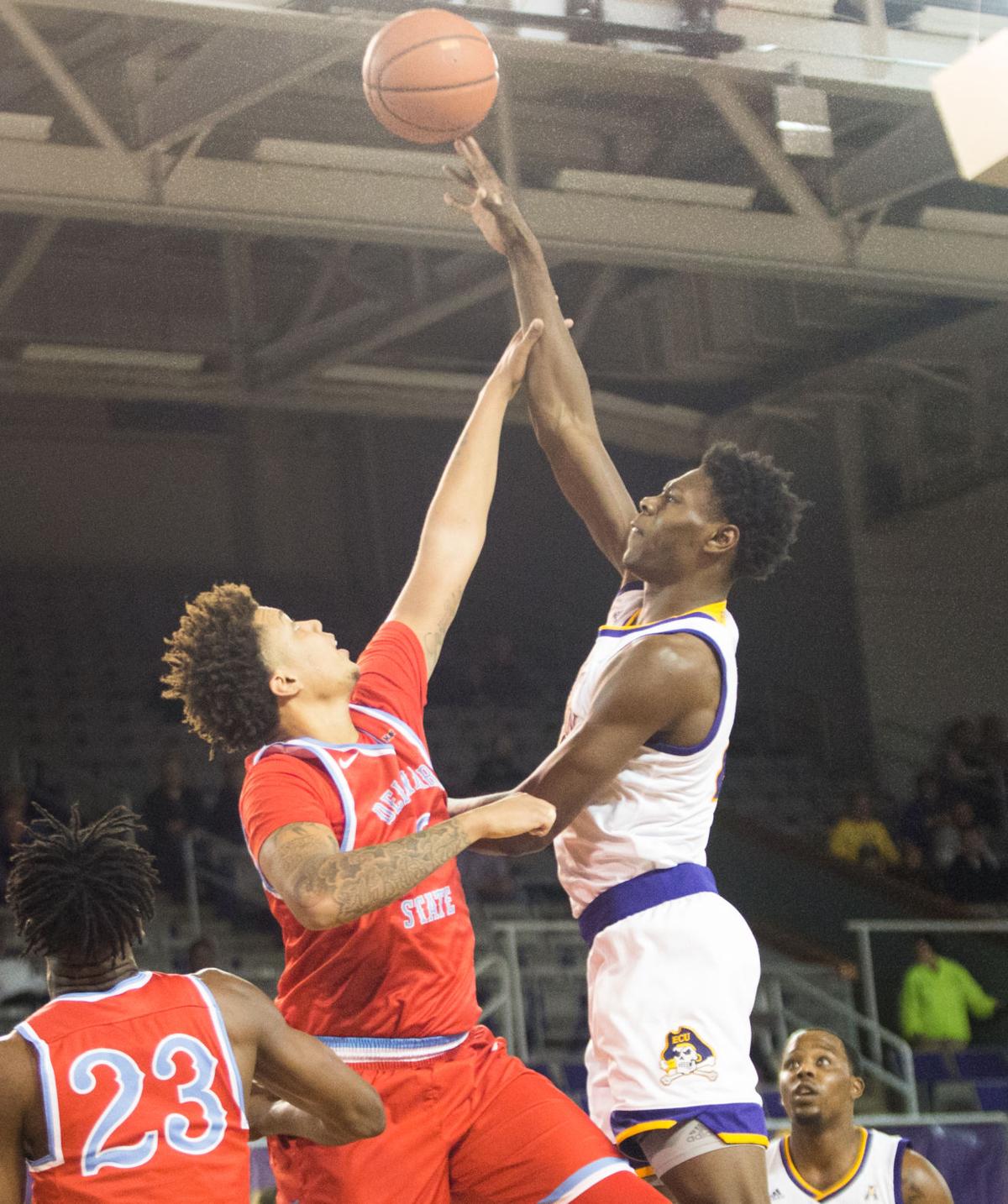 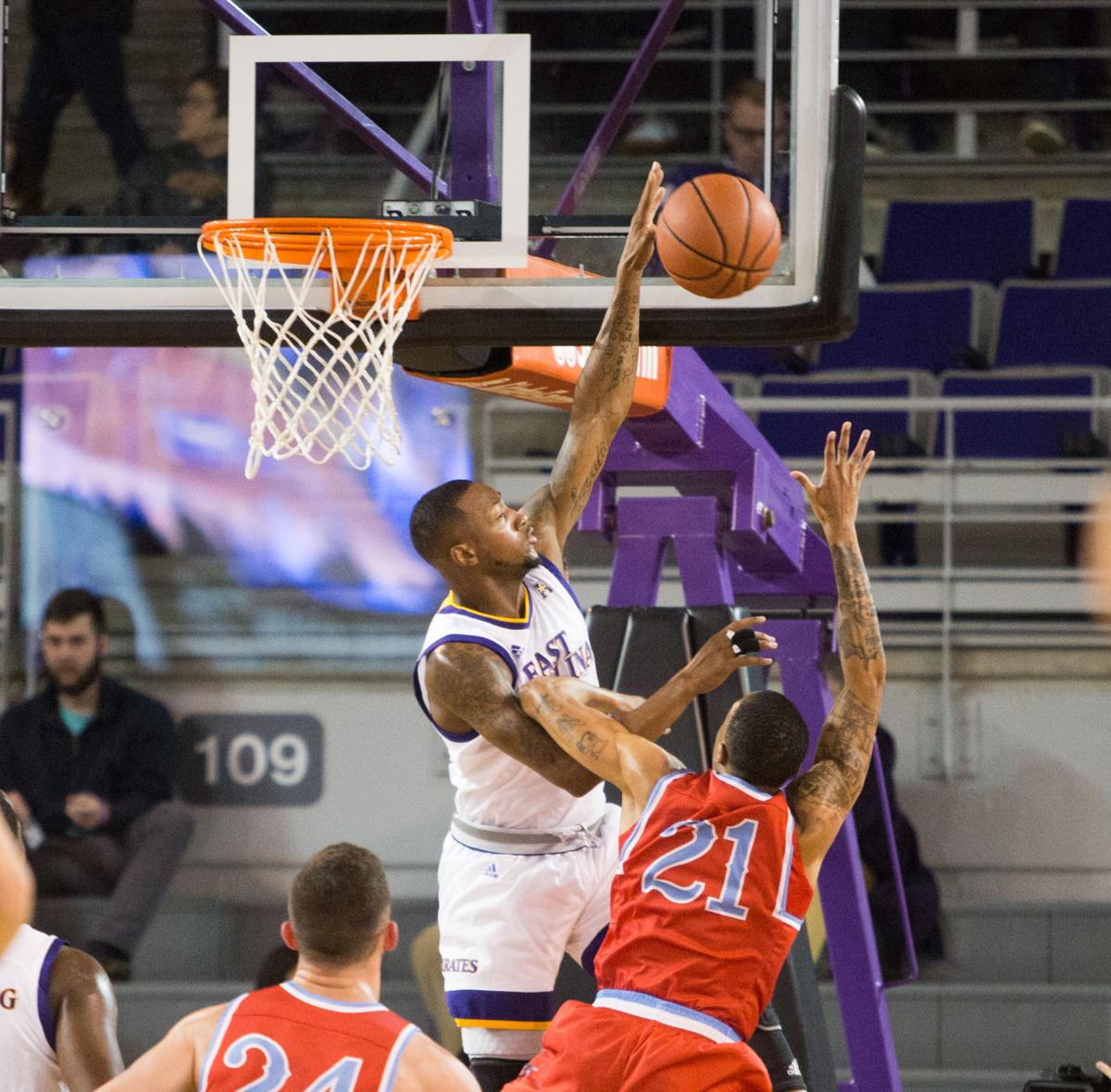 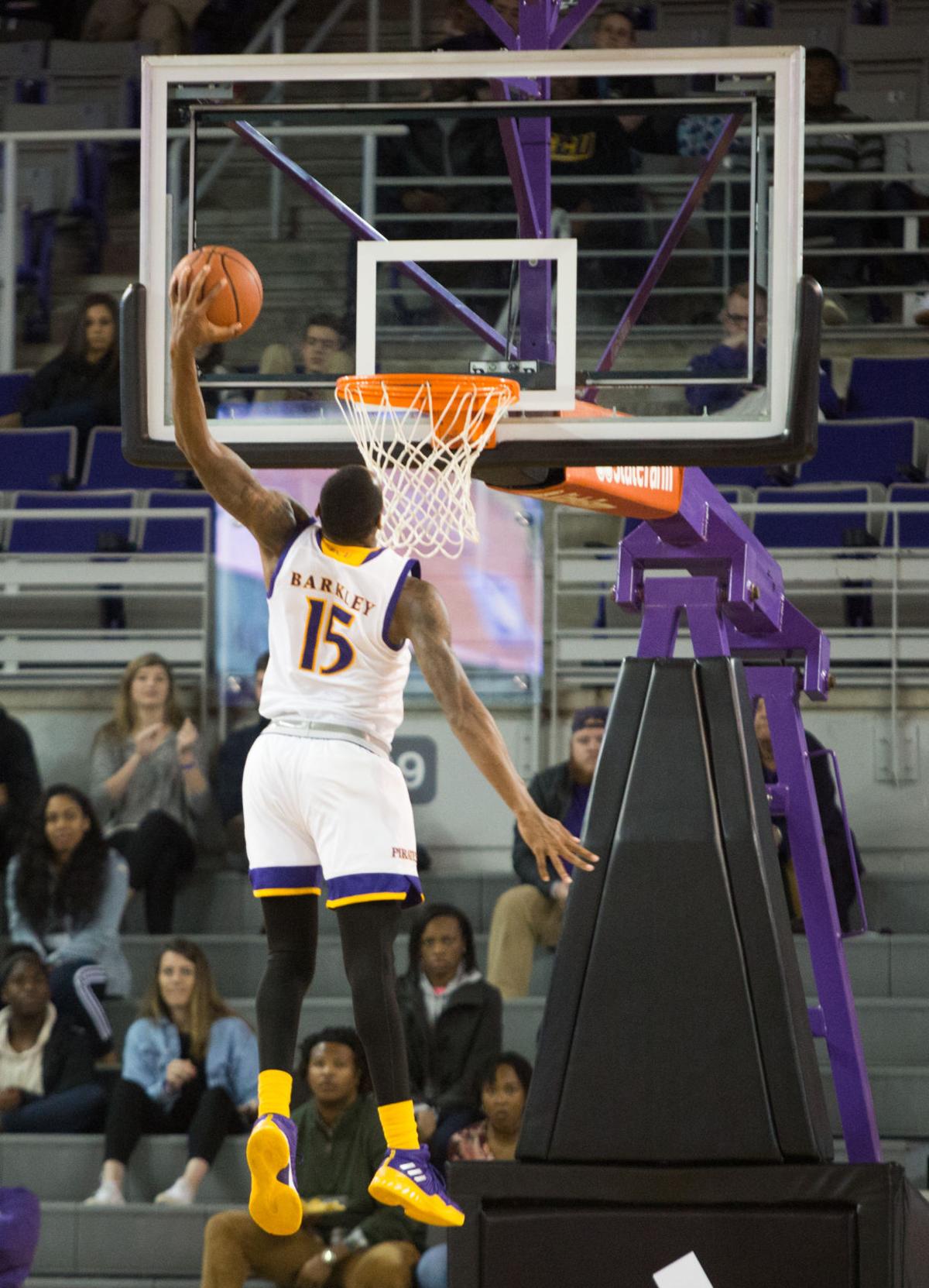 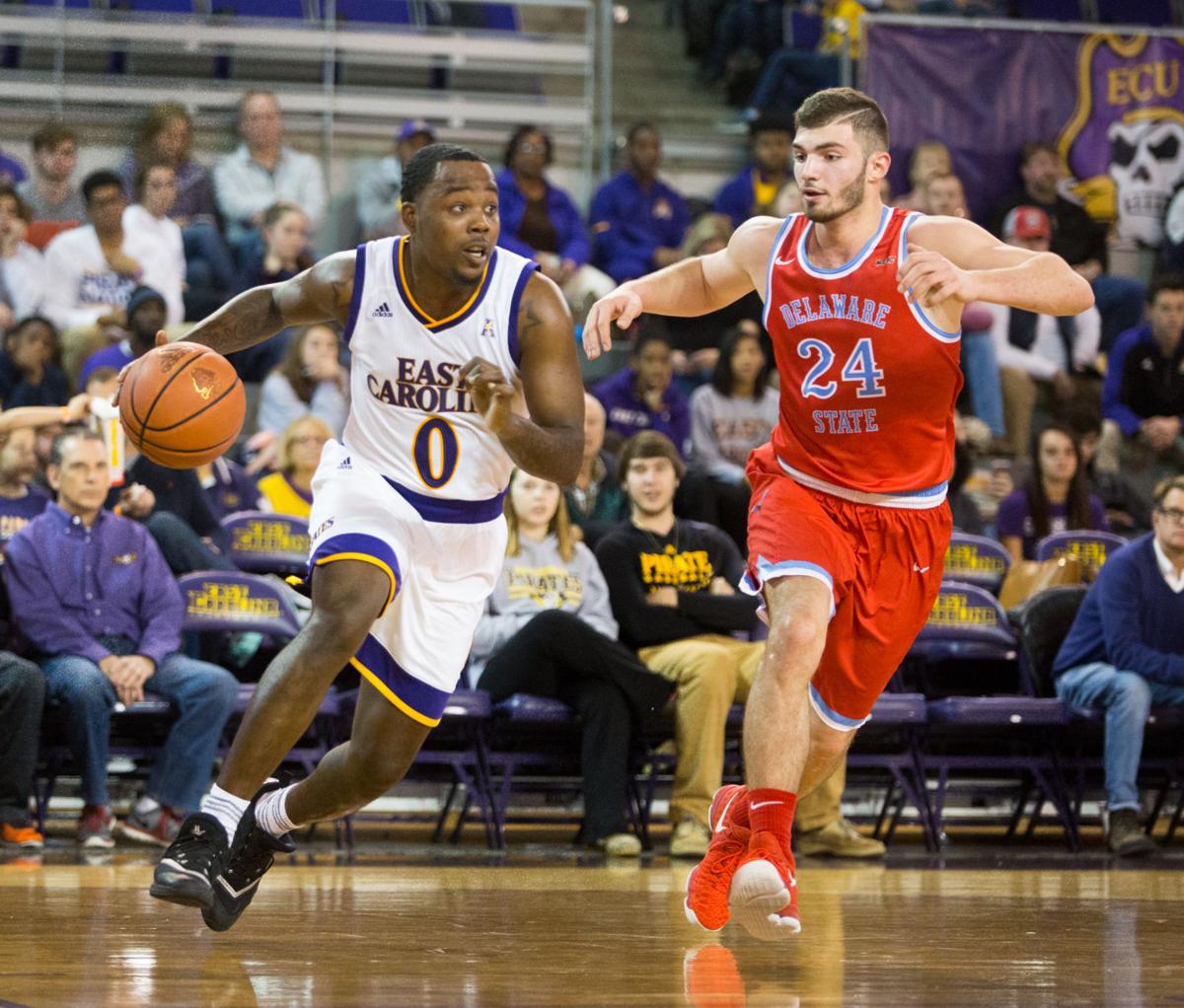 East Carolina has won consecutive basketball games for the first time this season and, perhaps fittingly, the second of those wins was ugly.

Clinging to a three-point lead with just more than a minute to play, ECU shut the door defensively and knocked home a few free throws to finally make the difference in a 63-57 victory over visiting Delaware State in Minges Coliseum on Saturday.

Kentrell Barkley and Isaac Fleming posted 17 points apiece to lead the Pirates (4-4), and Barkley helped to create a late 60-52 cushion after the clock dipped below 2 minutes, part of a double-double performance that included 14 rebounds.

But the Hornets (2-7) battled back to 60-57 on a traditional three-point play by Artem Tavakalyan, who led all scorers with 20 points before the Pirates closed it out at the line.

“It was an ugly game, obviously, but it’s great to be a part of an ugly game that results in a win,” said interim ECU head coach Michael Perry, whose team returns to the floor Monday night to host Campbell. “Our guys are resilient and wanted to fight through and continue to make the plays to finish this game off.”

“We know the win was ugly but at the end of the day it’s a win,” Fleming said. “That’s the positive thing to be taken out of it. We just know that we’ve got to come out with more energy.”

ECU freshman Shawn Williams was the lone Pirate with more than one 3-pointer and finished with 12 points for ECU, which out-rebounded the Hornets convincingly, 51-33.

Delaware State’s Simon Okolue was the only other double-digit scorer in the game with 14 points. ECU post man Jabari Craig added 11 boards in the win.

“Rebounding, particularly in crunch time, so many teams lose games there on the glass and allow second possessions and fouls,” Perry said. “Our rebounding was tremendous. We did a great job tonight and had 18 offensive rebounds.”

Perry also said the Pirates pushing their transition game was key, especially in the second half.

The Hornets stole a 24-23 lead at the halftime buzzer when an in-bounds pass swung around to Tavakalyan at the top of the key, and the senior buried the shot to give his team its second lead of the evening.

Before that, the Pirates flirted with big leads a few times, including a brief 19-11 difference past the midway point of the first half. But the Hornets replied with a 10-0 run that gave them a surprise 21-19 edge with less than 5 minutes left before intermission.

Tavakalyan accounted for five of those points and a game-high 13 in the first half, and Delaware State stayed in the hunt the rest of the opening 20.

On the other side, it was the ball-handling of Fleming that fueled the Pirates. He finished the half with 10 points to lead the Pirates, followed by Barkley’s eight.