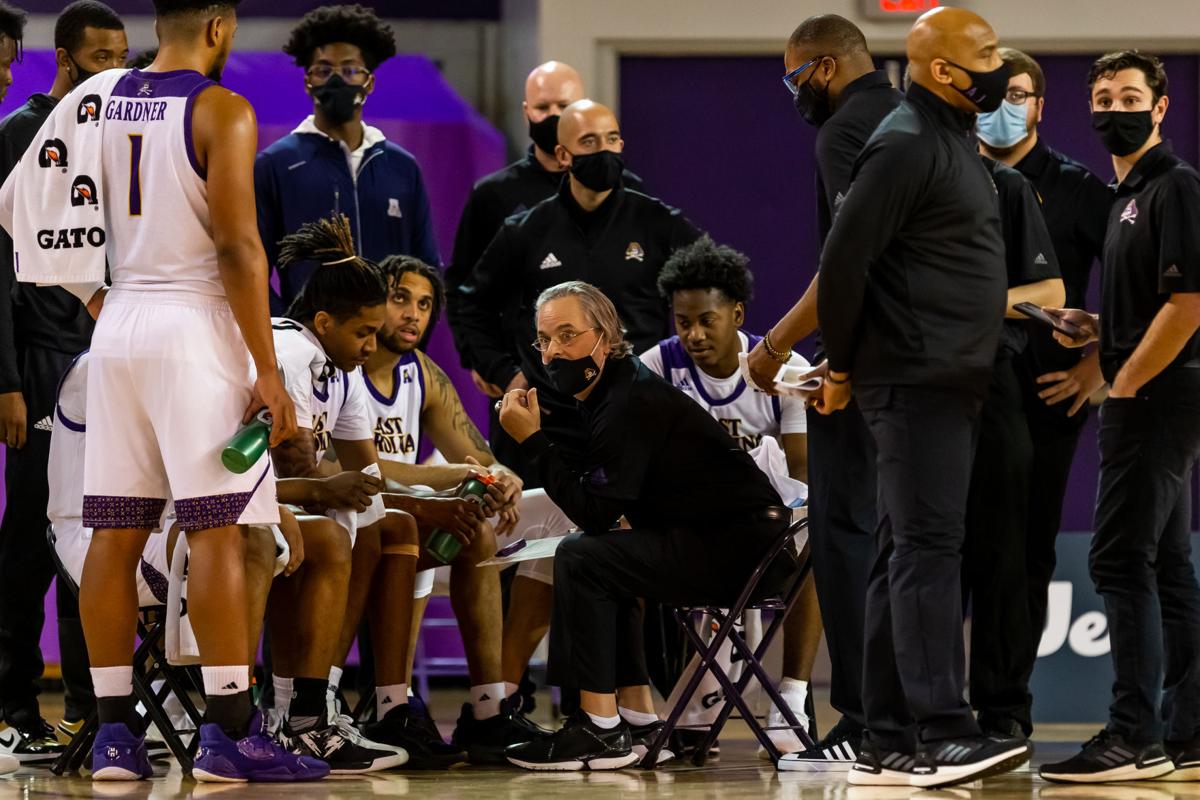 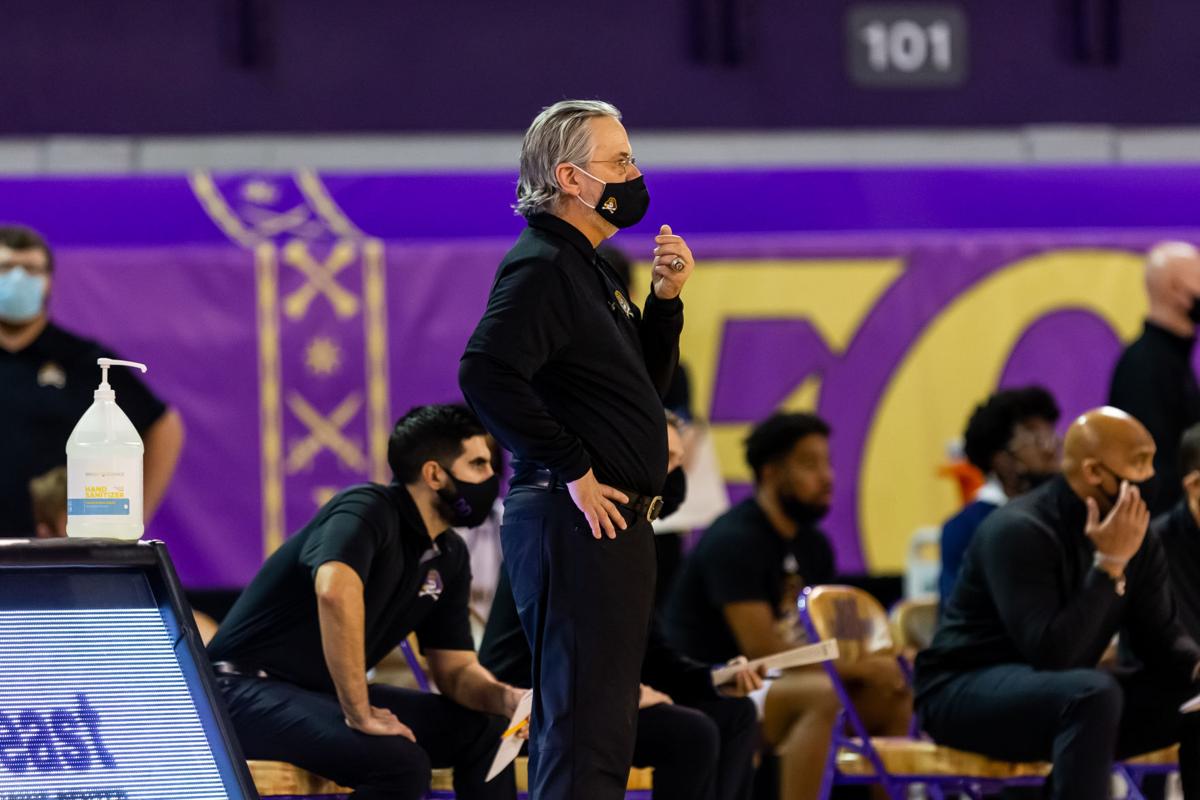 As East Carolina basketball fill-in head coach Steve Roccaforte was describing Sunday how the Pirates navigated the last few weeks amid COVID-19 protocols, postponed games and a lack of practices, Roccaforte naturally thought back to the 2020 American Athletic Conference tournament that was canceled by rising virus concerns before it started.

Sunday’s 83-50 loss for ECU to Memphis was the Pirates’ first game since Jan. 9 and their third since Dec. 22. The Pirates (7-4, 1-4) won on Dec. 19 and Dec. 22, followed by a three-game losing streak, including Sunday when they were without head coach Joe Dooley and a few key players and managed their lowest scoring output of the season. Memphis stormed to a 49-18 halftime lead.

“When you’ve coached for such a long period of time and nothing has ever stopped a game, nothing has ever stopped the NCAA tournament, nothing has ever stopped the Final Four,” said Roccaforte, the Pirates’ associate head coach who served as head coach Sunday because Dooley was in quarantine from testing positive for COVID-19 on Jan. 16. “When they told us you’re not going to play (the AAC tournament last March) and you’re going home from Forth Worth, I’ll be honest and it’s not good, that I didn’t even know what they were talking about and didn’t keep up with that. ... I thought it might last for two weeks and we’ll go back to normal, but now we are almost a year later and everything is so different that I don’t even know what to say about it.

Roccaforte later said he’s under the impression Dooley will return as head coach for ECU’s next game Wednesday at UCF (3-6, 1-5), which is on a five-game losing streak.

Memphis went 11-of-18 on 3s in a 72-52 win over Wichita State, then finished 11-for-25 versus ECU. Touted freshman center Moussa Cisse also was an inside force with 14 points, nine rebounds and a block before fouling out. Malcolm Dandridge had eight points and two blocks.

“We really thought we could play a lot of zone, maybe 65 percent zone and 35 percent man, and we thought it would be very effective,” Roccaforte said. “They have struggled to shoot the ball, but they shot it better the last game. ... As long and as athletic and as hard as they play and as well as they defend, if they don’t turn the ball over and they shoot it really well, they are hard to beat.”

In addition to Dooley, players unavailable were J.J. Miles, Tyrie Jackson, Miles James and Samson Strickland, and backup center Charles Coleman was out with a foot injury. The Pirates had eight scholarship players, which was one more than the minimum requirement of seven and one coach to be able to play.

ECU’s starting lineup was Tremont Robinson-White, Tristen Newton, Brandon Suggs, Jayden Gardner and Ludgy Debaut. Robinson-White had 15 points, and Gardner was scoreless in the opening half before surging late in the game to finish with a double-double of 10 points and 11 rebounds.

The Pirates announced Monday their game with Temple postponed from Jan. 16 was rescheduled as part of two games in three days between the Pirates and the Owls. They are now scheduled to play Feb. 11 at Temple and Feb. 13 in Greenville, with both contests at noon.