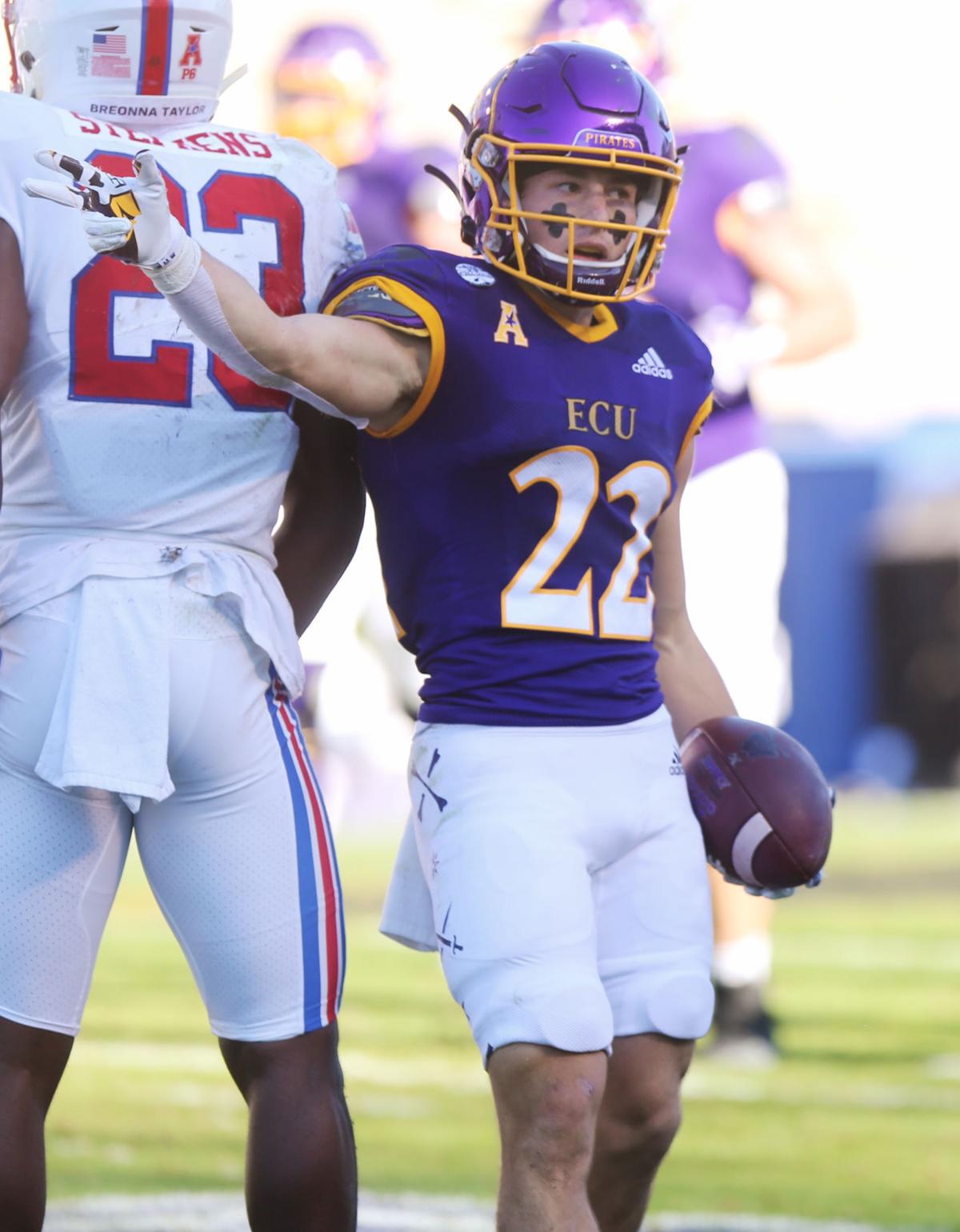 East Carolina inside receiver Tyler Snead signals for a first down after a reception against SMU at Dowdy-Ficklen Stadium on Nov. 28, 2020. Snead had a passing touchdown and a receiving touchdown in the Pirates' 52-38 win. 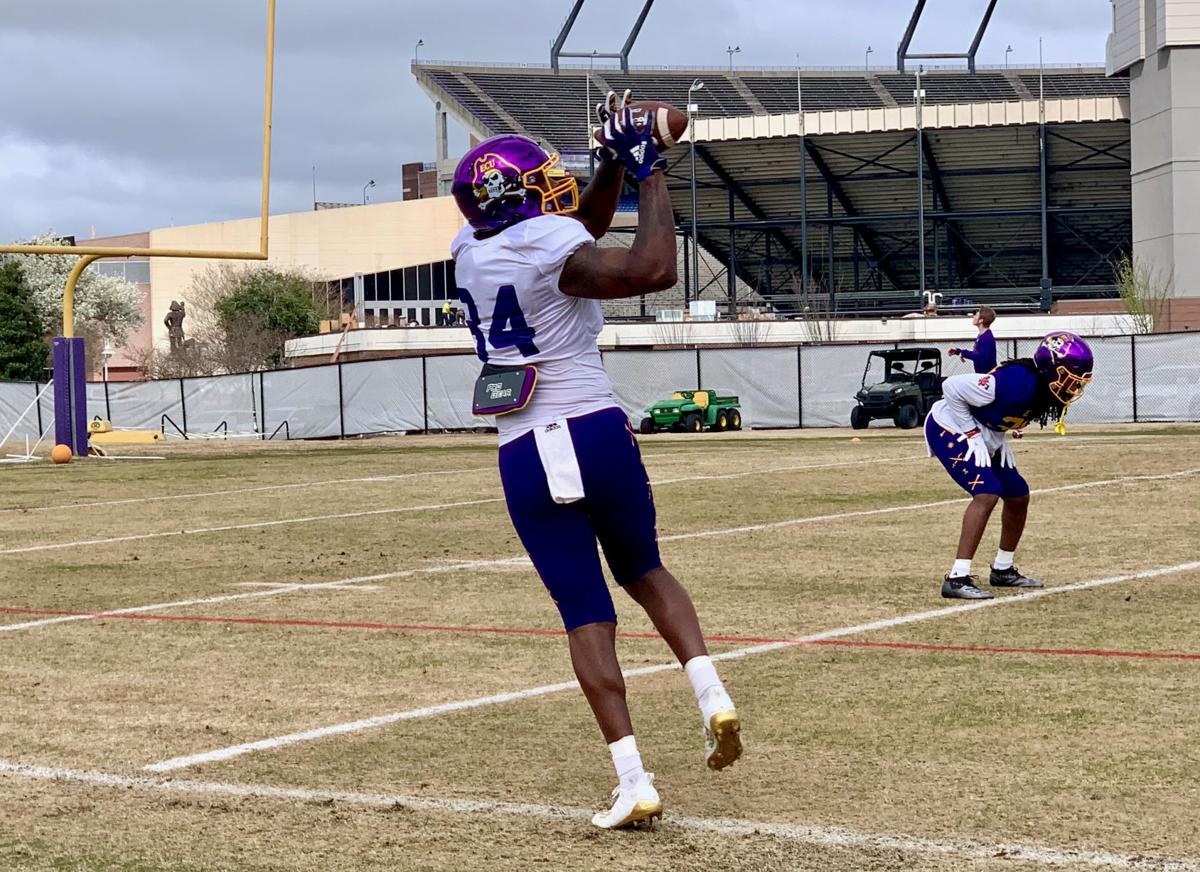 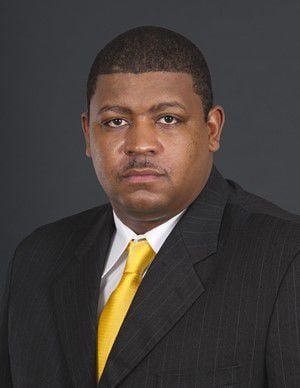 East Carolina inside receiver Tyler Snead signals for a first down after a reception against SMU at Dowdy-Ficklen Stadium on Nov. 28, 2020. Snead had a passing touchdown and a receiving touchdown in the Pirates' 52-38 win.

New East Carolina football inside receivers and tight ends coach Latrell Scott is getting a good look at the Pirates’ offensive personnel during spring practices, which has already included seeing the shifty and reliable Tyler Snead work in space.

Scott was hired to replace Fontel Mines, and he has a multi-faceted role with the Pirates, which undoubtedly played a part in him leaving his head coaching post at Norfolk State in early March to be the Pirates’ inside receivers coach, tight ends coach and passing game coordinator. Scott’s resume includes eight seasons as a head coach at the Football Championship Subdivision and Division II levels.

“He can bring a lot to the room from a game-planning standpoint,” said ECU head coach Mike Houston, who added this is the first time in his career he has hired a passing coordinator to his staff. “It hasn’t changed anything with who our offensive coordinator is, and that’s Donnie Kirkpatrick. He is the guy who is in charge of running the offense, but I think we’ve brought in a guy (Scott) who has tremendous experience and can bring something to the table when it comes to just sitting in that room and breaking down how to attack people. He will bring some thoughts and concepts and I think anytime you bring new guys to a staff, you are bringing in somebody who has been exposed to some different things.”

Lead outside receiver C.J. Johnson has been limited at times as he works to get his legs to 100 percent health.

Scott also is directly in charge of the Pirates’ tight end position, where Shane Calhoun and Zech Byrd are back as possible starters. Like Snead, Oklahoma transfer Ryan Jones has potentially unique playmaking ability versus man coverage.

“We need to make a more concerted effort to use the tight end, because we have talent in that room,” Houston said. “I’m really excited about Shane Calhoun. ... He is the guy that can kind of do everything, but we have some other guys in there too.”

Jones has been worked into practice situations following a suspension stemming from a misdemeanor charge of driving while impaired in February. ECU also is slated to add former Temple tight end Aaron Jarman, a Kinston native who is 6-6 and 255 pounds, later this year.

Up front, the Pirates have been without injured centers Fernando Frye and Trent Holler, which shifted natural guard Avery Jones and others to snapping responsibilities. Frye is the projected starter and a graduate student.

“Hopefully, Trent will make it back at some point here in the spring, but that is two experienced centers we don’t have out there right now,” Houston said. “The positive is you are working some other guys at center, so you’re going to see multiple guys snapping and that can be positive for the fall. Sure, it caused some issues during the early part of team (competitions), because that was the first time some of those guys had a live guy right in front of them while they were trying to snap the ball. We just have to continue to work through that. Long-term, we will get (Frye and Holler) back, but short-term, it’s something we have to deal with.”

The Pirates finished 3-6 in 2020 following a 52-38, season-ending home win over SMU. Freshman Keaton Mitchell was the game’s leading rusher with 68 yards and a touchdown. Slot receiver Jsi Hatfield was second on ECU with three carries for 34 yards. Johnson, a former D.H. Conley High School multi-sport star who is currently listed as 6-2 and 236 pounds, Snead and Mitchell each caught a TD pass.

Calhoun had one reception for 22 yards, finishing his true freshman year with five catches for 83 yards. He played in all nine games with seven starts.

The Pirates also have a new running backs coach in Chris Foster, formerly at Georgia Southern.