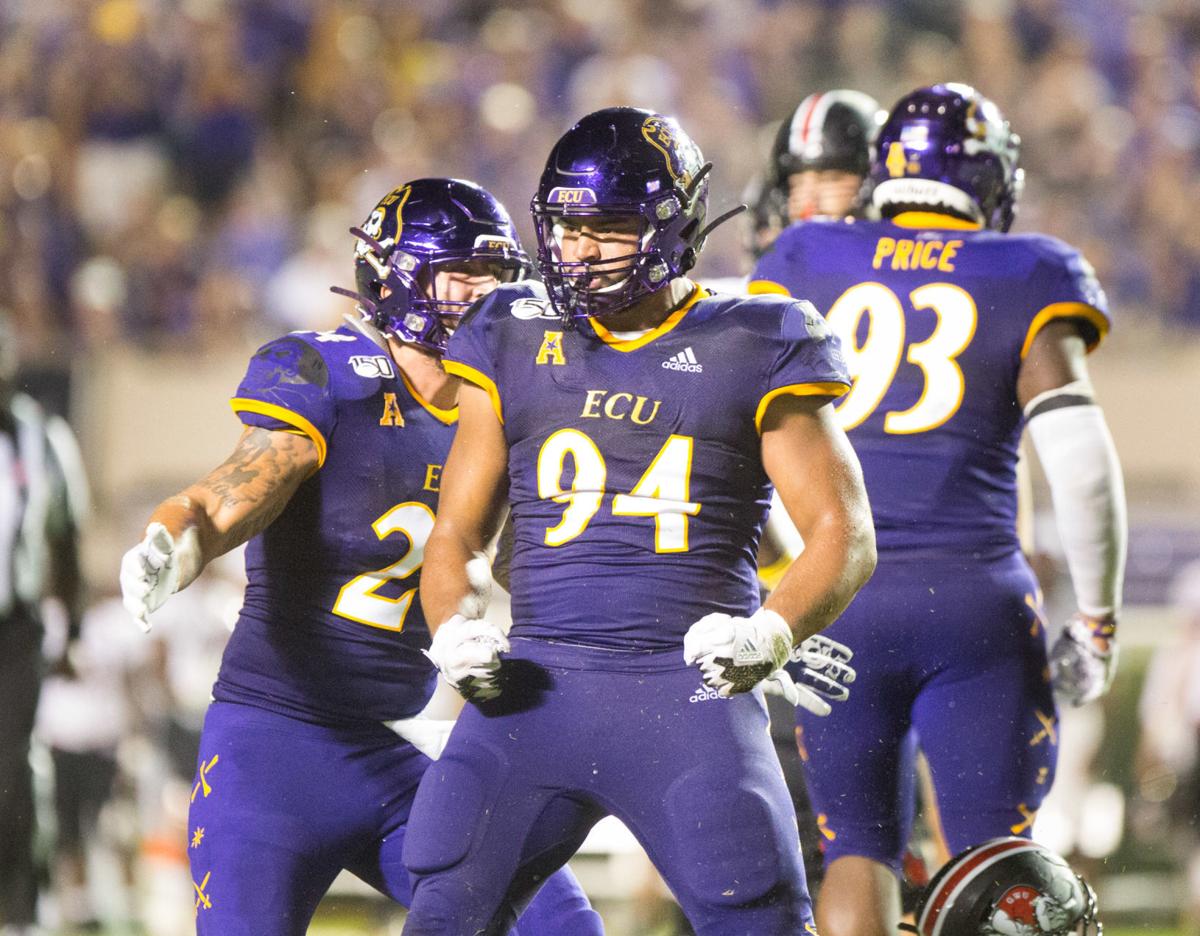 East Carolina’s Alex Turner (94) looks to the sideline during a game against Gardner-Webb at Dowdy-Ficklen Stadium on Sept. 7. 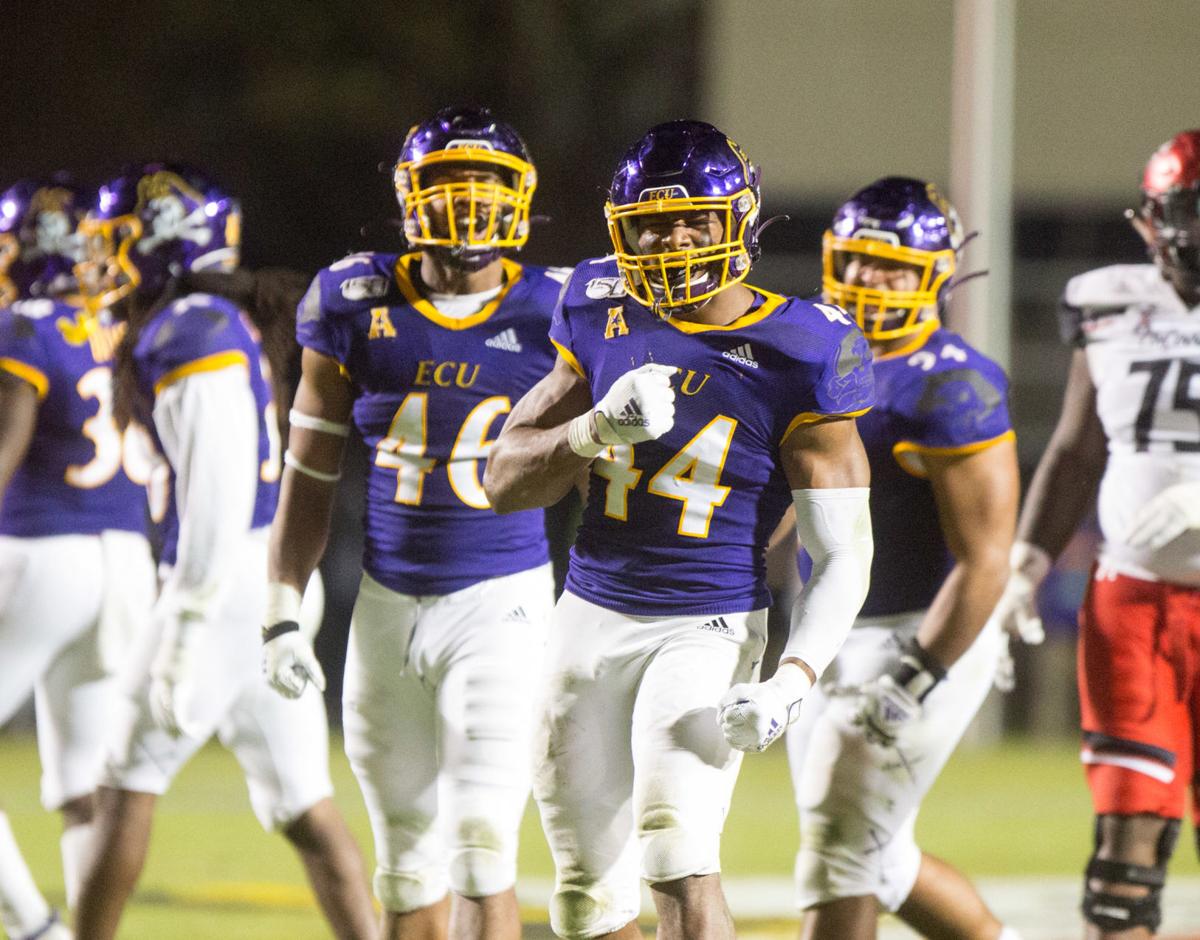 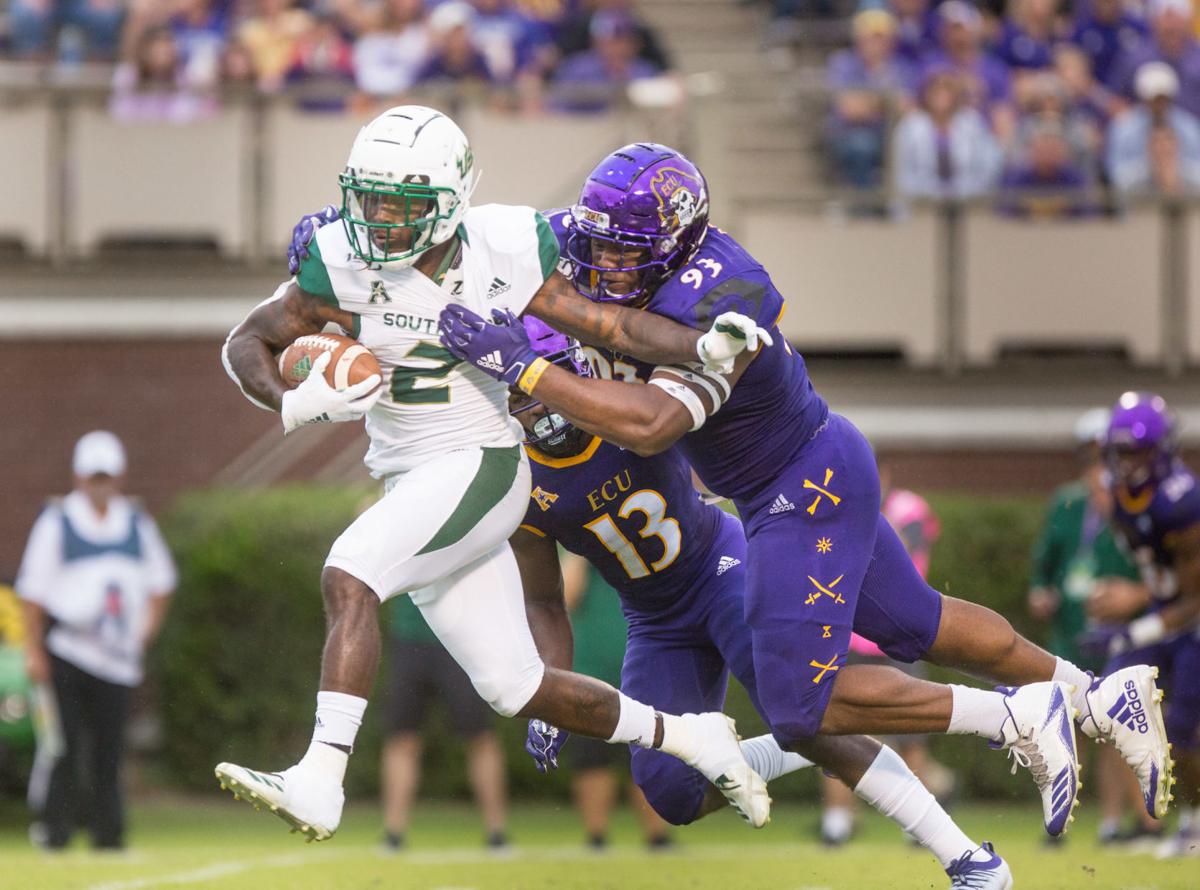 South Florida’s Jordan Cronkrite, left, is taken down by East Carolina’s Jalen Price during a game on Oct. 26.

East Carolina’s Alex Turner (94) looks to the sideline during a game against Gardner-Webb at Dowdy-Ficklen Stadium on Sept. 7.

South Florida’s Jordan Cronkrite, left, is taken down by East Carolina’s Jalen Price during a game on Oct. 26.

The East Carolina football team’s seniors will each give a speech Friday to their teammates on whatever topic they want, less than 24 hours before the Pirates kick off against Tulsa at noon in Dowdy-Ficklen Stadium for the final game of the season for both teams.

Three of ECU’s 15 seniors are Kendall Futrell, Alex Turner and Jalen Price, who have teamed with junior Chance Purvis to form the team’s starting defensive line all season. Futrell and Purvis play end, and Turner and Price are interior linemen.

The trio of seniors all signed with the Pirates in 2016. They arrived at ECU later that year, and starting together for every game this season has only added to their unique bond.

“It’s an amazing bond,” said Futrell, a local product from South Central High School. “I remember a lot of us guys came in together, but especially me, Jalen and Alex playing D-line. We just build a brotherhood like a family. Those are some guys I am going to cherish for the rest of my life. They are like brothers to me.”

The only other senior starter on the Pirates’ defense is cornerback Colby Gore, who snagged a last-second, goal-line interception last Saturday at Connecticut for the Pirates (4-7, 1-6 American Athletic Conference) to win 31-24 and stop a five-game losing streak.

Futrell’s main backup is also a senior in Michael Swift.

There is a big drop-off in experience from ECU’s first-team defensive line to its second-team unit. Current freshmen Rick D’Abreu and Immanuel Hickman, and others, are bound to take on larger roles after Saturday’s game.

While first-year Pirate coach Mike Houston is ready to embrace senior day and share in some of the special moments Saturday, this week does make him think about next year’s defense. Futrell leads the Pirates this year with 10 sacks, Turner had 52 total tackles (11 for loss) and Price is set to start his 31st career game.

“It says a lot about their durability and says a lot of their physical development, because they have all been dinged up throughout the year at various times,” Houston said of his starting line. “They have kept practicing and kept playing, which I think says a lot of the character of those four young men. Three of them are seniors, which is a challenge.

“Certainly I wish I would have got this job two years ago, so that we had more older and experienced depth behind them. You do want more of a rotation than what we have been able to play this year, but at the same time, those four guys have really done an outstanding job throughout this year.”

Gore leads ECU with 38 starts. Balancing senior day emotions is part of the final home game for every football player. They all handle it in a personal manner.

East Carolina is aiming for its first five-win season since 2015. A bowl game is out of reach even if the Pirates knock off Tulsa, but plenty motivation remains for ECU, especially for its 15-player senior class.

“I am going to miss it when it’s over, but I’m ready to play,” Futrell said.