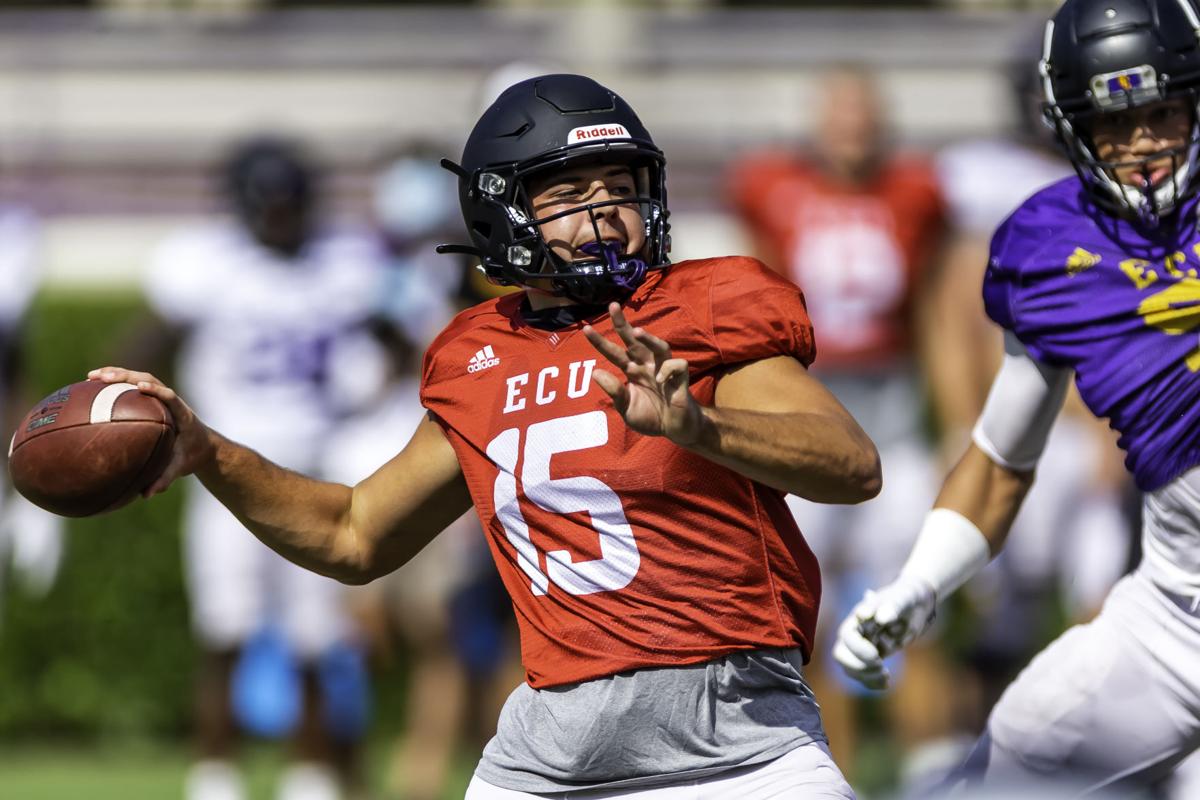 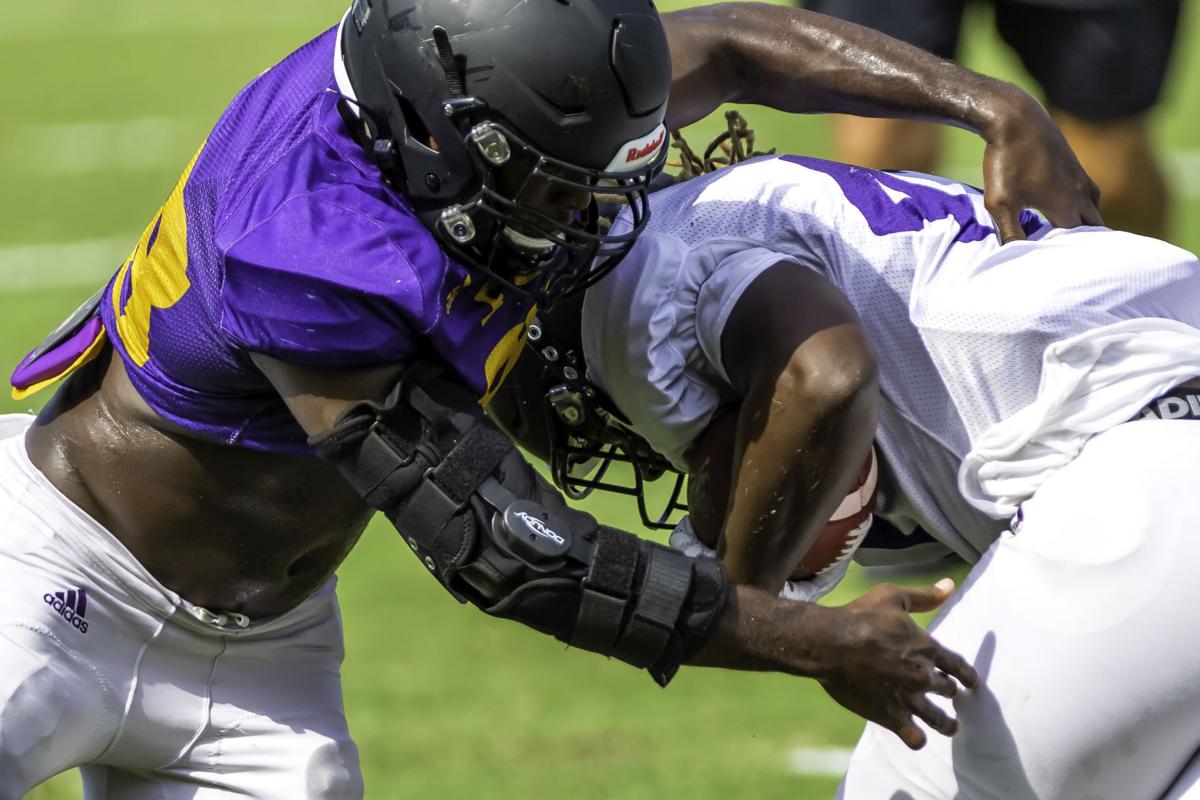 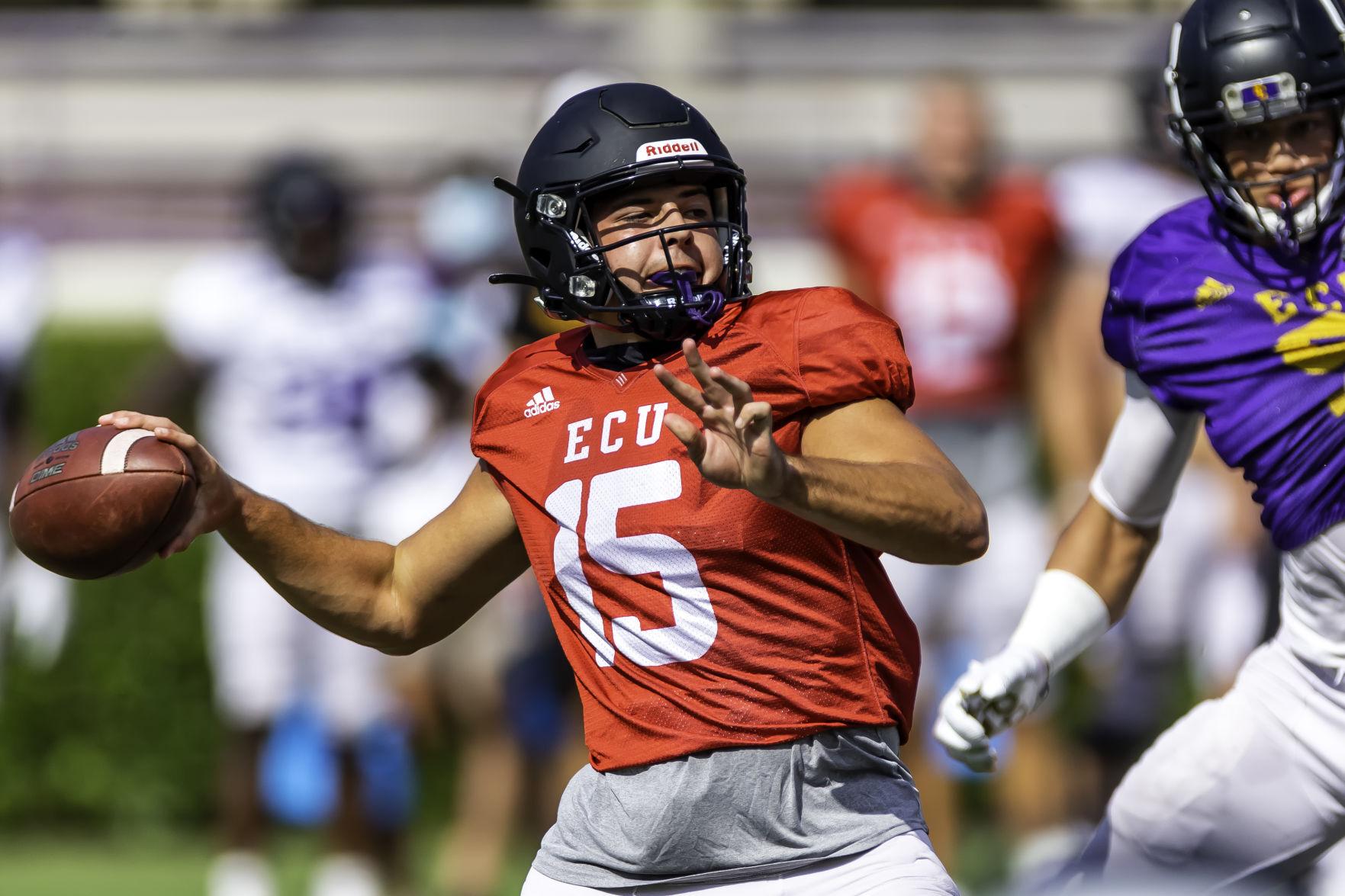 One key to the East Carolina football team's final preseason scrimmage held Friday was there was no predetermined script. The emphasis was for officials and players to dictate pace and down-and-distance.

Coach Mike Houston described it as an "even scrimmage" and beneficial for everyone at Dowdy-Ficklen Stadium.

"It was a fairly clean scrimmage and not a whole lot of flags," he said. "It was a very experienced crew, too. I think six of the officials out there today were from the American Athletic Conference."

Flinn led a drive that finished with a 12-yard touchdown run by Keaton Mitchell. Mason Garcia, who is battling with Flinn to be Ahlers' lead backup, hit Jonathan Johnson for a 31-yard play.

"We got Holton out of there and really wanted to get Mason Garcia and Alex Flinn a lot of work today," Houston said. "Both of them played well. Alex faced a lot of pressure and I thought he handled it pretty good and stayed pretty composed. I told him I know coach (offensive coordinator Donnie) Kirkpatrick is going to chew you out unmercifully on Sunday, but I thought he handled everything out on the field well. Mason made some throws where you are just like, 'Wow.' His talent is special, so some of the throws he made when he stood in the pocket today, he's getting there."

The defense was led by its pass rush, which offset some of the offense's big plays with 13 tackles for loss and six sacks. Linebacker Eric Doctor intercepted a Garcia pass and returned it 40 yards for a pick-six.

"I was on the field with the players and I thought of the things that stood out was our defense executed much better than we probably did in the last scrimmage," Houston said. "Our blitz patterns were pretty tight and coverages were on the same page for the most part."

ECU is preparing to host UCF on Sept. 26. The Knights begin their season Saturday at Georgia Tech, which is 1-0 after a 16-13 win at Florida State.