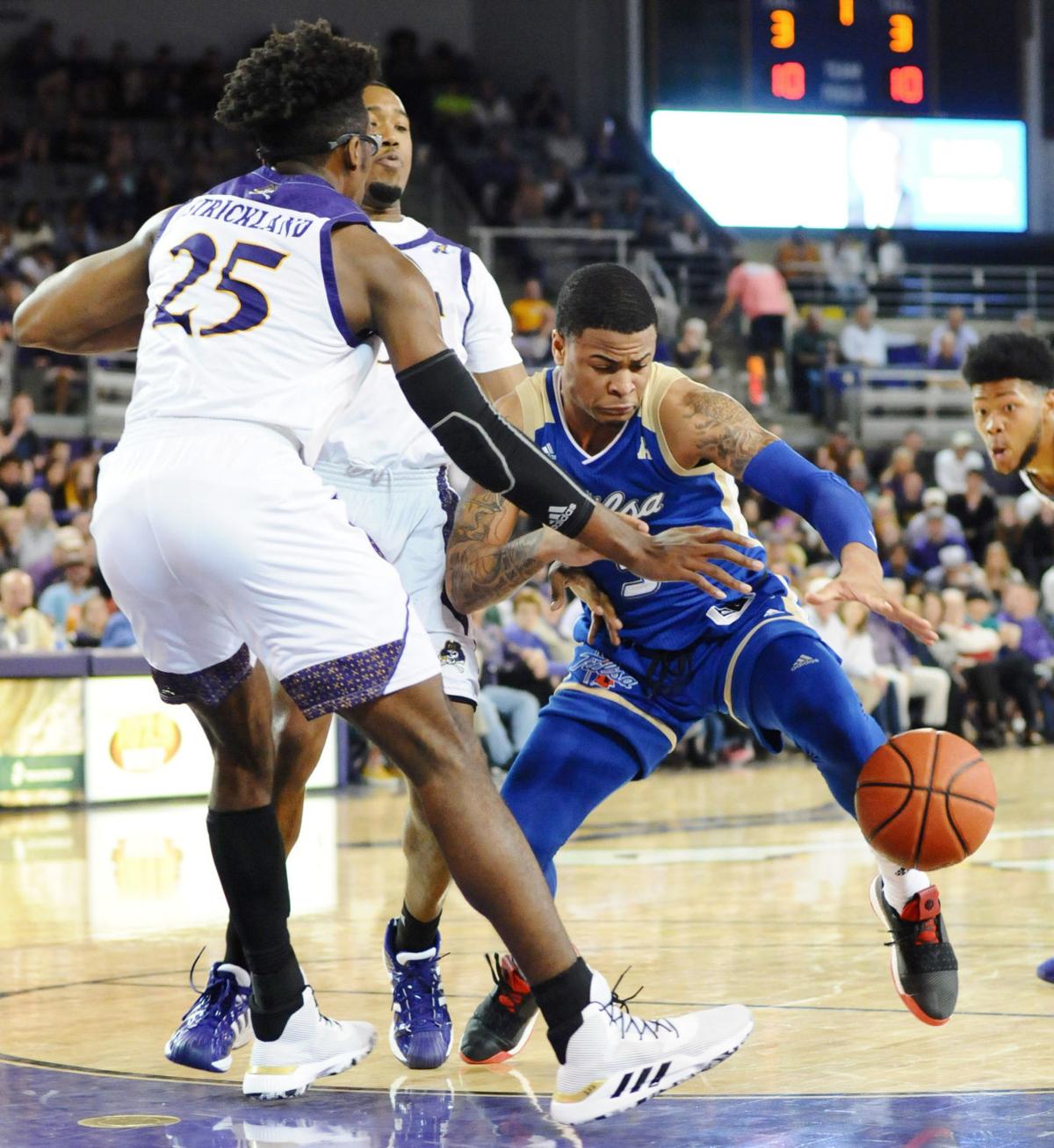 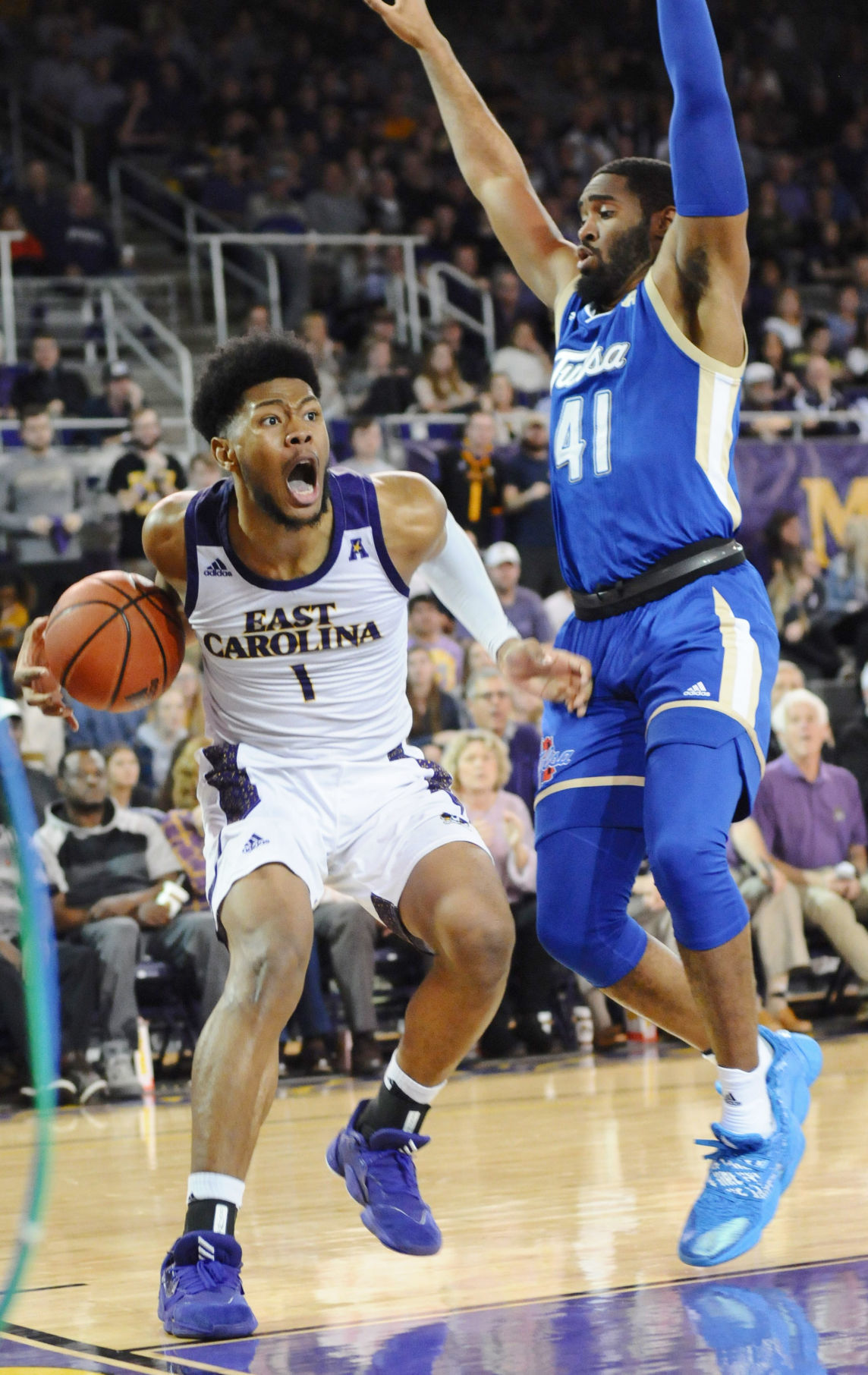 Tulsa's Jeriah Horne forces East Carolina's Jayden Gardner (1) to pass the ball during their game in Minges Coliseum on Jan. 15.

Tulsa's Jeriah Horne forces East Carolina's Jayden Gardner (1) to pass the ball during their game in Minges Coliseum on Jan. 15.

East Carolina’s basketball team has seven games remaining in the regular season to try to improve upon a 10-14 overall record that already matches the Pirates’ 10 wins from each of the last two campaigns.

The Pirates and coach Joe Dooley, who is in his second season in his return to leading the Pirates, face a difficult three-game stretch beginning with a road matchup versus Tulsa tonight. ECU will then host Cincinnati on Sunday and travel to Memphis next week.

The matchup against Tulsa will be a rematch of when the Pirate offense struggled in a 65-49 loss to the Golden Hurricane in mid-January.

“I think (seeing Tulsa’s defense already) helps, but we went 2-for-26 from 3-point range,” Dooley said Tuesday before practice. “I hope that the law of averages will come back around, but they also were 3-for-14. It was a bad shooting night for both teams.”

Tulsa was 7-1 in the American Athletic Conference before dropping consecutive games to Connecticut and UCF. The Golden Hurricane is 11-2 at home this year.

How to watch: ESPN3.

Why to watch: Tulsa has been a surprise team in the AAC, spending time earlier in the year in first place in the league standings and currently sitting third. The Golden Hurricane struggled defensively in its last two contests, losing 72-56 to UConn and then 83-75 at UCF on Sunday. UCF shot 63.1 percent from the field in the second half.

The Pirates are looking for their second straight road win following a convincing 81-67 victory at Tulane on Saturday night. The win gave ECU a 1-7 away record.

Matchup to watch: Brandon Rachal, a 6-foot-6 junior guard who was recruited by the Pirates, left a game last week with an ankle sprain and did not play Sunday. He was active on defense versus ECU in the first meeting and his impact on the other end picked up as the game progressed en route to him finishing with 21 points (7-of-12 on field goals), seven rebounds a block and a steal.

“We have no idea whether he’ll play or not, because I don’t know the severity of it,” Dooley said.