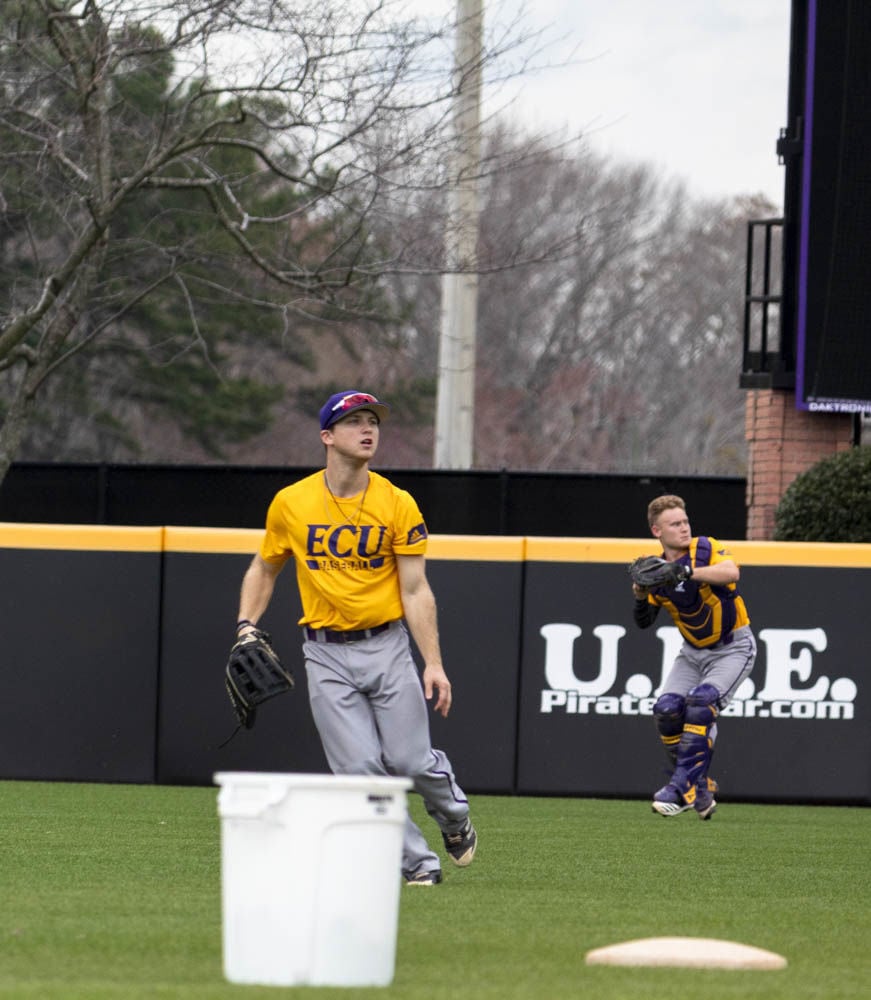 Sophomore Lane Hoover tracks a ball in the outfield during an East Carolina preseason practice. Starting catcher Seth Caddell also is warming up in the background. 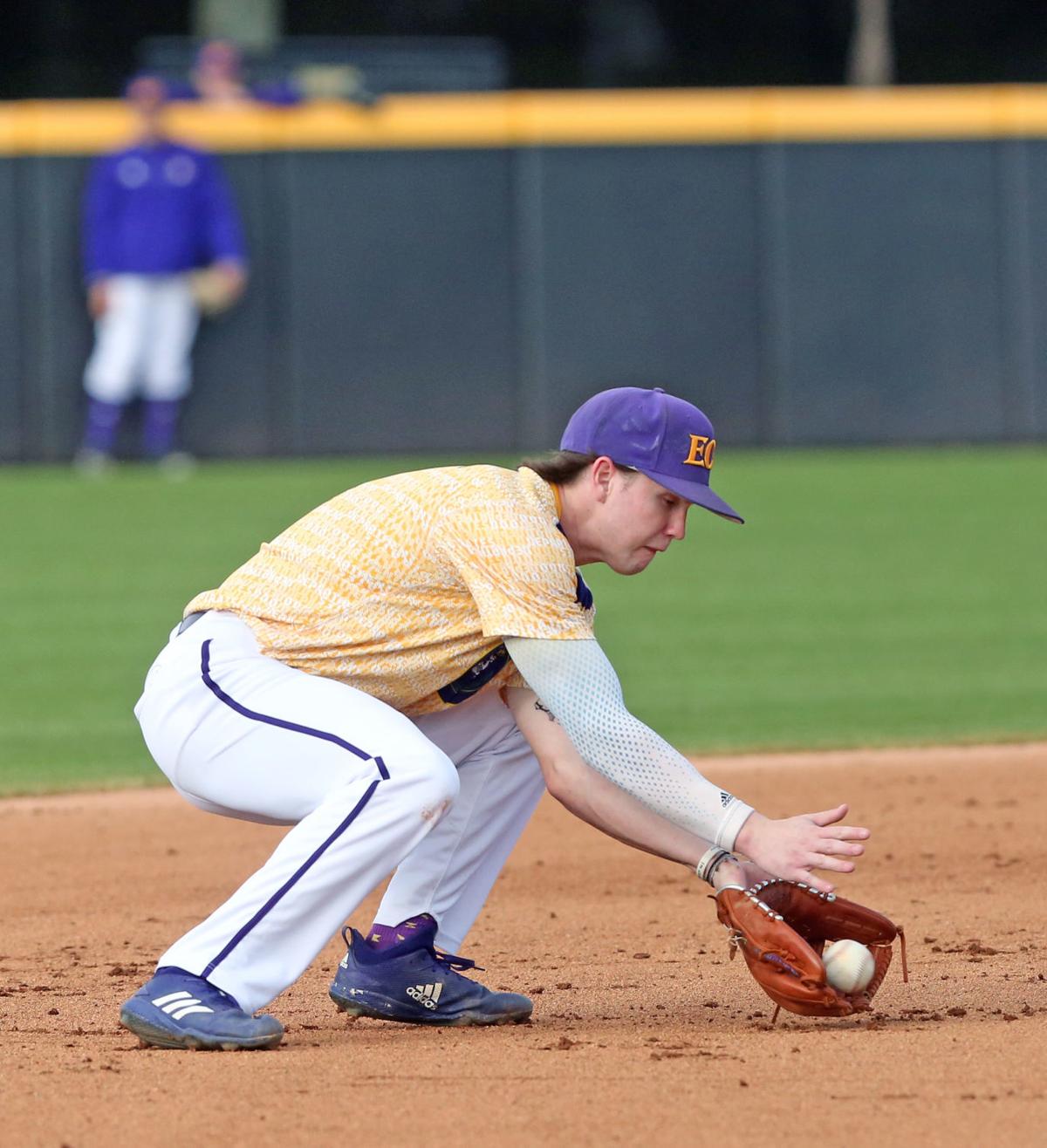 Sophomore Lane Hoover tracks a ball in the outfield during an East Carolina preseason practice. Starting catcher Seth Caddell also is warming up in the background.

Seth Caddell, junior: Like other players in the infield, Caddell is entering his first season as a full-time starter and he’s in position to hit in the middle part of the Pirates’ batting order. He was a backup to Jake Washer last year and also served occasionally as a designated hitter, finishing with 13 RBIs (in 83 at-bats) for the second straight season. Caddell is bound to receive more at-bats in a steady role and is looking to also approach double digits in home runs after hitting four a year ago.

Alec Burleson, junior: Burleson enters his important junior season as a preseason All-American and one of the most proven players in the country. Strictly on offense, the 6-foot-2, 212-pound left-hander is regarded as the Pirates’ most feared returning hitter thanks to his nine home runs and 61 RBIs from 2019 along with a .370 batting average. He worked frequently at first in the preseason, but also excels in left field and enters this season with 114.1 career innings pitched.

Connor Norby, sophomore: Norby’s positive moments late last season combined with continuing to mature off the field and during practices has him in position for a big role. The Kernersville native is plenty talented, has earned high praise from coach Cliff Godwin and could be key for the Pirate lineup in runs scored.

Ryder Giles, sophomore: After starting at third base as a freshman, Giles is back at his natural position. With Turner Brown now in the minor leagues, Giles should get the chance to be ECU’s starting SS all season. He might also get more opportunities as a relief pitcher after 20 mound appearances and a save a season ago, but he undoubtedly will be vital to the defense.

Zach Agnos, freshman: Agnos is widely considered as the most likely freshman to make an early impact for the Pirates. As a younger brother of former Pirate standout pitcher Jake Agnos, Zach thrived during fall workouts to emerge as an everyday infield candidate. Thomas Francisco also can play third and first base.

Christian Jayne, Sophomore: Jayne is in the mix in the outfield after one start and appearing in 35 games as a freshman last year. Jayne’s athleticism makes him a breakout candidate. In addition to his baseball accolades at Terry Sanford High School in Fayetteville, he was a standout dual-threat prep quarterback.

Bryson Worrell, junior: Similar to Caddell, Worrell is entering an important season as a player the Pirates are hoping can enjoy a breakout upperclassman campaign. Consistency will be key for Worrell, who already had 26 career starts in the outfield and his summer in the Valley Baseball League included hitting in the league’s home run derby event.

Lane Hoover, sophomore: Hoover’s injury-shortened rookie season had memorable moments, highlighted by him finishing fourth on the Pirates in batting average at .328. The speedy left-hander was hitting No. 2 in the batting order before he hurt his shoulder late in the season. Look for Hoover, who was 7-for-12 on stolen base attempts a year ago, to take over as ECU’s leadoff man or hit in the No. 2 spot.

Thomas Francisco, sophomore: Francisco’s natural hitting ability will be important to protect Burleson. Francisco had six multi-RBI games as a freshman in showing his potential to be even more of a producer this year. He ended 2019 on an eight-game on-base streak and was one of only two Pirates — joining former star Spencer Brickhouse — to record multiple hits in the NCAA Louisville Super Regional.