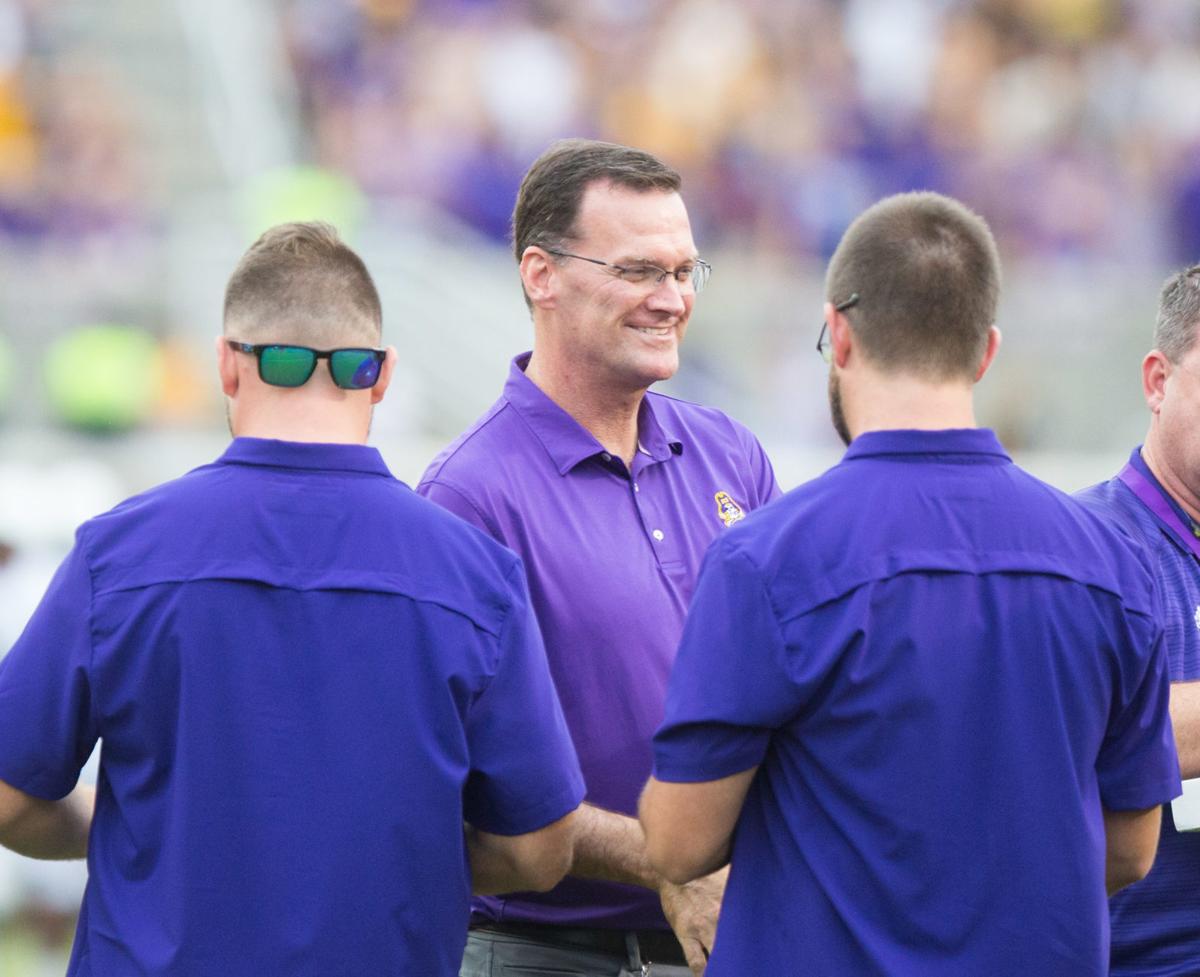 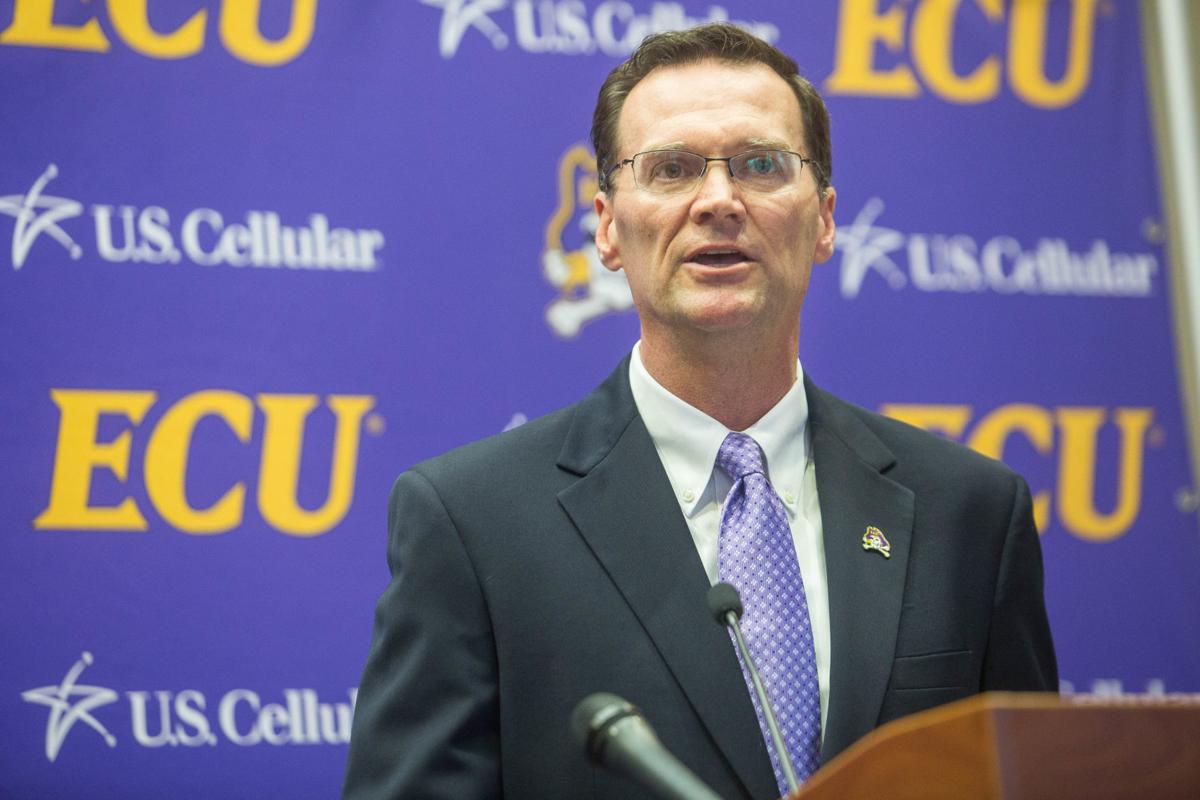 Jon Gilbert speaks during his introductory news conference inside the Murphy Center on Dec. 3, 2018. 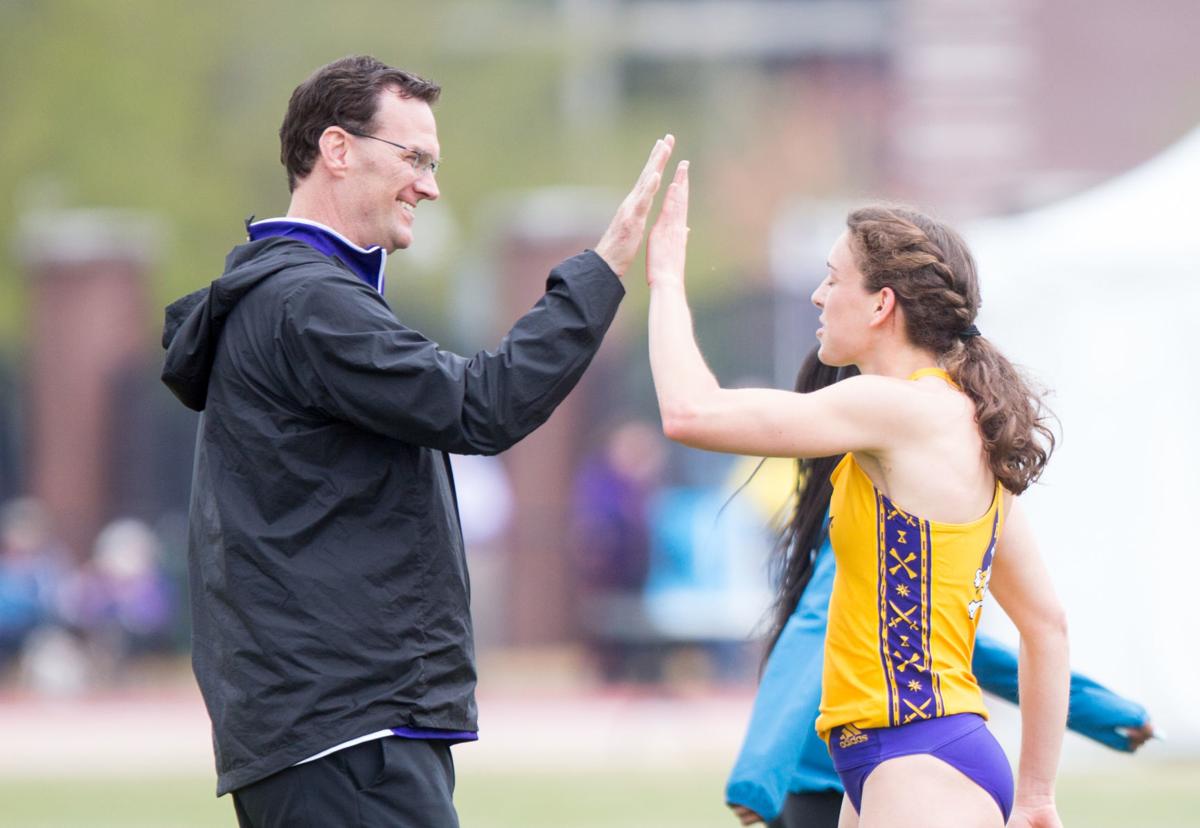 Jon Gilbert speaks during his introductory news conference inside the Murphy Center on Dec. 3, 2018.

One year later, Jon Gilbert is encouraged yet not satisfied.

Gilbert also followed through on intentions to hire ECU’s first-ever director of sports nutrition, and he finalized a deal for the Pirates to earn $1.8 million to play at Michigan in football in 2023. TowneBank Tower opened at Dowdy-Ficklen Stadium in August. The Pirates hired a social media coordinator and implemented kids zones at Dowdy-Ficklen and Minges Coliseum.

It was a busy and productive first 12 months, Gilbert said, but challenges remain in finances, increasing football attendance and breaking a string of five straight losing football seasons.

“There are a lot of things to still work on, but in a year’s time I feel like we have made a lot of headway and are clearly headed in the right direction,” Gilbert said from his office on Tuesday, exactly one year after the ECU Board of Trustees approved his appointment on Dec. 3, 2018.

Gilbert said hiring Houston, women’s basketball coach Kim McNeill and women’s golf coach CC Buford were big moments for him in his first year at ECU, after serving as AD at Southern Miss. He is still looking at more opportunities to play football games versus Power Five conference opponents, and said he tries to be as accessible as possible to fans and players, which includes offering his cell phone number to all East Carolina student-athletes.

But Gilbert said improving the culture in ECU’s athletic buildings makes him most proud.

“We have really good people who are working long, hard hours, and when I got here, I did not feel like they were in a good spot,” he said. “There was a little bit of a dark cloud hanging over. I think that cloud has dissipated, and people are enjoying coming to work. We still have issues we are working through, so it’s not a Utopia, but I will say that if you talk to the majority of our workers that they will tell you it is a much different culture than before I arrived. That is what I am most proud of.”

The Pirates leaned on Hart and administrator Lee Workman after the departure of Jeff Compher in 2018.

Hart, probably the person most responsible for ECU’s link to Gilbert last year, is in his final days as a special athletics adviser for the Pirates. He signed that contract on March 15, 2018, to earn $31,250 per month, and it was extended last December for one more year to expire Dec. 15.

“I will still call him a lot and he’s a trusted adviser who has been so great to East Carolina in a lot of ways,” Gilbert said. “I really think he helped bridge the gap during a time when there was not a lot of stability here. A lot of our donors have a lot of trust in Dave, so certainly I think Dave was very instrumental in stabilizing this athletic department.”

Balancing ECU’s budget, which required millions of dollars of institutional support to offset a running athletics deficit and to make capital improvements to facilities, and increasing revenue remain as focal points.

Season tickets form the base for reporting attendance numbers, which represent total tickets sold not actual attendees inside the stadium.

“I knew the student crowd would be a challenge, due to school being out and the holiday, and I think the little rain shower before the game, probably if you were on the fence, made you stay at home,” Gilbert said. “I was disappointed with that, but I also know that we have to work on that ourselves. I’m not pointing a finger, because we have to be better in the environment that we create to make people want to come. ... We were a little north of 14,000 (in season tickets) this year and we need to be higher than that if we want to get the program back where we all want it.”

Gilbert said his experience living in Greenville has exceeded expectations, partly because of how his family has been embraced by the community. That includes his son, Kent, joining Rob Maloney’s basketball team mid-season last year at D.H. Conley High School as part of the family’s transition.

One of Gilbert’s original goals at ECU was to receive immediate insight from fans.

He still travels to different areas of the state to meet with small Pirate Club groups for discussions. On social media, Gilbert’s “60 seconds with the AD” video clips have helped with visibility for him and the student-athletes he interviews during those segments.

“You can’t sit in your office and keep the door closed. You just can’t operate that way anymore,” said Gilbert, who lauded ECU’s student-athletes for participating in more than 6,000 hours of community service and said renovating the Murphy Center for team workouts was a vital project completed during the summer.

“I think that has been a big part of it, with accessibility and transparency. We have a lot of creative people on our external staff, and obviously (assistant athletics director) Ryan (Robinson) leads that unit, so while I personally don’t have Twitter, they have done a good job of putting me out there where people get to see and be part of what is going on in athletics.

“I knew that people loved the Pirates when I got here, but I really didn’t know to what level that was. I look back at the (NCAA) baseball regional (in June) and what type of atmosphere you had here. We had almost 13,000 students at a football game this year, and while all of our crowds haven’t been up to my expectations, I’ve seen glimpses that there are a lot of people who care about the Pirates.”