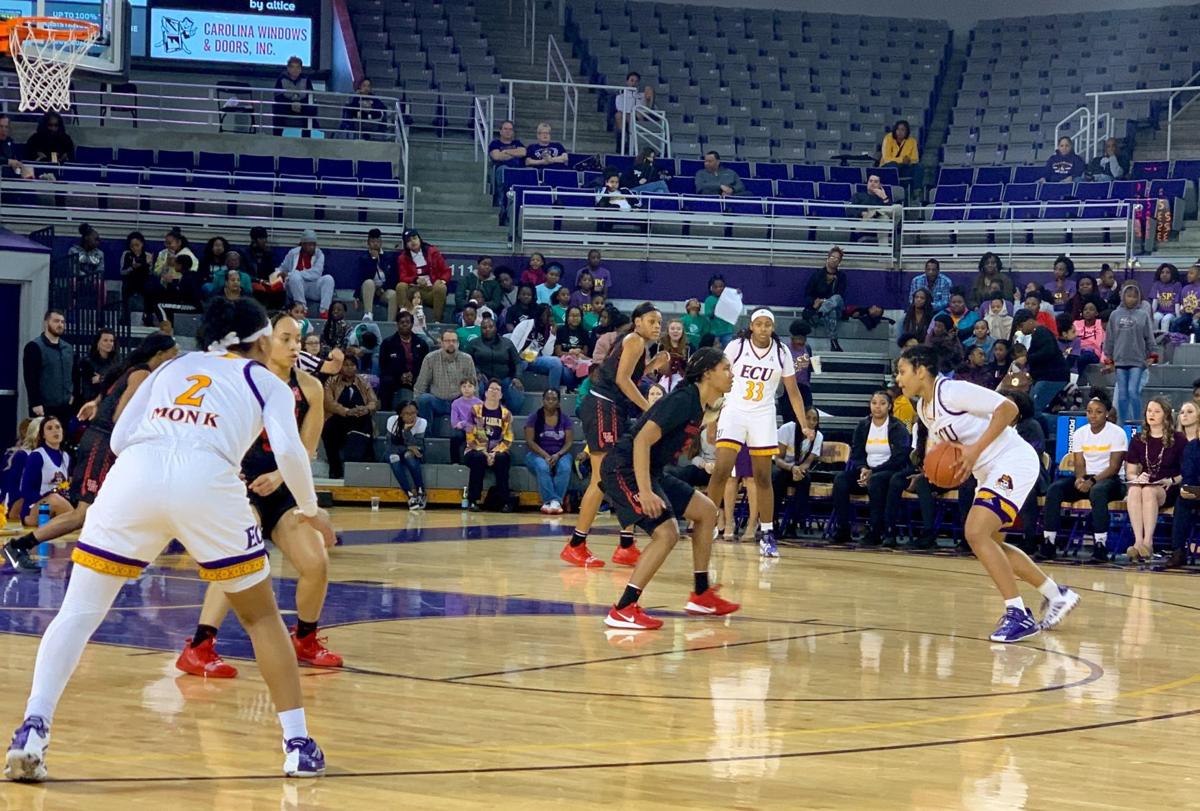 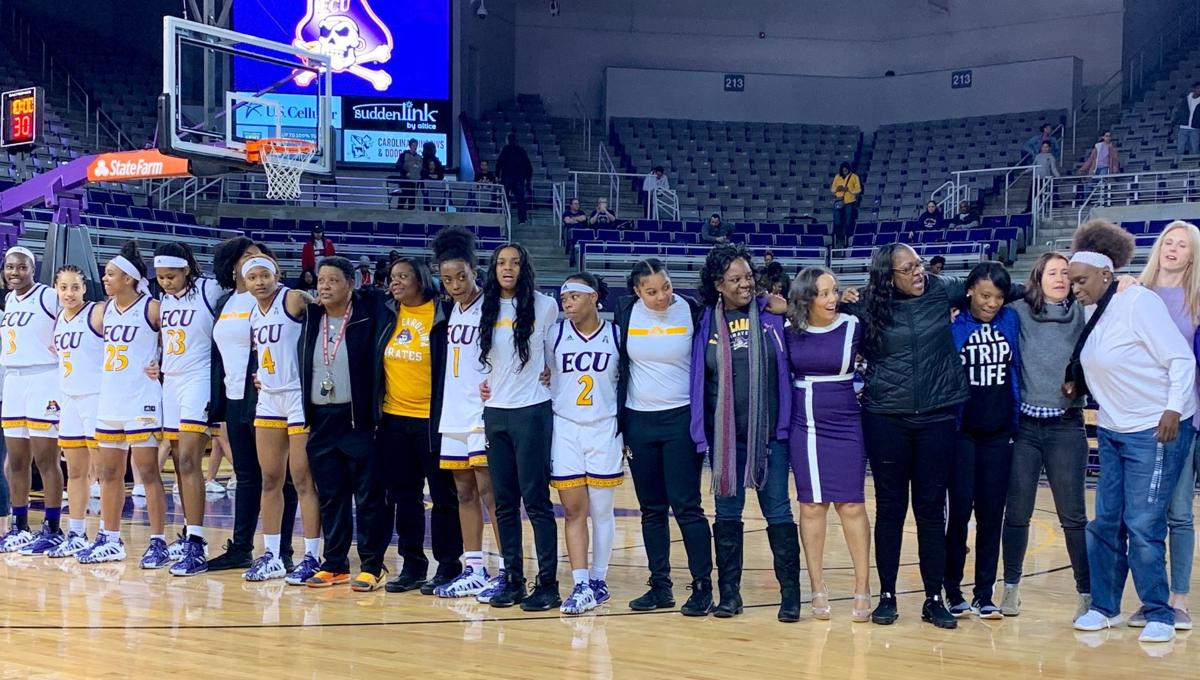 Members of the East Carolina basketball team celebrate with alumni after Saturday's win in Minges Coliseum.

Members of the East Carolina basketball team celebrate with alumni after Saturday's win in Minges Coliseum.

The people in attendance, many of them girls and women cheering on East Carolina’s women’s basketball team, saw the Pirates win consecutive home games for the first time all season in defeating Houston 53-50.

It was 10-10 at the end of the first quarter, but the Pirates took control by outscoring the Cougars 28-17 during the next two quarters. Guiding the victors the entire afternoon was a defense that swiped 16 steals and helped ECU finish with a 12-5 advantage in fastbreak points.

The Pirates (5-17, 2-7 American Athletic Conference) led by 10 with 2:20 left to play and still had to hold off the Cougars’ last-minute rally, taking advantage of a costly UH intentional foul and also Tiara Chambers blocked a final Houston 3-point attempt with .7 seconds left.

“We want to turn this program around, and I’m happy they were able to come and see a game that we gave our all to and were able to get a ‘W,’” first-year Pirate coach Kim McNeill said of winning on alumni day and national girls and women in sports day.

“From Day 1 I told you guys we were going to be a defensive-minded team, because I feel like you can control your effort and defense is all about effort,” McNeill said. “Some nights the ball just might not go through, but we are still building our defensive philosophy and we’re still getting the kids to buy in to our system. It showed down the stretch that our defense won the game with Tiara getting that big block.”

Local girls filled the role of public address announcer, alternating with the microphone as they introduced the starting lineups before tip-off. A video tribute was played during the first half, highlighting some of the Pirates’ accomplishments in all women’s sports.

Halftime included dancing by young fans and the ECU dance team, and recognition of former ECU women’s basketball players in attendance. Alumni included East Carolina all-time leading scorer Rosie Thompson (1975-80) and former Pirate star and professional Jada Payne (2013-16), who is third on the scoring list and was back for alumni day for the first time.

“It feels great to give back to all the women in the past that paved the way for us,” said Evans, a freshman from Columbia, Md. “We’ve been grinding, so it felt good to get a win here.”

Some young girls shadowed ECU athletics employees during and after the Pirate victory.

A stepback 3-pointer by Monk swished and impressed fans while giving the Pirates a 17-12 edge. Claytor ripped a steal on the ensuing possession and drove the length of the floor for a layup and 19-12 ECU lead with 6:40 until halftime.

Houston committed 14 turnovers in the first half, eight of which were Pirate steals, and had 29 turnovers for the game.