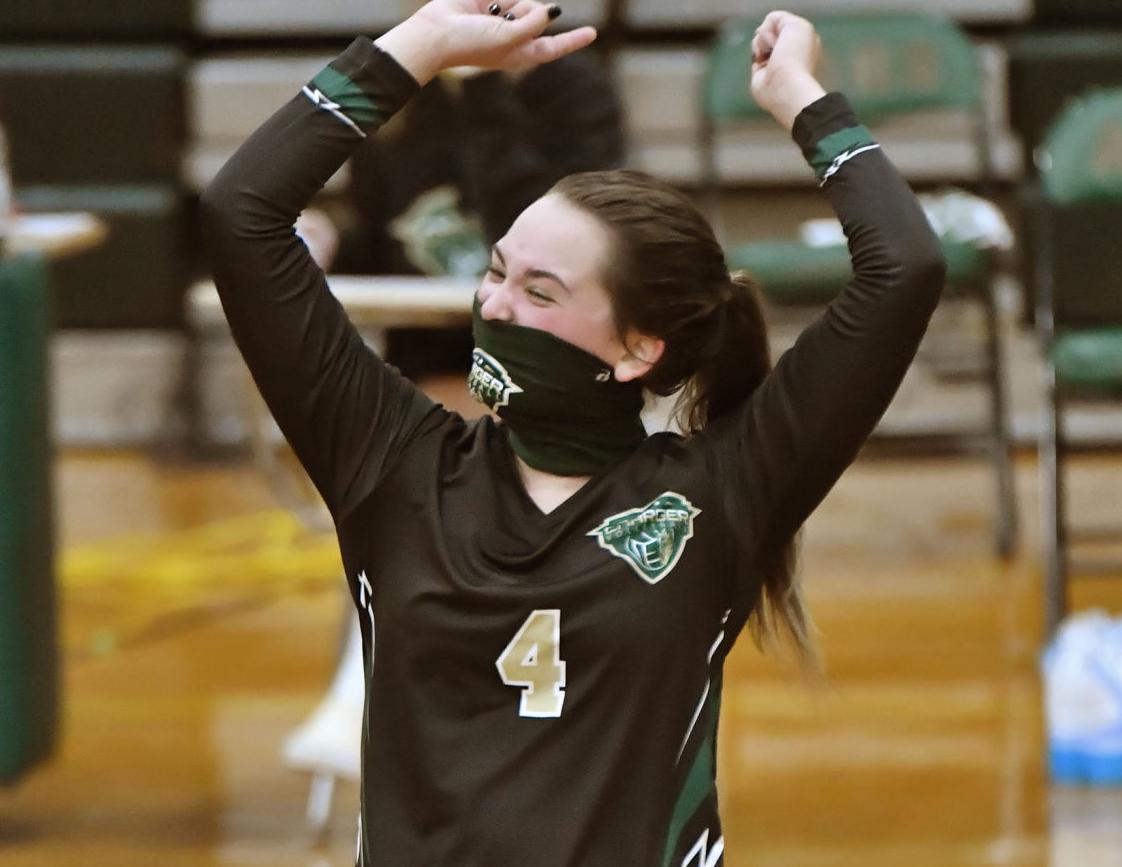 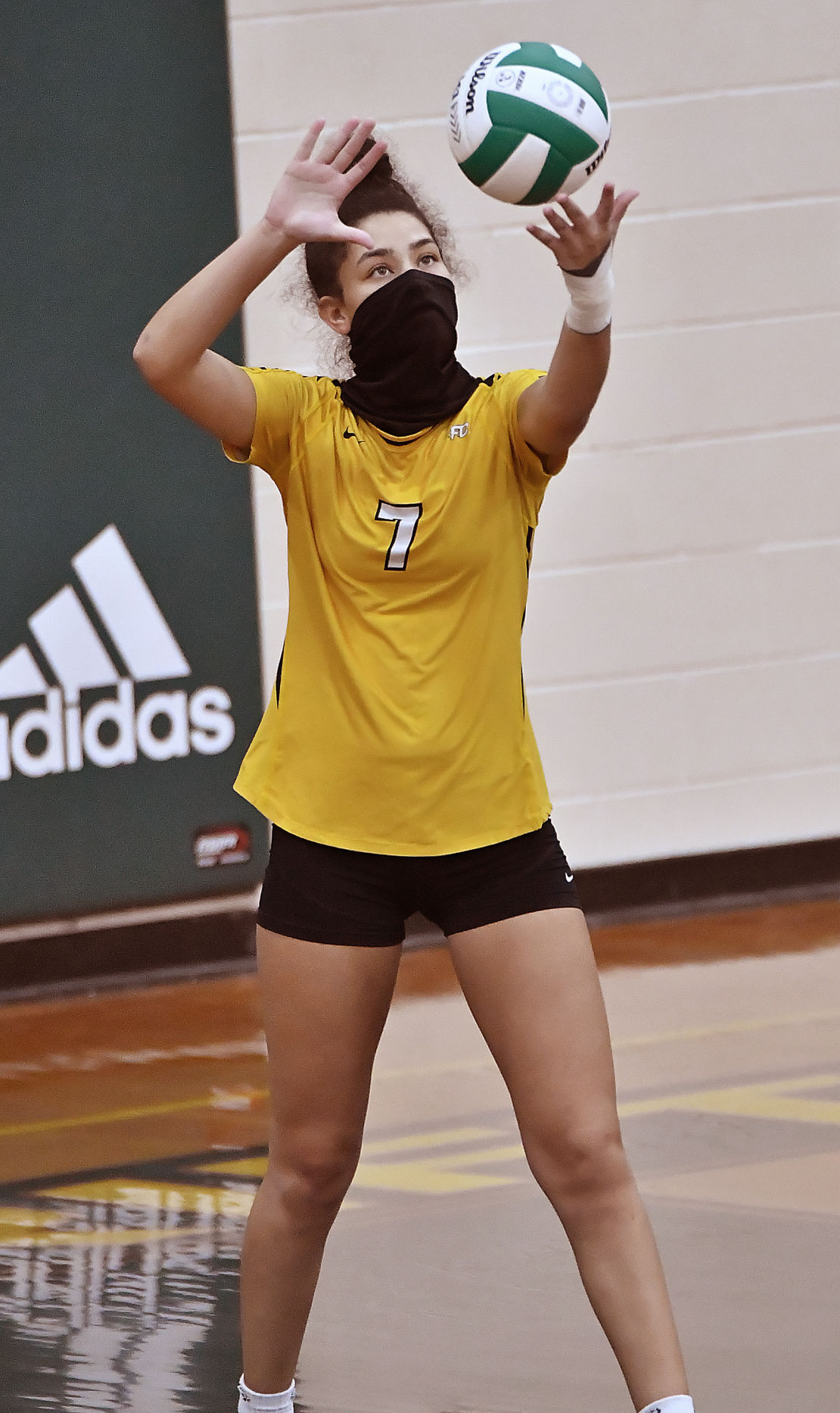 Farmville Central's Lauryn Pitt, shown serving, was a force all over the court for the Jaguars against Ayden-Grifton Tuesday night.

Farmville Central's Lauryn Pitt, shown serving, was a force all over the court for the Jaguars against Ayden-Grifton Tuesday night.

LITTLEFIELD — There’s nothing like a good old-fashioned five-set volleyball match between Pitt County rivals to start the season.

“Last year we were state runner-up, and I knew when I took the job that we were losing three key players,” Chargers first-year coach Nicole Waters said. “I knew we were going to have to play defense because we are a small team, height-wise. We have worked super hard in practice and I’ve been especially tough on these girls about playing defense. They did a great job and showed me exactly what I wanted to see.”

Down two sets to one, the Jaguars took the lead for good, 10-8, on a three-point serving run by Lauryn Pitt in the fourth set. Farmville, behind kills from Savannah Whaley and Kenya Pittman as well as Pitt, extended its advantage to 16-10.

Later in the set, Pitt served the final four points, which featured kills from Whaley and Pittman, to send the match into a 15-point decisive fifth set.

Holly Cannon staked A-G to a quick 3-0 lead from the service line, and Abby Langemann provided a kill. Later, libero Yaneth Quiroz added two more points when her dig of a potential smash by Pitt led to a point, and Cannon set up Haley Pasour for a tap to make it 7-2.

Farmville fought back, as a three-point run sliced the deficit to 11-10.

The teams traded points and were tied at 11, 12 and 13 before a serve into the net set the Chargers up for the win. A long rally ended with Langemann slamming home a kill for match point.

“This was a great opportunity for us because I knew Farmville had a great team,” Waters said. “They have amazing hitters, and I knew if we could compete with them, we would be just fine in our conference.

“Lauryn is an amazing player who is so smart — she can place the ball, she can hit hard, tip and roll shots. We had planned ahead, knowing we had to take them out of their game to be able to win because we are a smaller team.”

The teams went back and forth for much of the match.

In the first set, the Jaguars led 9-7 following three points from Caroline Evans, but the Chargers eventually rallied to take a 21-19 edge. Farmville tied it at 22 and 23 and was one point away from winning the set before a side-out and the final two points from Cannon gave A-G the win.

Cannon’s three-point run made it 11-8 Chargers in the second set, but Farmville rallied again as Kristin Frazier served six in a row (Pitt had a pair of kills) to take a 20-13 lead. Pasour, Langemann and Ashlee Capizzi helped A-G pull within one point twice before the visitors got the final point to even the match.

Ava Loper’s four points gave the Jaguars a 13-9 edge in set three, but a run by Paige Stallings at the line tied it at 19. Cannon then broke a 20-all tie with three points — one coming on a smash by Capizzi on a free ball return. Cannon’s next point and a long return gave the home team a two sets to one lead.