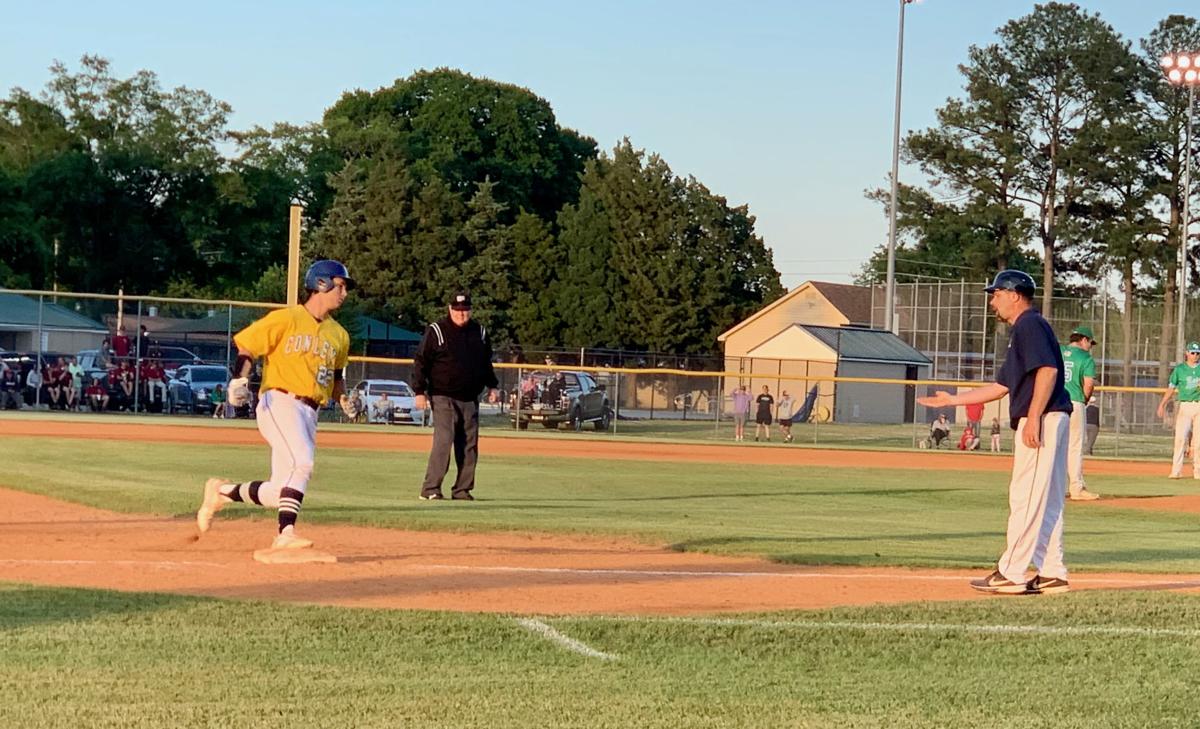 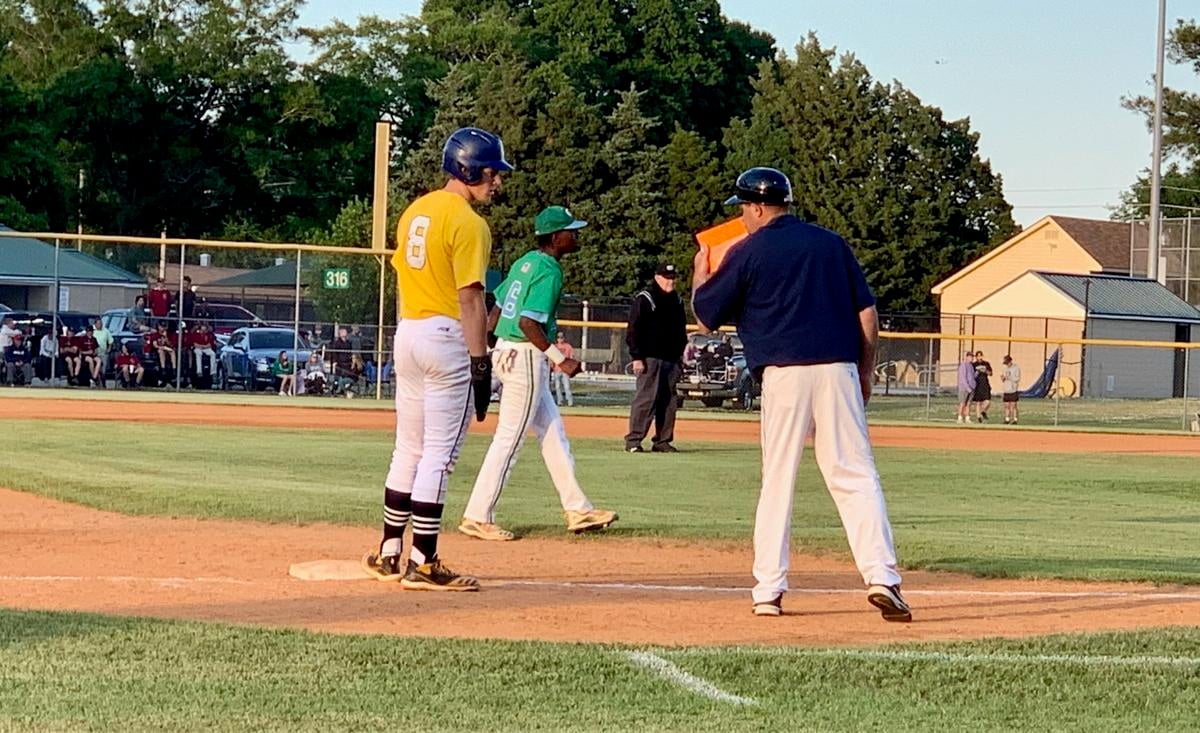 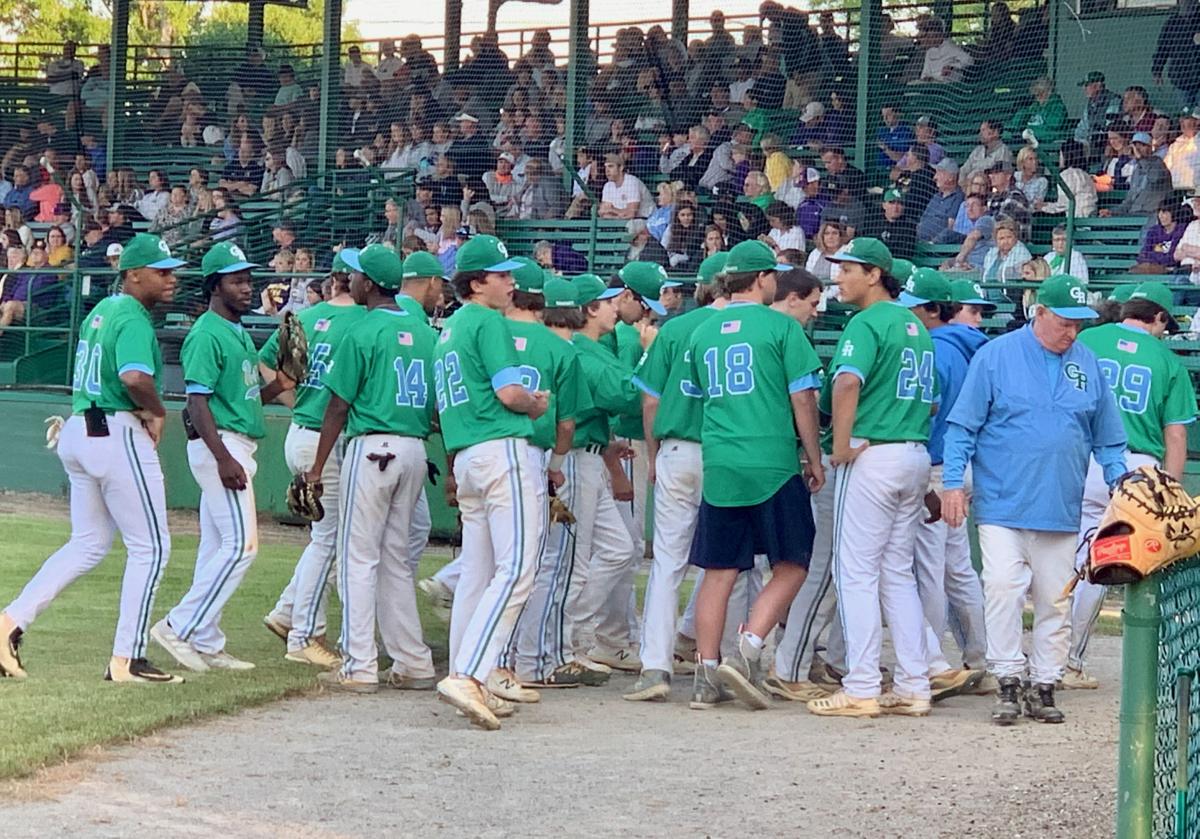 The J.H. Rose baseball team huddles between innings at Guy Smith Stadium on May 13 as fans fill the stands in the background.

The J.H. Rose baseball team huddles between innings at Guy Smith Stadium on May 13 as fans fill the stands in the background.

The baseball teams at J.H. Rose and D.H. Conley each defeated the other team once this week, and the winning coach Thursday night hinted at the possibility of a third and even more important matchup later this year.

Coach Jason Mills’ Conley squad secured an important victory at Guy Smith Stadium on Thursday thanks to a three-run scoring surge in the top of the fifth inning of a 4-1 win. Dixon Williams scored the go-ahead run before Matthew Matthijs launched a two-run home run to left field with two outs in the DHC fifth, making it 4-1.

“With South Central and C.B. Aycock coming on and we both still have them, there are no gimmes right now, and we’ll have to play out the season and see where we are at,” Mills said. “That was a crucial win for us tonight. Both of us will hopefully make the playoffs and if we both can, we’ll meet up again in the second or third or fourth round or whenever they want and it will be another epic game like these two.”

Each team entered with a 4-1 record. Rose won 4-3 at Conley on Tuesday, which made the Rampants 3-0 in the Eastern Carolina 3-A/4-A Conference. Conley is now 5-1 overall and in the ECC.

“It was a great game and we had a lot of chances early, it was just two or three pitches offensively and two or three pitches defensively changed the game,” JHR coach Ronald Vincent said. “We were right in it and right in it, and if we could have gotten some more runs early, it could have changed the whole game. ... It is hard to beat good teams like that back to back. Evan McLean made the big pitches and he got us out.”

Williams, Conley’s leadoff hitter, was hit by a pitch to start the Conley fifth when the score was 1-1. Justin McDonald then lined a single to the outfield for Williams to move to third base. Williams scored on a wild pitch for a 2-1 edge.

It was Rose that had the early momentum, starting with Michael Allen ripping a single down the third base line to begin the bottom of the first. He later scored on an RBI fielder’s choice off the bat of Wade Jarman, but the Rampants left two runners on base in the first inning, the bases loaded in the second and Jarman stranded on third base in the third.

McLean nearly pitched a complete game, producing his sixth and final strikeout for the second out of the Rose seventh inning. Colby Case took over for McLean for the final out.

“He was nervous, and it’s hard to remember sometimes these kids are 17 years old and the nerves get them with the talk around town this week being about really big games,” Mills said of McLean. “The first time I went out (for a mound visit) to settle him down, and the second time I went out to challenge him a little bit and got in his kitchen and he responded well. Evan has been a bulldog for us this year.”