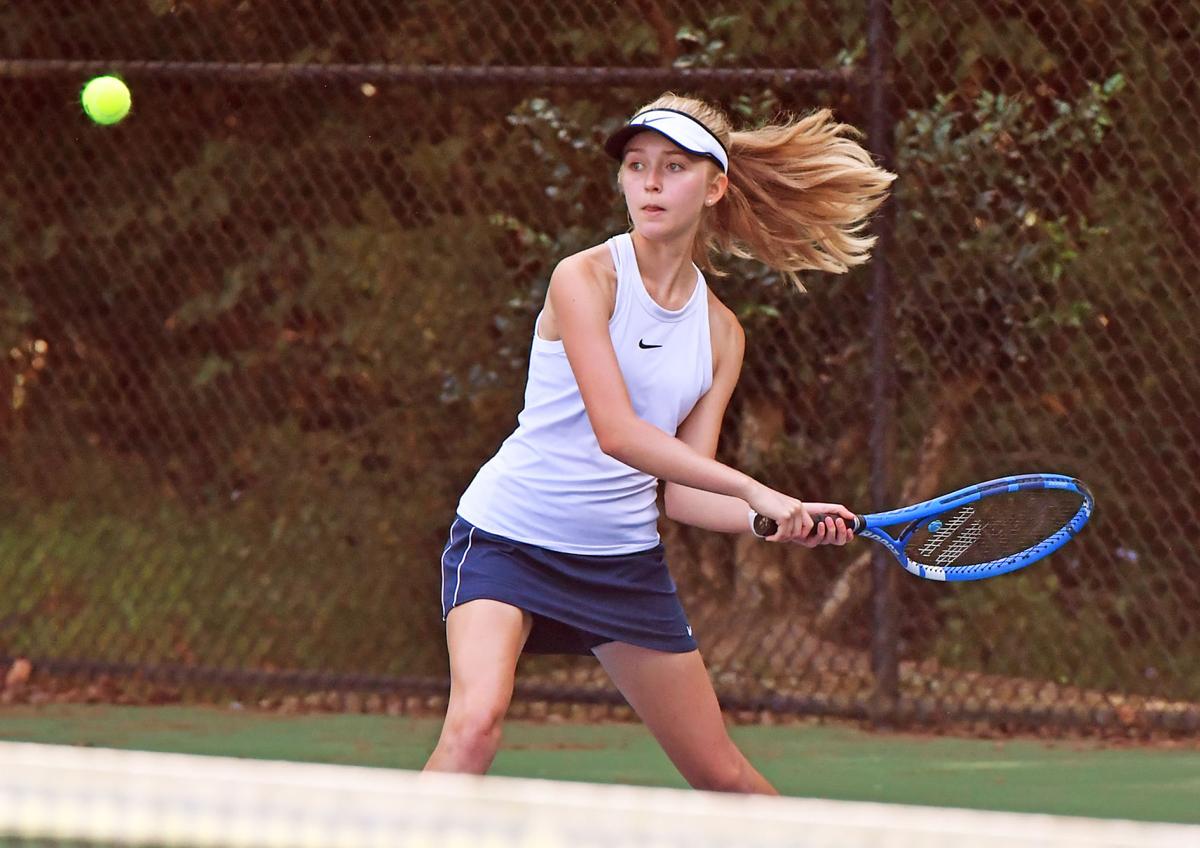 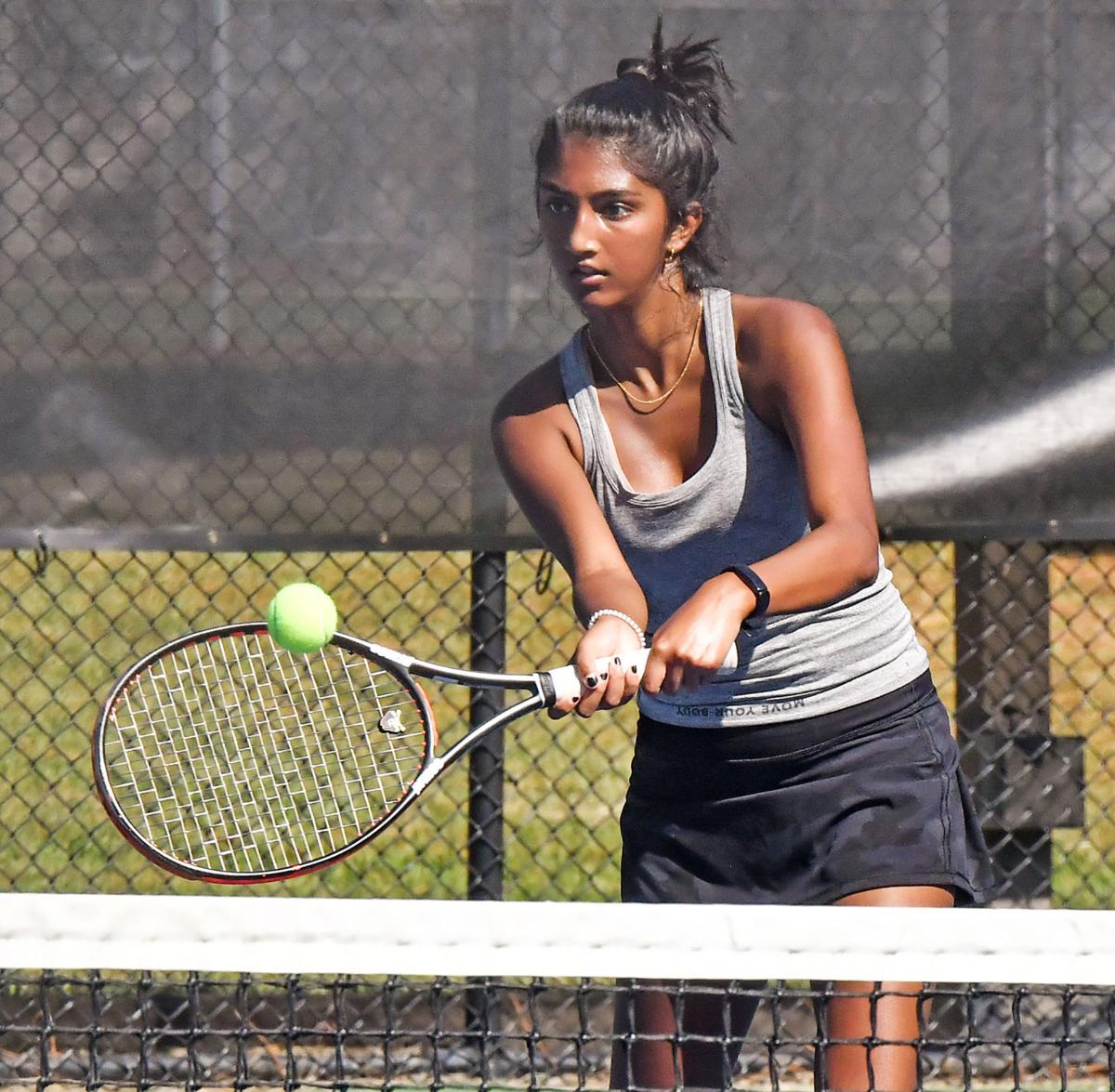 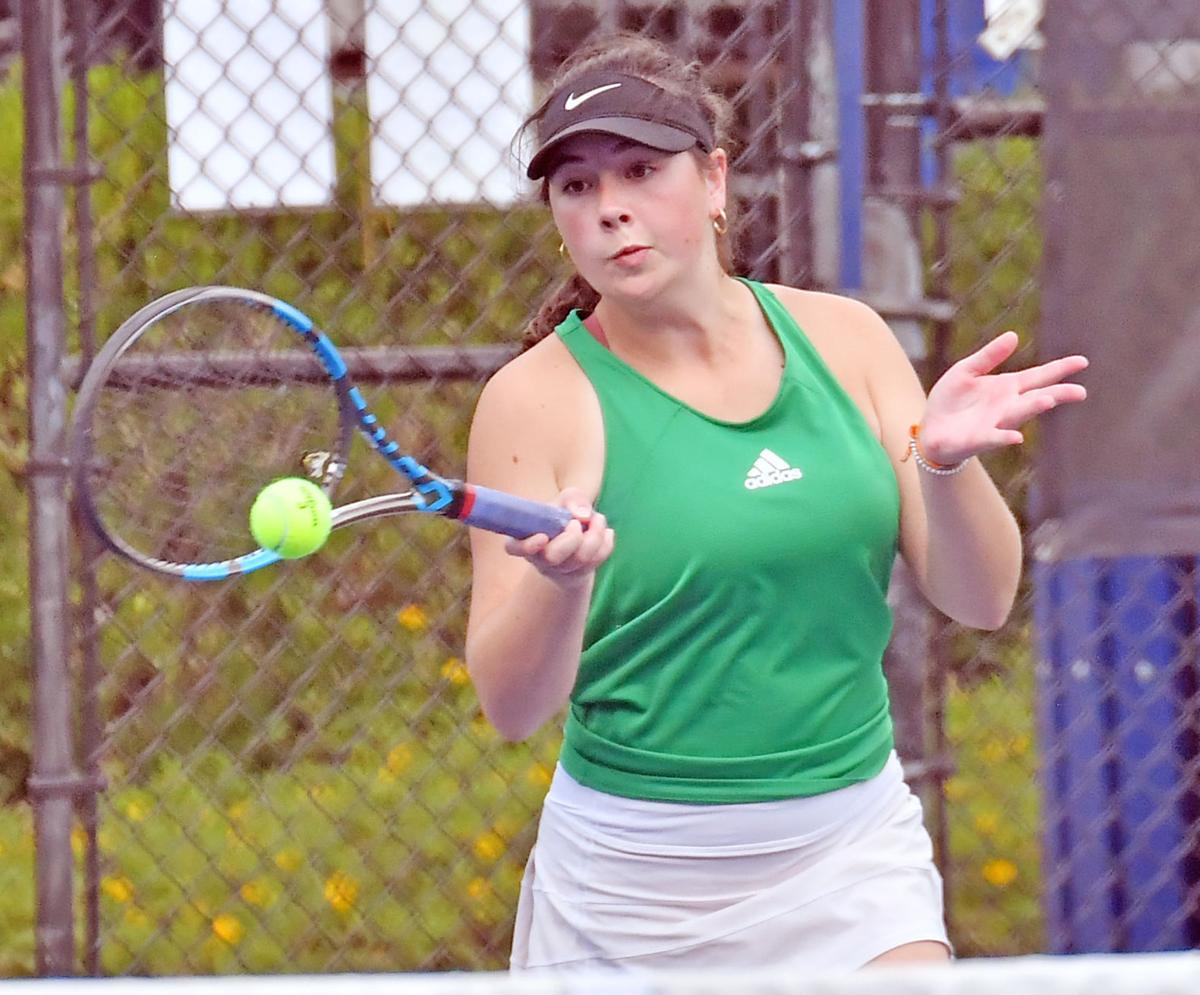 The Big Carolina 3A/4A Conference Tennis Tournament proved to be a success for the three Pitt County teams.

J.H. Rose, South Central and D.H. Conley will send a combined seven players (three singles and two doubles teams) to next week’s regional tennis tournaments after they put forth a strong showing in the league tournament Thursday at River Birch Tennis Center.

J.H. Rose – the league’s regular-season champion – will send five players: Edie Yount in singles, and the doubles teams of Dabney Osborne/Emily Mitchum and Britton Seymour/Cecilia Batton – to the 3A East Regionals, which are next Friday at North Carolina Wesleyan College in Rocky Mount.

South Central will send Pradnya Akula in singles in the 3A division.

Conley qualified Katelyn Varnell in singles in the 4A division.

They will be joined by Jacksonville’s Chloe Stocker (3A singles), Jacksonville’s duo of Ava Perozzi/ Emma Grace Jones (3A doubles) and New Bern’s doubles team of Kyla Brice/Madison Messer (4A doubles).

The 4A East Regionals will be held at Millbrook Exchange Park in Raleigh.

Akula won her second straight singles title with a 6-0, 6-4 victory over Yount in the 3A finals. Akula claimed the 4A singles crown last season.

Akula, the No. 1 seed, had a first-round bye, defeated Jacksonville’s Mia Perry 6-0, 6-0 and then eased past Melaney Caudill of Havelock 6-2, 6-1 in the semifinals.

Stocker earned her regional berth by defeating Caudill 7-6, 6-3 in the third-place match.

Varnell experienced little difficulty in claiming the league’s 4A singles crown. She lost just one game in two matches – she defeated New Bern’s Georgie Lewis 6-0, 6-0 in the semifinals and then shut out Sarah Jane Underhill of New Bern in the finals, 6-0, 6-0.

Underhill prevented an all-Conley 4A singles final with a 4-6, 7-5, 11-9 victory over the Vikings’ Caramia Landis in the other semifinal match.

In the 3A doubles division, J.H. Rose’s duo of Osborne and Mitchum lost just 11 games in three matches on their way to the championship.

After a first-round bye, Osborne/Mitchum – the top seed – won 6-1, 6-1 over Northside-Jacksonville’s Payton Longfellow/Makayla Daddona in the quarterfinals and then stopped Jacksonville’s pairing of Haley Williams and Kristina Nguyen 6-2, 6-3 in the semifinals.

Osborne/Mitchum then won the all-Rose doubles final with a 6-3, 6-1 victory over teammates Seymour and Batton.

After a first-round bye, Seymour/Batton (the No. 3 seed) defeated South Central’s Grace Greensburg and Kyla O’Connell 6-0, 6-1 and Jacksonville’s Perozzi and Jones 6-0, 6-4 (the No. 2 seed) to move to the championship.

Perozzi and Jones earned third place and a regional spot with a 5-7, 6-2, 10-2 win over Williams and Nguyen.

South Central’s other doubles team, Sydney Anglen and Emerson Fipps, dropped a 6-3, 6-3 decision to Longfellow/Daddona in the first round.

The Falcons’ other singles player, Stella Auguston, fell to Stocker 6-1, 6-1 in the 3A singles quarterfinals.

Conley’s two doubles teams suffered losses in their only matches in the 4A division. The duo of Peyton Whitley and Skylar Roberts fell 6-1, 6-0 to Brice and Messer, while the duo of Sasha Wells and Catherine Adams were defeated 7-6, 6-4 by New Bern’s team of Mary Grady and Laura Daniels.