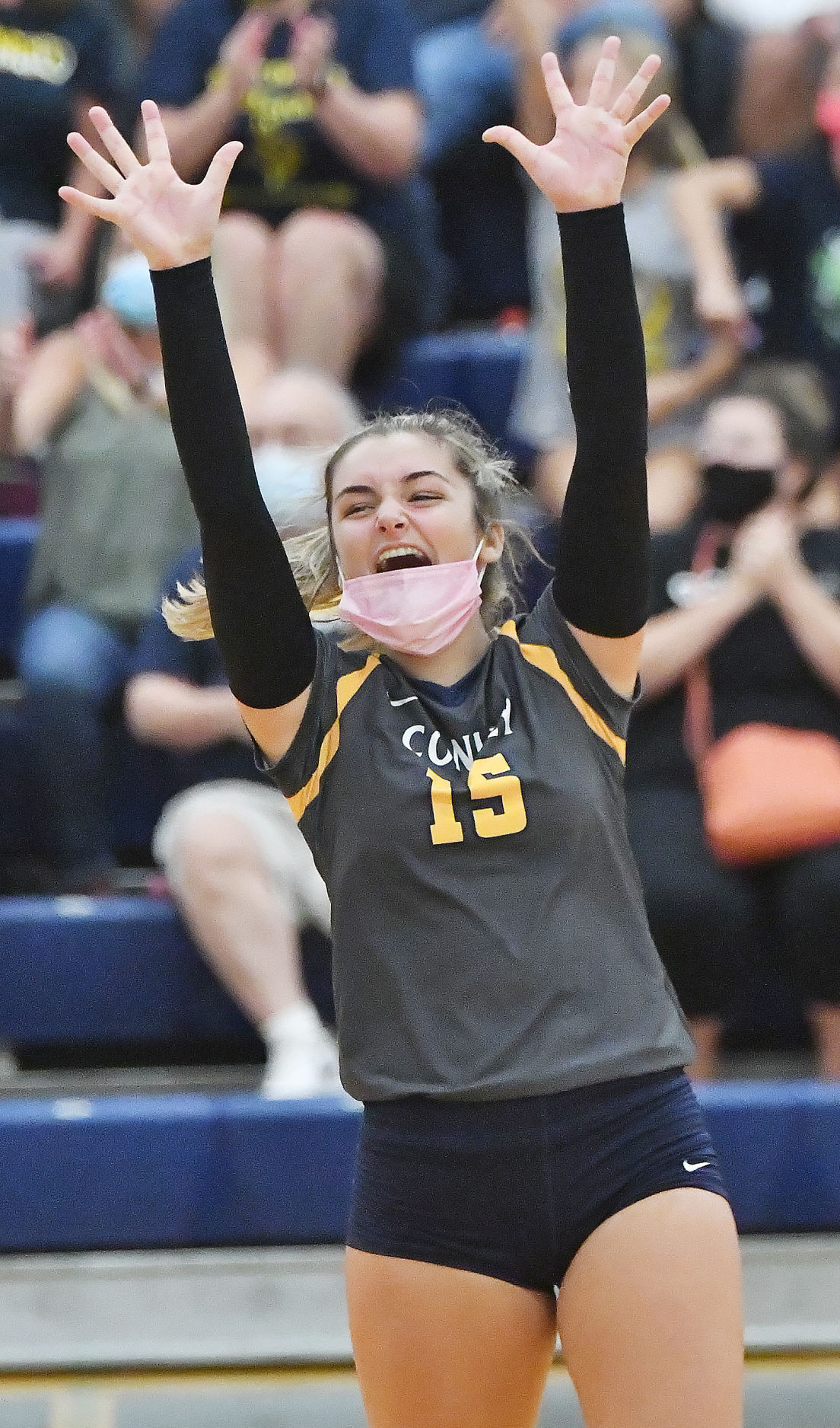 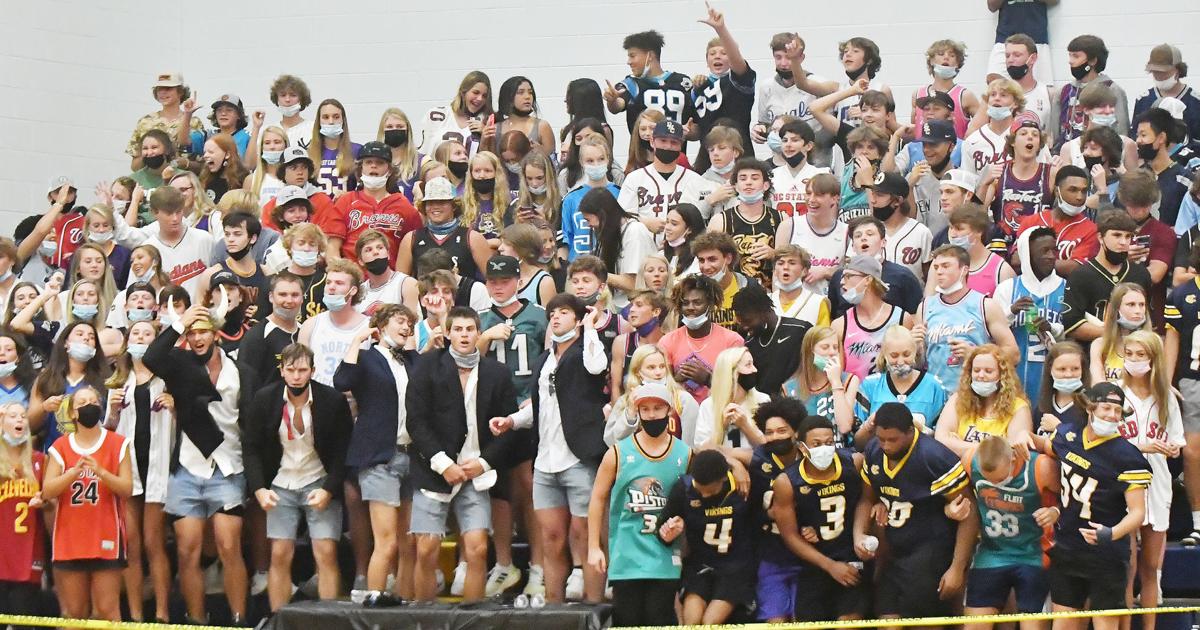 The D.H. Conley student section was out in full force cheering on the Viking volleyball team Thursday against J.H. Rose. 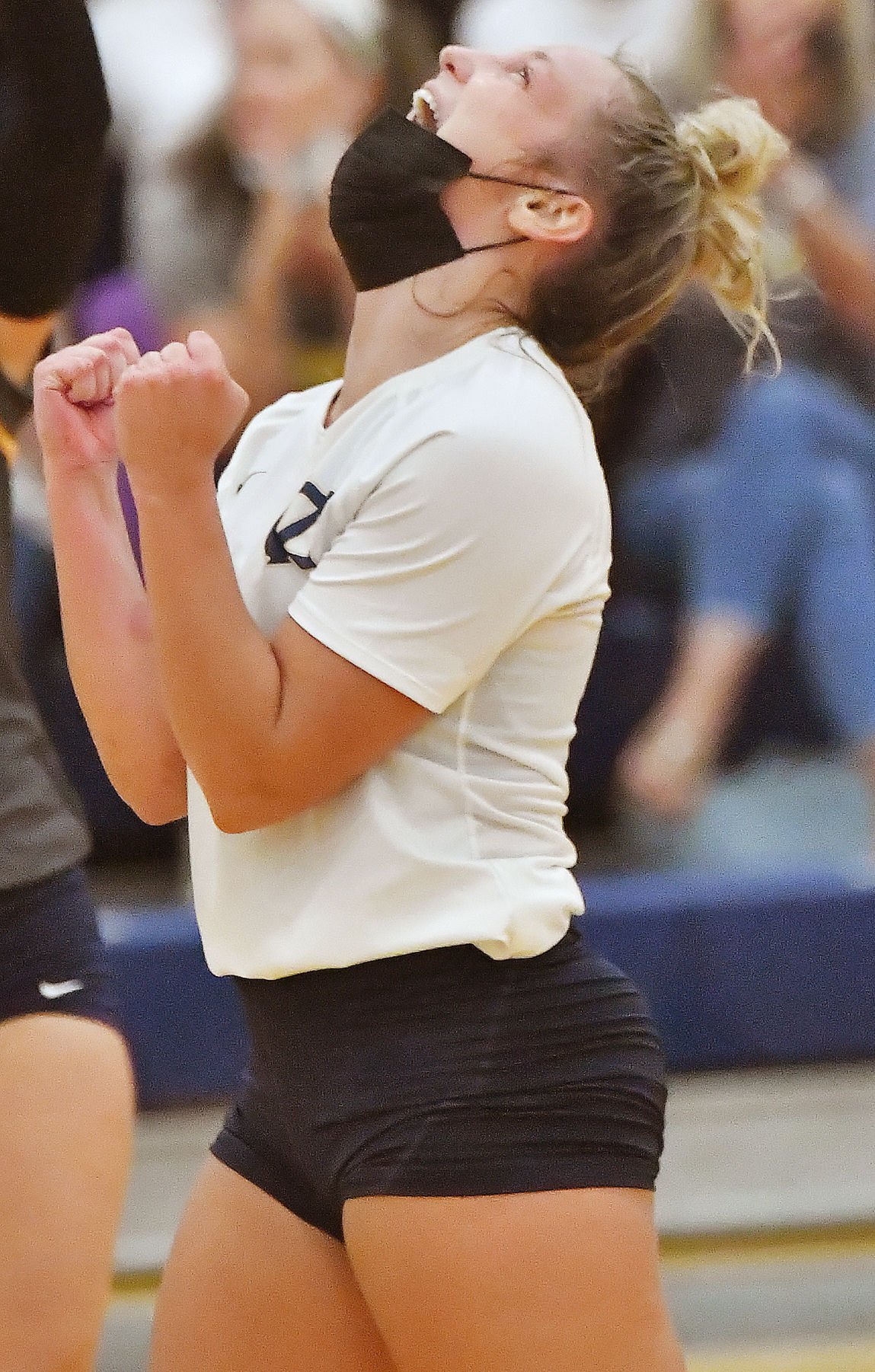 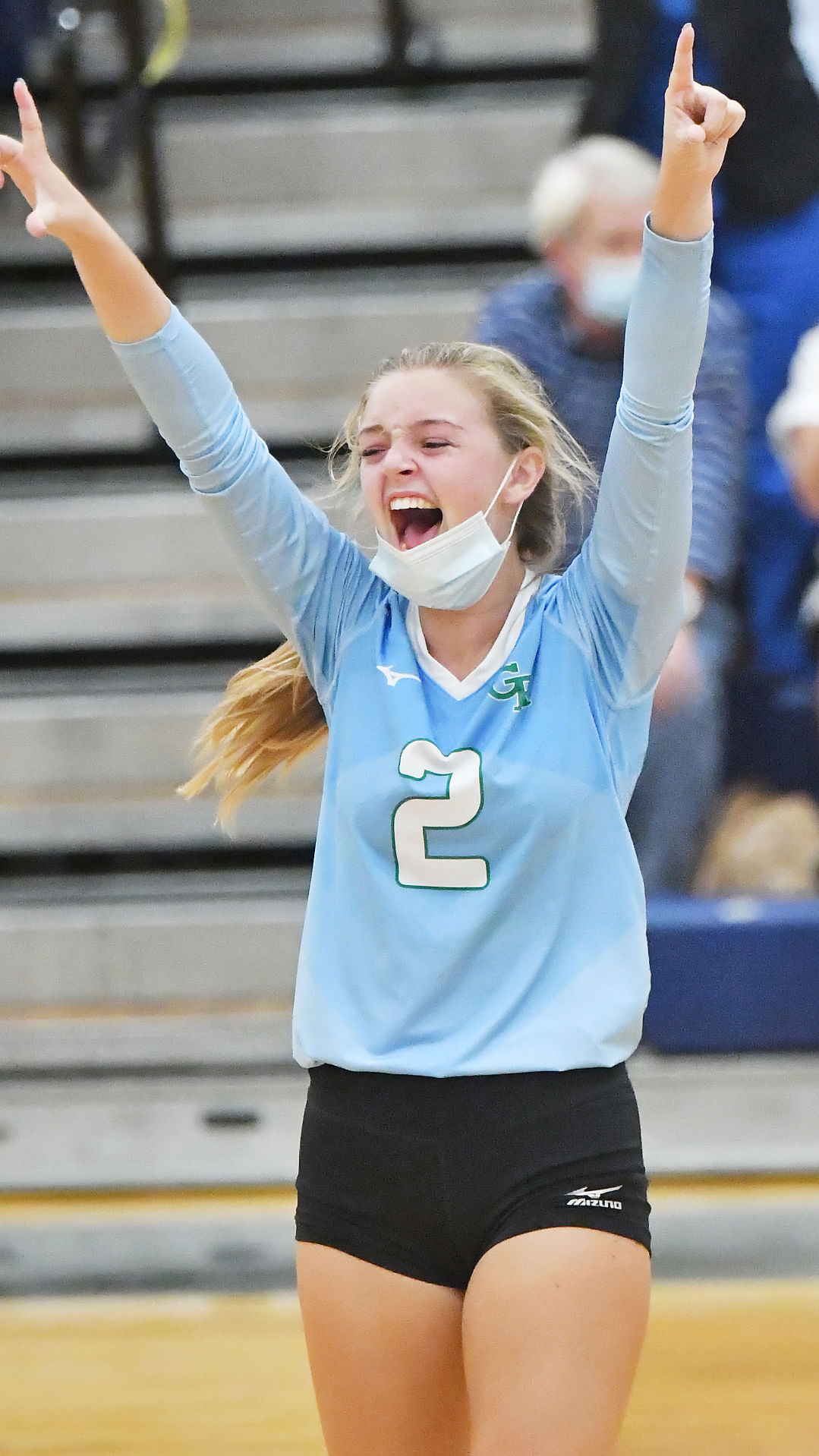 The D.H. Conley student section was out in full force cheering on the Viking volleyball team Thursday against J.H. Rose.

The atmosphere for the first of two matchups between J.H. Rose and D.H. Conley volleyball on Thursday could be described in one word – electric.

A packed house reacted to every play, good or bad. And there were a lot of phenomenal plays by players from both sides.

“We played the state championship (in February) in front of a whopping 25 fans, and only 12 of those were Conley fans,” said Vikings coach Jennifer Gillikin, whose squad improved to 7-1 overall and 2-0 in the Big Carolina 3A/4A Conference while handing Rose (9-1 overall, 2-1 conference) its first defeat of the season.

“The atmosphere in this gym tonight was just amazing for high school volleyball,” Gillikin added. “We expected it because I had been getting texts from former players and people who just love volleyball who said they were coming. I just can’t say enough about the effort level of both teams – it was second to none. There were balls picked up and kept in play by both Rose and Conley that were just amazing.”

Gillikin said her players kept their wits about them.

“I think we stayed calm and focused, and that was something we talked about all week was not to get caught up in the excitement in the stands – stay focused and play our kind of match, and I think our girls stuck to it.”

The teams went back and forth most of the first set with neither team gaining more than three straight points on serve in any rotation.

A kill by Maddy May off a set from Cassie Dail pulled the Vikings within one (19-18). The teams were tied at 20 and 21 before Conley broke Rose’s serve, and a missed kill gave the home team a 23-21 edge.

Rose regrouped after a timeout. A play at the net by Shea Jenkins, followed by two points from Forbes Hall, moved the Rampants to within a point (24-23) of winning the set.

Conley tied it on a kill by Ella Philpot, but a block by Helen Wilford gave the visitors the lead. However, a missed tap tied it again, and a set from Mallie Blizzard resulted in Ashlyn Philpot’s kill. Ella Philpot made a play at the net on Carson Corey’s serve to give the Vikings the set.

Rose held a 2-0 lead in the second set on Hall’s hard serve, but another Blizzard set/Ella Philpot kill got Conley on the board. Blizzard’s three-point serving run (highlighted by a kill from Ella Philpot) put the Vikings ahead 4-2.

Rose was able to slice the deficit to a point and even tied it at 6-all on an Anna Hayes set/Amelia Taft kill, but May’s kill gave Conley the lead for good, 7-6.

The Vikings then pulled away behind five points from Dail (May added a kill), and the advantage grew to 15-8 before a kill by Hall cut the deficit to five (15-10).

With the Philpots and May earning kills and Maddie Vestal and May coming up with a couple of key blocks, Conley was able to pull away to take the set and go up 2-0.

Rose continued to show fight in the third set. There were six ties among the first 10 service rotations before a push return by May gave the home team a 7-6 lead. A Blizzard set/Ashlyn Philpot kill coupled with Ashlyn Philpot’s block of an attempted kill by Wilford put Conley ahead 10-8.

From there, Conley was able to regain the lead twice before the visitors tied it at 19 (Taft kill) and 20 (Carlson return to an open spot).

Conley trailed 21-20 but once again rallied to tie it at 21, then took the lead, 23-21, on two points from Dail (one a kill by May). A kill by Jenkins hit the back line for a point, and her kill staved off one match point before Ella Philpot finished off the Rampants with a kill.

“In the first set, we had way too many missed serves but were staying in the match,” Gillikin said. “I just think we had some big plays at just the right time – Maddie Vestal had huge blocks when we needed them – and Ella had 13 kills and seemed to be our go-to when we needed a point to go ahead. I am very proud that we stayed composed as a team and didn’t get rattled, even if we were down a couple of points.”

Rose coach Ginny Howard believes the match came down to one thing.

D.H. Conley’s Jack Morse fended off Mark Pinnock of White Oak to win individual honors in a four-team meet at Havelock on Wednesday.

Conley’s girls’ and boys’ teams return to action with the full team on Friday in Kernersville when the Vikings compete against 30 of North Carolina’s top teams in the championship division of the Friday Night Lights Invitational.

Like the boys, Conley’s girls fielded a partial squad on Wednesday at Havelock and finished in third place behind White Oak and Jacksonville and ahead of host school Havelock.

Jordan McGowan led the Vikings with a 13th-place finish in a time of 31:00.