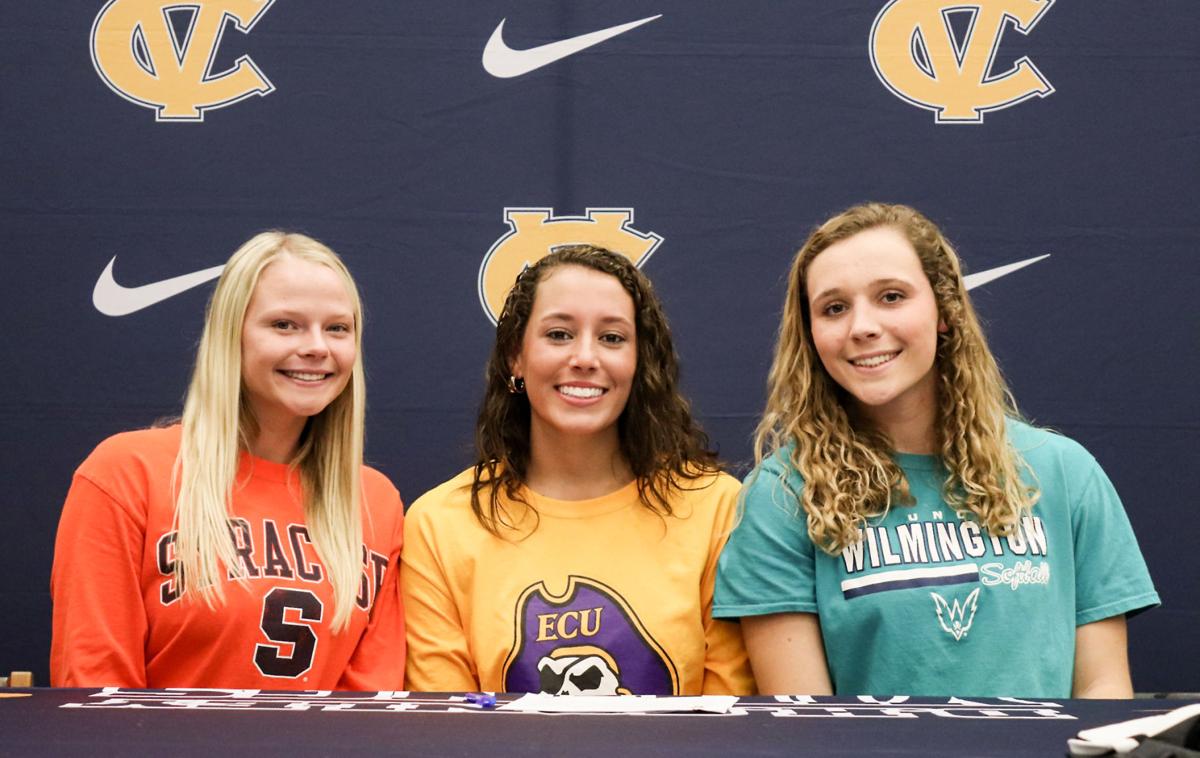 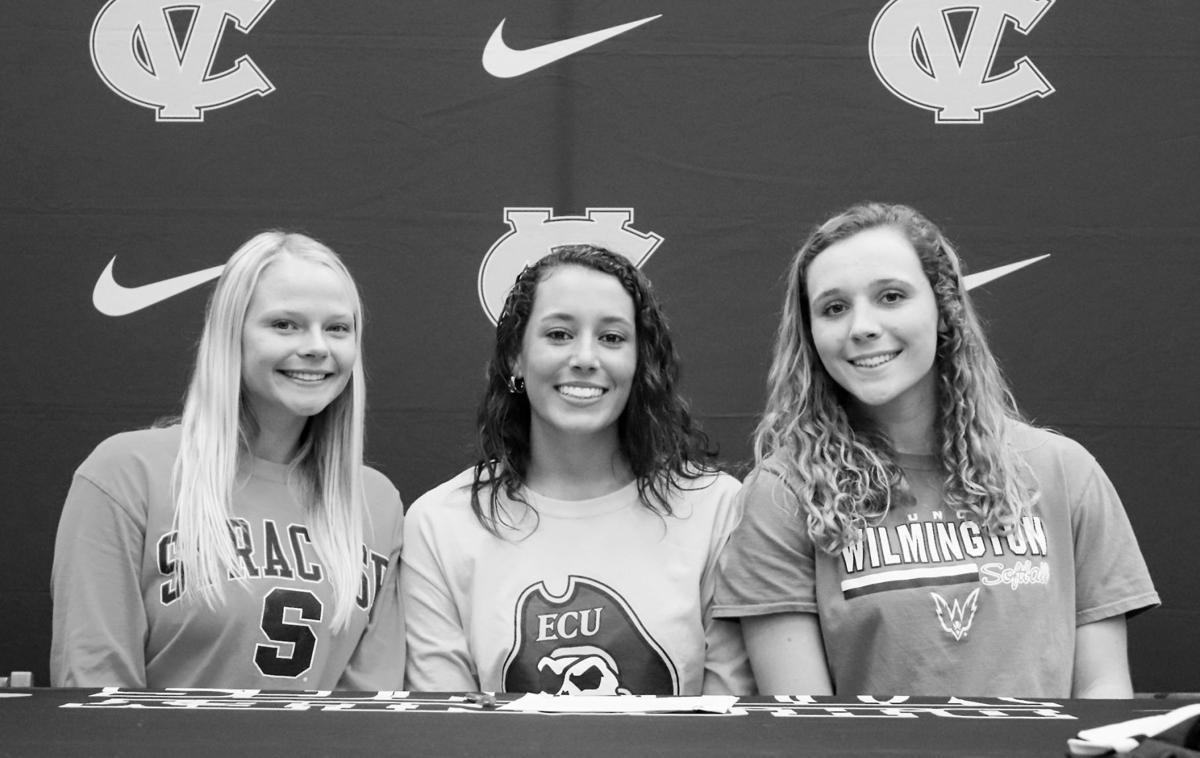 Nichols is going to Syracuse, Sawyer to East Carolina and Fleming to UNC-Wilmington.

They talked about their decisions in this week’s edition of Prep Spotlight with Daily Reflector prep sports writer Jim Green.

Q: Where do they have you projected to play in college?

Nichols: I will play middle infield and third base.

Fleming: I am projected to play middle infield.

Q: What positions have you played while at Conley?

Nichols: Middle infield and third base.

Fleming: I have played left field and second base.

Nichols: I had a lot of schools call me and were interested but Syracuse just felt like home.

Fleming: I committed early so I am not sure.

Q: What factors led you to choose the school you chose?

Nichols: The campus is beautiful and the team culture is something special. The coaches are also awesome.

Sawyer: I felt like I could make an impact on the program.

Fleming: I loved the coaches and the environment I would be around.

Q: What would you like to major in academically?

Nichols: I am not sureyet.

Fleming: I want to major in exercise science.

Q: Tell me about your beginnings in softball and how you’ve progressed.

Nichols: I started playing tee-ball at a young age, then travel ball from 11 years old to now. I played middle school softball at Hope Middle.

Sawyer: I started playing in the PCGSL (Pitt County Girls Softball League) when I was 4. At age 7, I started travel ball and got on a high-level team when I was 12 and committed to Duke. My sophomore year (at Conley) I opened my recruiting back up.

Fleming: I started playing when I was about 4 years old. I met some of my best friends throughout the years from playing on a few travel teams and school teams. I will always have love for this sport.

Q: How has playing travel ball helped you for high school?

Nichols: I have played all over the country against the best competition, which has prepared me for the next level.

Sawyer: I have played for several travel teams and I was very prepared (for high school) because I had seen the best of the best on the weekends.

Fleming: (Travel ball) helped me for high school because my coach taught me how to have self-confidence.

Q: What have been your favorite memories in softball, both individually and as part of a team?

Nichols: Individually, it was hitting my first home run at Conley my freshman year, which was a grand slam. As a team, it was making the Eastern Regional finals in my freshman year.

Fleming: My favorite memories were traveling to cool places to play and going out to do fun things as a team.

Q: Did you ever think you could play in college, and what led you to believe that?

Nichols: Yes, because I have competed and succeeded at the highest level of play all across the country.

Sawyer: When I joined the Lady Dukes (travel team) and Duke (University) became interested I really began to realize I could play in college.

Fleming: Yes. My travel coach helped me realize I was a good athlete and hard worker.

Q: If you were giving advice to younger kids who aspire to be a college athlete, what would you tell them?

Nichols: You are a student before you are an athlete – school always comes first. I would tell them don’t let anyone tell you that you can’t do it. If you want to accomplish your dream, you have to put in a lot of hard work and believe in yourself, but remember…it’s game, so have fun and remember your why.

Fleming: Give it your all 24/7 and work hard, even if no one is watching. School comes first! Our world is full of surprises.