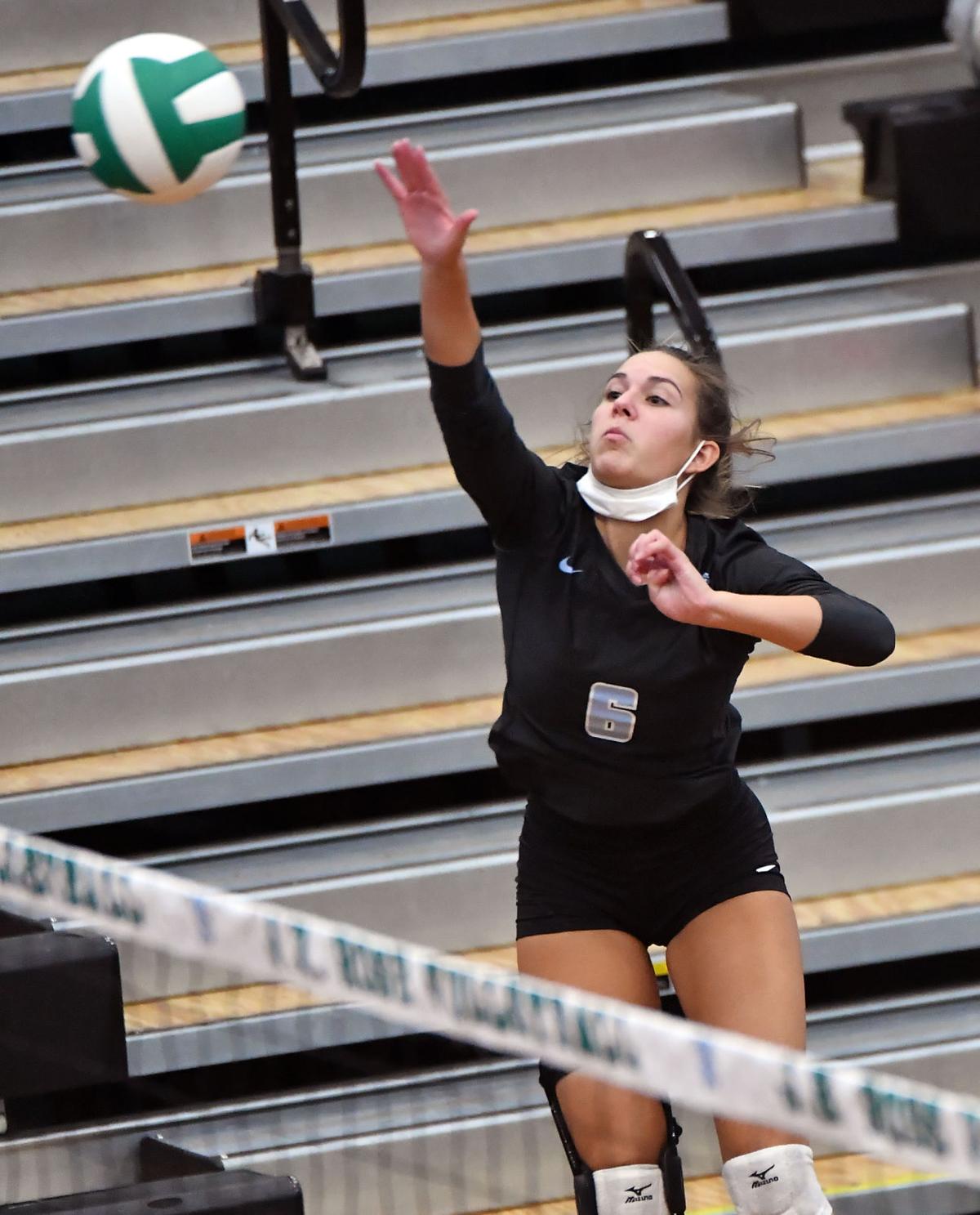 J.H. Rose’s Sydney Boyer goes on the attack against New Bern in a Big Carolina 3A/4A Conference match in Greenville Tuesday. The Rampants stayed in the thick of the league race by sweeping the previously-unbeaten Bears. 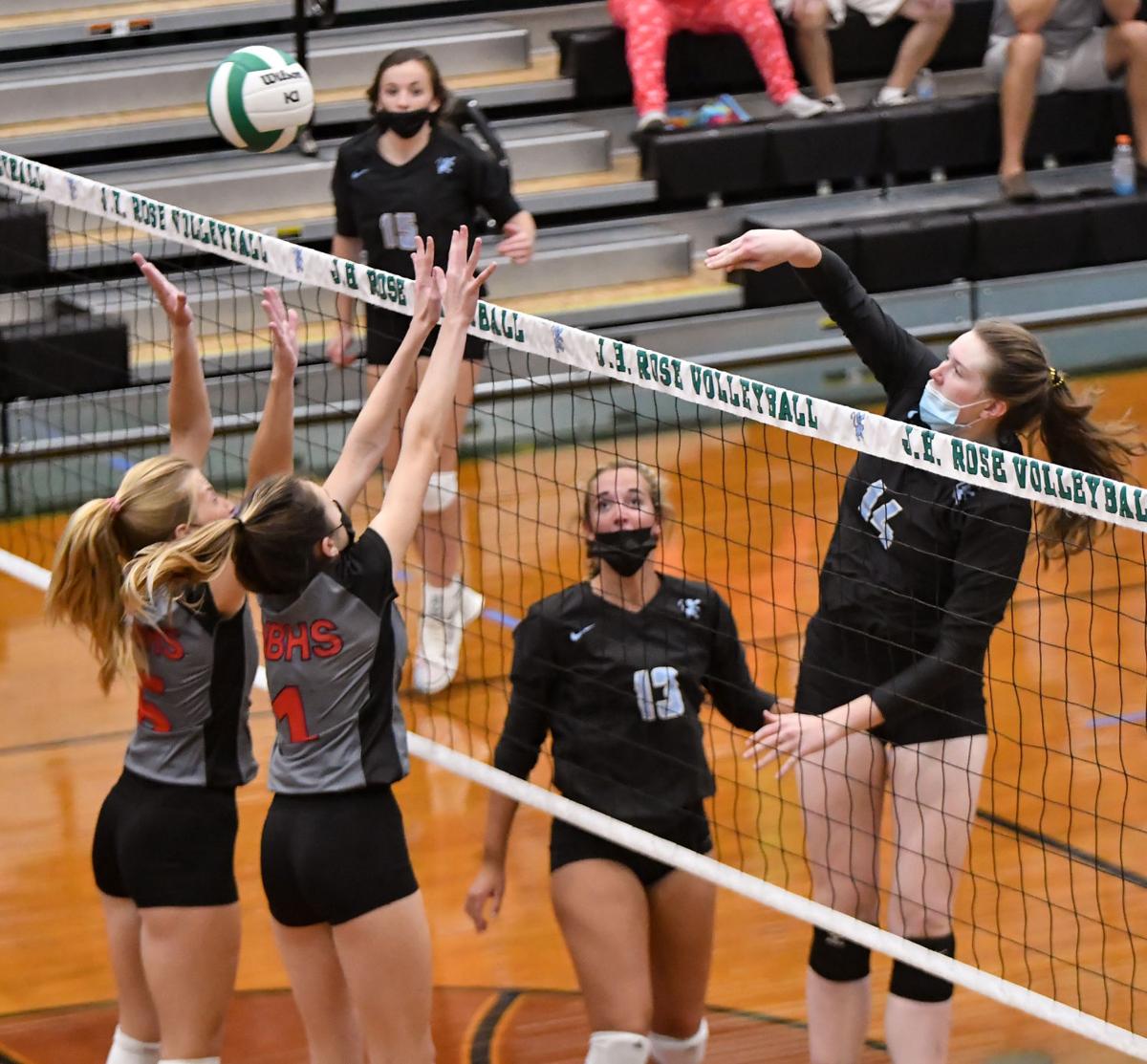 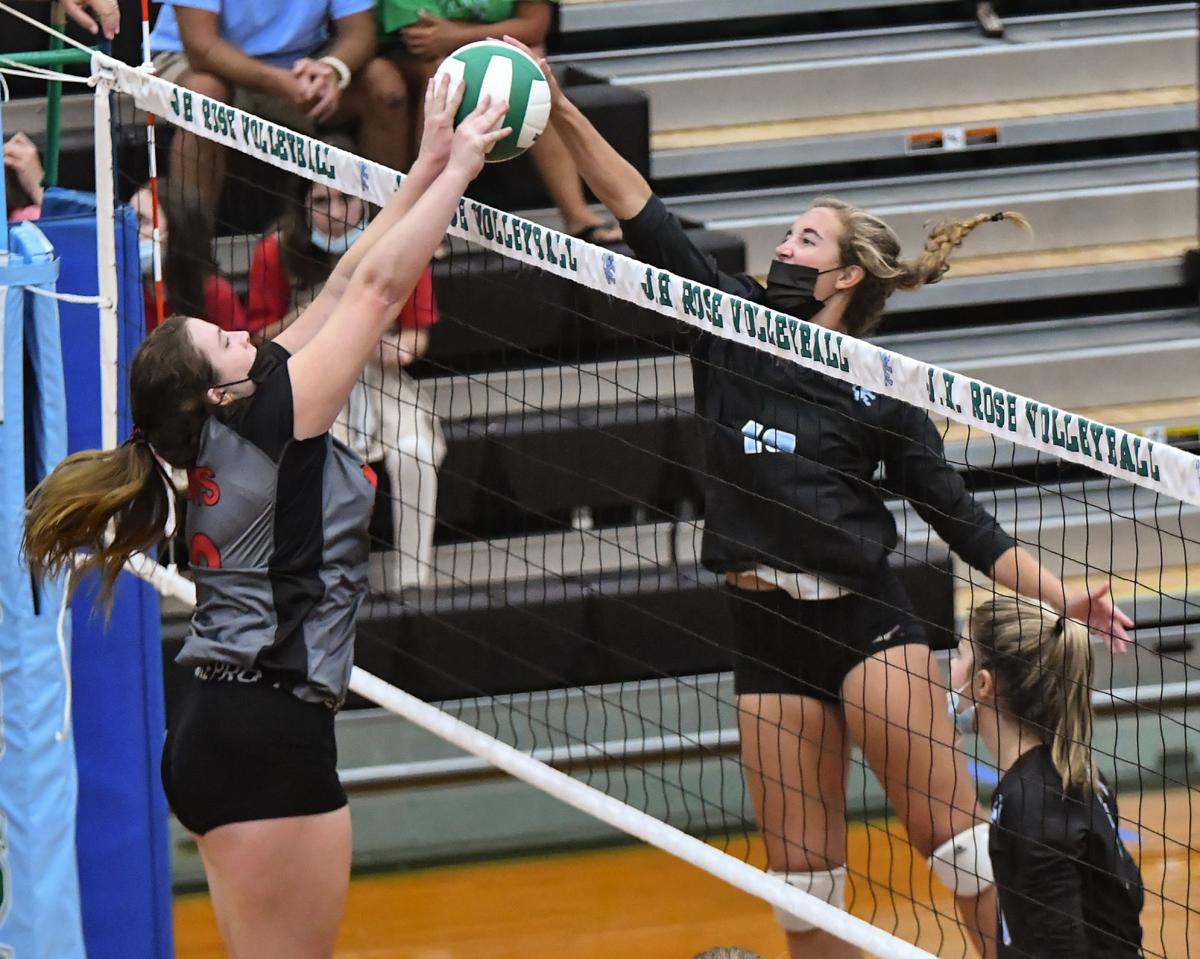 J.H. Rose’s Anna Bayes (No. 13, right) battles at the net for a point during Tuesday’s Big Carolina 3A/4A Conference match against New Bern. 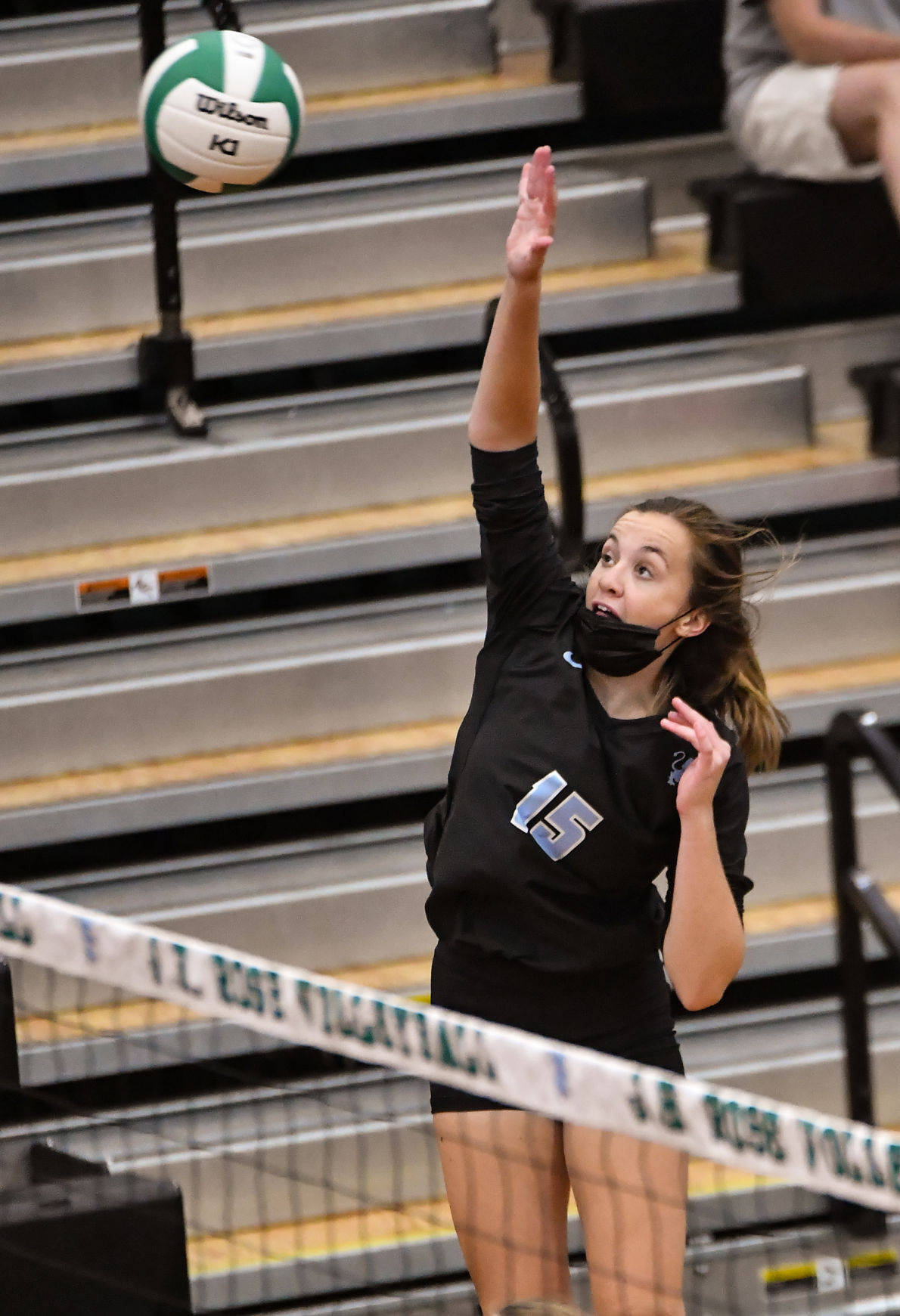 J.H. Rose’s Sydney Boyer goes on the attack against New Bern in a Big Carolina 3A/4A Conference match in Greenville Tuesday. The Rampants stayed in the thick of the league race by sweeping the previously-unbeaten Bears.

J.H. Rose’s Anna Bayes (No. 13, right) battles at the net for a point during Tuesday’s Big Carolina 3A/4A Conference match against New Bern.

It’s only a quarter of the way through the Big Carolina 3A/4A Conference volleyball schedule, but it appears to be a three-team race.

The Rampants could not afford to fall two games behind D.H. Conley (also 3-0 in conference entering Tuesday) after losing to the Vikings last week.

“We just have tried to refocus (after the loss to Conley), because every match from here on out prepares us for the next one,” Rampants head coach Ginny Howard said. “We just wanted to focus on us and what we can control, and New Bern showed up tonight. We just have to make sure we have energy for all three sets, and we had it in the third set more than the first two today, but we were able to take care of business.”

Three points from Sloan Carlson put Rose ahead early in the first set. New Bern tied it at 8 on a tap and then took the lead on a missed kill by the Rampants.

Rose tried to vary its attacks while giving ample opportunities to Sydney Boyer, Layne Mills and Amelia Taft outside, Shea Jenkins mainly in the middle and Emily Smith and Helen Wilford in the middle.

“I don’t think our hitting was the best it’s ever been today,” Howard said. “But when we knew we needed a play or a set, the girls had the confidence in each other to get the point, and that’s what they did.”

The set was tied at 11, 12, 13, 16, 17 and 18 before Carlson held serve with three points, which included a kill from Boyer and combination block from Boyer and Wilford to make it 20-18, forcing the Bears to call timeout.

A tap into an open space kept the deficit at two for New Bern, but Taft came up with a big kill and Boyer finished off with a kill of her own.

New Bern held a 10-8 advantage in the second set before a set from Anna Bayes led to a kill by Wilford, tying the match at 11.

Again the teams went back and forth with neither gaining more than a one-point edge.

Jenkins’ push return deep near the New Bern baseline tied it at 18, but the Bears garnered two points before a Bayes’ set/Jenkins kill cut the deficit to 21-20.

Bayes set up Wilford to tie the set at 21, and Jenkins served Rose to a 24-22 lead. After New Bern picked up a point on a mistimed set, Wilford’s tap gave the home team a two sets to none lead.

New Bern was able to maintain a two-point lead through the first 13 service rotations of the final set.

A kill from Wilford tied it at 11, and Riley Cutler’s four points (which included kills from Boyer and Jenkins) pushed the Rampants ahead 14-11.

Forbes Hall’s kill on Caroline Clark’s serve advanced the Rose advantage to 19-14, and New Bern was never able to get any closer the rest of the way. A Wilford kill off a Bayes set followed by Wilford block ended the sweep.