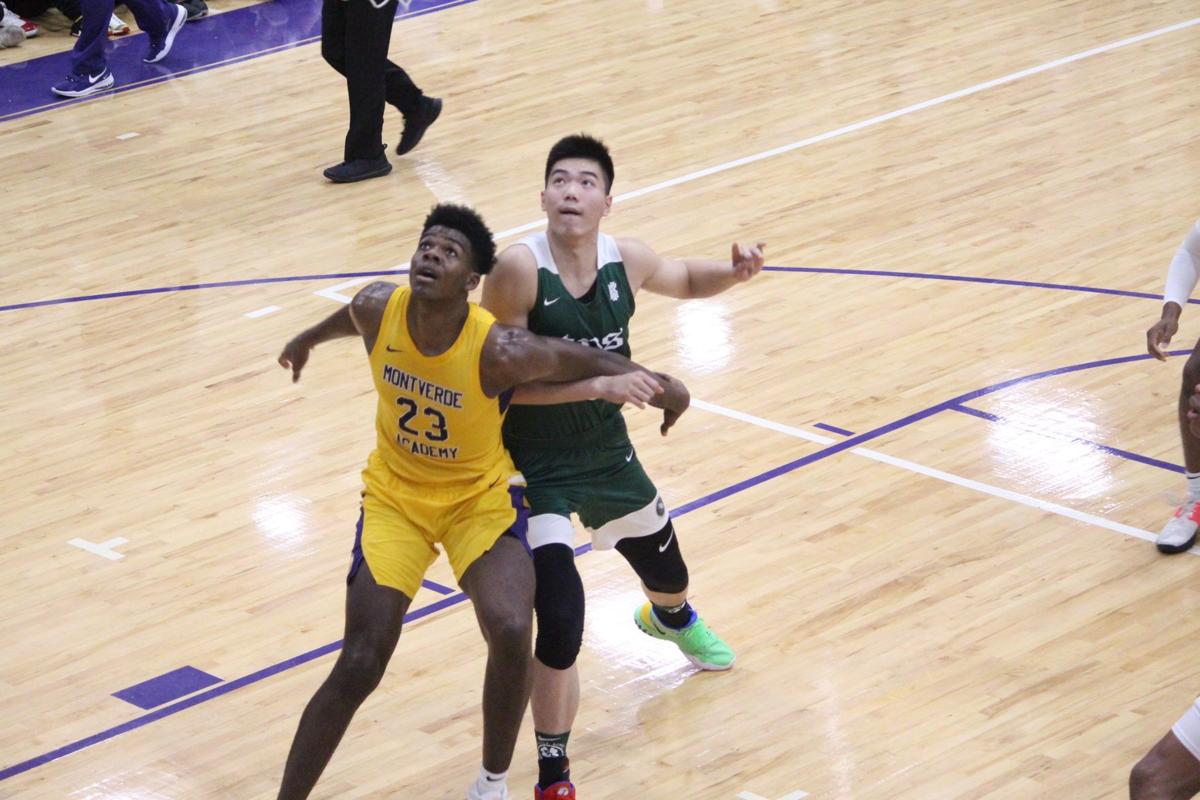 Montverde Academy’s Day’Ron Sharpe (23) prepares to grab a rebound against Chris Jaio of Patrick School (N.J.) at the John Wall Holiday Invitational in Raleigh on Dec. 30, 2019. 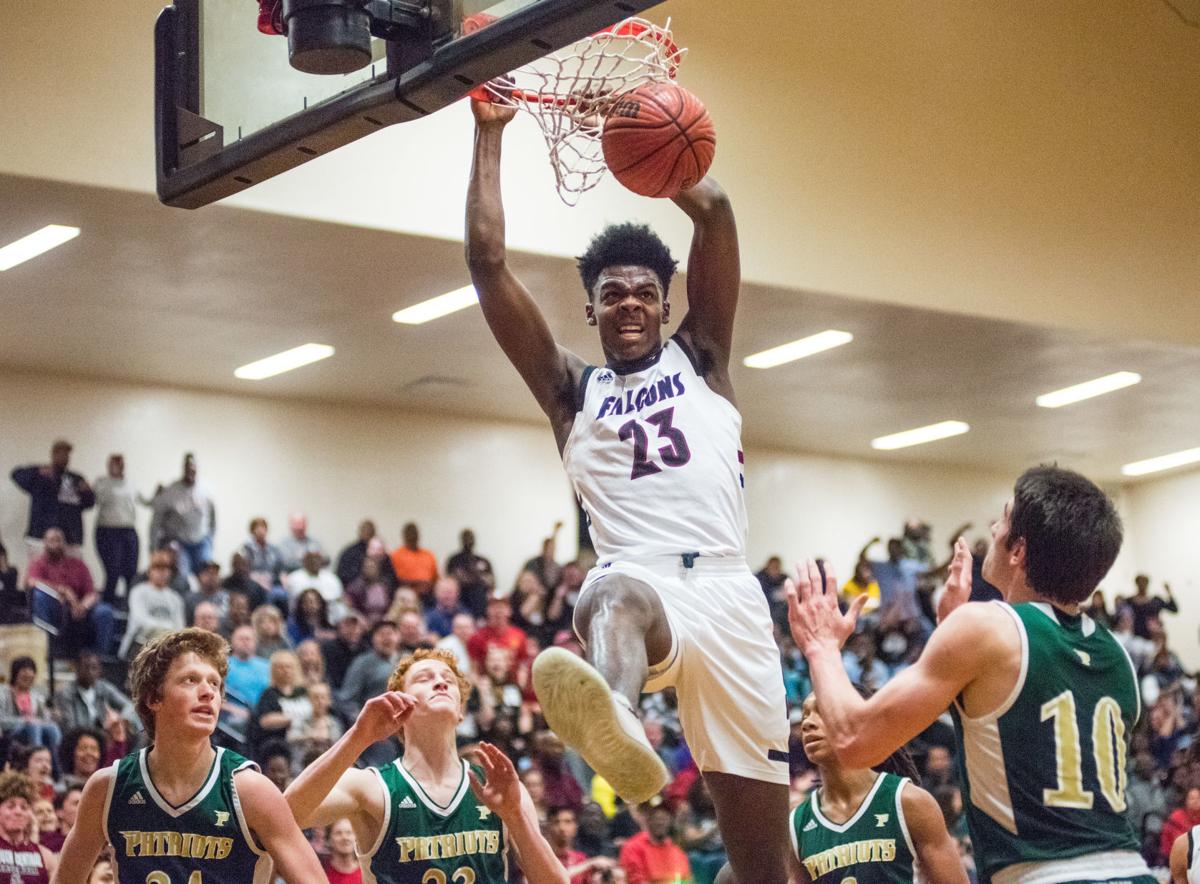 Montverde Academy’s Day’Ron Sharpe (23) prepares to grab a rebound against Chris Jaio of Patrick School (N.J.) at the John Wall Holiday Invitational in Raleigh on Dec. 30, 2019.

Day’Ron Sharpe, who is 6-foot-10, was often an unconquerable force near the rim while playing at South Central High School for his first three prep seasons, rising for various styles of dunks and easily swatting away basketball shots put up by local inferior players.

But it is offensive rebounding that insidecarolina.com recruiting analyst Sherrell McMillan thinks will prove most valuable for Sharpe next season when he begins what has been a dream of his to play basketball for the North Carolina Tar Heels.

“Armando Bacot, he’ll be a sophomore next season and he was a good rebounder for them last year, but I think Sharpe entering college is even better than Armando was as a rebounder,” McMillan said. “I think Sharpe is one of the best offensive rebounders we (at insidecarolina.com) have ever seen, which for us dates back to like 2000 or 2001. He’s just an excellent offensive rebounder, and that is something that (veteran coach) Roy Williams places a high value on. They are usually in the upper tier of offensive rebound percentage and usually one of the top two or three offensive rebounding teams in the country. What he does well is something that they value. To me, that always means that player is going to get significant (playing) time.”

Exactly how much playing time he gets as a freshman might depend on whether Sharpe, who left South Central and played this year at national powerhouse Montverde (Fla.) Academy, fits best as a true center or as a “4” power forward, McMillan said.

National recruiting website 247Sports.com finalized its 2020 basketball player rankings recently, and Sharpe finished as a five-star prospect and ranked No. 20 in the country. Fellow Tar Heel signee Caleb Love, a 6-3 point guard from St. Louis, is sixth as the only UNC recruit ranked better than Sharpe.

After finishing with an uncharacteristic 14-19 record this year, the Heels have a six-player recruiting class that is considered No. 2 in the country. Kentucky is first, according to the 247Sports composite rankings.

“He will definitely have the opportunity to earn minutes, and frankly will have an opportunity to earn a starting role,” McMillan said of Sharpe, who in his final game at South Central totaled 23 points, 13 rebounds, five assists and three blocked shots in a 72-46 rout of West Charlotte on March 16, 2019, for SC’s first boys’ basketball state championship in school history. “I think (6-9 rising senior) Garrison Brooks is the only player who has kind of solidified himself as a starter. All of the other positions are up for grabs, because they didn’t enjoy last year and they are going to make sure there is not a repeat of it. If that means starting four freshmen and Brooks, then they’ll do it. If that means the other guys have improved and start again, then they’ll do that.

“I think it really is one of the more open seasons, as far as slots and open positions and roles, that I can remember in a while.”

The star player participated in part of summer workouts with the Falcons to prepare for his senior year, but on July 29, he posted on Instagram that, “(South Central) will always be home, but with that being said, I will be attending Montverde Academy for my senior year.”

McMillan said it was a beneficial decision.

“It was a good way for him to kind of have like a redshirt year in college,” he said. “Their phones are put up, they go to class, they have study hall, they work out, they practice and they go to sleep. That’s it. It’s very regimented, and I think that was probably a good thing for him. That aside, and I don’t mean to sound hyperbolic, but it really was the best high school team ever that he was on. They were the best high school team of all time, and I feel very confident saying that.

“Not just because of the talent level, but the way the pieces fit. You had a guy like Cade Cunningham, who ended up being the No. 1 player in the class, leading everything as far as facilitating and ball-handling. Playing with that kind of talent can only help you when you get to college. ... Cunningham will probably be a No. 1 draft pick and down the line, there are top 100 players on the team, so those moves can be disastrous at times if guys don’t pick the right school, but I think Sharpe picked the right school and I think it was a good move for his career.”

Sharpe made a brief return to North Carolina as a Montverde player when the school cruised to a championship at the John Wall Holiday Invitational in Raleigh in December.

McMillan was at an event in Atlanta when Sharpe was playing for Garner Road AAU during his sophomore year and was on the rise in recruiting circles.

Williams and two UNC assistant coaches were in attendance.

The Tar Heels having three coaches there was noticeable to McMillan, and just a few months later in June of 2018 is when Sharpe gave his verbal commitment to the Tar Heels.

Sharpe never wavered, and the early commitment by the former Falcon star also proved valuable for his future school.

“Just having someone like him who was on an upward trajectory, for Carolina that was a piece to use in recruiting,” McMillan said. “They could say that we already have this guy in the post who is going to be really good and we want to add you to him. That is what they would say to other prospects. I think that was key as well.”