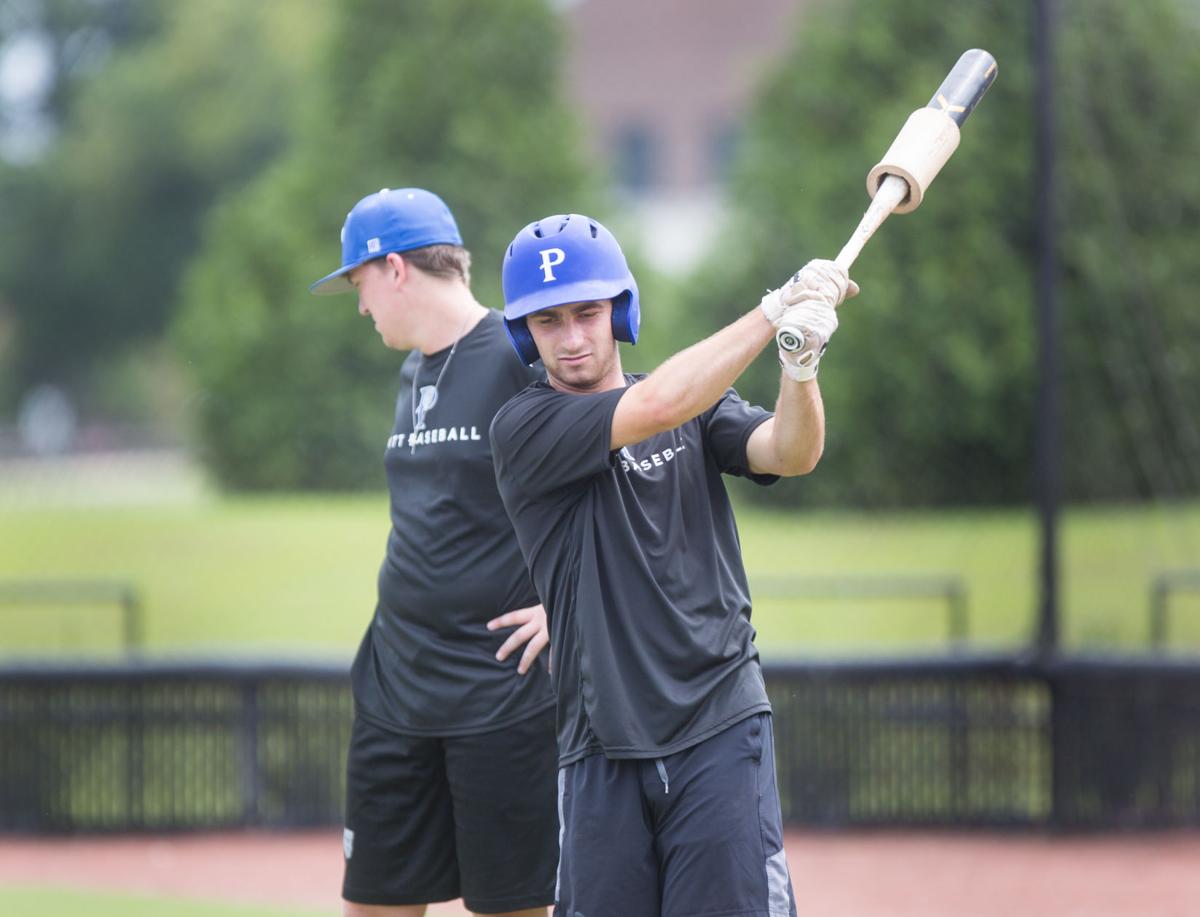 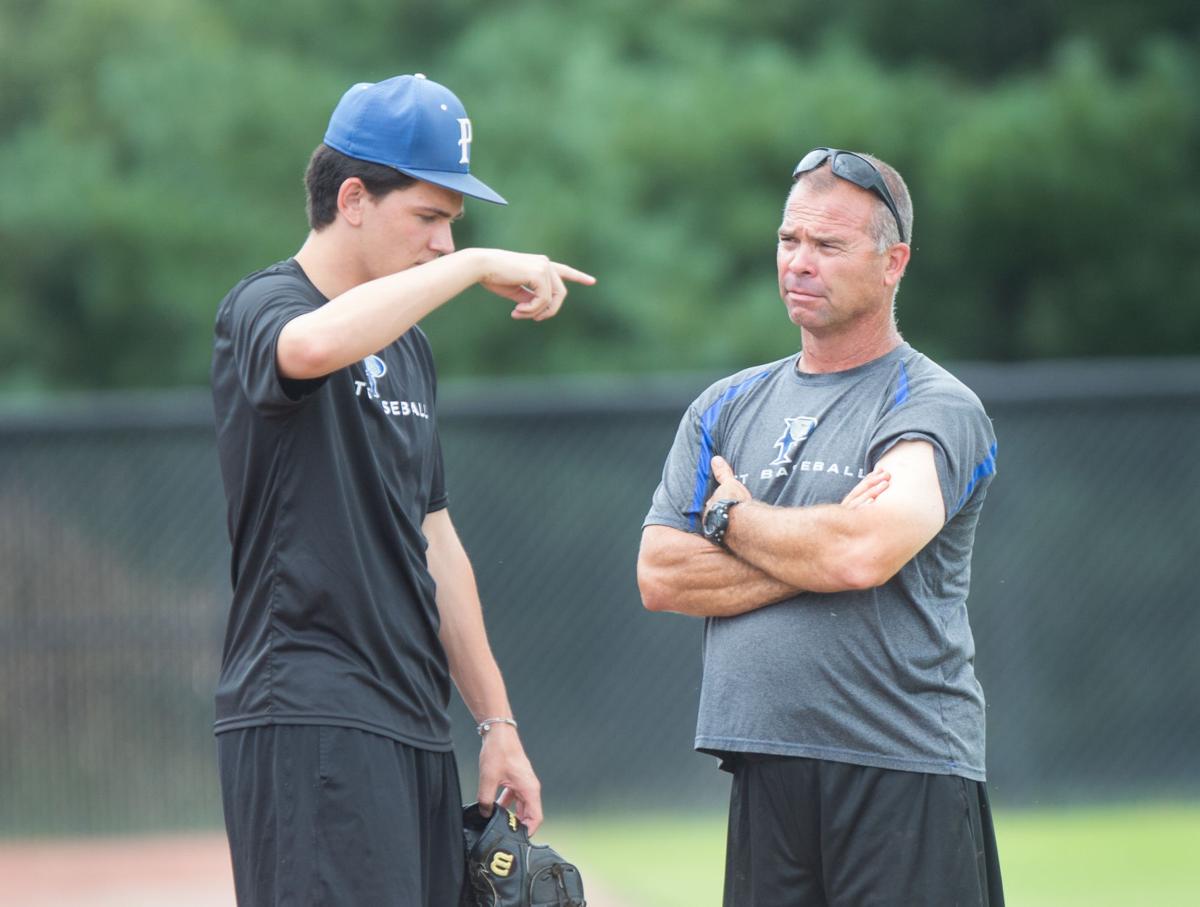 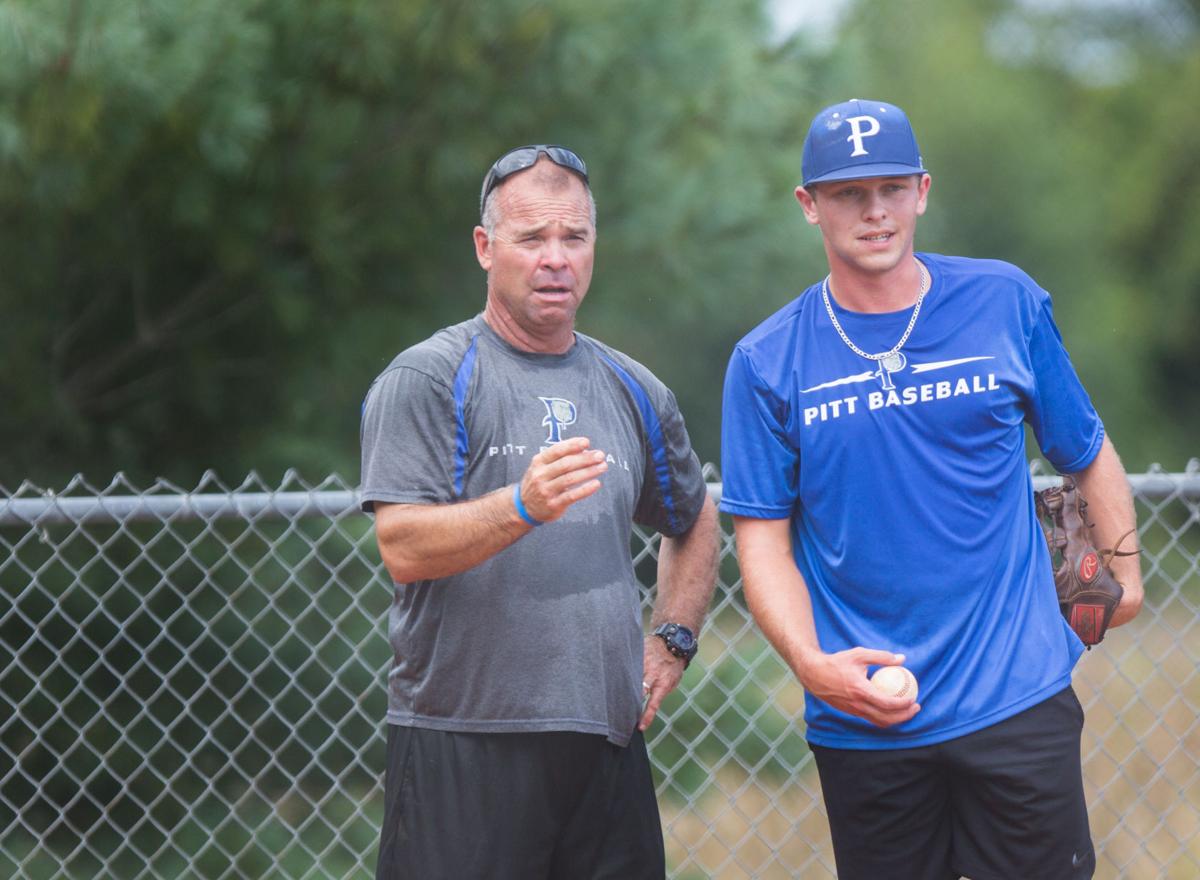 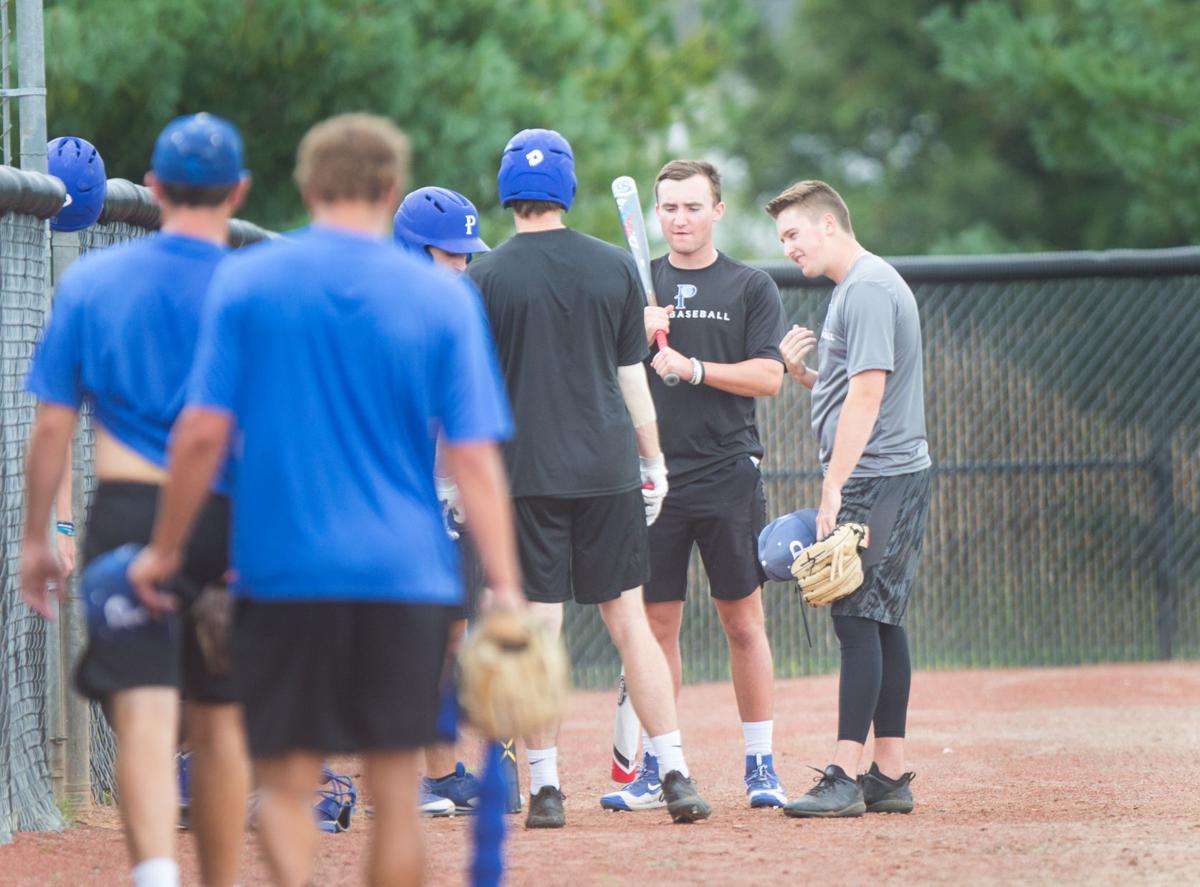 Pitt Community College players talk at the start of practice on Aug. 28, 2019. 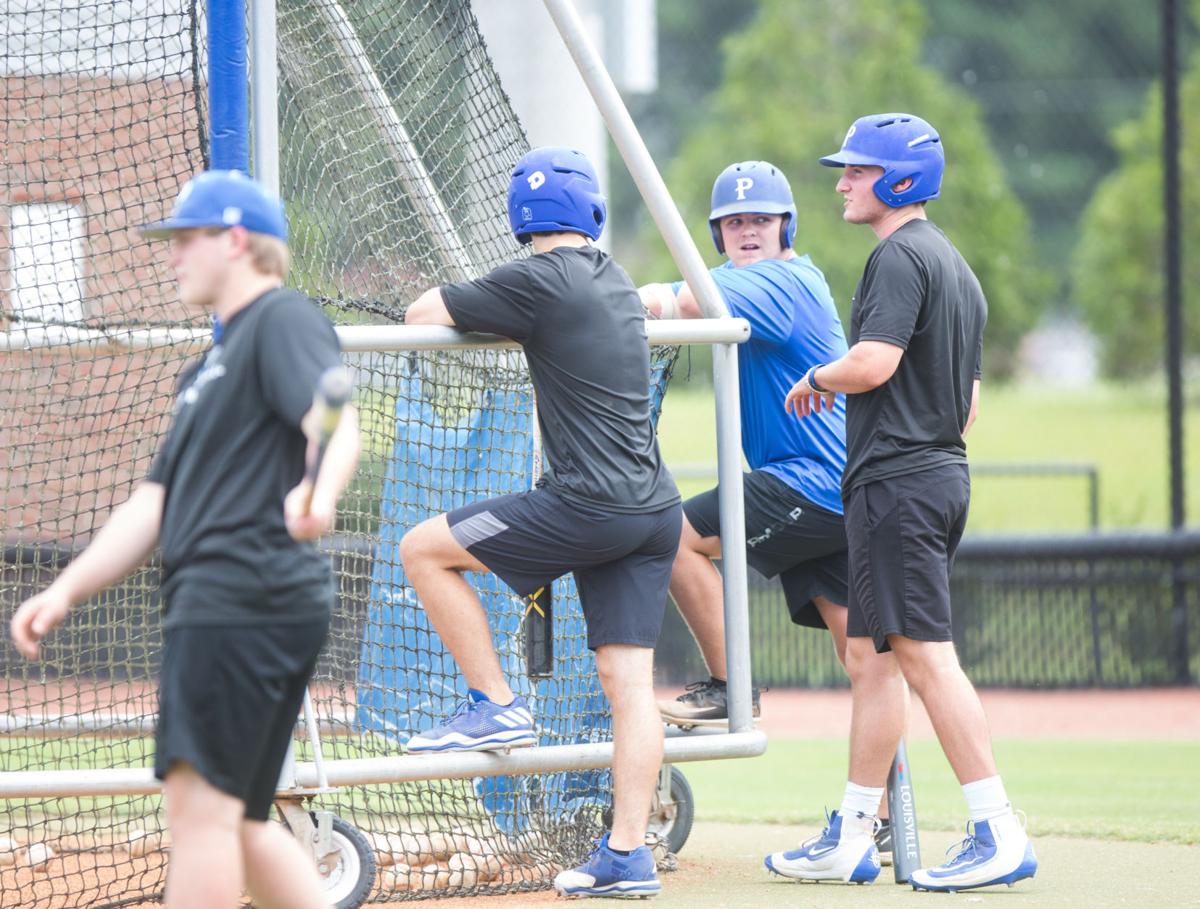 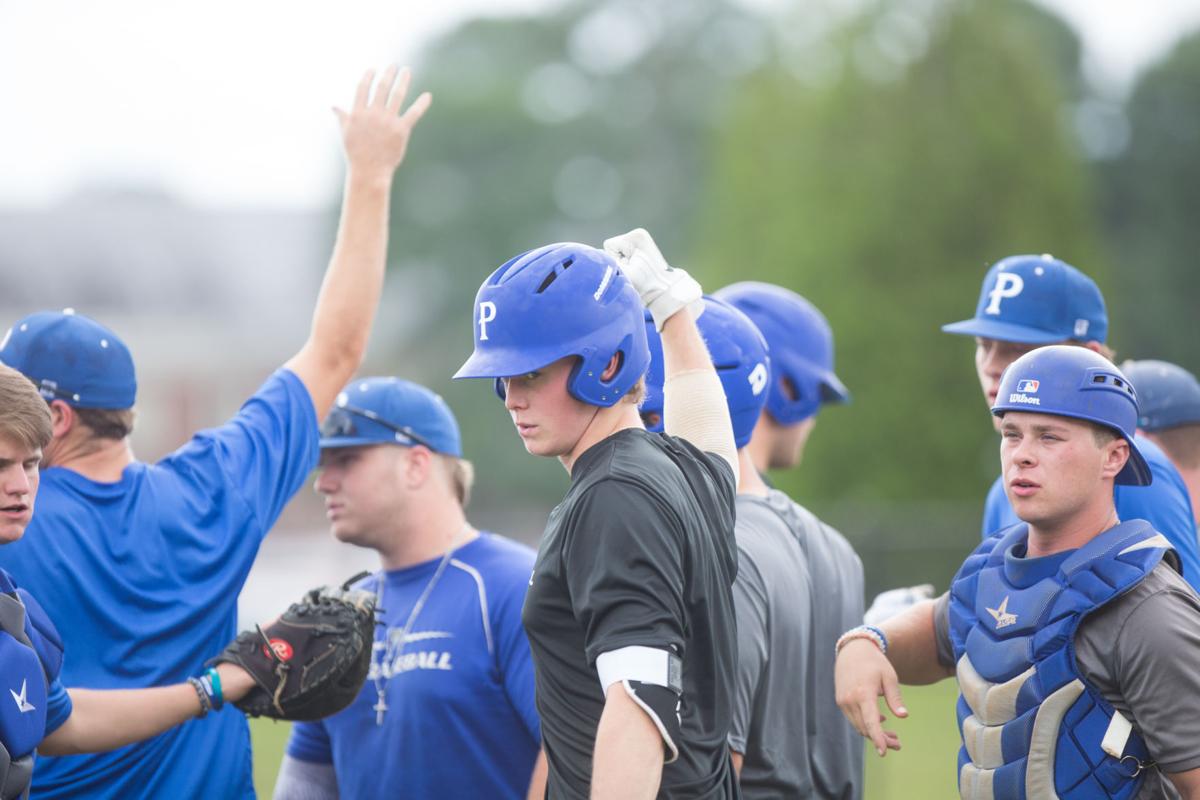 Pitt Community College players huddle at the start of practice on Aug. 28, 2019.

Pitt Community College players talk at the start of practice on Aug. 28, 2019.

Pitt Community College players huddle at the start of practice on Aug. 28, 2019.

In his 15 years of coaching baseball at Pitt Community College, coach Tommy Eason said he has never had more than three Pitt County natives on the roster at one time.

That changed on Aug. 20, when nine players who graduated from J.H. Rose, D.H. Conley and South Central high schools took the field for the first practice of the 2019 fall season.

Leadership and continuity are two things Eason is hoping to improve on in 2019 after a roller-coaster season in 2018 that saw the Bulldogs finish 23-15-1 and play only four postseason games. While Eason hoped for more success on the field last season, 11 of his players were able to move up to higher levels of the sport.

“We had some injuries and we had some issues surrounding the team that created a lot of adversity,” Eason said. “The team rallied together towards the end of the year. We lost two of our frontline arms at the end of the season. We didn’t have the right timing last season.”

Leadership was one of the missing pieces in 2018, and with so many new faces on the field this coming season, finding a consistent voice is an important piece of the puzzle for Eason early in the year.

“We have a lot of new guys and very few returners, and those guys are going to have to step up and lead,” he said. “That’s the one thing we didn’t have was a vocal leader or someone who stayed hot throughout the season. For whatever reason, we didn’t have that last season. It could be a freshman or it could be a transfer, it doesn’t matter as long as someone is leading in a positive direction.”

The Bulldogs will play their first games of the fall schedule Sept. 7 at a showcase tournament at Coastal Carolina. This is the earliest the Bulldogs have ever started their fall season, Eason said, but it will provide him the opportunity to see what his team’s makeup is.

The Wednesday practice was used as preparation for the showcase. The Bulldogs pitchers all threw a bullpen session while hitters took batting practice.

“We are going to limit our pitching staff,” Eason said. “It’s all about competition. We want to compete but there is a lot of team concepts we have to tune up.”

All three of the local high schools represented on this team have been fierce rivals in the past, but sophomore infielder/pitcher and Rose graduate Anthony Saieed said he has enjoyed getting to know his new teammates.

“I like it, honestly. It’s good to see everyone come together,” Saieed said. “We never really had the chance to combine our talents, and this is our chance.”

While new friendships are blooming in the dugout, the competitive edge that fueled high school rivalries still burns in different ways. Conley graduate Shea Ward, Conley teammate Cam Jackson and Rose grad Clay Stanley have an apartment together, and everything turns into a competition.

“There is still some rivalry in everything we do,” Ward said. “We will be competing all the time with everything around the house. It has been really fun. We mesh really well. Even the guys that aren’t from Pitt County are meshing really well.”

The ultimate goal for Ward is to reach a Division I program in two years. Injuries during his junior year dashed his dreams of playing for a bigger program straight out of high school, and he hopes to make the most out of this opportunity.

“I feel like Pitt can get me where I need to be,” he said. “I want to get better and hopefully get some playing in the spring and do everything I can not only to impress the Pitt coaches, but also UNCW coaches, ECU coaches and any Division I schools that I’d like to go to.”