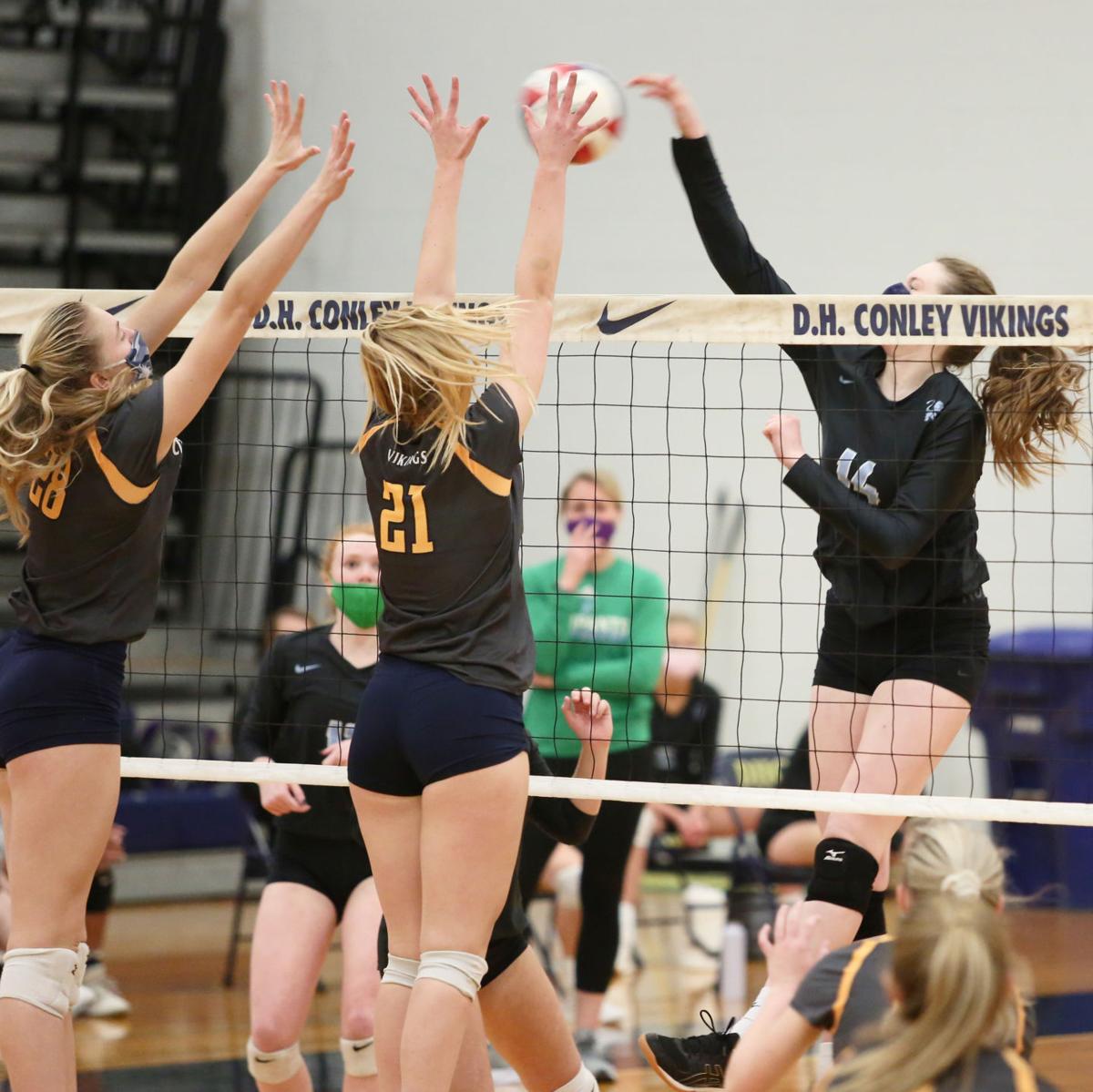 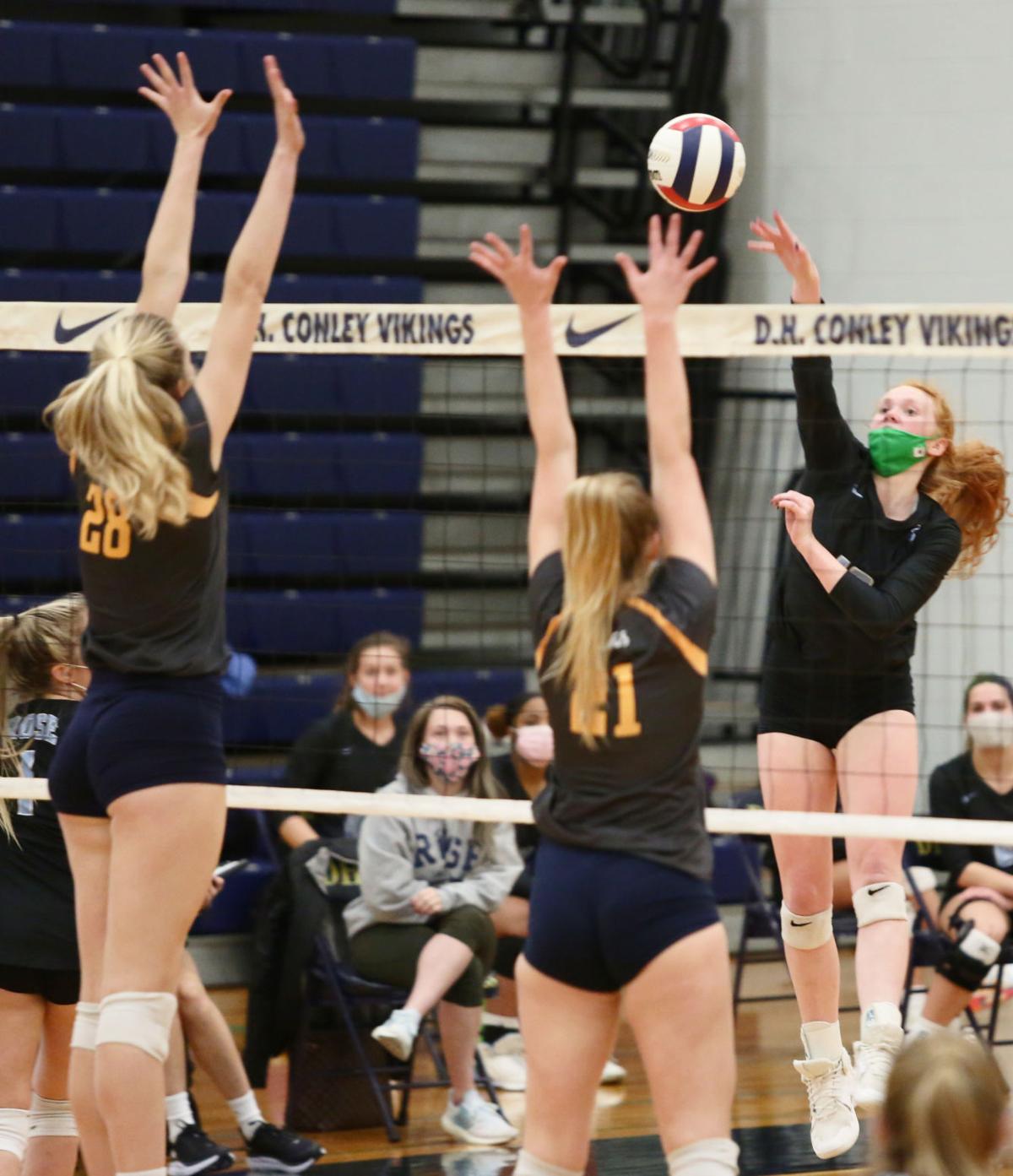 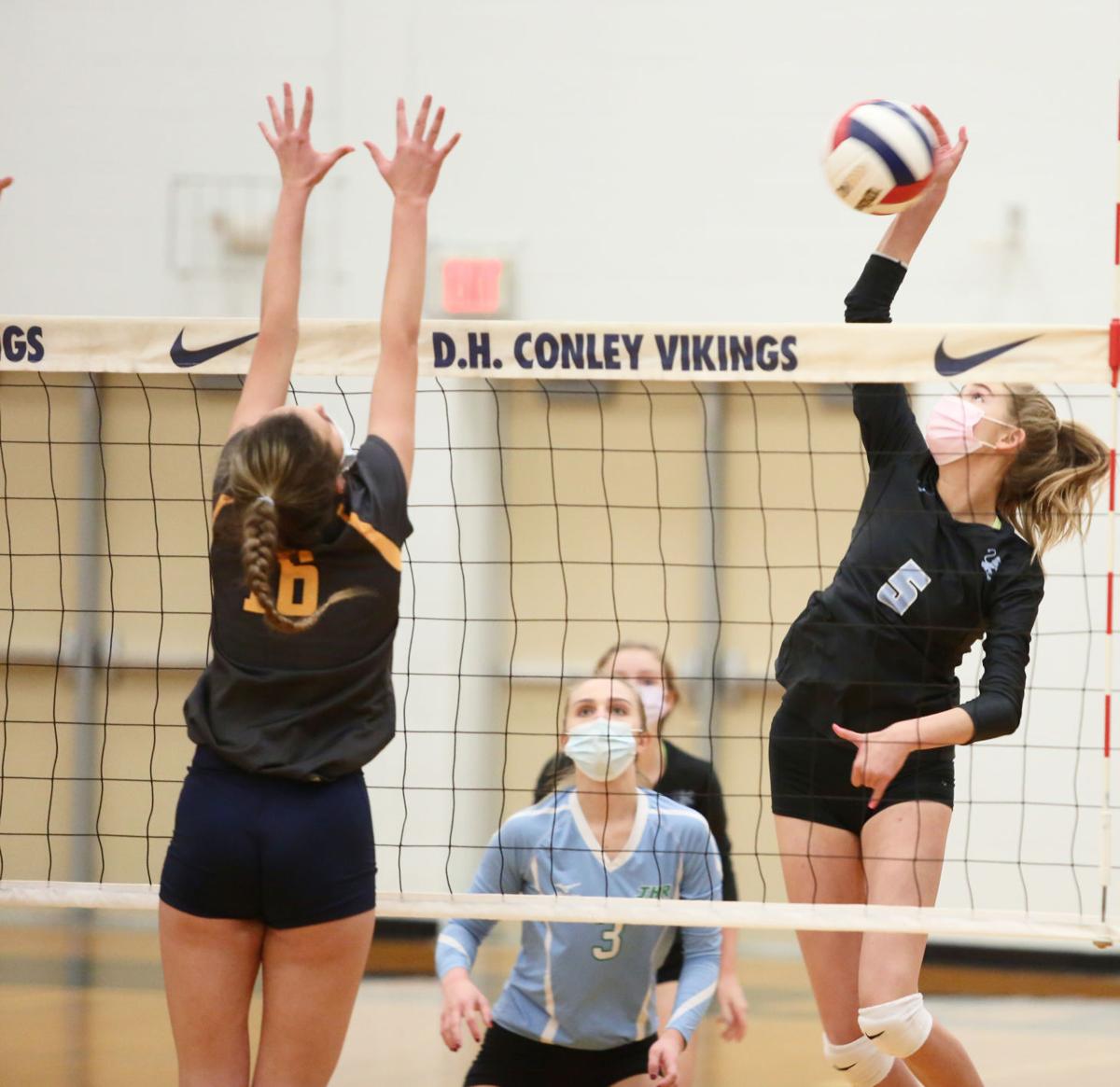 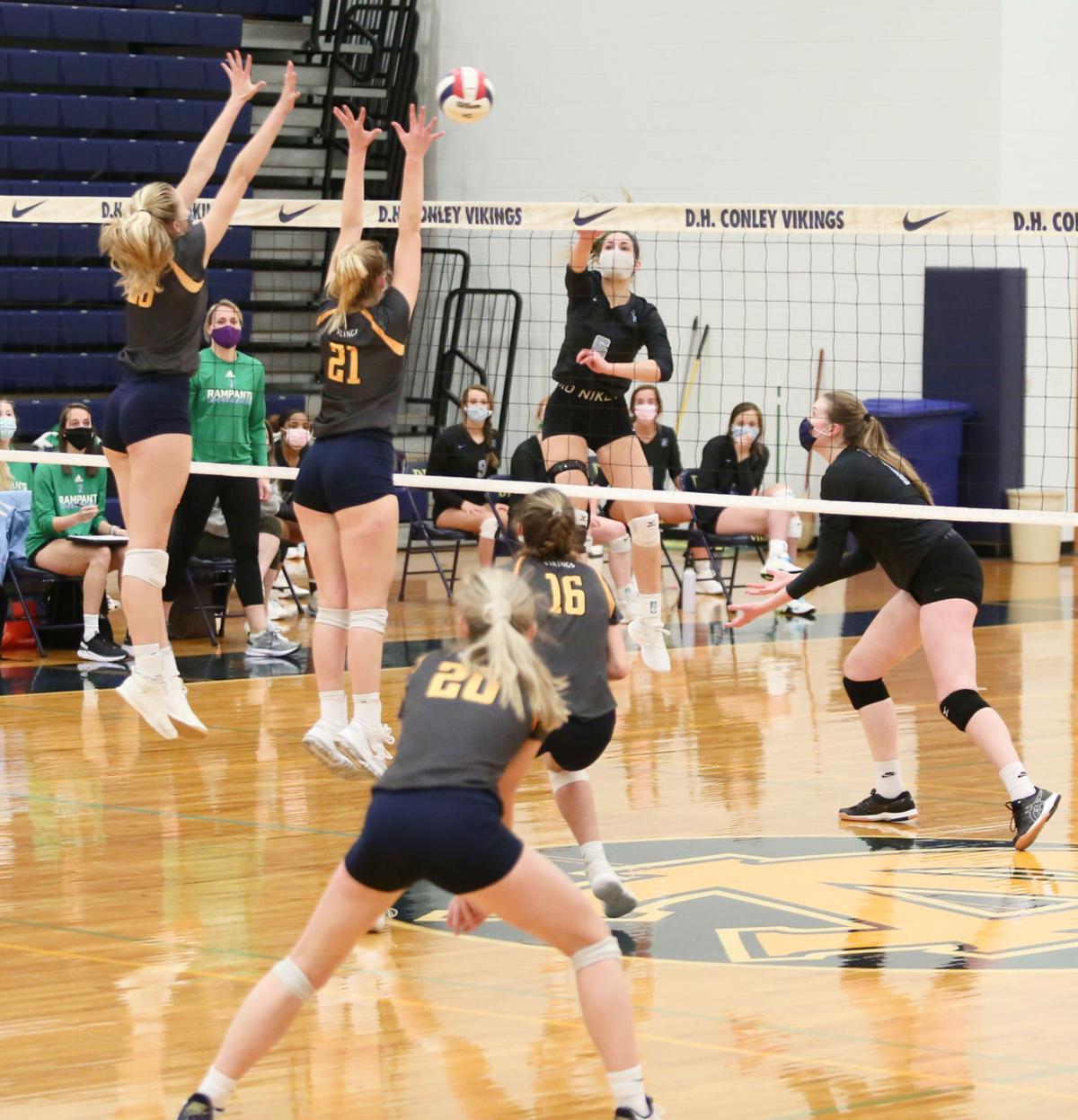 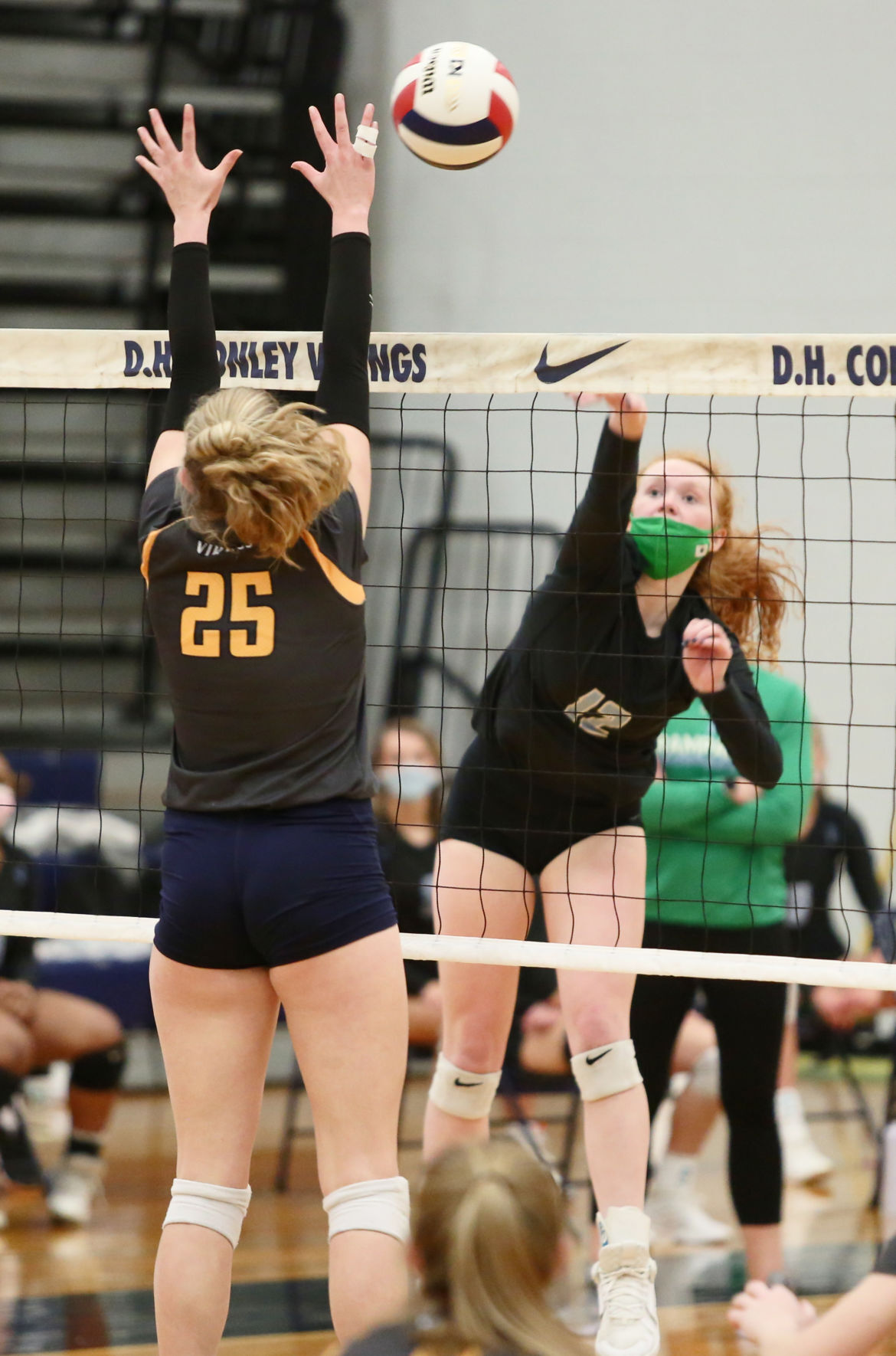 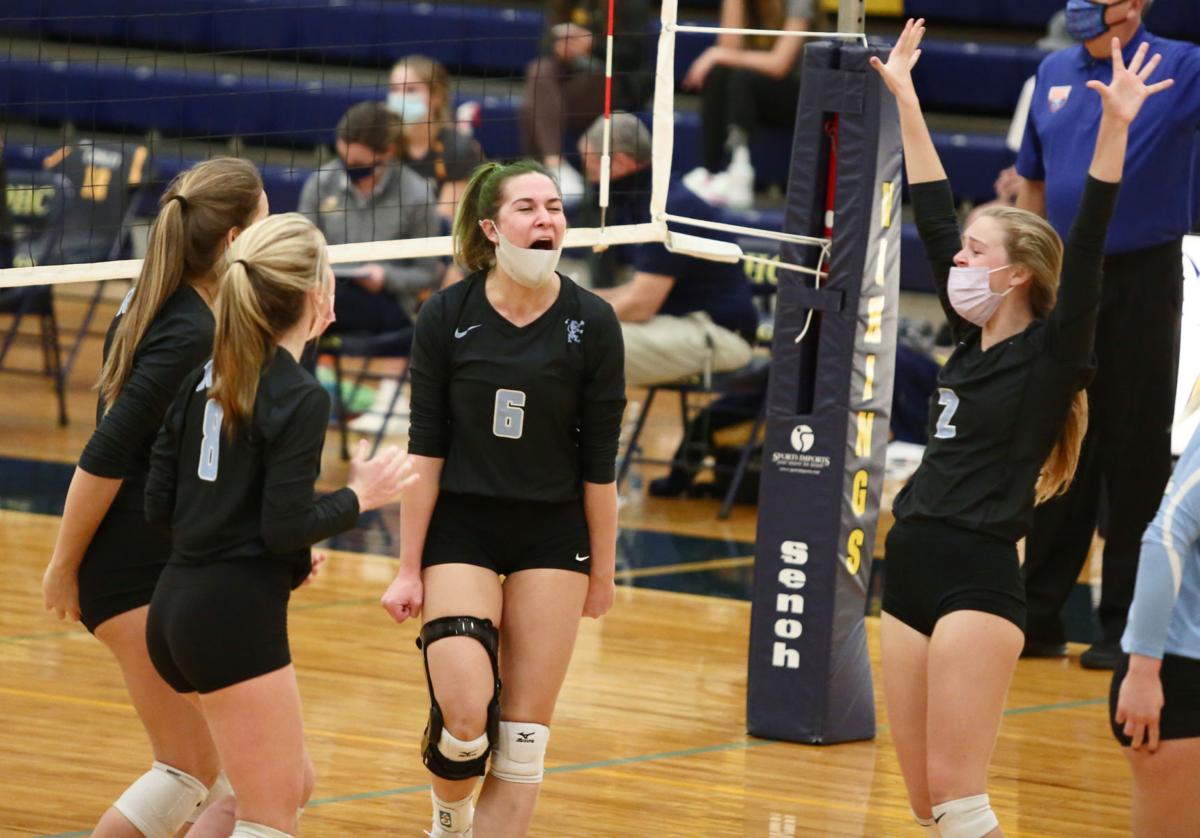 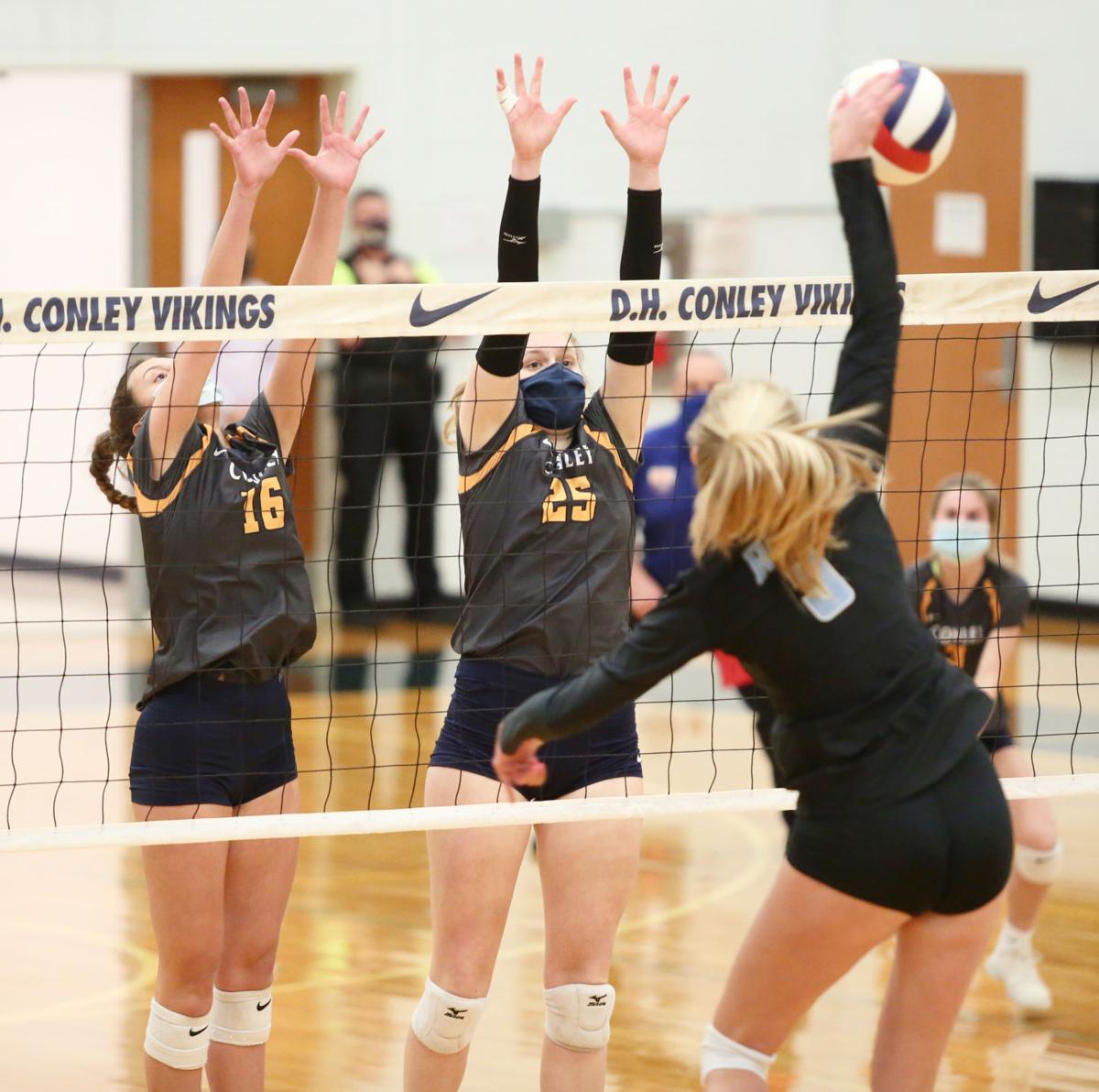 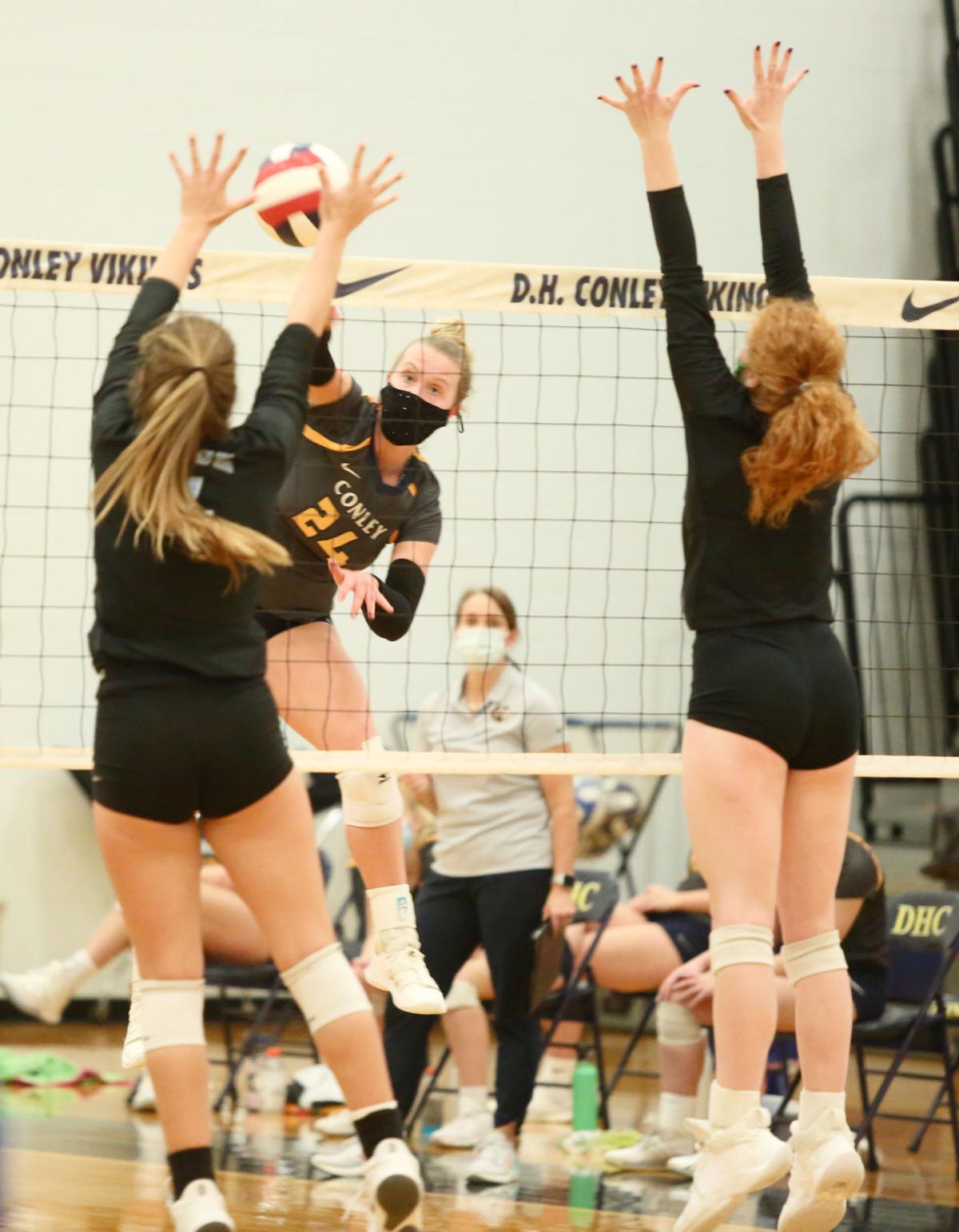 D.H. Conley's Maddie May goes for the kill against J.H. Rose Tuesday night. 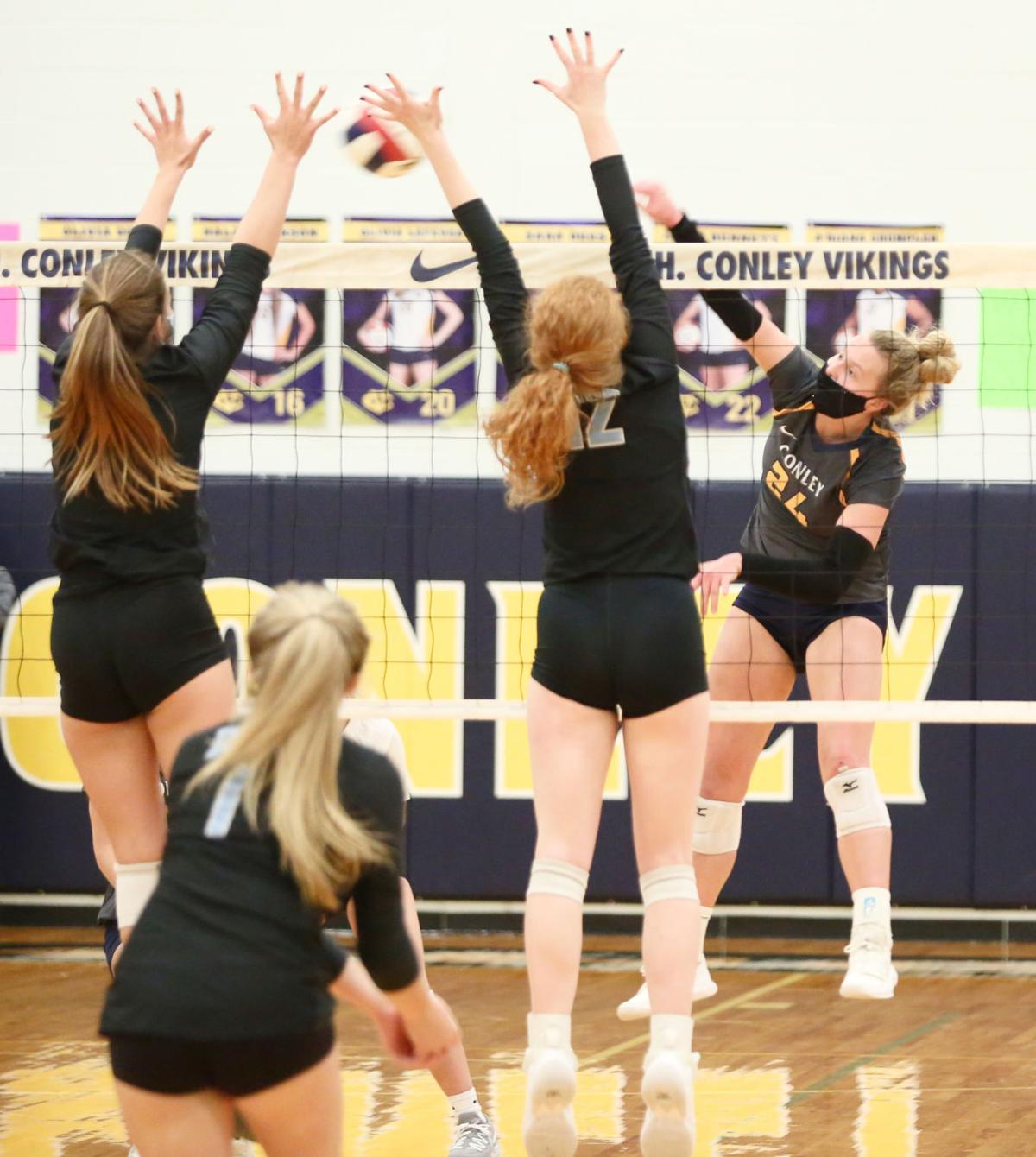 D.H. Conley’s Maddie May goes for the kill against J.H. Rose Tuesday night. 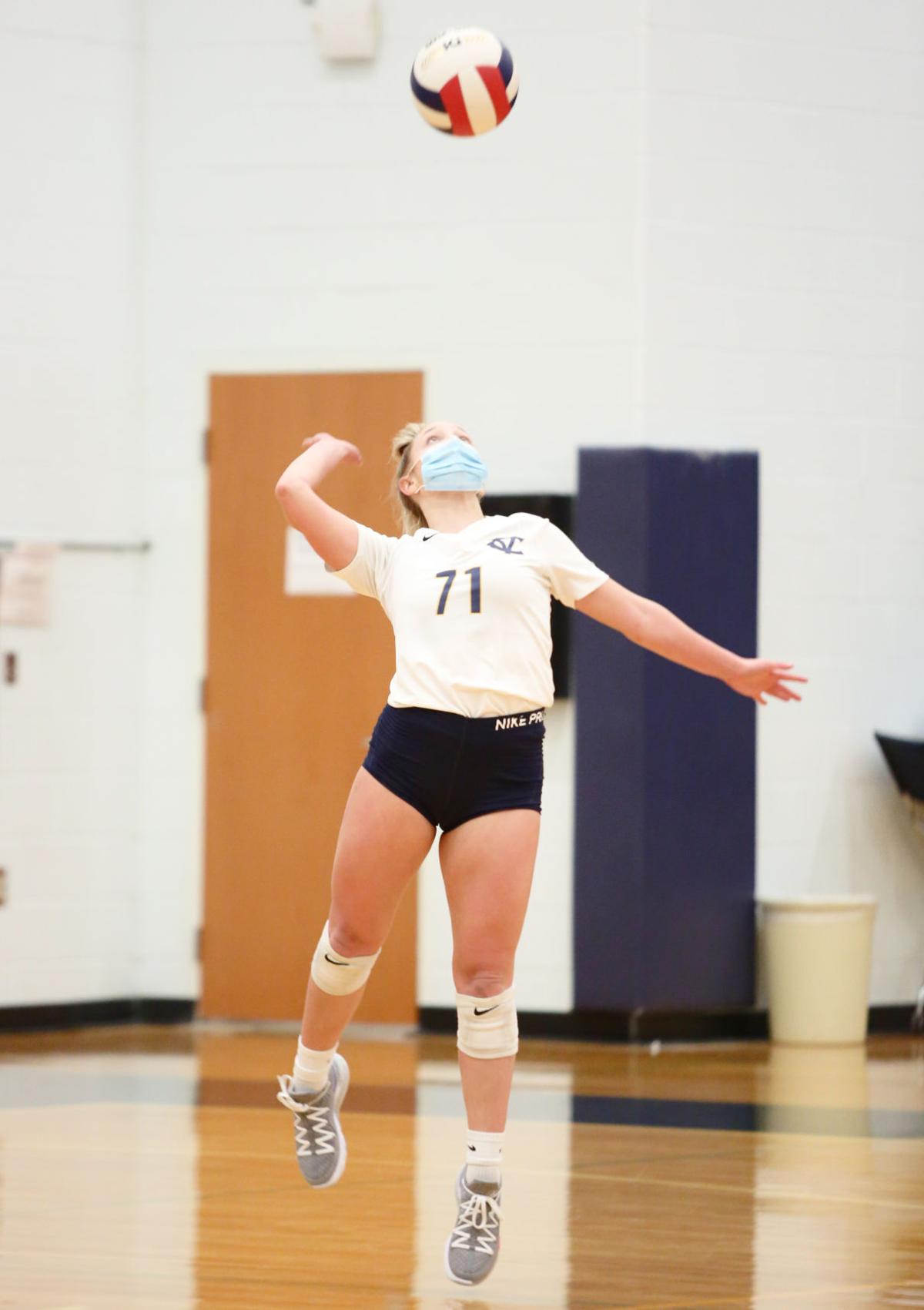 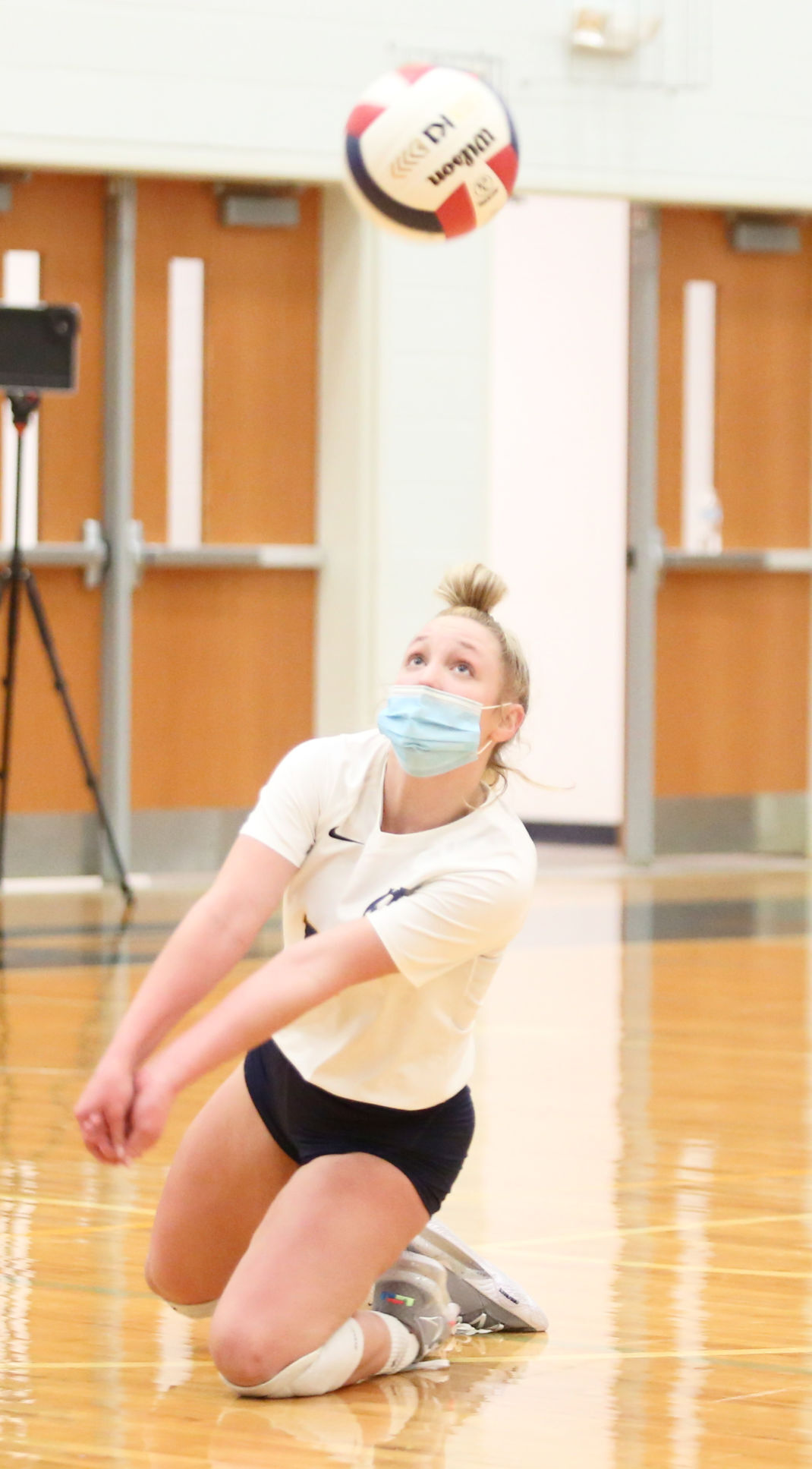 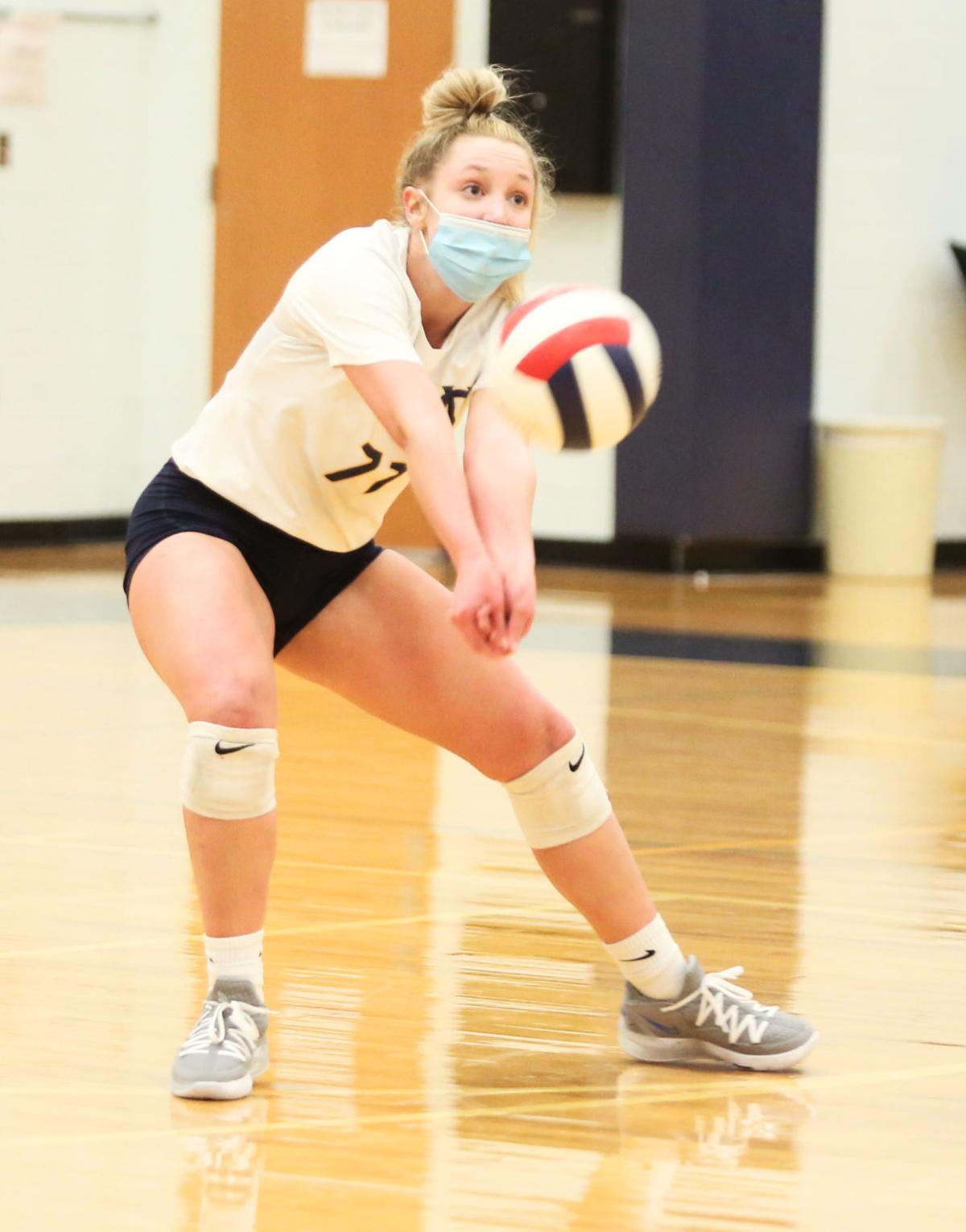 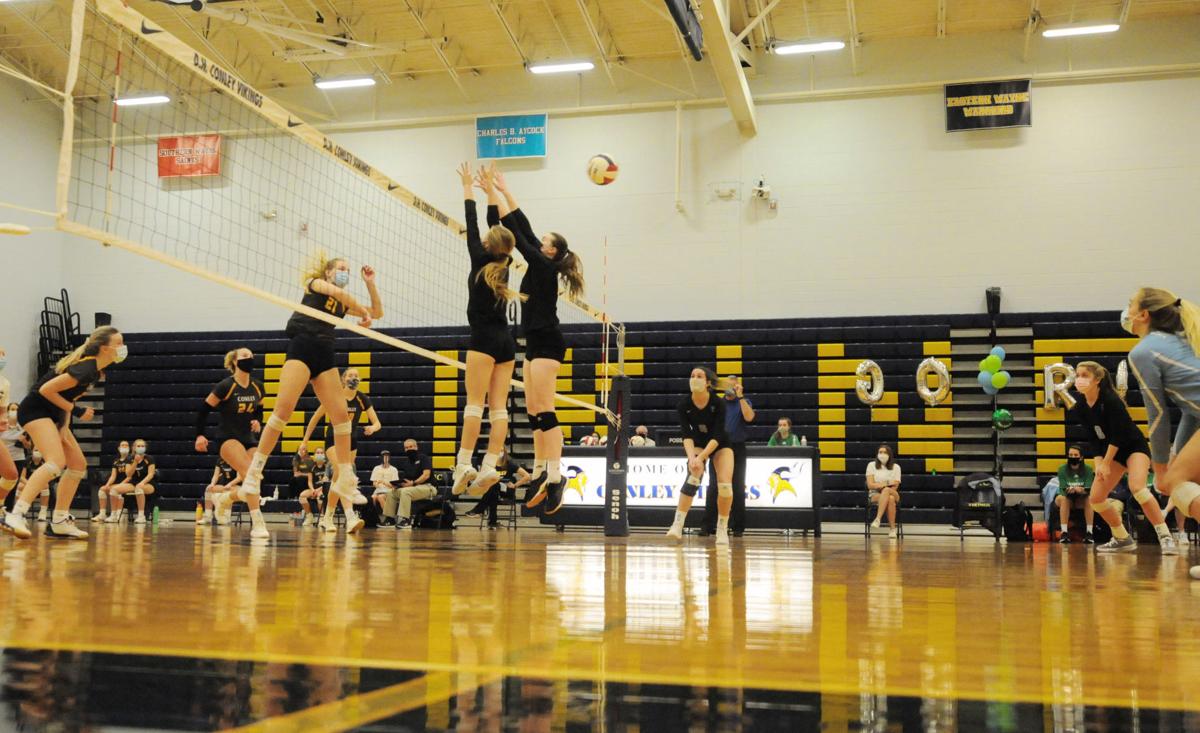 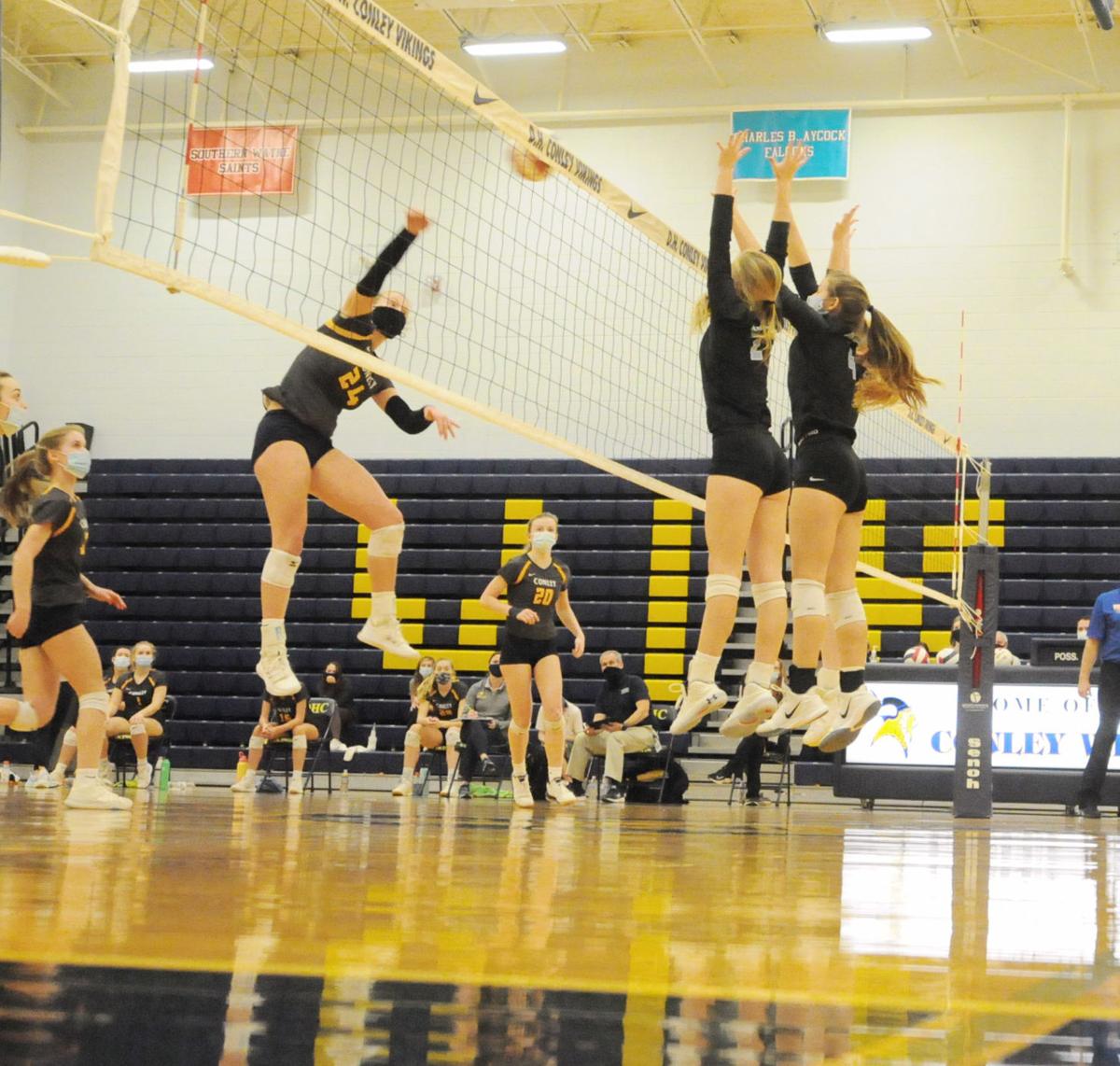 D.H. Conley's Maddie May goes for the kill against J.H. Rose Tuesday night.

D.H. Conley’s Maddie May goes for the kill against J.H. Rose Tuesday night.

For the first time since 2018, the D.H. Conley Vikings volleyball team is heading to the state championship.

“It’s so exciting and to be able to go with this group of girls is amazing,” Conley head coach Jennifer Gillikin said. “They have worked so hard since June and I’m just so proud of them. They bring it every day at practice and to get this win to move on to the championship is a big deal.”

Conley improved to 15-1 on the season, while Rose finished the season 13-3 with the only three losses coming at the hands of the Vikings.

“It’s really nice. I have a lot of close friends on that team,” Conley senior Olivia Lefever said. “It’s bittersweet that two Greenville teams had to fight it out for state and that we both couldn’t have the opportunity to go. But it is a really big win and I think we are all really proud of that.”

Even though the two schools have a fierce rivalry in every sport, Gillikin said focusing on the ultimate goal was the key to this game.

“Our job (as coaches) was to keep our kids focused on, it’s the Eastern Finals,” she said. “No matter what team is on the other side, they are standing between us and the championship. I think our girls did a really good job with that.”

Although the lineup was without dynamic sophomore hitter Kylah Silver due to COVID-19 protocols, freshman hitter Ashlyn Philpot stepped up and recorded 15 kills and six blocks up front.

“We had to make an adjustment to our lineup and we moved (Ashlyn) to the outside. It is important to remember she is a freshman, but tonight, she didn’t play like one,” Gillikin said. “She really stepped up. In timeouts, she was focused and ready to get after it. She had a great match.”

“Maddy May, as good a hitter as she is, she is so strong on the back row,” Gillikin said. “She was all over the court. Not only is she doing great with getting great passes and digs up, she is such a good leader and teammate. It’s fun to watch her play.”

“We battled and fought,” Rose head coach Kelley Krainiak said. “We knew they were going to come in strong on the front and back row. So we just tried to stay as consistent as we could and serve really well. We did those things, but we kind of came up short at the end.”

With the score tied at 8-8 in the first set, Conley embarked on a 12-5 run powered by five kills from Ashlyn Philpot to give the Vikings a 20-13 advantage. Rose battled back, however, and made the score 24-23 before Conley put the first set away with a kill from senior Haley Jackson.

“Haley is kind of our secret weapon on the right side,” Gillikin said. “She comes through and gets these big kills right when we need them and she’s done that all season.”

The Rampants carried their late first set momentum into the second set and opened an 8-2 lead with several blocks and a kill from sophomore Amelia Taft. Two kills from May and another from Ella Philpot ignited a 7-1 run for Conley and tied the game at 9-9. Conley eventually pulled away to win the second set.

“The mental strength it takes to bounce back from two close sets, that’s what we were looking for and it’s the team we’ve had all season,” Krainiak said. “They came back, did what they had to do and then came up a little short.”

Conley and Cox Mill will face off in the 3A NCHSAA state championship game at Green Level High School in Cary starting at 1 p.m. Cox Mill, a four-seed on the west side of the bracket, is 18-0 on the season and defeated T.C. Roberson in straight sets to advance to the final game.