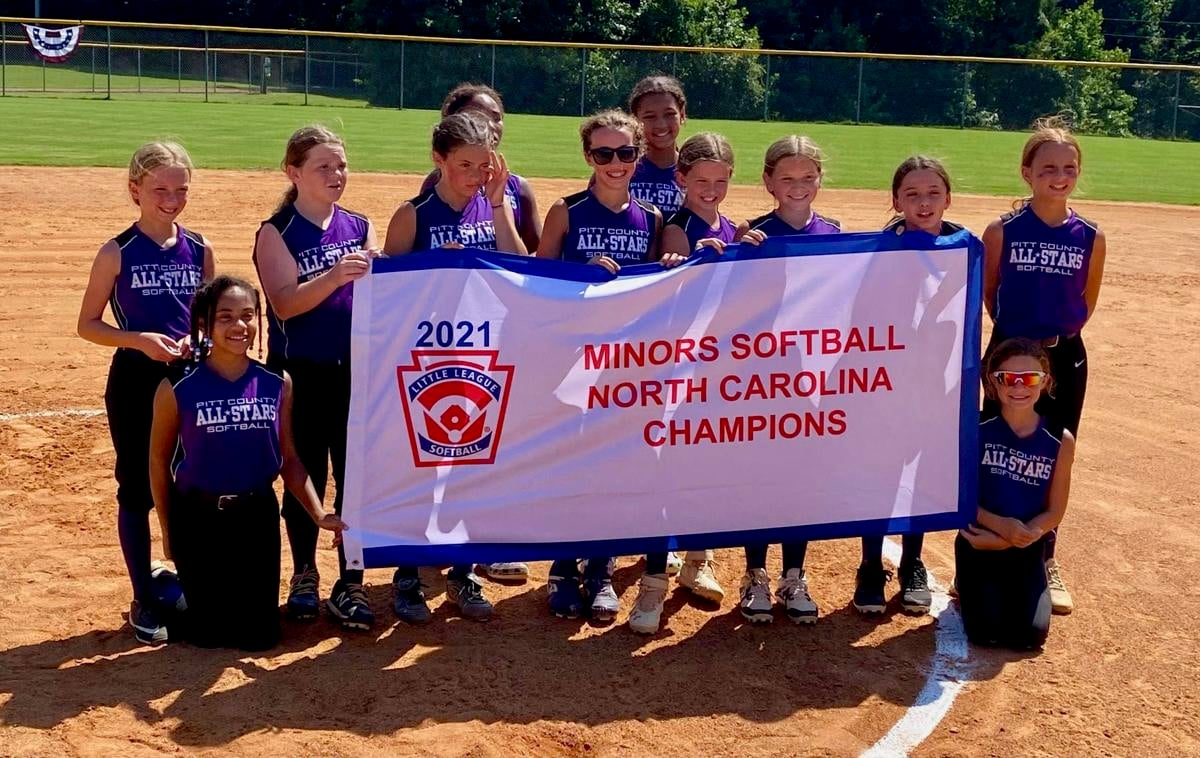 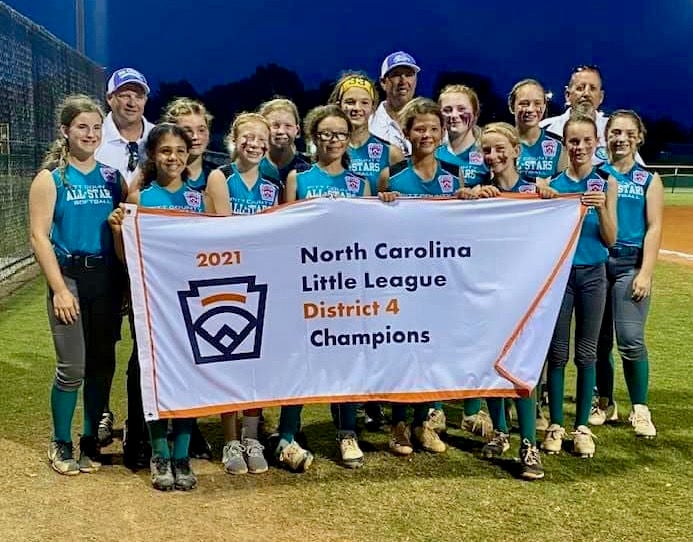 The Pitt County Girls Softball League 12U All-Stars with their district championship banner.

The Pitt County Girls Softball League 12U All-Stars with their district championship banner.

Each of the PCGSL teams in the 8U through 12U divisions reached the state championship round, according to the PCGSL Facebook page. The league posted pictures of the 10U and 12U squads with District 4 championship banners to advance to the state tournament.

The start of the Area 1 East postseason for the Pitt County Post 39 baseball team was a 4-0 win over Wilson, a day later than originally scheduled. Pitt advanced to a matchup at No. 1 seed Wayne County.

A single tally by Pitt in the bottom of the fourth inning broke a scoreless tie for a 1-0 edge. Dylan Harris started on the pitcher’s mound for the victors and went the first 4.0 innings with four strikeouts and working around four walks, followed by 2.0 scoreless innings by Lee Watson and then a clean frame tossed by Wade Jarman.

Pirate Creative was launched Tuesday as an effort to strategically spearhead the development and optimization of digital and social media platforms for East Carolina’s 18 sport programs. In addition to providing oversight of Pirate Creative and existing ECU marketing, media relations and video units, the promotion of Greg Pierce will also be responsible for the alignment of all external relations activities as the department works closely to capitalize on new and existing revenue streams.

Pierce initially joined the ECU athletics staff in 2002 as a football video coordinator and worked in a variety of roles during his 20 years within the department.

Pirate Creative will be led by Jarrett Ozimek, who has spent the last two-plus years as director of creative media for the ECU football program. He will continue to focus on football creative designs and videos, while also working to integrate all the athletics department’s creative processes. Houston McCullough, hired in in 2019 as the Pirates’ first-ever, full-time content manager, will move to the new creative services unit to collaborate with Ozimek on content initiatives.

“(Greg’s) leadership throughout the first year of our ESPN+ broadcasts was outstanding and he has built a model for sustained success. I know he is excited about this opportunity and understands the work we have ahead of us as we continue to evolve with the changing times of college athletics,” athletics director Jon Gilbert said in a release. “The way of promoting our teams and student-athletes is changing at a rapid pace and this is the right time to create one centralized area for digital and social media platforms. ... These individuals like Jarrett and Houston play a major role in telling the stories of our programs and incredible student-athletes. Social media and visual content are critical in this day of age and it impacts recruiting, fundraising, branding and our overall message.”