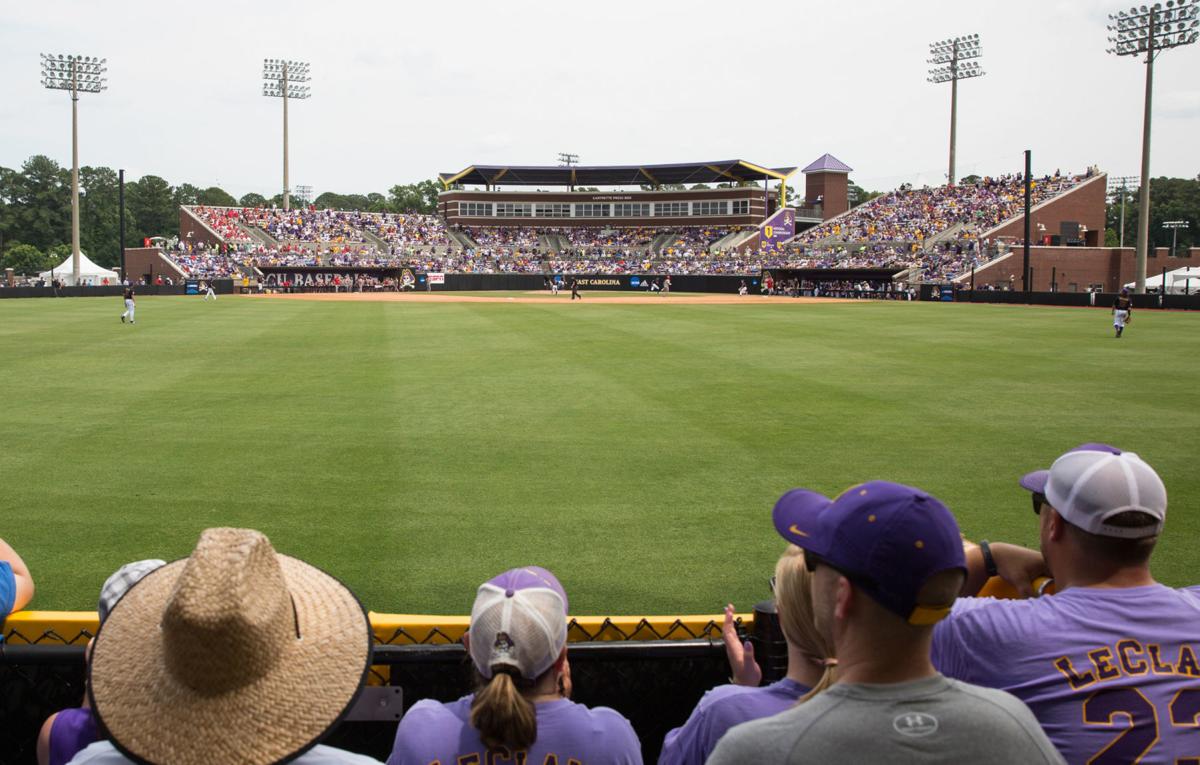 Fans watch from behind the center field fence at Clark-LeClair Stadium on June 2, 2019, during the NCAA Greenville Regional baseball game between East Carolina and N.C. State. 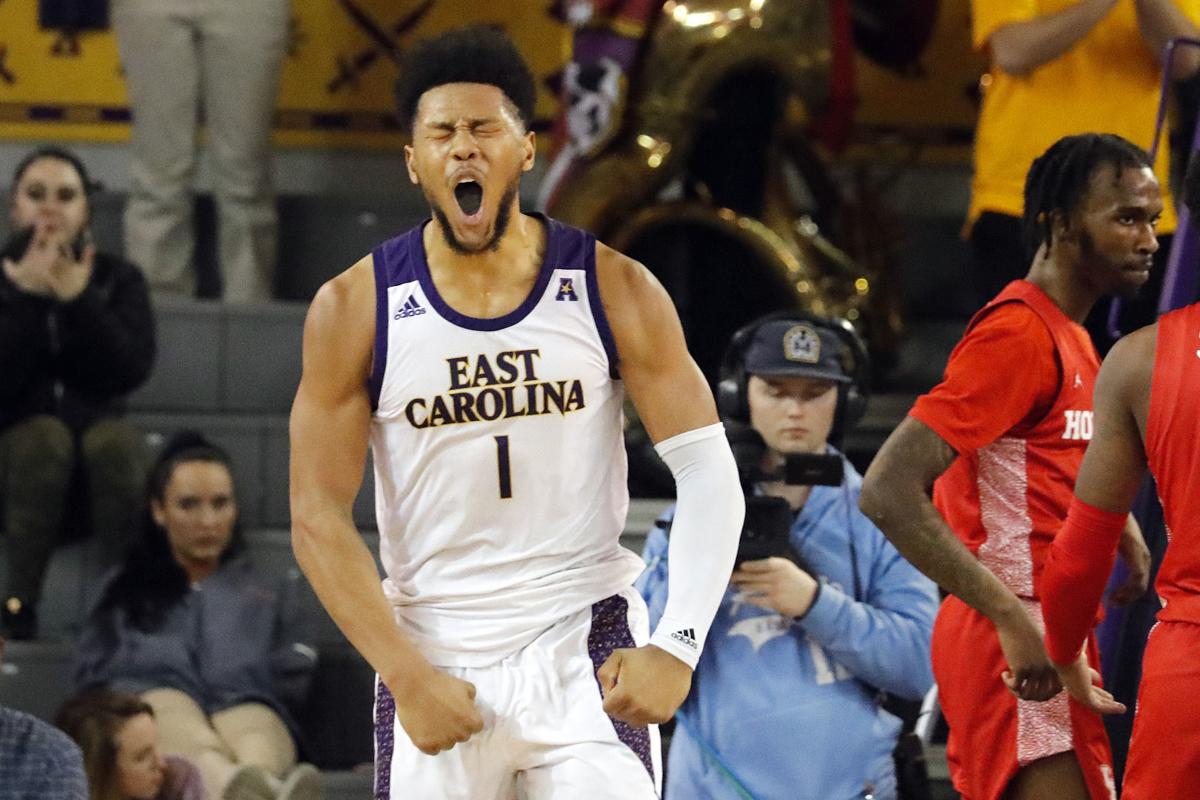 Fans watch from behind the center field fence at Clark-LeClair Stadium on June 2, 2019, during the NCAA Greenville Regional baseball game between East Carolina and N.C. State.

The college sports overlap is coming.

East Carolina is scheduled to conclude its opening weekend baseball series versus William & Mary next Sunday with a first pitch set for 1 p.m., one hour after tip-off for one of ECU basketball’s marquee home games of the season in Minges Coliseum against Cincinnati.

ECU athletics director Jon Gilbert prefers to avoid overlaps in home game times, but he also views it as a reality nationwide during February and March.

“Particularly on basketball, TV is really setting the time and we don’t have any flexibility on that,” Gilbert said after Thursday’s ECU Board of Trustees Athletics and Advancement Committee meeting.

Feb. 29 will be a doozie for the Pirates.

The Saturday action will feature both of the Pirates’ basketball teams playing their final home games of the season sandwiched around ECU baseball’s matchup against Southeastern Conference powerhouse Ole Miss to highlight the LeClair Classic.

The day’s full schedule: Connecticut at ECU basketball at 2 p.m., Ole Miss versus the Pirates in baseball at 4:30 p.m. at Clark-LeClair Stadium and the Tulane women against ECU at 6 p.m. back in Minges Coliseum. ECU’s hoops game against UConn at 2 o’clock will be broadcast either on ESPN2 or ESPNU.

“The basketball games are dictated by TV, and baseball you still have weather, if it’s cold or whatever, so you have to be mindful of what time that is,” Gilbert said. “We really do want to try to work it where our fans can attend everything that we are offering, if they choose to do that. I am sensitive to that and we do look at it and it’s extremely hard on our staff to pull all those off. We do want to be mindful that we are smart about it.”

Numbers presented by Gilbert on Thursday showed the Pirates were slightly above their projections through December and January, using a boost in the new year for 1,550 total sold compared to their 1,500 projection. ECU’s projections call for season ticket sales to pick up significantly in March through May. April is an important month, when East Carolina will hold its annual Pigskin Pig-out weekend and Purple-Gold spring football game. Football coach Mike Houston is entering his second season with the Pirates and coming off a 4-8 record that was an improvement from three straight 3-9 seasons under the previous coaching staff.

“I do think we have room to catch up and improve in the coming months,” Gilbert said of season tickets.

Houston’s career record is 84-33, including stints at ECU, James Madison, The Citadel and Lenoir-Rhyne.