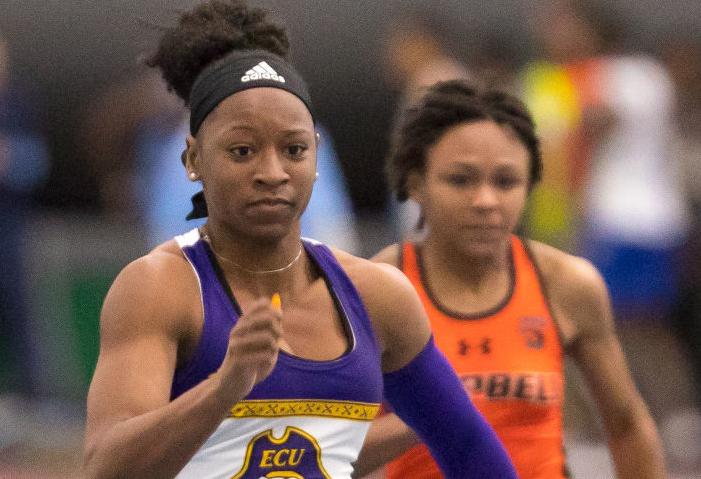 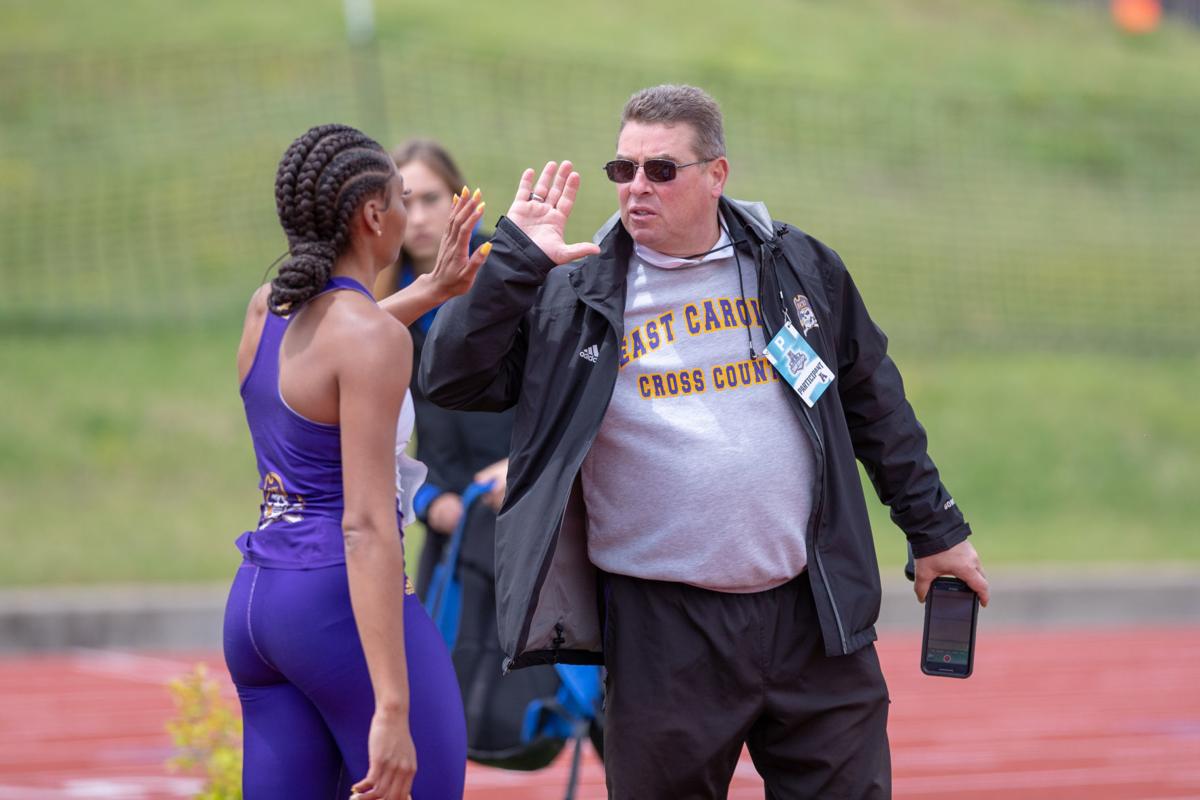 East Carolina track and field coach Curt Kraft talks to an athlete at the American Athletic Conference championships at Wichita State on May 10.

East Carolina track and field coach Curt Kraft talks to an athlete at the American Athletic Conference championships at Wichita State on May 10.

One might say the East Carolina track and field team hit the ground running last weekend in Chapel Hill, but that summation of things would not be quite right.

The Pirates and head coach Curt Kraft, in fact, did their fair share of running around just to get to this point. The abbreviated indoor season sped out of the blocks on Saturday at the annual Dick Taylor Carolina Challenge at UNC, and the Pirates’ youth was a major factor.

In fact, a small contingent of ECU rookie runners already were flirting with school records, and the newcomers have barely broken a sweat in their NCAA careers.

Leading that group was Melicia Mouzzon, whose 7.4-second time in the 60-meter dash not only won the event but was the third-fastest mark in school history. Meanwhile, men’s team freshman Royal Burris swiped second in the preliminary heat in the 60 with a time of 6.82, but he did not compete in the finals.

Needless to say, Kraft liked what he saw. He is the mastermind behind not only the results, but also the steady influx of new talent led by Mouzzon, a product of the same Heritage High School that produced ECU basketball star Jayden Gardner.

“You can attract kids here because of this conference,” said Kraft, now in his 16th season overseeing the ECU men’s and women’s teams. “We’ve gotten somebody coming here from Lexington, Ky., (promising freshman Rosalynd Hollingsworth), coming here to Greenville. Why? Because she sees the competition in this league and she gets to run against some of the best people in the country. It’s no different than the other sports across the board on our campus.

Beyond recruiting, Kraft said he knows the existing team chemistry and leadership from year to year help each new freshman class have a chance to be great immediately.

It’s not always a sure thing each winter that his runners will come back for indoor season as ready to set records as they seem to be right now. The coach is separated from them for about three or four weeks over the holiday break and said it can cause some separation anxiety, but part of a strong program is getting the kind of immediate results Kraft observed on Saturday, even from freshmen.

The first meet of the year is truly a measuring stick event for coaches, and Kraft sees the team’s schedule as somewhat similar to football in that there are not dozens of days to compete all season, but instead a series of critical weekend events.

In just the opening event, ECU faced off against Campbell, Duke, Hampton, High Point, North Carolina and UNC Greensboro. Next for ECU is a trip to Virginia Tech on Jan. 24 for the Hokie Invitational, followed a week later by a date at South Carolina for the Carolina Challenge.

“You kind of know where you’re at right off the bat,” Kraft said. “That’s one thing about our sport. The tape measure doesn’t lie and the stopwatch doesn’t lie. So they have to be ready to go mentally and physically because it’s a short, short indoor season. It’s basically a month and a half. ... Believe it or not, six weeks from now, we’re at the indoor track championships for the American Athletic Conference.”

Between now and then, Kraft hopes the blur is highlighted by more dizzying times from his runners.

Also off to a strong start is Mackenzie Whitaker, who claimed first in the 800 in Chapel Hill, along with senior Naomi Whitaker (second place, 60-meter hurdles). In the field, Brooke Stith captured second in the long jump (5.79 meters) at UNC.