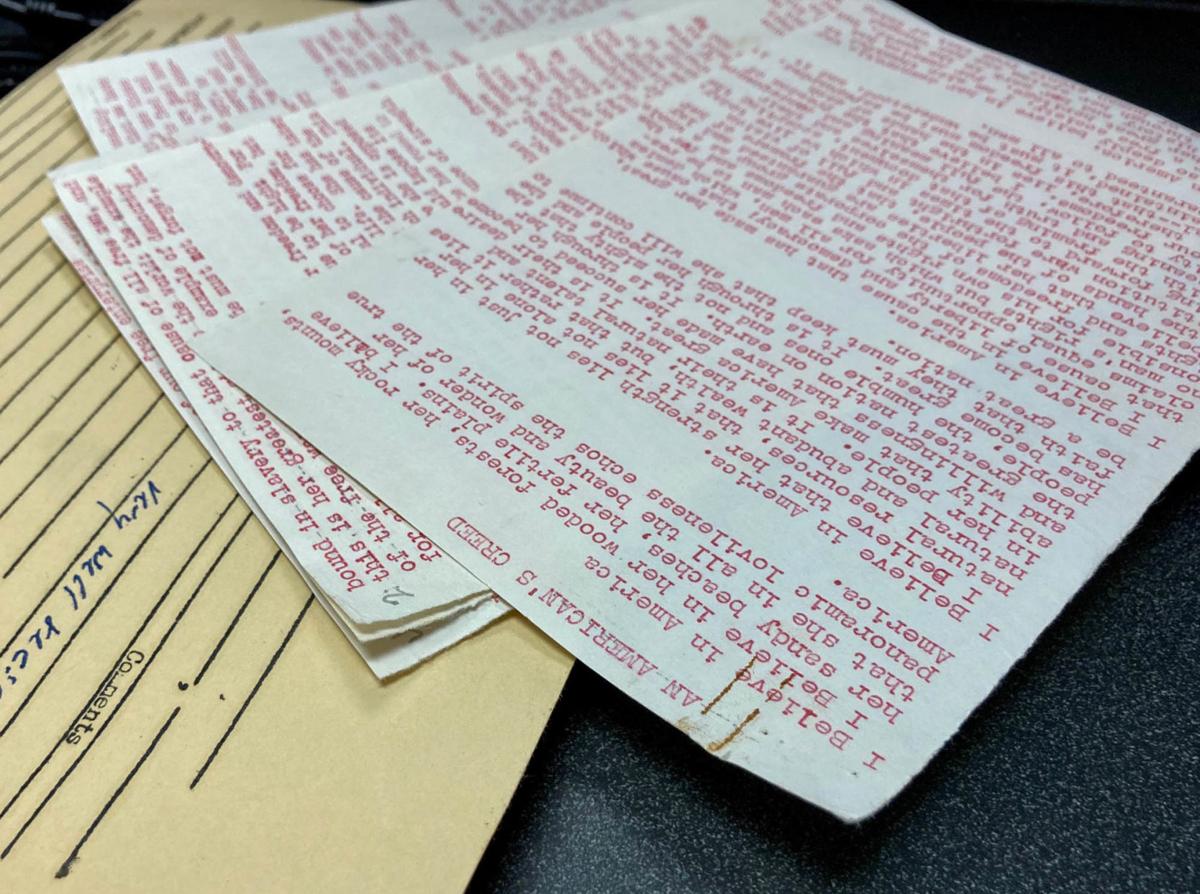 For 25 years now, I have used this space to publish innocuous thoughts about daily life. I get away with it because most readers have had similar thoughts and can chuckle at mine.

What I have never gotten away with, thankfully, is political commentary. I steer clear of choosing ideological sides here so that my pontifications on cat poop and such are not given more weight than they deserve.

Wednesday is my usual day for coming up with something innocuous, however, and this past Wednesday was anything but. Watching an angry mob storm the Capitol has drained me of lightheartedness.

As the disturbing event was delivered to me in real time through my computer screen, I pondered what my late father would have thought witnessing such a spectacle.

My dad dropped out of high school and lied about his age to join the Air Force near the start of the Korean War. He could wait no longer to follow the path of his older brother, an airman killed four years earlier in a stateside training crash.

Stationed at Shaw Air Force Base in Sumpter, South Carolina, throughout the war, Dad was given an important intelligence job related to missions in Korea. He kept putting in for flight-team service but was turned down, presumably for being the only surviving male in his family.

While in the military, Dad earned his high school equivalency certificate and went on to finish college and seminary. Devoted to God and country, my father would be heartbroken to see massive insurrection unleashed under the guise of patriotism.

Among the volumes of writings that my father left behind is a patriotic statement titled “An American’s Creed.” Styled along the lines of “The American’s Creed,” penned by William Tyler Page in 1917, Dad’s is much longer at roughly 2,400 words.

Recorded on the envelope that holds its pages are dates near Independence Day in 1963 and ’64. The second recitation apparently was a command performance at the same church in Fayetteville, North Carolina, where a friend of his was pastor.

Each paragraph begins with, “I believe in America” or “I love America” — until the last three, which begin, “I pray for America.” The fabric of the American experiment was being threatened at that time, too, and the concepts remain applicable.

I read through it again Thursday, and these passages resonated:

“I love America. For though there are problems, though men misrepresent justice, though rights are often denied, nevertheless we are free through the vote, through the press, through every news media to voice our opinions, to speak out against the wrong, and to seek to establish the right. To uproot the wrong.

“And I have faith in a people who, when given all of the information, will rise up to make amends for the wrong and will certainly establish the truth.

“… It is my fear that for too long too many have stayed too silent for what America stands for. … It is time for the people to stand up for the truth. It is time to lay aside divisions of area or prejudice and stand forth as Americans, to stand together to face a world in crisis.”