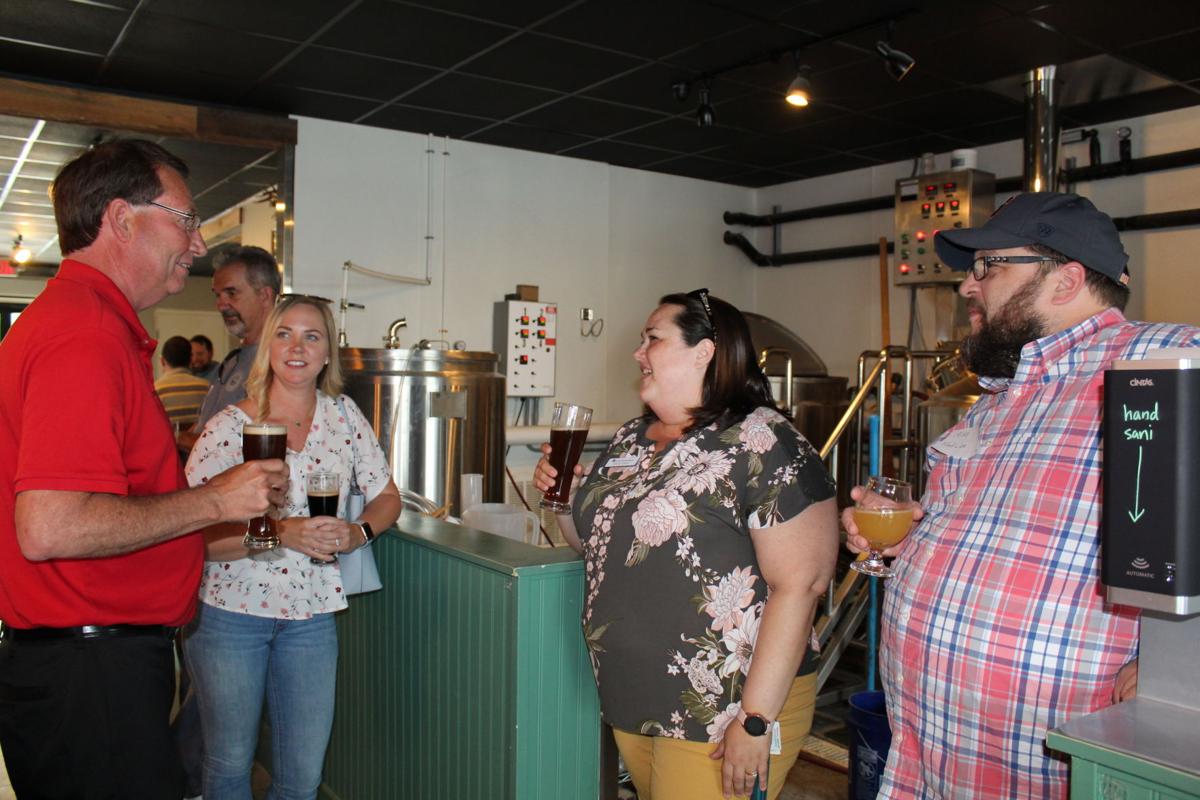 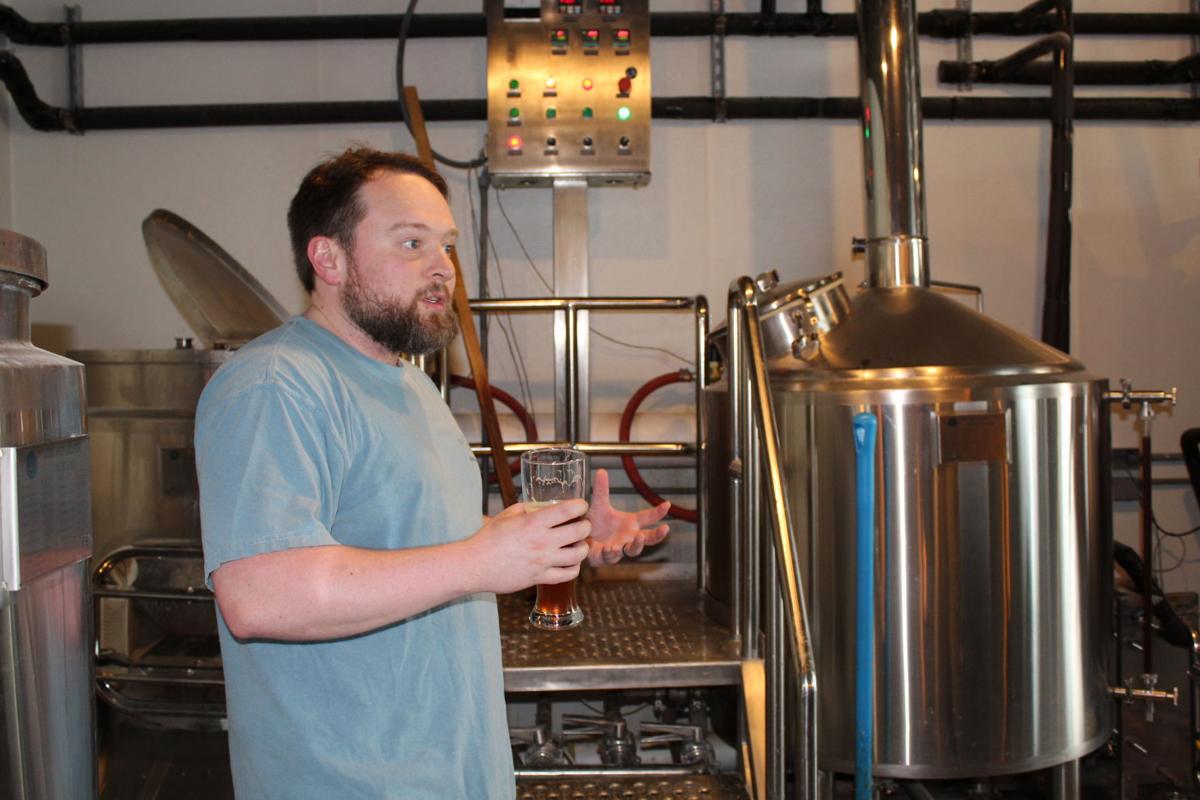 Local Oak co-owner Ben Self describes the beer-making process to visitors during the April 29 Brew Walk. The event, hosted by Winterville’s Chamber of Commerce, showcased businesses in the downtown area and gave members a chance to socialize. 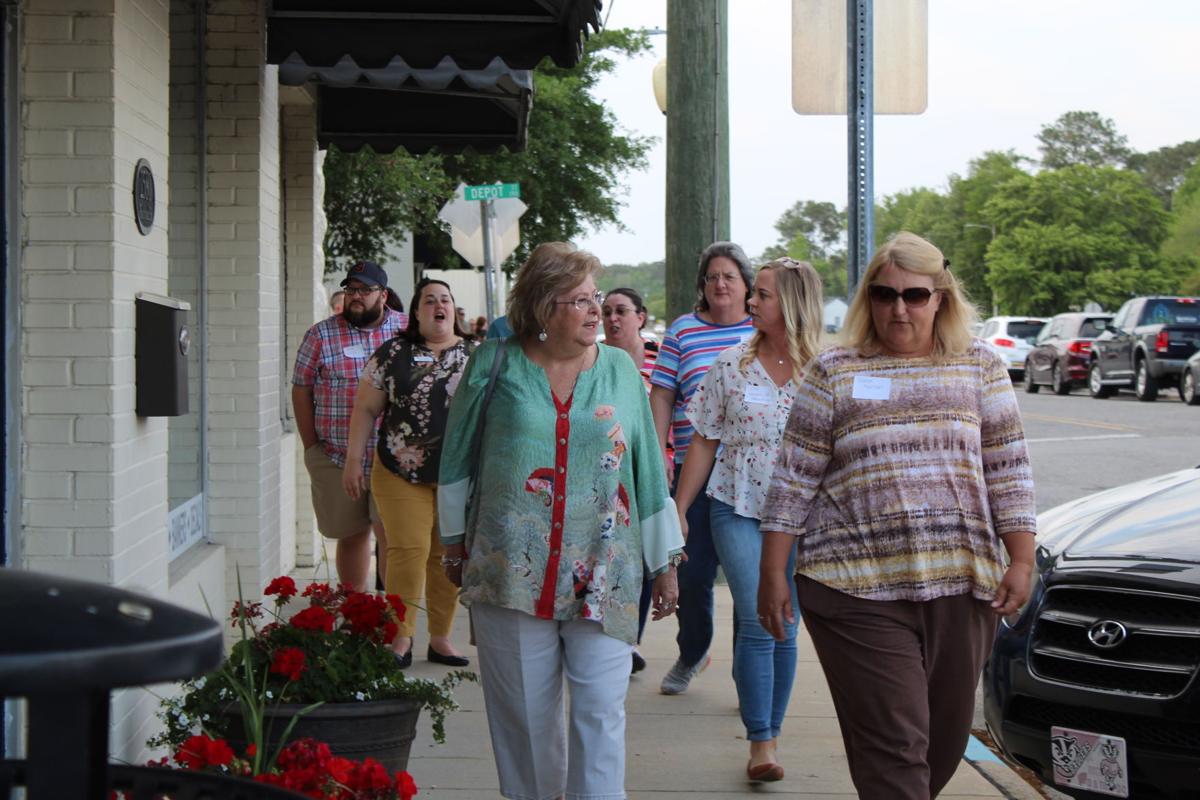 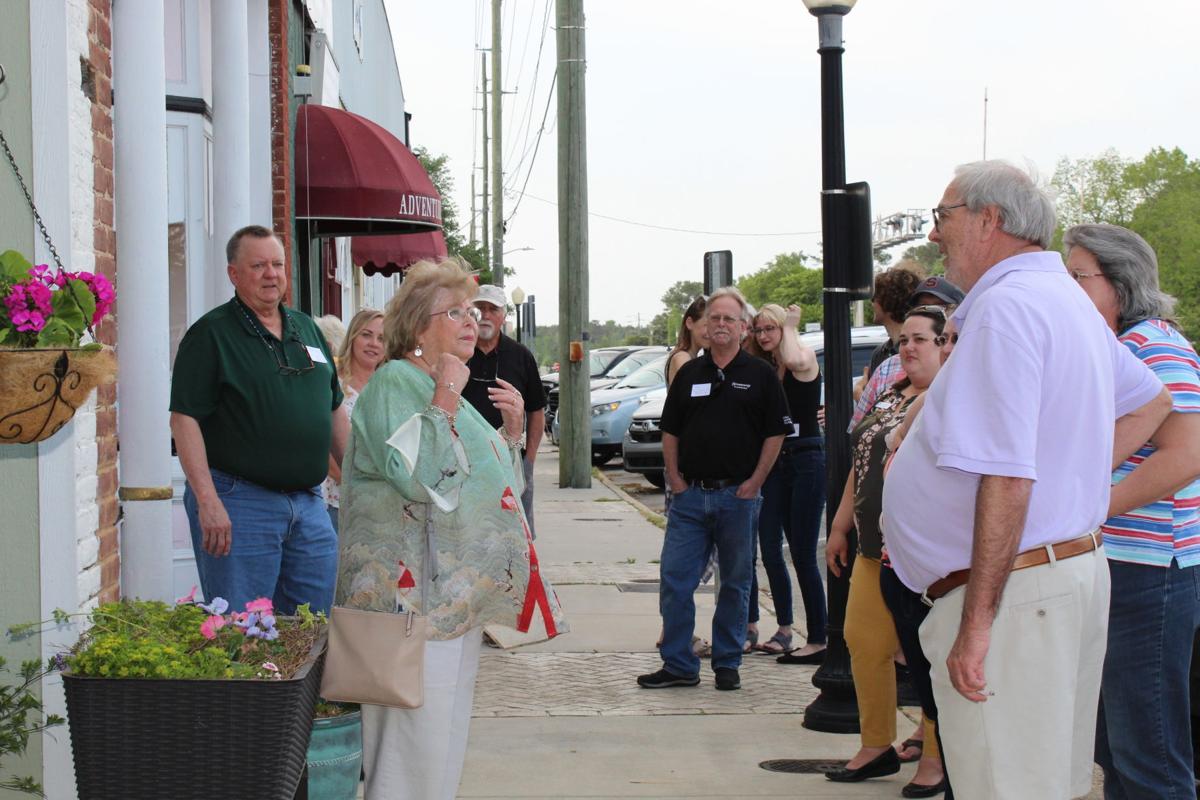 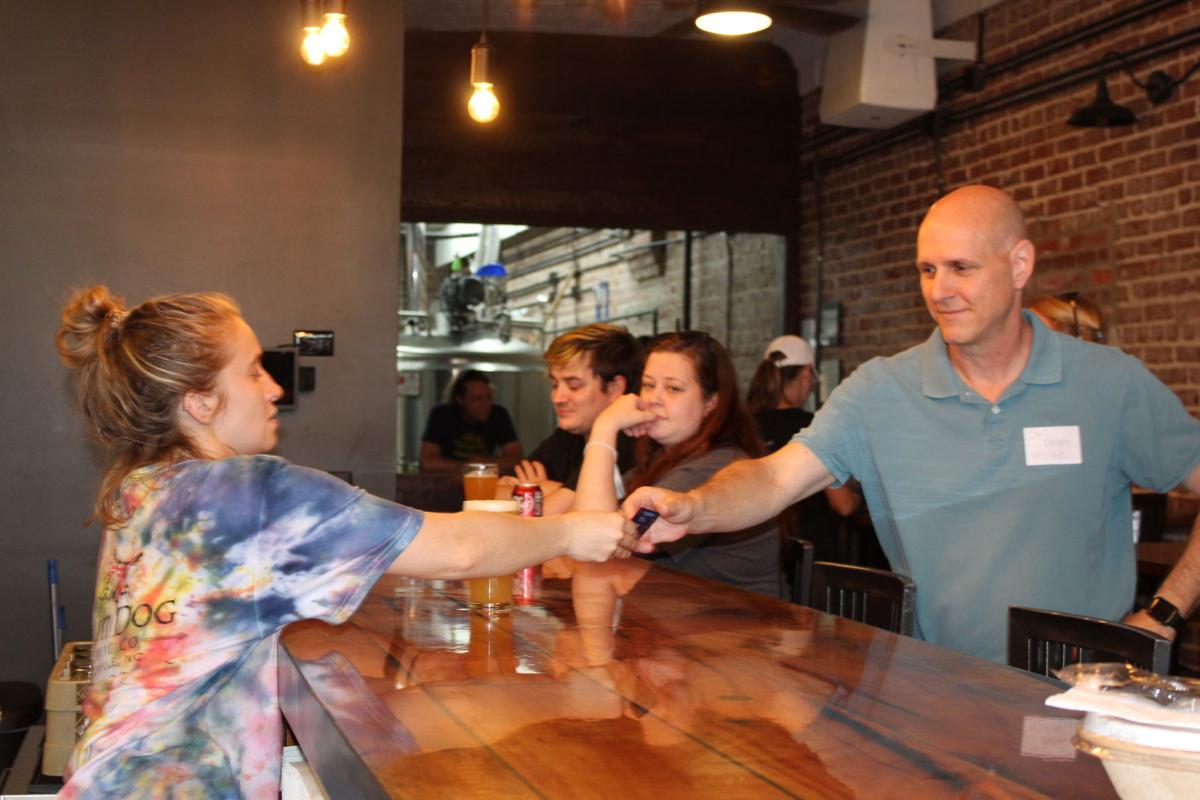 Chris Daniels pays for his drink at Nauti Dog. 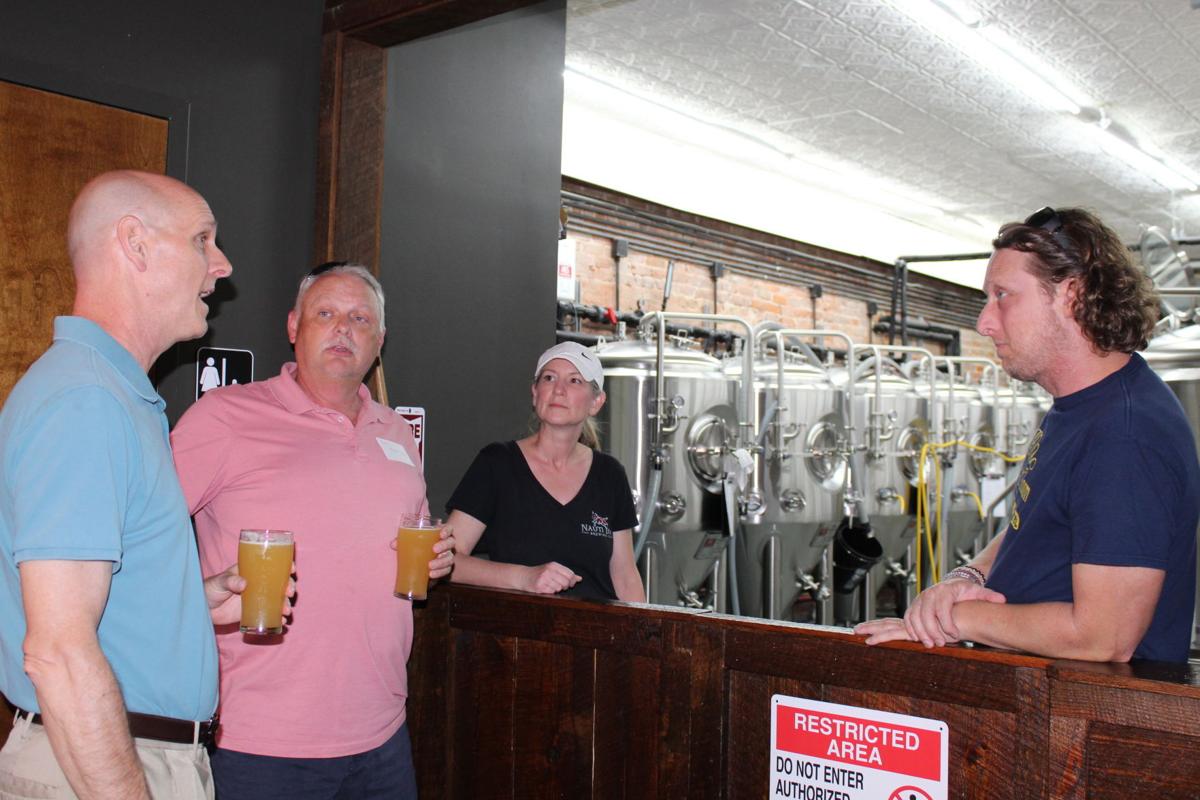 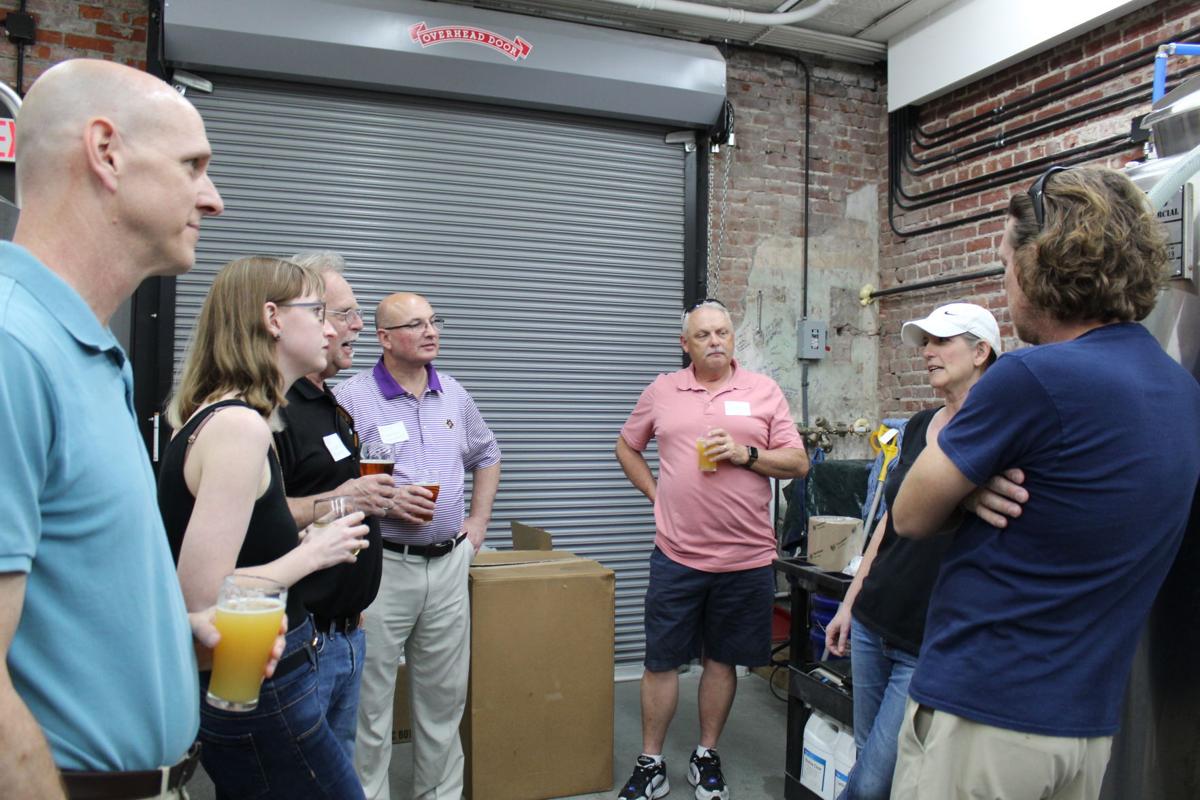 Local Oak co-owner Ben Self describes the beer-making process to visitors during the April 29 Brew Walk. The event, hosted by Winterville’s Chamber of Commerce, showcased businesses in the downtown area and gave members a chance to socialize.

Chris Daniels pays for his drink at Nauti Dog.

WINTERVILLE — A taste of beer crafting culture was on tap April 29 as members of the Winterville Chamber of Commerce hosted the town’s first Brew Walk.

The event served to highlight Winterville’s downtown area while providing a fun and entertaining way for chamber members to get to know one another, organizers said.

The event kicked off at Local Oak Brewery, with participants like Deborah Davis and Karen Spruill, co-owners of Down South Accounting, visiting the establishment for the first time.

“This gave us a chance to see some of the businesses that we have not been to,” Davis said.

“There is so many new things going on here,” she said. “I didn’t really know some of those things were happening in downtown Winterville. We’re growing and it’s good to see.”

Participants were able to mingle while sampling several of the craft beers served at Local Oak, including three new releases: a double IPA, a fruited sour and Local Oak’s summertime Mexican-style lager.

“Our Mexican-style lager is a customer favorite. It is so easy-drinking and was recently featured in Visit NC,” said Local Oak co-owner Amy Amacker.

Those attending also received a short introduction to beer making from Local Oak co-owner Ben Self.

“Our brew schedule is planned months in advance, but we happened to be brewing a big coconut and vanilla imperial stout when the chamber stopped by,” Amacker said.

A favorite craft beer of Rany Kukoly, co-owner of Famiglia, was Veil of the Morning.

After their visit, participants departed for a short tour and history lesson of Winterville provided by chamber Executive Director Debbie Avery.

Avery introduced brew walkers to several businesses in the downtown area, including Taqueria Tere and Railroad Cigars. They also had a chance to peek into the future home of Tie Breaker’s second location.

“I cant wait for Tie Breakers to go in,” said Mandi Shelp of First Citizens Bank. “This is a great way to recognize and talk about all the local businesses.”

Arriving at the second stop on the tour, Nauti Dog, participants had a chance to try some of their craft beer and talk with co-owners Janis and Chuck Smith about the brewery, its offerings and the duo’s history with craft creations.

Chris Daniels of Acculink said he understood why people come from all over the state and beyond to visit the brewery.

“I’ve been coming here for a while. This is great gift to Winterville and eastern North Carolina. There are more and more microbreweries opening giving a lot of people a lot of reasons to come out,” Daniels said.

“For me, this is the best brewery in Winterville,” he said. “I really like the atmosphere they have here.”

Winterville Watermelon Association President Art Morrison came to support the town’s businesses and encouraged others to do so.

“Anything that brings attention to Wintervile is a good thing for the people of Winterville,” Morrison said. “We are in a growth phase now. I would really like citizens of Winterville to recognize we’re growing and show these businesses support.”

The chamber has said another brew walk may be offered in the future.

“We were happy with the turnout,” Amacker said. “We have such a great foundation of regulars who come in a couple of times a week, but it’s always nice to show new people what our small business is all about. The chamber has done a great job increasing visibility of local businesses.”

“Craft beer is all about community and creating a casual space where people from all walks of life can come together to socialize and enjoy a high-quality, locally-made beverage,” Amacker said. “Beer is one of the oldest human traditions and we’re happy Winterville is becoming the hallmark of beer culture for miles around. “