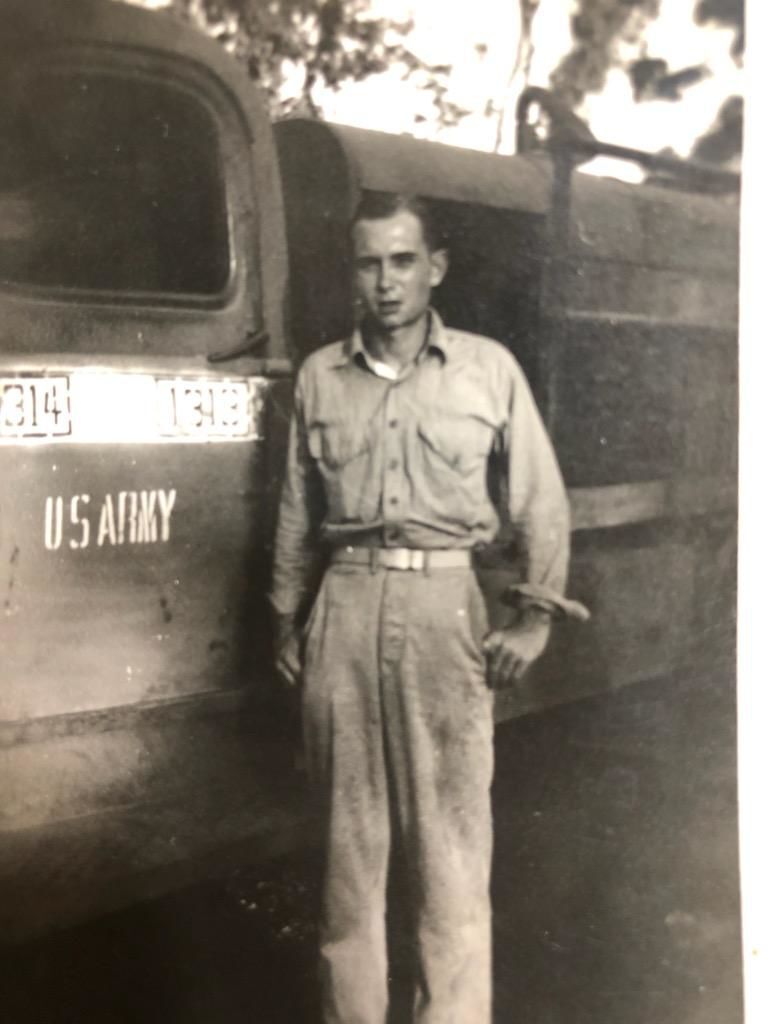 Owen Sterling, 96, of Goldsboro was the only WW2 veteran and oldest veteran present at the Walstonburg American Legion Post 332 D-Day Celebration Sunday. This photo was taken while Sterling was stationed in Guam. 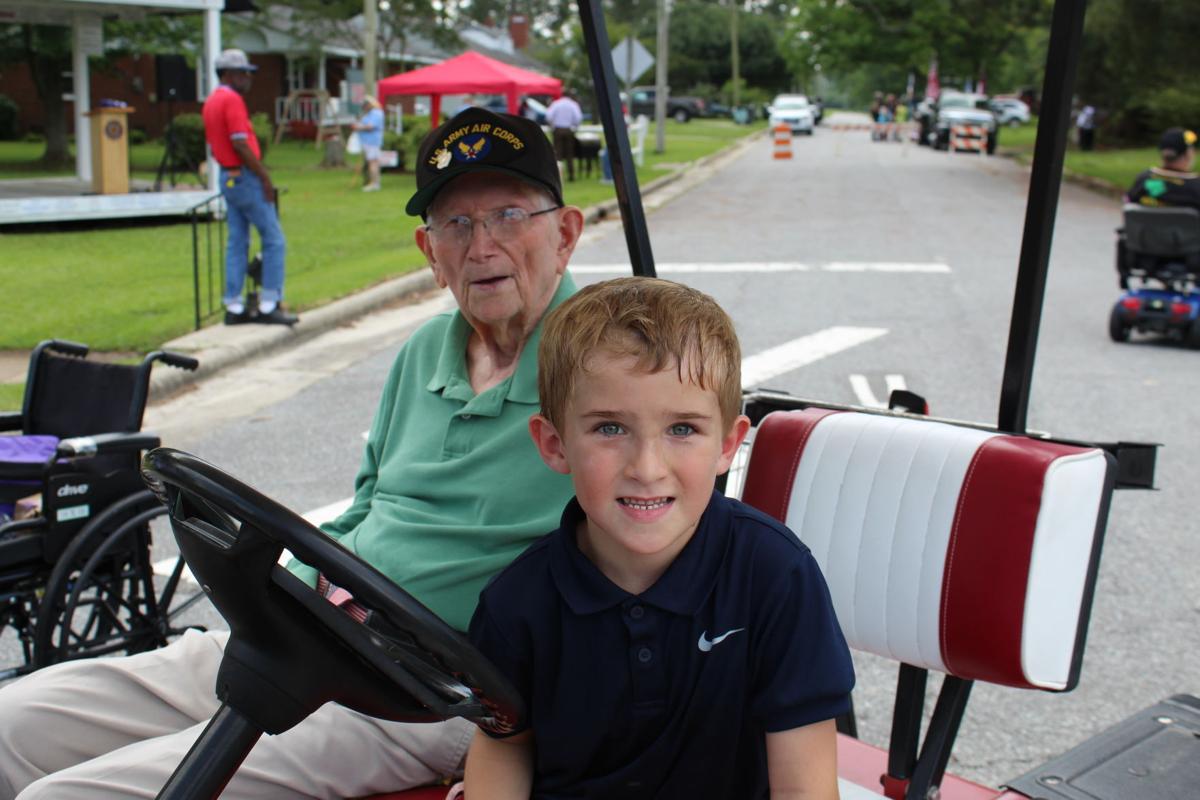 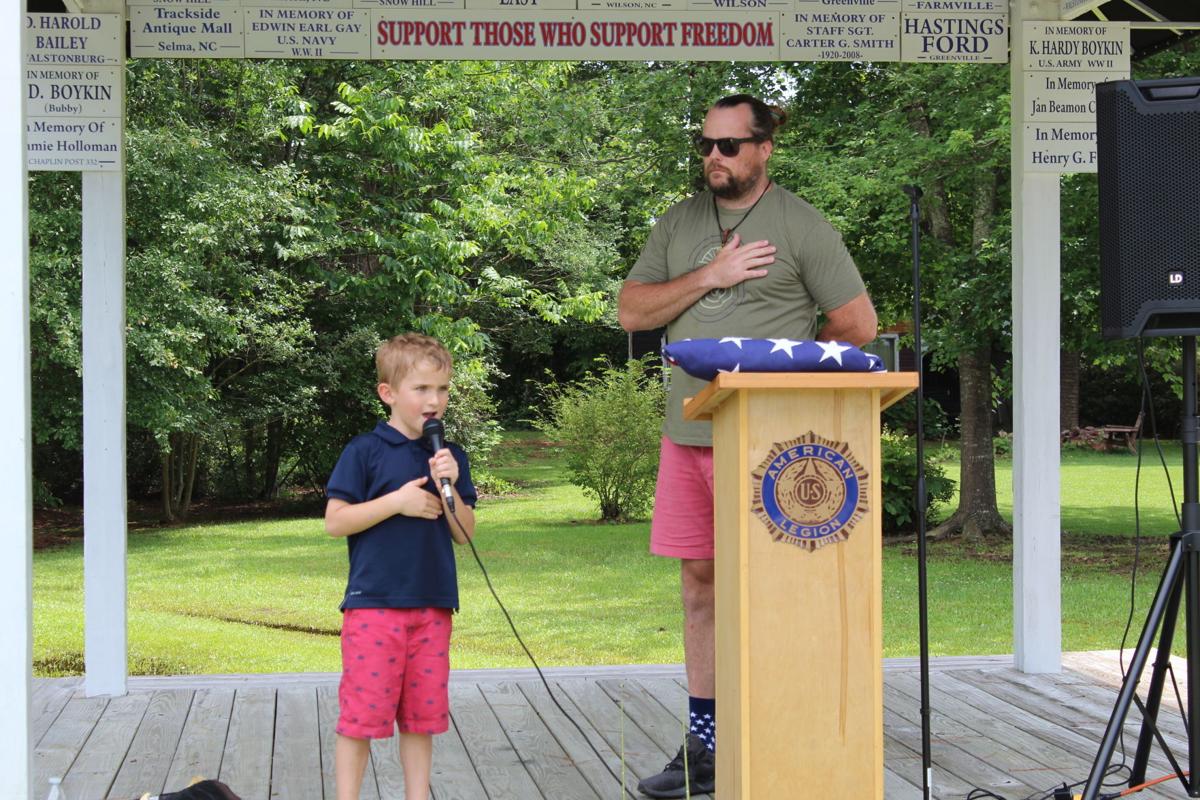 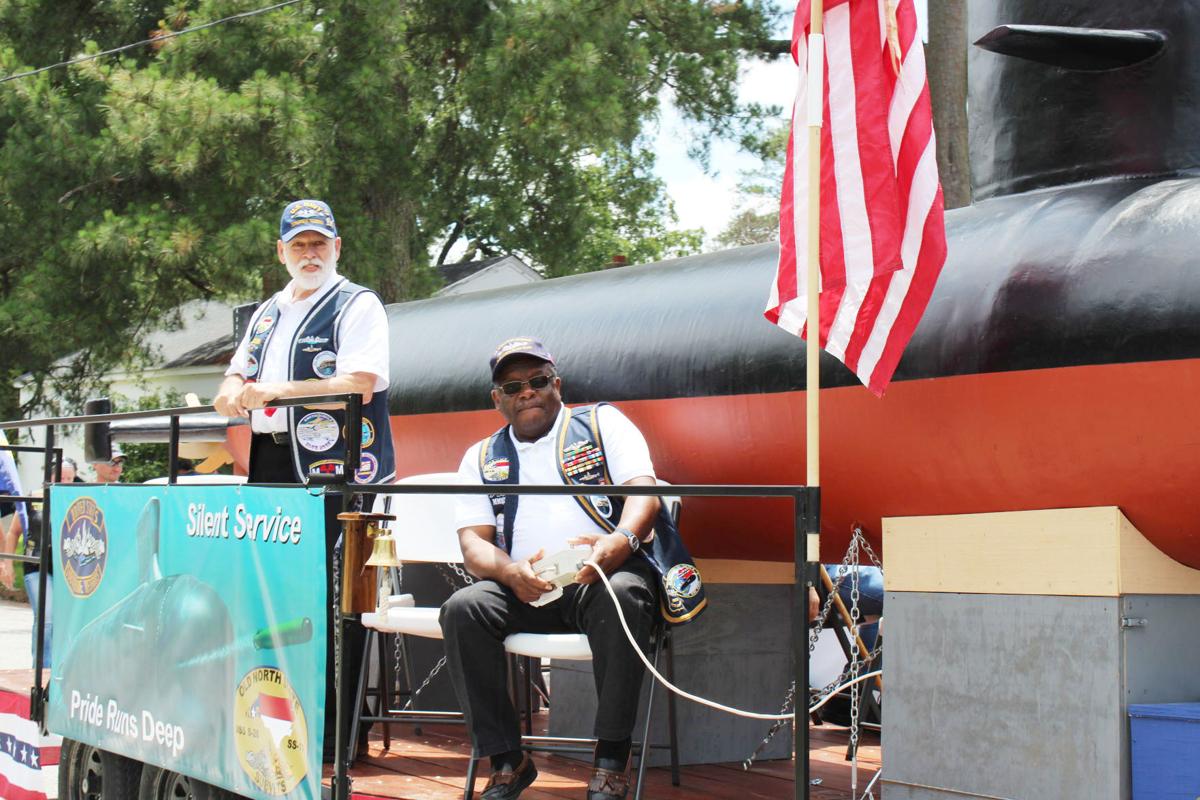 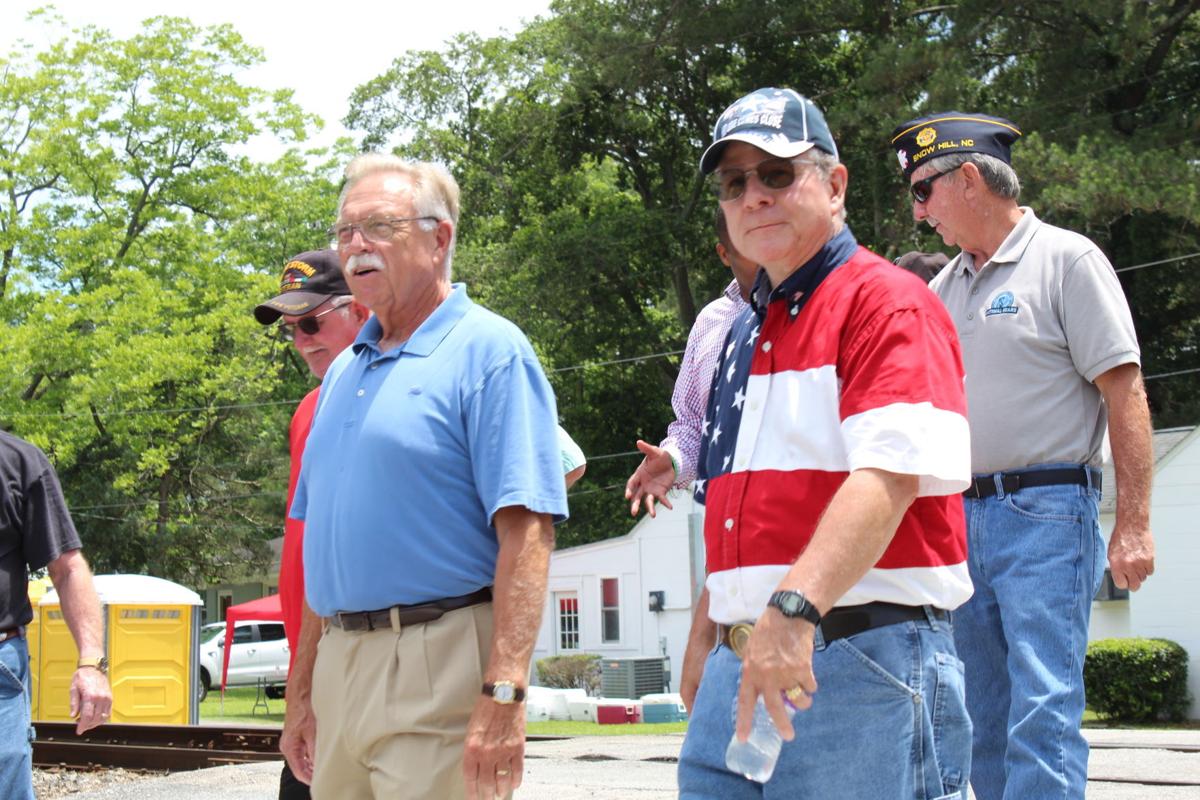 Farnville Mayor John Moore, left, was one of many veterans recognized on Sunday at Walstonburg American Legion Post 332 D-Day Celebration. Moore served for 28 years in the N.C. Army National Guard and retired as an E8 first sergeant.

Owen Sterling, 96, of Goldsboro was the only WW2 veteran and oldest veteran present at the Walstonburg American Legion Post 332 D-Day Celebration Sunday. This photo was taken while Sterling was stationed in Guam.

Farnville Mayor John Moore, left, was one of many veterans recognized on Sunday at Walstonburg American Legion Post 332 D-Day Celebration. Moore served for 28 years in the N.C. Army National Guard and retired as an E8 first sergeant.

“That was a good sound.”

Sterling was one of the many U.S. veterans to be honored Sunday during a D-Day Celebration hosted by Walstonburg American Legion Post 332.

The event served as a way to show appreciation to veterans, active-duty military and their families as well as first responders. It was held in place of the post’s annual Proud to Be American Day, which was canceled due to COVID-19.

Sterling was the oldest and only WWII veteran to attend the celebration commemorating the 78th anniversary of D-Day.

Sterling was stationed in Guam as part of the Army Air Corps 6th Bomb Squadron. His main job was to load approximately 500-pound bombs into planes for missions occurring over Japan.

After the war ended, Sterling remained in Guam for a year.

“I was doing some of the same things when the war was over. We didn’t have to drop bombs like before. They would go every three to four months and drop them to practice,” Sterling said.

“I still say anyone else could have done what I did,” Sterling said.

Sterling’s great-grandson Jackson Carlisle, 6, of Smyrna, Ga., sang the national anthem. Those who lost their lives in combat were honored with a ringing of the bell ceremony. The event also served as the American Legion Post’s only fundraiser for the year, with BBQ plates for sale and a 50/50 raffle.

“It is so amazing when you look at the town of Walstonburg and what they do to bring us together. In commemoration of D-Day and to see the people, the spirit, the American flag, it just makes you feel proud to be an American,” said Sen. Don Davis. Davis, a former U.S. Air Force captain served eight years active duty. “I appreciate the town of Walstonburg and their willingness to remind us of the beauty and power of our country.”

“To all our veterans and those that serve us especially in World War II … to me, we stand on their shoulders,” he said. “When I say standing on the shoulders, (he) literally paved the way for me to serve in the U.S. Air Force.”

Vince Sievert, who served as a commander in the U.S. Navy from 1981 to 2001, brought along a model of a 637-class fast attack submarine. Sievert said he hoped to spark interest in military service with future generations.

“I spent 30 years in the Navy on these subs and enjoyed every minute of it. Serving is something in your blood. It’s hard to describe,” Sievert said.

No stranger to the submarines, Johnny Lee of Grifton rode throughout the parade beside the 637 model. Lee served in the U.S. Army 82nd Airborne division for eight years, nine months and 27 days before curiosity about submarines encouraged him to join the Navy. There he served for 12 years as a machinist auxiliary on the U.S.S. Lafayette of Holy Loch, Scotland, U.S.S. Grayland of Charleston, S.C., and the U.S.S. Minneapolis-St.Paul of Norfolk, Va.

“I live here, my family lived here. People I didn’t know. I feel they have a right to have a free world to do what they want to do when they want to do it so long as it don’t infringe upon anyone else,” Lee said.

“That’s what anybody in the service will tell you.”

Dave Pruiette of Farmville said his desire to serve came from his father. Pruiette served in the U.S. Air Force as a staff sergeant during Vietnam and in the Army National Guard as a sergeant during the Gulf War.

“It was important to me. My father and most of my relatives where veterans of World War II. Even as a young child I remember my father telling me it was important to serve your country. You had an obligation. That meant a lot to me,” Pruiette said.

Dennis Loch of Goldsboro said his family’s military history also motivated him to join. He was a Navy nuclear machinist chief during Vietnam. He spent a total of seven years in active duty and 23 years in the reserves.

“All of my family served. Some died in the military and some came back from World War II paralyzed. It’s important to remember them,” Loch said.

“Everyone keeps thanking me, but I felt a privileged to serve.”

Bobby Rouse of Snow Hill and Edward Morgan of Walstonburg also said they were proud to have served. Rouse served for 10 years in the U.S. Army were he was an E5 and mechanic. Edwards was a parachutist in the Army.

Edwards added, “My line of service, I enjoyed it. I volunteered so I did it to stay straight. Veterans are what kept the country going. I thank them for serving.”