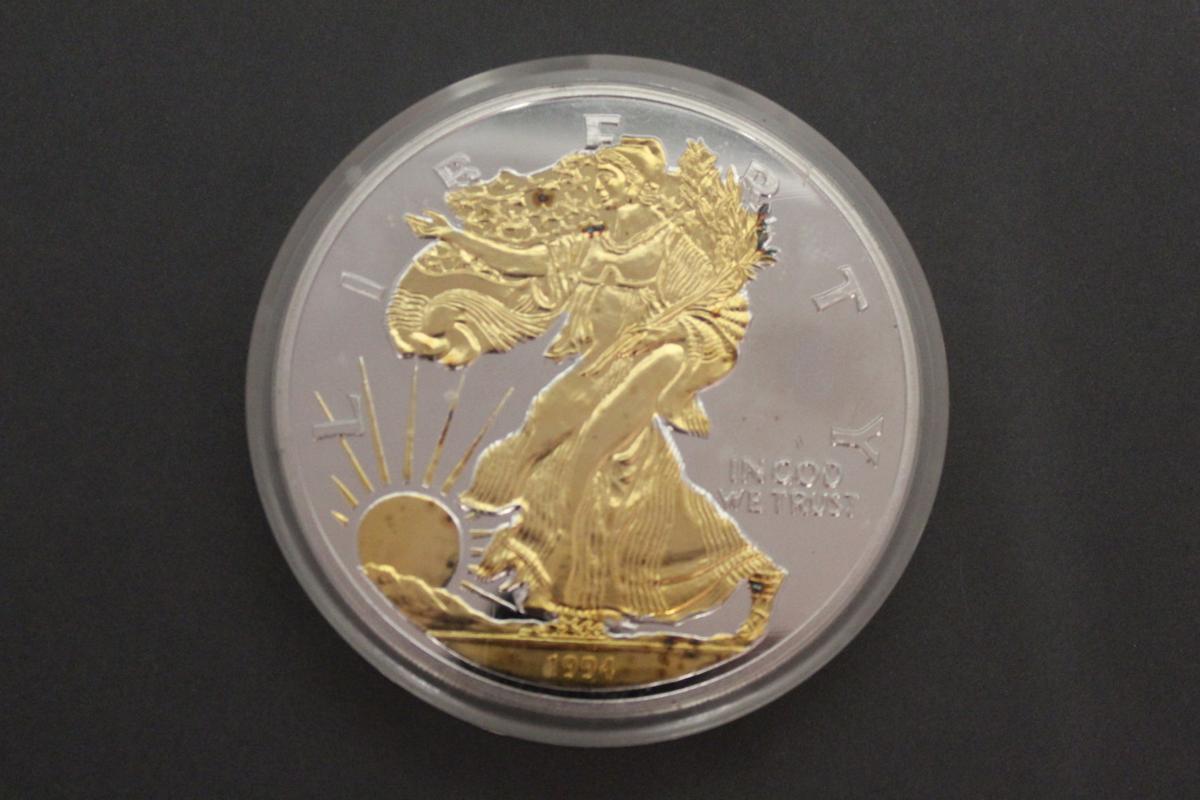 A sterling 35-ounce Standing Liberty Half Dollar is one of the items donated for the auction. 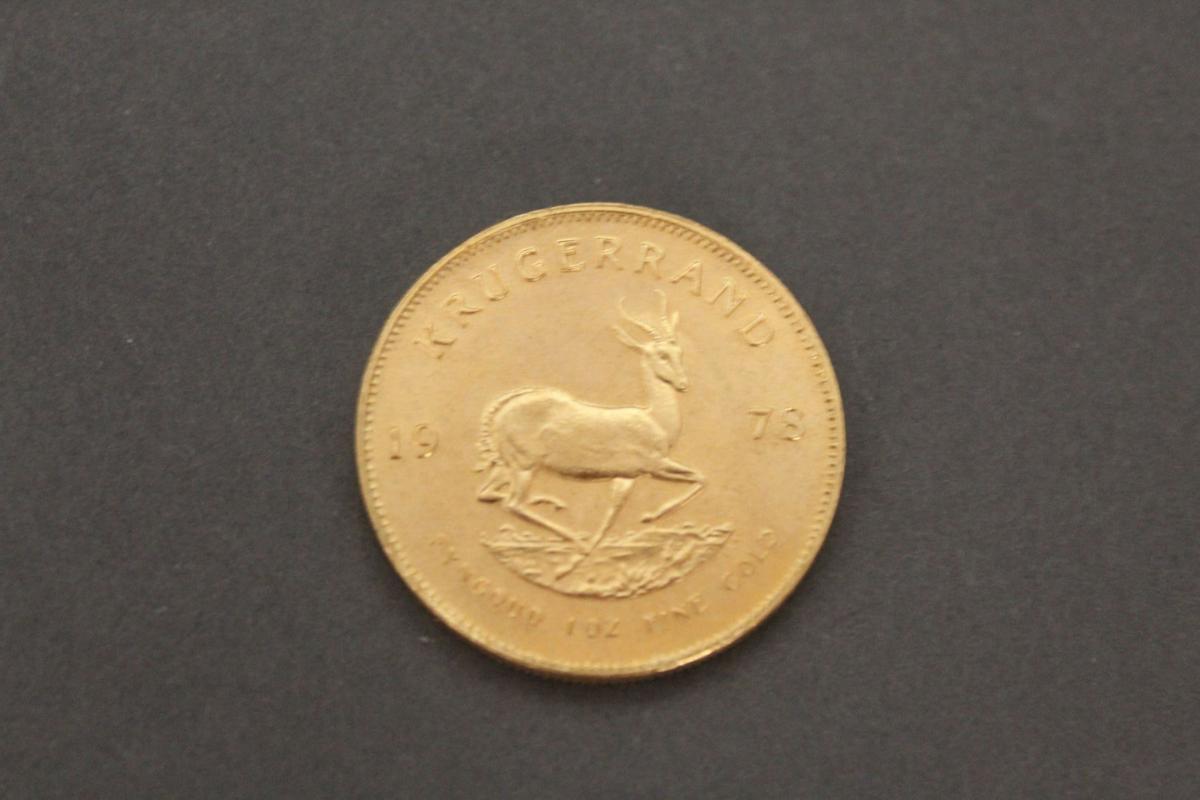 Up for bids at the town’s fundraising auction is a one-ounce Krugerrand gold coin.

A sterling 35-ounce Standing Liberty Half Dollar is one of the items donated for the auction.

Up for bids at the town’s fundraising auction is a one-ounce Krugerrand gold coin.

FARMVILLE — Plans are underway for Farmville’s sesquicentennial celebration, and a plaque fundraiser has begun to help pay for the event.

The celebration will run from Oct. 9 through Feb. 12 — the day of Farmville’s incorporation — with all but one event free to attend.

The plaque fundraiser features a 44-inch-long map of state of North Carolina with Farmville designated on the image. People can purchase name lines to be included on the plaque.

“It’s a beautiful design and it is being done in house,” said Sesquicentennial Committee president Michael Cable. Just Write Laser Engraving will be creating the plaque, he said.

“We are trying to keep all the money local that we can,” Cable said.

There is room on the plaque for 150 names to be listed and it will serve as a lasting contribution to the town’s sesquicentennial celebration, he said.

The plaque is just one of the ways, organizers will fund the celebration. A cookbook also is in the works, according to Cable.

On Oct. 9, a fundraising auction will kick off the sesquicentennial celebration. The auction will be similar to the town’s former St. Patrick’s Day auction and will be held at a location on Main Street.

Donations for auction items are currently being accepted and Cable is encouraging the donation of silver dollars.

“In 1872, gold and silver were the coinage in the U.S.,” Cable said. “It would be nice if we could come up with 150 U.S. silver dollars to commemorate this. Everyone has silver dollars.”

Jewelry, furniture, vehicles or experiences, such as “dinner for 10” also can be donated, Cable said.

The committee already has received several auction donations, including a one-ounce Krugerrand gold coin and a sterling 35-ounce Standing Liberty Half Dollar.

During October, the celebration will piggyback off of the town’s annual Hometown Halloween, Cable said.

During Hometown Halloween, the sesquicentennial committee will offer ghost tours throughout town.

The committee also will team with the town’s tree lighting and Taste Of Farmville events.

In between the town’s Christmas Parade and neighborhood light show, the committee will host a Pray for Farmville event at 5 p.m. on Dec. 11. This event will be led by local pastors and churches to bring unity and prayer to Farmville.

The committee plans to kick off the new year with a bang, hosting fireworks on Jan. 7. This follows a former Farmville tradition of holding a fireworks celebration on the first Friday of the year.

On Jan. 15, a black tie gala will be held at the Depot Station.

Tickets sales for the gala will begin soon, Cable said.

On Feb. 12, Farmville will wrap up the sesquicentennial celebration with a parade and another Pray for Farmville event. The celebration will feature a weekend-long schedule of events as well as recognition of the town’s oldest remaining families.

Plans are still in the works for the celebration with other ideas and details still pending, Cable said.

Because most events are free, contributions are needed to fund the events. Along with the plaque fundraiser and donations to the auction, monetary gifts also will be accepted.

Donations can be made to the Farmville Chamber of Commerce. For more information, call the chamber at 753-4671.