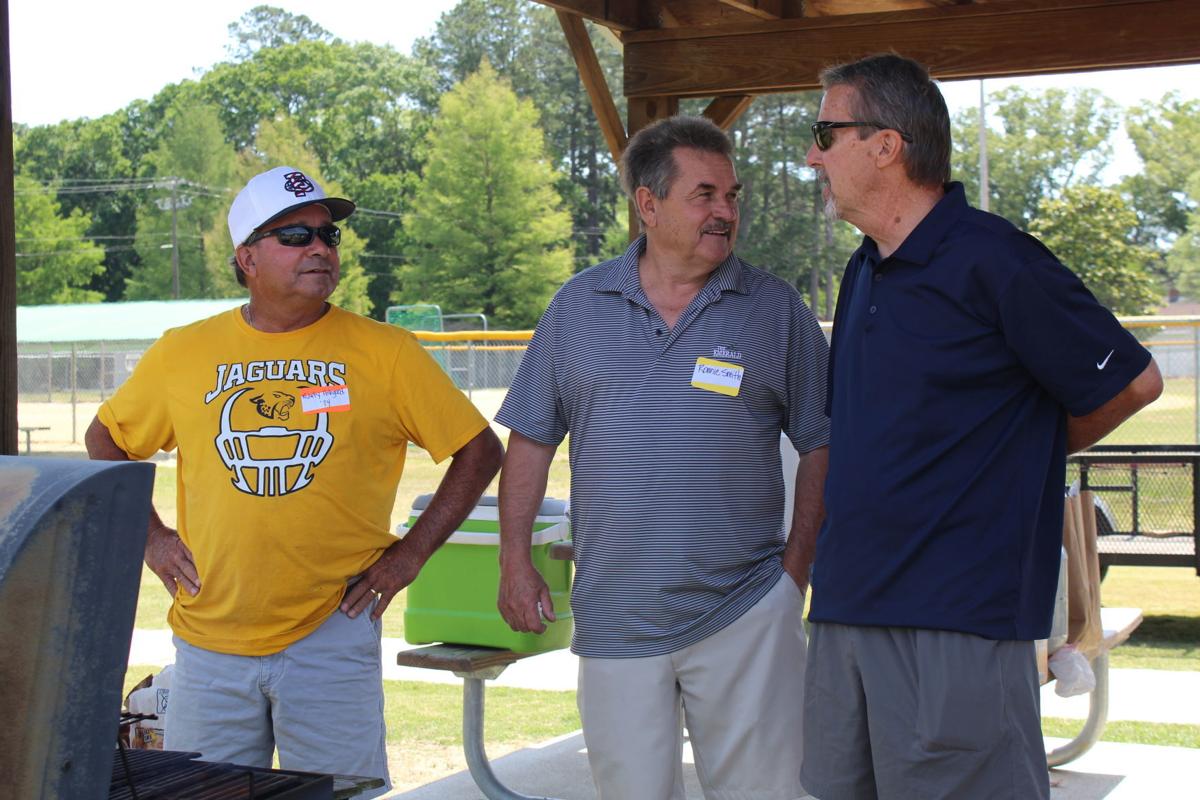 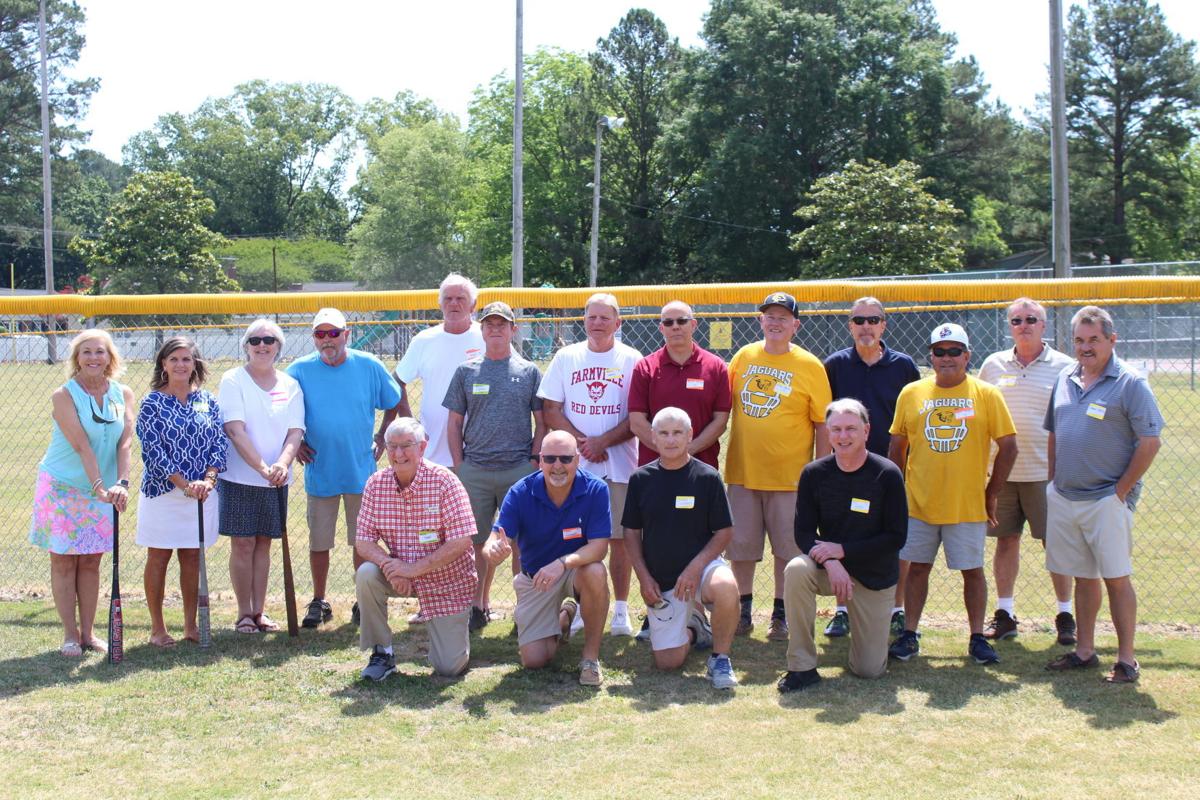 Former baseball players from Farmville Central High School between the years 1970 and 1979 held a reunion to renew old friendships and talk about their time in the field. 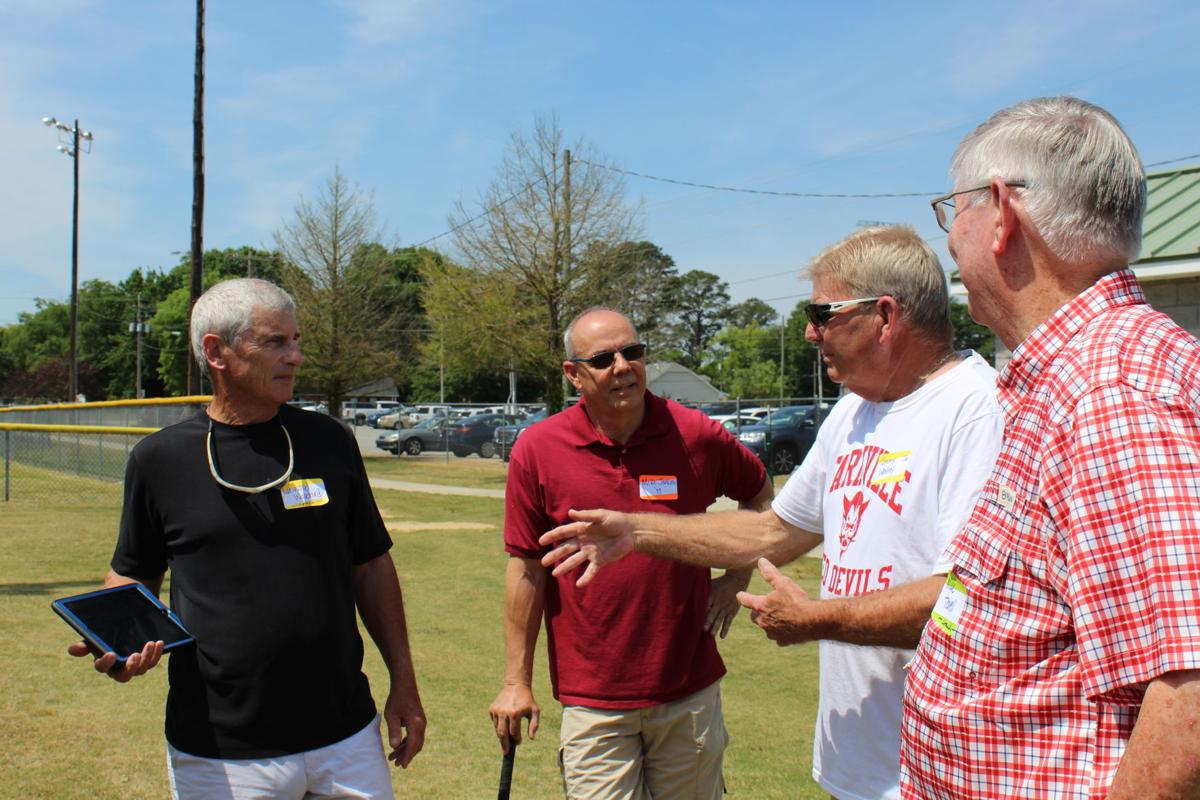 Former baseball players from Farmville Central High School between the years 1970 and 1979 held a reunion to renew old friendships and talk about their time in the field.

FARMVILLE — Saturday’s reunion of Farmville Central High School baseball players was a home run as players were able to renew old friendships and reminisce about life on the field.

That was the reason that Farmville resident Rickie Smith, a class of 1977 graduate, organized the event.

“It’s just the friendships. I enjoyed playing ball with these guys. I wanted to rekindle that,” Smith said.

Co-organizer and class of 1977 graduate Mike Jenkins of Knoxville added, “It’s great to get back and renew some old friendships.”

The reunion was held for Farmville Central baseball players who attended the school between 1970 and 1979. For many players, this was the first time they had seen each other in years.

“It feels good to be able to see people you haven’t seen in a long time. I haven’t seen some of them in 40 years. They were a good group,” said Marty Hobgood of Farmville, class of 1974.

While the field at the Farmville Municipal Athletic park remained vacant for the majority of the event, players said their hearts were full and nostalgia ran full speed.

“It makes me feel a little bit younger,” said 1972 graduate Bobby Daniels of Fountain, who said he still remembers how it felt to beat Jag rival Greene Central High School.

“It was hard to beat them because they had a really good coach and team back then too,” Daniels said.

Class of 1976 grad Tommy Cobb added “It brings back a lot of memories. We haven’t seen each other. A few of us still live in Farmville and a few of us have moved on.

“We haven’t seen or talked to each other in years,” Cobb said. “It’s just good to get back. When you get our age it’s good to get together and talk about the old times.”

Players recalled making it to the 1974 championship game under new coach Linwood Woodard and playing in the Gaylord Perry Tournament. Ronnie Smith, who graduated in 1969, remembered hitting his first grand slam.

“There were a lot of great times. We just miss those day. This brings back a lot of memories,” Smith said.

Three-time champion basketball coach Mike Terrell of Farmville and players also remembered the time that Terrell was forced to fill in for Woodard during a championship game.

Terrell was working out with the basketball team when the athletics director informed him that he was needed to fill in for Woodard, who had been knocked unconscious by a baseball following a hit from Neil Gordon, a class of 1977 graduate who now lives in Greenville.

“I knew nothing about the line-up. I told the players this was their game. We lost in a close game for the championship,” Terrell said.

The reunion also included the team’s bat girls, who continued to rally in support of the former players.

“These guys were our friends and they liked to have the girls on the bus with them. We were also cheerleaders. We kept the momentum and spirit going,” said class of 1974 bat girl Anna Mooring Weaver of Wilmington.

When learning of the event, Weaver was determined to attend.

“It is fantastic to see all of these people. I was not going to let anything get in the way of me being here today.”

Woodard coached baseball at Farmville Central for seven years and was delighted to see his players grown up.

“It’s a pleasure; it’s a real joy to see all these young men who have grown up and become pillars in their own community. I just appreciate the effort that they made to get here today. We have lost a few and we miss them greatly,” Woodard said.

For many, the love of the game remained high on their scoreboard.

We just had good camaraderie with everybody. We had some pretty good teams. Farmville is just a great town. It’s a great place to grow up,” said class of 1977 grad Dave Winborn of Raleigh.

Gordon added, “Baseball is kind of a slow game, but it’s a social game. I enjoyed every aspect of it (especially) socializing in the outfield during practice.”

The former players are looking to take on the current Jags baseball team as well as challenging a reunited 1970s team from Greene Central High School.