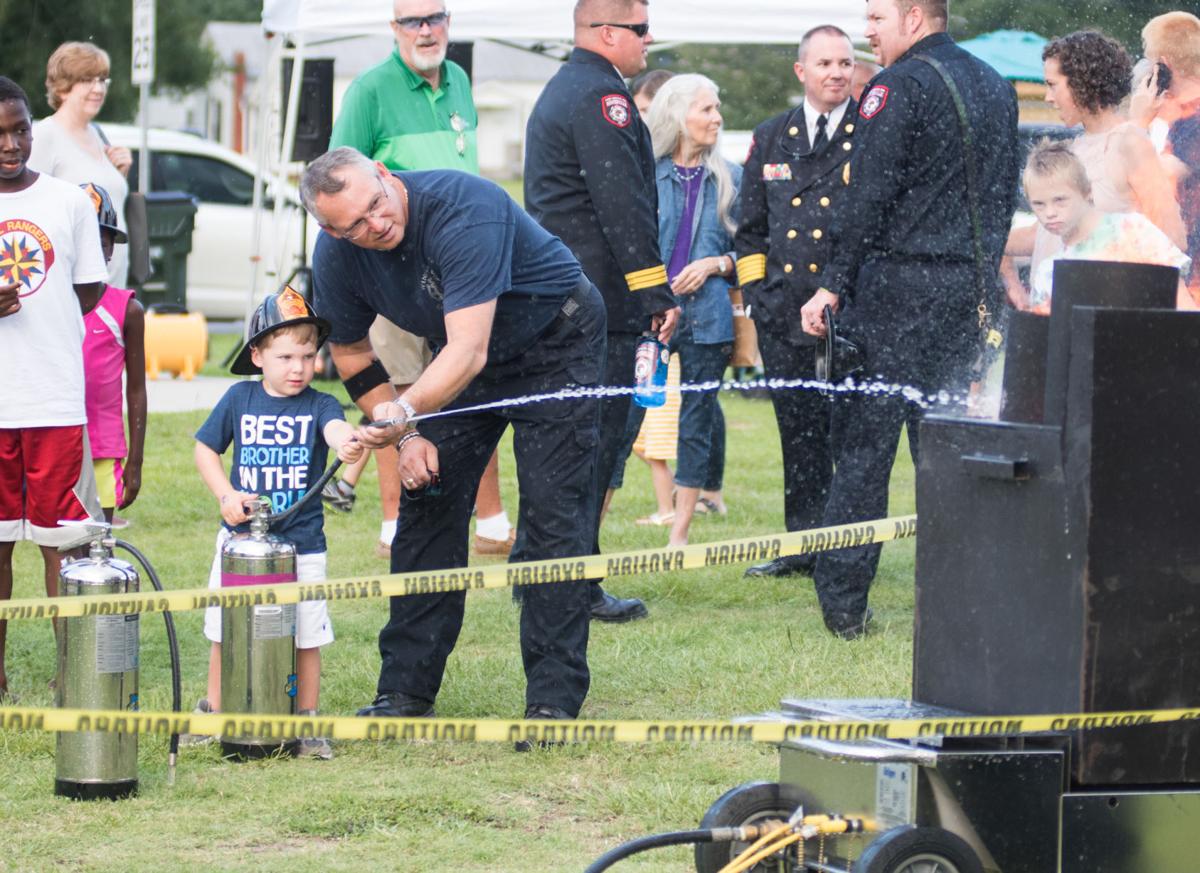 With the help of Winterville Fire-Rescue-EMS, kids spray water onto a fire during Fire Palooza on July 24, 2019.

With the help of Winterville Fire-Rescue-EMS, kids spray water onto a fire during Fire Palooza on July 24, 2019.

The supplement fell short of the $38,000 the squad was seeking but was the maximum amount allowed under the new system, which will grant extra money for the county’s eight nonprofit EMS squads based on their call volume, officials said.

The tier system was originally intended to be implemented in the 2021-22 fiscal year. However, county staff recommended that the commissioners implement the plan early to address Winterville’s original request to cover the cost of part-time employee pay, vehicle insurance and other small financial needs.

The funding system places squads in one of four tiers, with Tier 4 eligible to receive $2,000 in supplemental funding and Tier 1 eligible for the $15,000.

The board unanimously voted on Monday to approve the budget amendment recommended by staff to implement the tiered supplemental funding for this year, followed by a unanimous vote to grant money to Winterville.

Squads that need additional funding can go before the county’s EMS oversight committee to make their case.

The county maintains the EMS fund through a 6.2-cent per $100 valuation levied on all Pitt County property owners except those in Greenville. The tax also funds county-operated EMS squads. None of the money funds Greenville’s EMS services.

Randy Gentry, emergency management director for Pitt County, said $67,500 is available for the tiered program in this fiscal year.

Following the votes, Commissioner Lauren White said that she had talked to Winterville EMS Chief Rick Britt. He told her that the $15,000 would be appreciated and necessary, but that not getting the $38,000 now is “kicking the can down the road,” she said.

The board also unanimously voted to approve new rules for the Leroy James Farmers Market. The rules had previously been discussed and voted on at a March 6 meeting of the market’s vendors.

A number of rules apply to arts and crafts vendors. The market’s rules now require that arts and crafts items show “evidence of manual skills obtainable only through a specific period of experience and dedication, with 90 percent of items required to be designed and handmade by the vendor.”

Rules also now dictate that, during the spring and summer, arts and crafts sellers will be limited to 30 percent of vendor space. During fall and winter, that ratio will be relaxed but priority will still be given to farmers and food vendors.

Members classified as farmers will still be permitted to sell crafts, but they have to follow the same guidelines.

It’s also now required that booths must be emptied of products at the end of each market week. Market tables and limited shelving or racks may remain.

Displays in booths cannot be higher than 6 feet on each side.

The board also accepted the request by county resident Julian Chaires to rezone his property to operate it as a lawn care and landscaping business north of Greenville.

The 2.1 acres located on the northern side of Rams Horn Road, west of its intersection with Frankie Coburn Road, will be rezoned from rural residential to rural agricultural.

Chaires was on hand to speak if needed. Commissioner Beth Ward moved to grant the request on the basis that county staff had made recommendations to do so following a presentation of requirements and plans by James Rhodes, Planning and Development director.

Rhodes said that the rezoning is in line with the county’s land-use plan.

At their next meeting, the board plans to revisit the modified N.C. 43 Land Use plan, which was previously tabled at the board’s April 5 meeting.