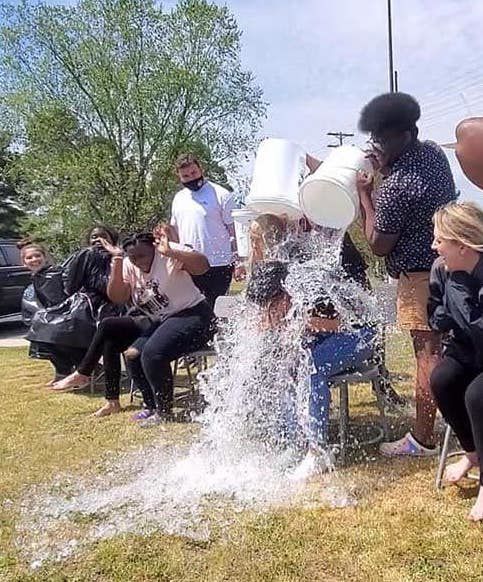 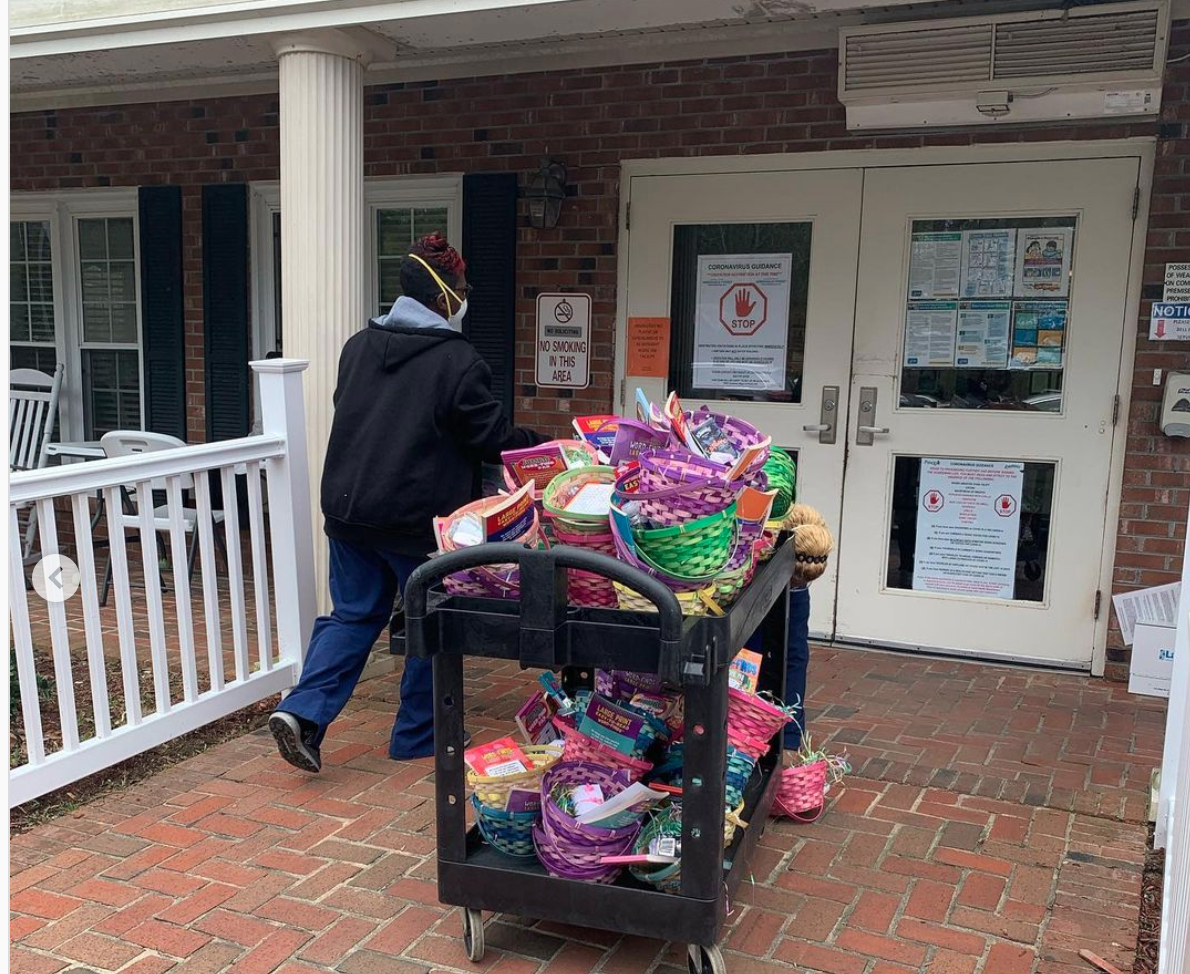 Although students could not deliver each basket personally, Greendale employees eagerly received the 95 Easter baskets for residents on Good Friday.

Although students could not deliver each basket personally, Greendale employees eagerly received the 95 Easter baskets for residents on Good Friday.

The 35-member club, formed in February under the leadership of a group of juniors, wanted to go beyond the brick and mortar of their school.

Realizing the effects of isolation on the elderly population during the pandemic, the group decided to assemble Easter baskets for residents of Greendale Forest Rehabilitation Center in Snow Hill.

To secure funding, the club organized an ice bucket challenge among the GEC staff. To make it more interesting, a club member was paired with each teacher.

The “iced winners” would be the staff/student pair with the most money and the least amount collected. During March, students voted with money and raised $514 for the Easter basket project.

Prior to the ice bucket dunking, the suspense mounted as the club president Madia Harris announced who was “safe.”

Receiving an ice bath were teacher Emily Harris and student Jamya Stark, who raised the most money, and teacher Heather Davis and student Lorien Stocks, raising the least amount.