Skip to main content
Log In Sign Up
You are the owner of this article.
Edit Article Add New Article
You have permission to edit this article.
Edit
News
Sports
Opinion
Features
Obits
Multimedia
Classifieds
e-Edition
Our Sites
Share This
1 of 6 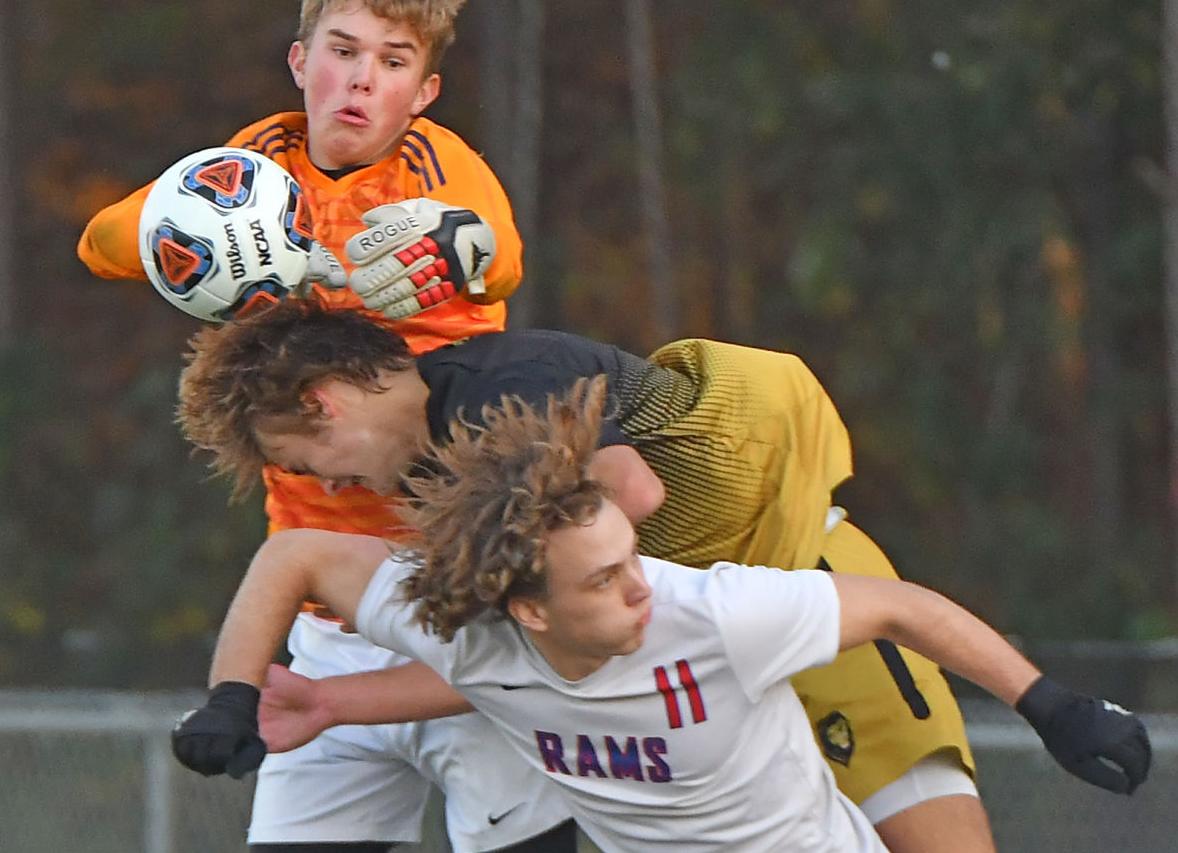 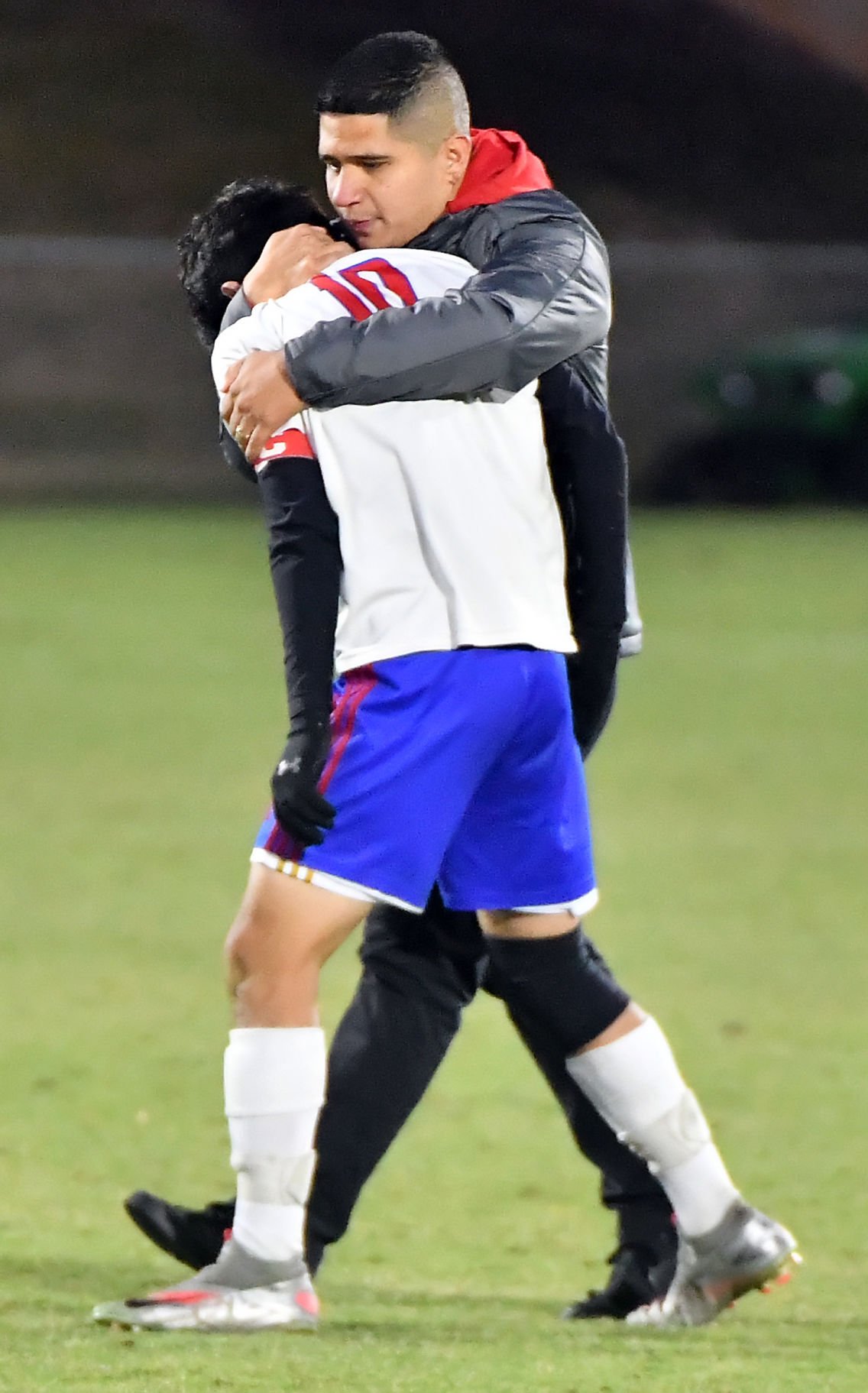 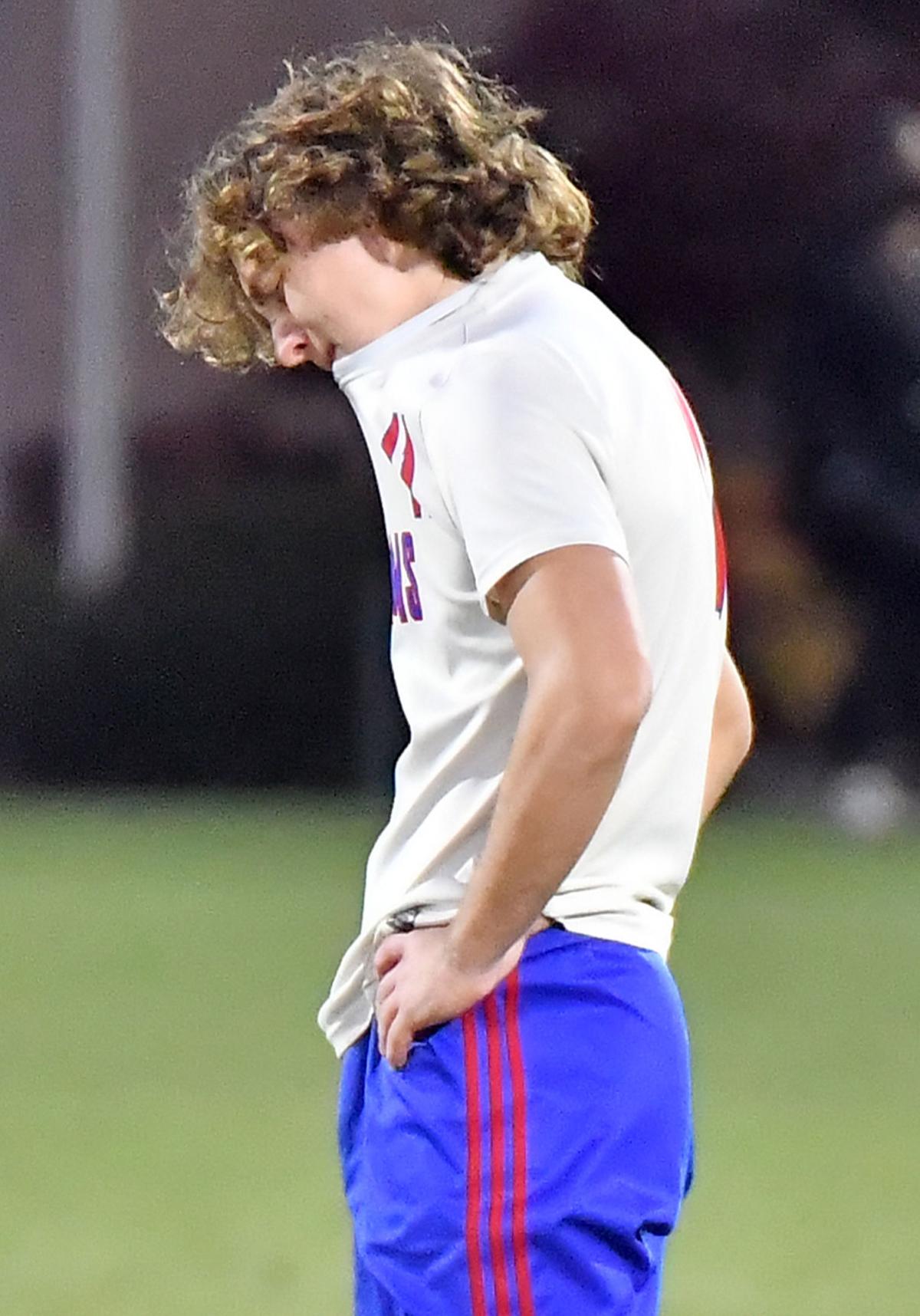 Greene Central senior Nathan Drake contemplates the end of his high school career after the Rams fell to Shelby in the Class 2A state championship soccer match on Saturday. 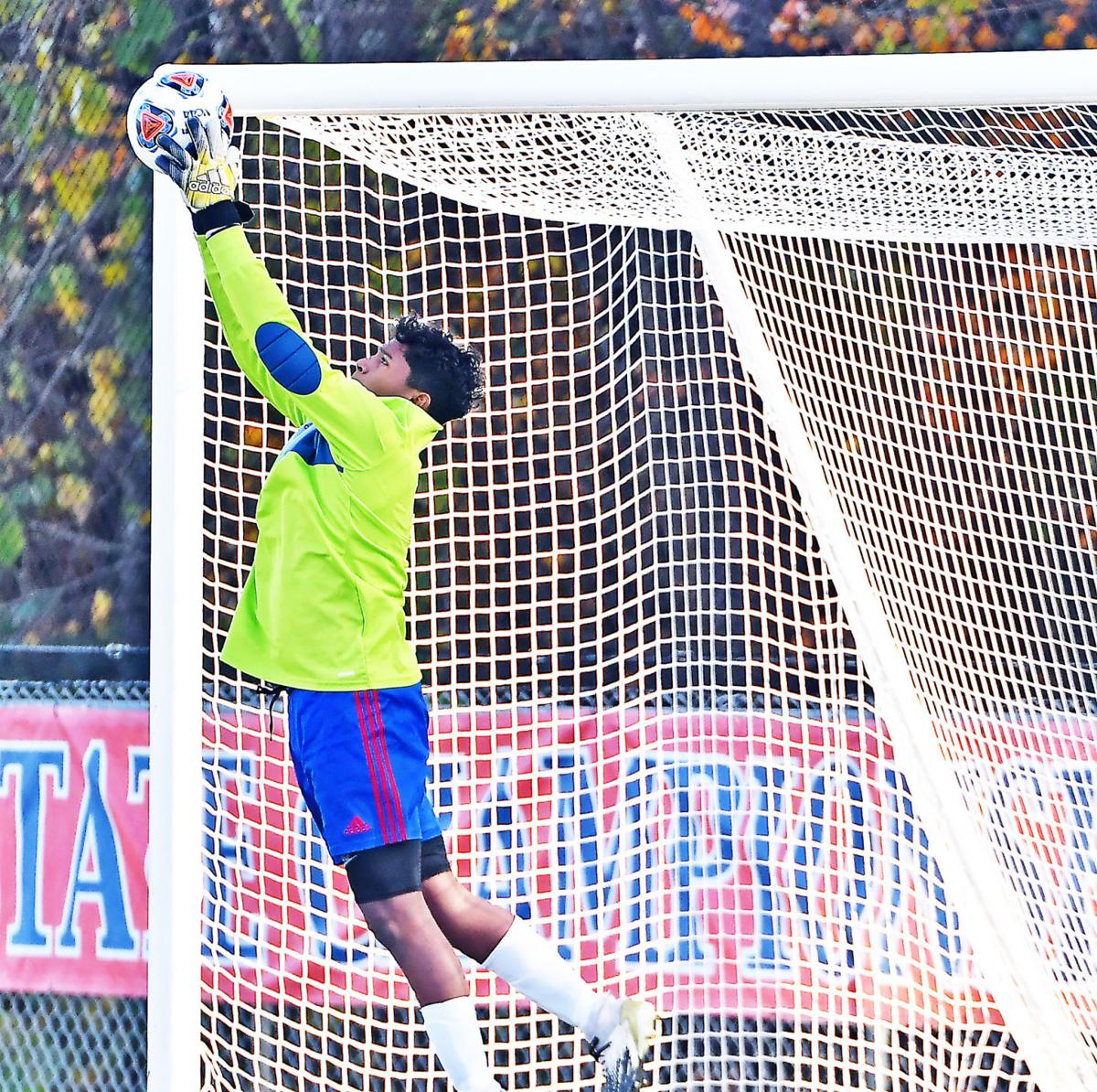 At left, Greene Central goalkeeper Enrique Lopez-Lemus leaps to deny a Shelby goal in the first half. 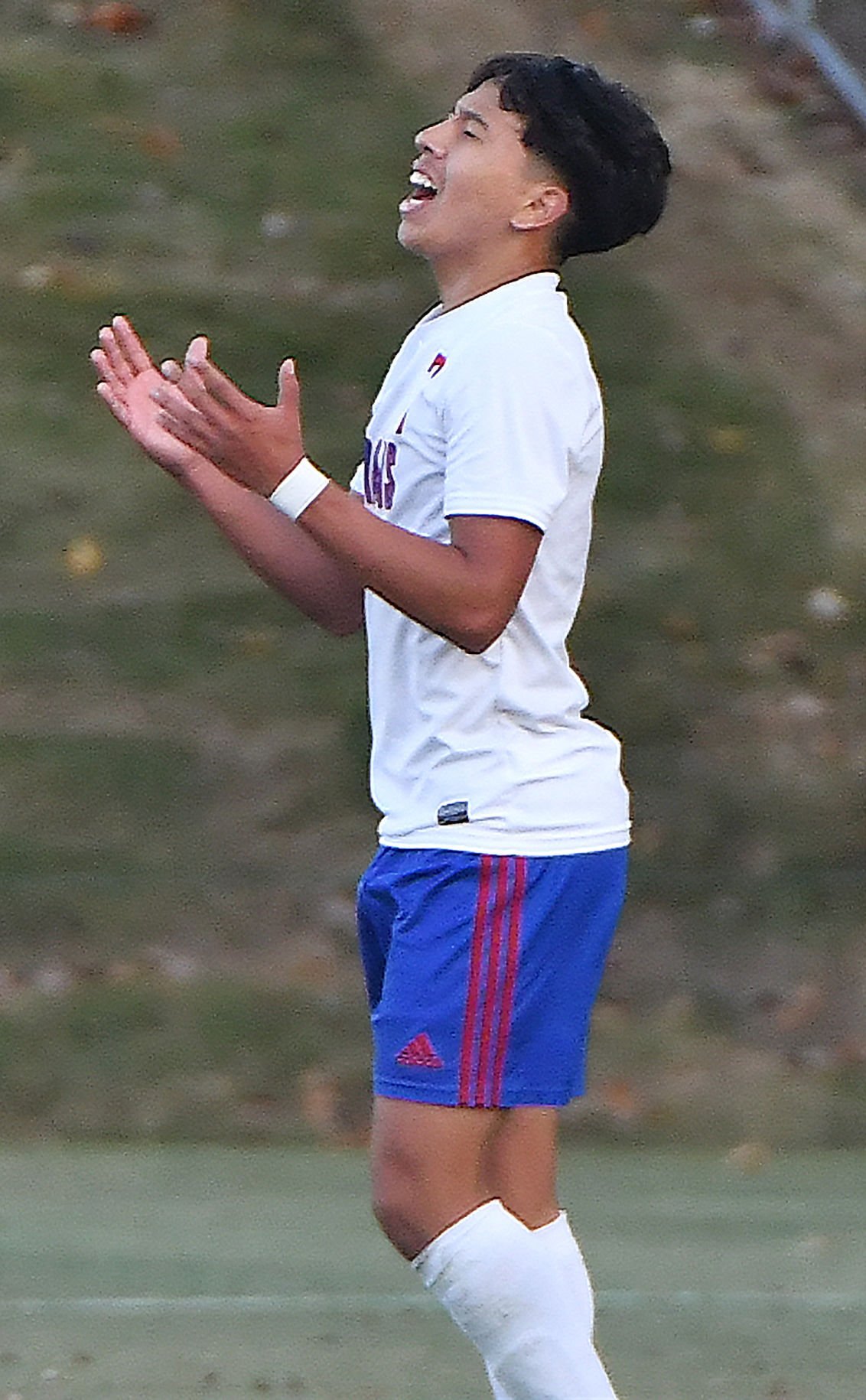 Greene Central’s Ariel Nunez reacts after his potential goal was stopped by Shelby’s Eli Willbanks during the Class 2A state championship soccer match in Cary on Saturday. 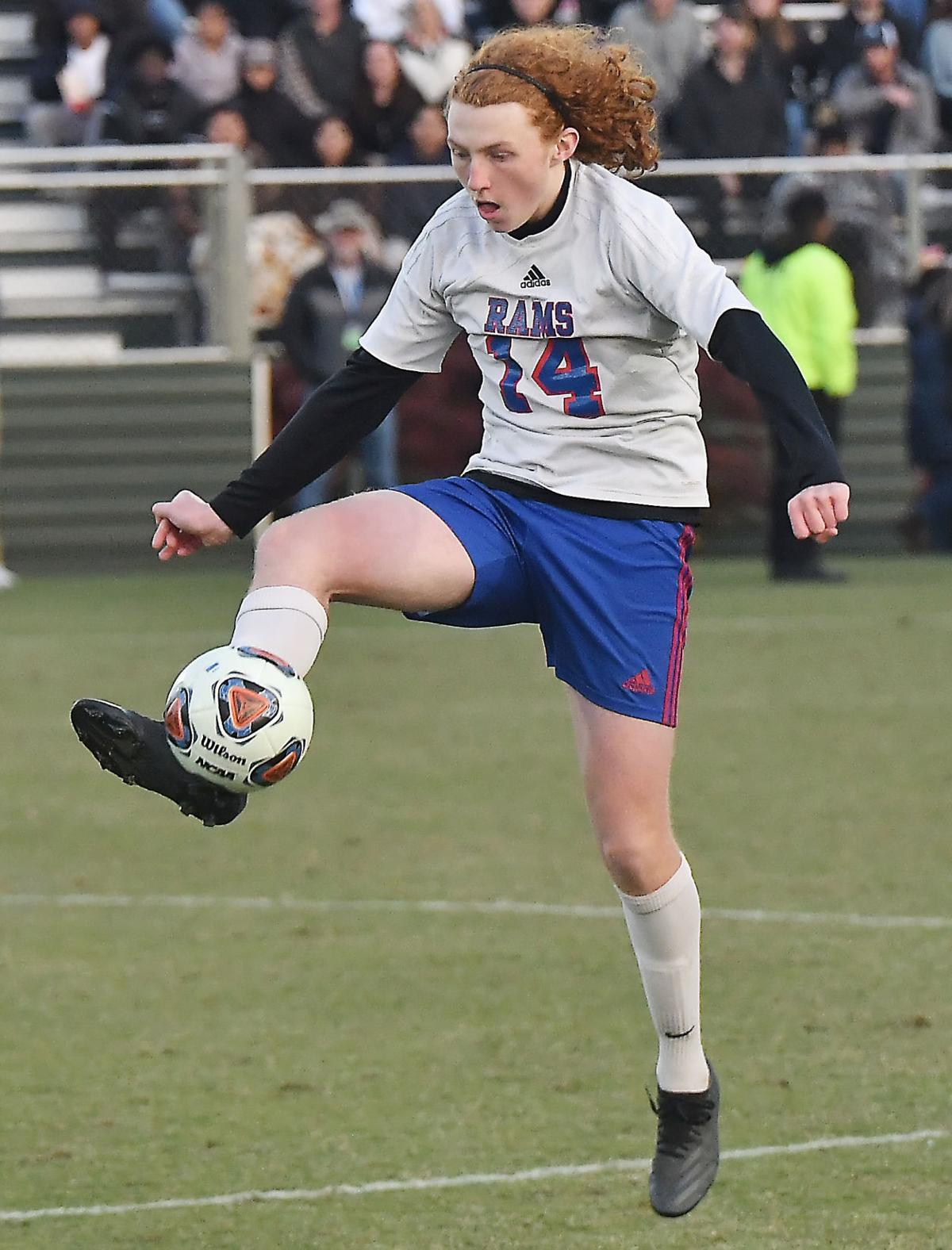 Greene Central senior Nathan Drake contemplates the end of his high school career after the Rams fell to Shelby in the Class 2A state championship soccer match on Saturday.

At left, Greene Central goalkeeper Enrique Lopez-Lemus leaps to deny a Shelby goal in the first half.

Greene Central’s Ariel Nunez reacts after his potential goal was stopped by Shelby’s Eli Willbanks during the Class 2A state championship soccer match in Cary on Saturday.

CARY — The magical season for the Greene Central boys soccer team ended in heartbreaking fashion Saturday night in the Class 2A state championship.

After a scoreless tie through 80 minutes of regulation, two 10-minute overtimes and a pair of five-minute “golden goal” periods, Shelby outscored the Rams 5-3 on penalty kicks to capture the title at Koka Booth Stadium at WakeMed Soccer Park.

Greene Central, making its first-ever appearance in a state championship match, had its 12-match win streak snapped and finished 25-2, with the only 2A loss to Shelby. The Rams’ other loss came to Class 4A D.H. Conley during the regular season.

Shelby, which was the first team to shut out GC’s high-powered offense this season, finished 23-1-2 and won the third state championship in the program’s history.

“I have nothing to complain about with my team,” said GCHS head coach Ricardo Arias. “They gave it their all every single minute they were in there. There was never a time where I looked at them and thought my team wasn’t trying. Unfortunately today, we were on the short end of the stick.”

Greene Central had more of the high-quality scoring opportunities in regulation as the Rams outshot the Golden Lions 25-15 in the match, putting nine of those 25 on goal. Despite the best efforts of leading scorers Nathan Drake and Ariel Nunez, GC could not break through the Shelby defense.

Drake and Nunez combined for 14 shots and caused problems for Shelby’s back line, but the Rams were never able to find the back of the net against Golden Lions goalkeeper Eli Willbanks, who made nine saves en route to being named the match’s Most Valuable Player.

Shelby also had stellar moments of play from Greg Arce and Dylan Steeves but were consistently thwarted by the back four of Greene Central. Ram defenders Miguel Lopez-Berrios and Ernesto Rubio consistently shut down attacks on the flanks and the Golden Lions were not able to put together any attacks at the center of the Greene Central defense.

Neither team generated many opportunities, so the two, five-minute golden goal sessions were next.

After 110 minutes of physical, grueling action, the state championship came down to penalty kicks.

Carter Bridges’ shot gave Shelby a 1-0 lead in the PK session. GC was denied the tie when the Rams’ Enrique Lopez-Lemus drilled a shot off the crossbar and out.

Jack Berkowitz gave the Lions a 2-0 lead, but Greene Central came back with a goal from Jose Morquecho to make it 2-1.

Parker Dixon of Shelby and Nathan Drake exchanged goals to keep it a one-goal deficit for the Rams, 3-2.

Arce’s tally made it 4-2, but the Rams stayed alive on a goal from Eduardo Gonzalez.

In the fifth round, Cade Ledbetter then sealed the championship for Shelby, setting off a massive Golden Lions dogpile near midfield.

It was a disappointing end for the six Ram seniors — Drake, Morquecho, Gabriel Reyes, Gonzalez, Daniel Roman and Jesus Gonzalez.

Arias reflected on his team’s outstanding season, which saw the Rams go 12-0 in the Eastern Plains 2A Conference and win their first Eastern Regional Championship by making it past the second round of the postseason for the first time.

“We are building our program in Greene County and now we will go back and get ready for next season and hopefully we come back stronger,” Arias said.

“It’s tough to put into words, but I’ve got nothing to complain about. There is nothing else I could’ve asked of them. These are the kids who are going to set an example of the younger generation, not only in soccer but as people, and it was awesome to be a part of it. When we look back at our season and what we accomplished … wow. What a great feeling. Unfortunately it came to an end tonight. Props to Shelby — their keeper really kept them in it and we weren’t able to finish the opportunities we did have.”

Willbanks and Morquecho were recognized with the NC Farm Bureau Sportsmanship Awards for demonstrating outstanding sportsmanship throughout the season.